8 Of The World’s Weirdest And Most Beautiful Moth Species

Butterflies tend to get much more positive attention than moths. We want to change that with this list of incredible moth species. 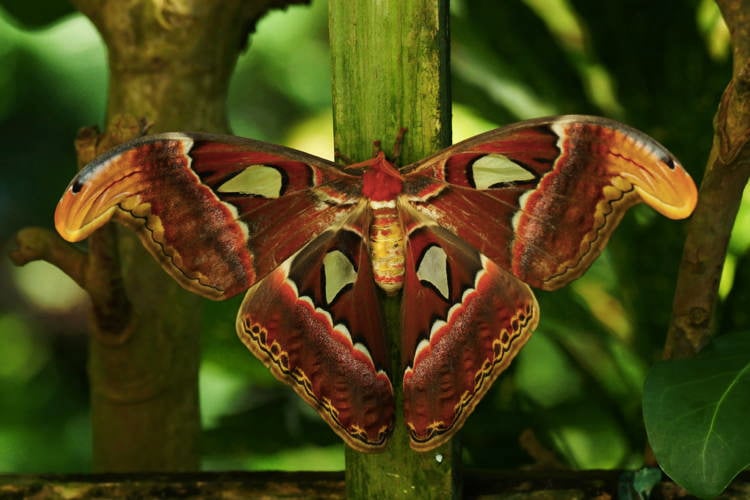 The phrase “like a moth to a flame,” has existed in some form since before Shakespeare referenced it in “The Merchant of Venice.” Why moths are drawn to bright light is still a mystery; though scientists do have theories, including the nocturnal insects’ reliance on bright celestial light, like the moon, for navigation.

Moths are generally considered pests whose larvae eat clothing made from natural fibers like wool or silk. But lepidopterists are drawn to them like, well, like a moth to flame. There are some 160,000 species of moths identified in the world. Here are some of the weirdest and most beautiful.

The Oscar-winning film “Silence of the Lambs” did little to enhance the reputation of moths. It just made one in particular more creepy. Superimposed over Jodie Foster’s mouth in film posters, the Death’s-Head Hawk Moth played a central role in the movie, becoming a clue for the apprehension of a serial killer. 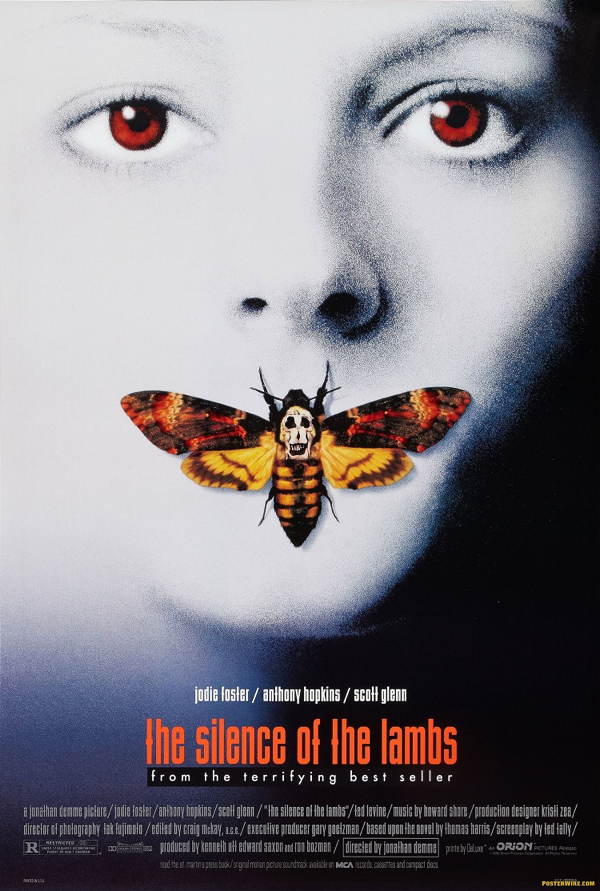 Noted for the image of a human skull on its thorax, the moth has long been surrounded by superstition and fear, which is related both to the skull marking and the moth’s ability to emit a loud squeak if irritated. Aside from being featured in “Silence of the Lambs,” the moth has appeared elsewhere in popular culture, including Bram Stoker’s “Dracula,” Edgar Alan Poe’s short story “Sphinx” and in artwork by German artist Sulamith Wülfing. 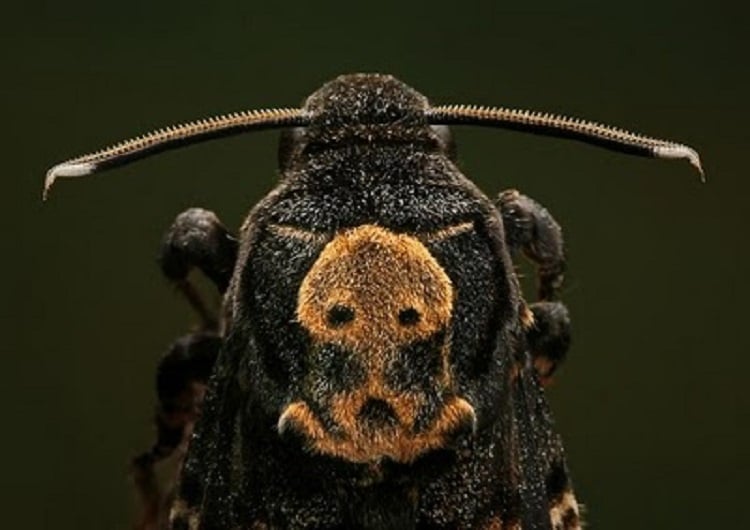 Using the Luna Moth as a marketing image is appropriate for the sleep aid Lunesta. Aside from sharing its first syllable with the moth, the medication is intended to be taken at night, which is the time of day most Luna Moths are active.

The lime-green Luna Moth, with its graceful, elongated wings, is not only one of the most beautiful moths of North America, it is also one of the largest. It has a wingspan of up to 4.5 inches wide and about 5 inches long, rarely exceeding 7 inches. 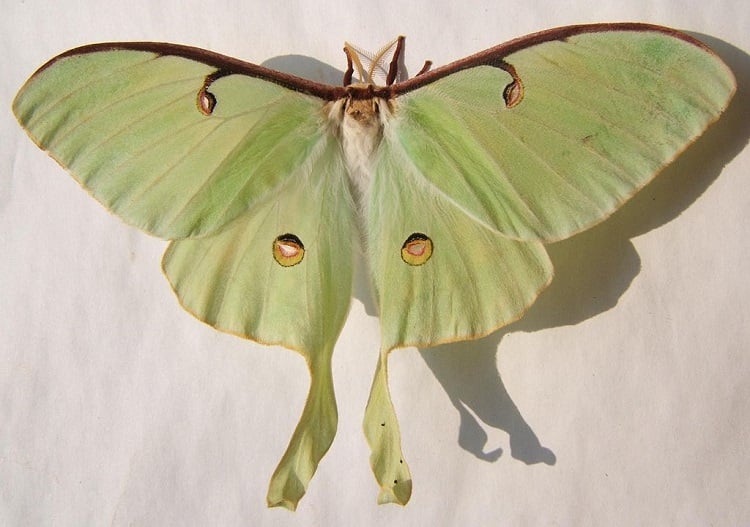 Its tapering, undulating hind wings have eyespots that help protect the moth from predators. Sadly, the adult Luna Moth lives only one week in most climates and their purpose is solely to mate and lay eggs. They don’t even eat during their seven-day life cycle. Why? Luna moths do not have mouths. 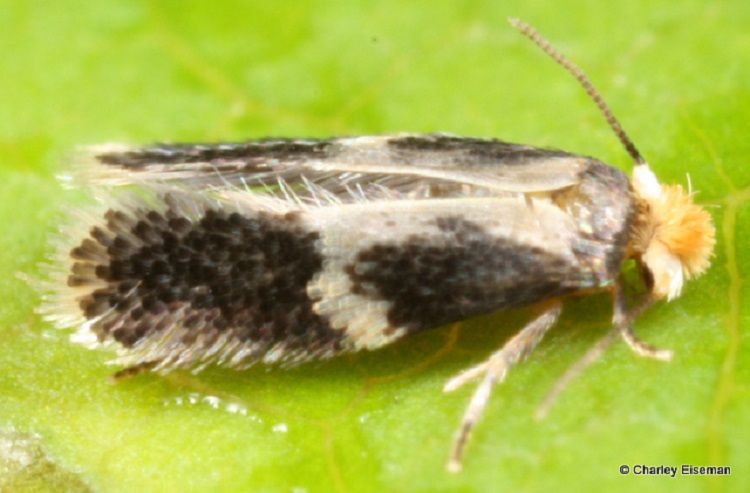 The tiniest moths in the world are in the family Nepticulidae, and can be found worldwide. They are also called pigmy or midget moths, which isn’t surprising since some of them are only as big as the tip of a pencil. Their wingspans can be as little as 3 millimeters. One of the very smallest, the Pigmy Sorrel Moth, can be found throughout Europe, from Sweden and all the way to Romania. 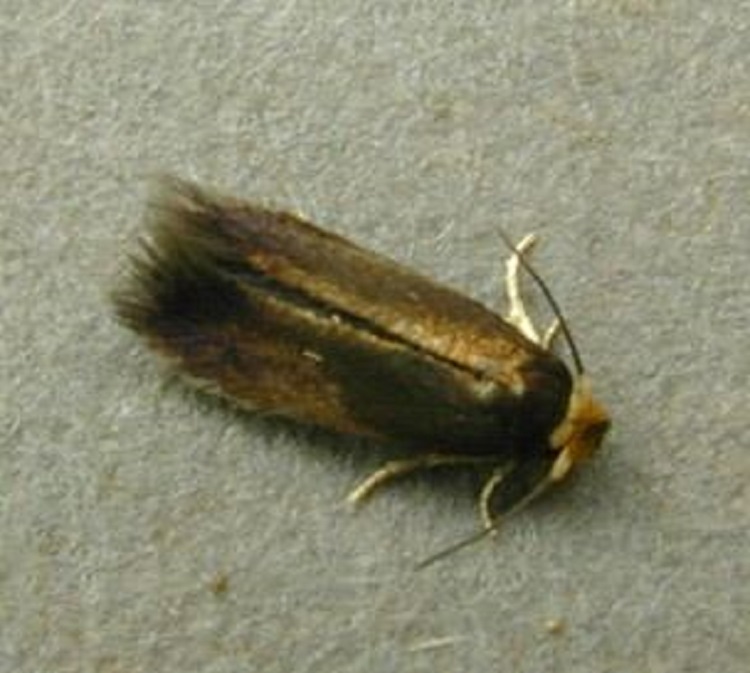 From the smallest to the largest, the Atlas Moth has a wingspan of more than 10 inches and has been mistaken for a bat when in flight. Even their cocoons are large, having been used as women’s purses in Taiwan. The females of the species are considerably larger and heavier than males. It lives in the tropical and subtropical forests of Southeast Asia. 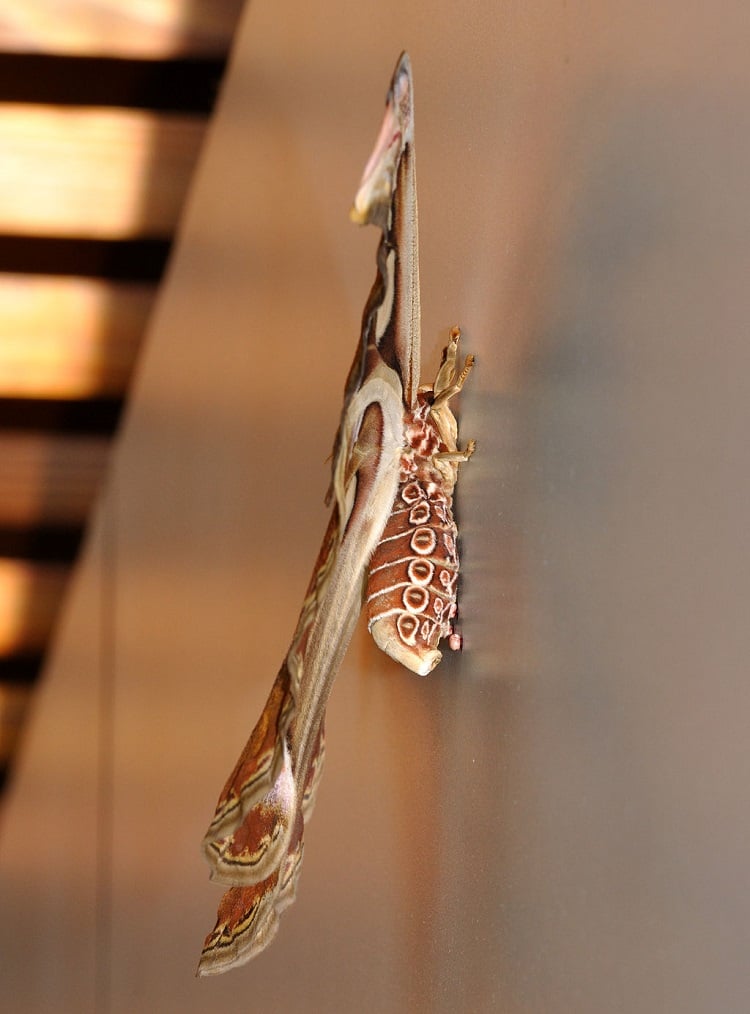