Photographer Andrew Newey captures the Gurung honey hunters as they extract wild honey from cliffs, a sacred tradition that has taken place for centuries. 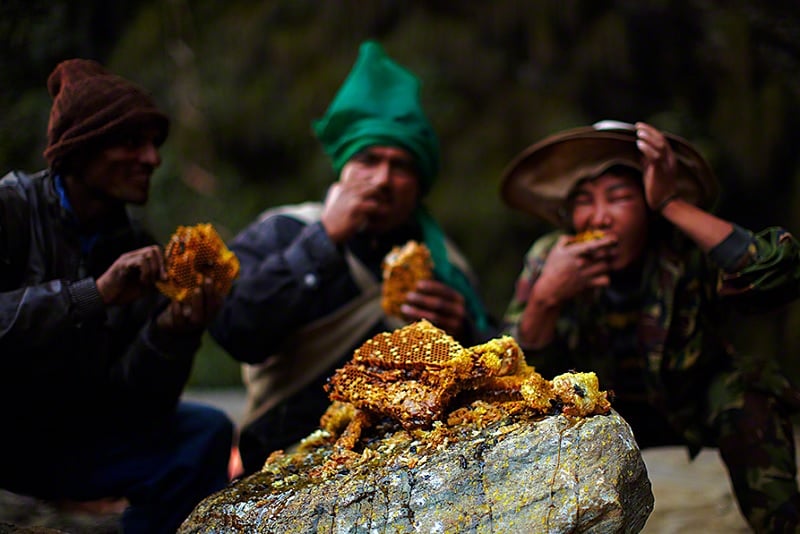 Few have witnessed—let alone captured—the centuries-old traditions of the Gurung honey hunters. Located in the Himalayan foothills of central Nepal, these tribe members utilize centuries of generational wisdom to extract wild honey from hives located hundreds of feet in the air. World-renowned photographer Andrew Newey documents the extraordinary ceremony, which takes place twice a year, with his incredible photographs. 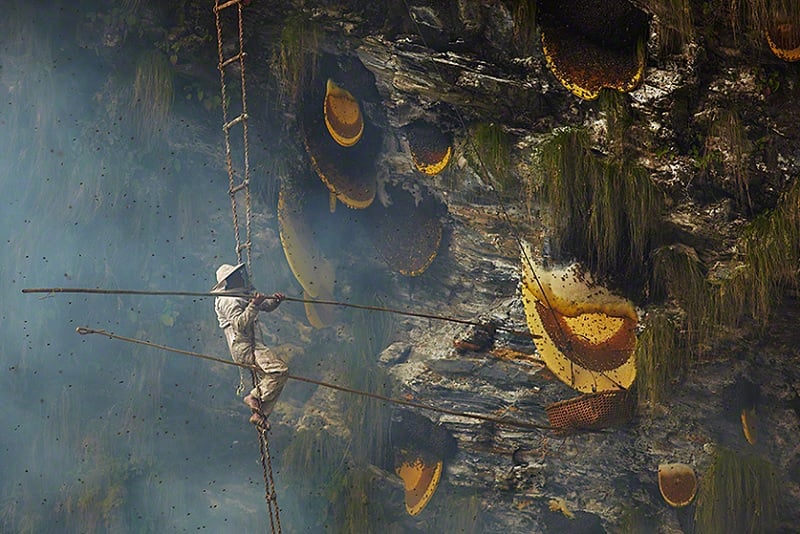 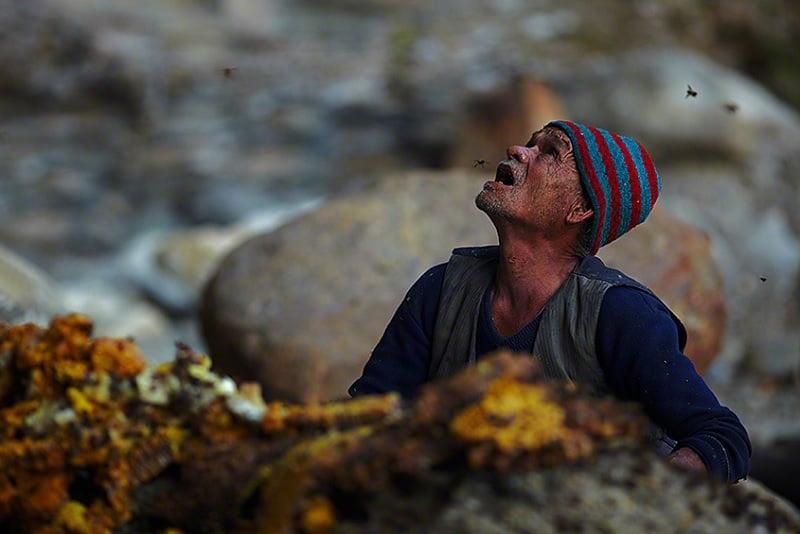 The Gurung Honey Hunters Carry Out An Ancient Tradition

Before collecting the wild honey, the Gurung honey hunters perform a ceremony that consists of sacrificing both food and animals to appease the region’s gods. Then, tribe members make the 3-hour trek to the hives, which are precariously located on steep cliffs. While the Gurung honey hunters use smoke to extract the bees, this process doesn’t prevent them from getting stung. Painful stings, rope burns and blisters are all part of the wild honey hunting experience. 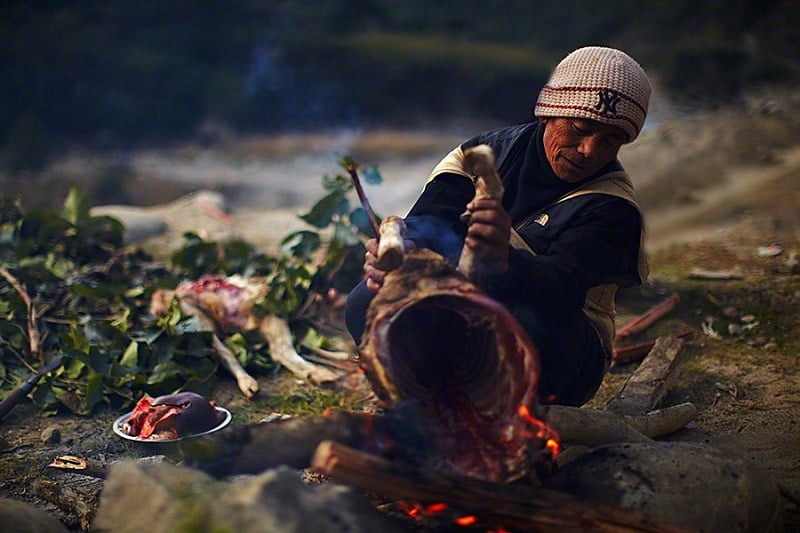 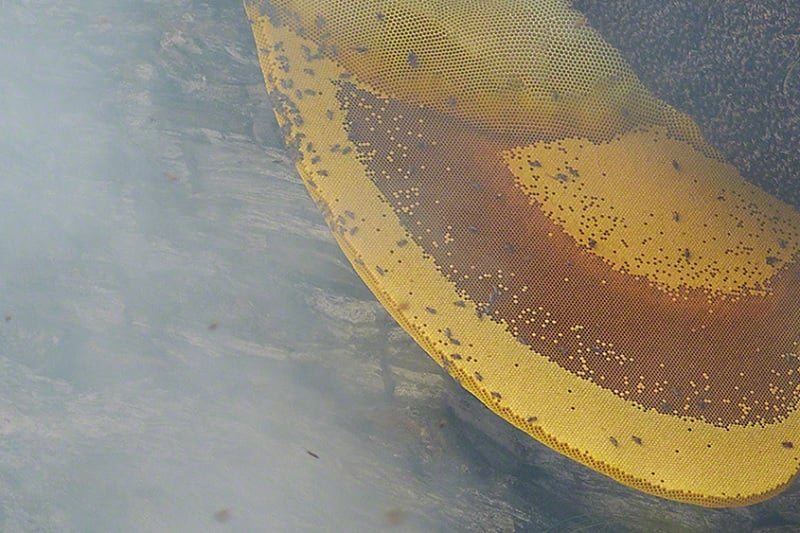 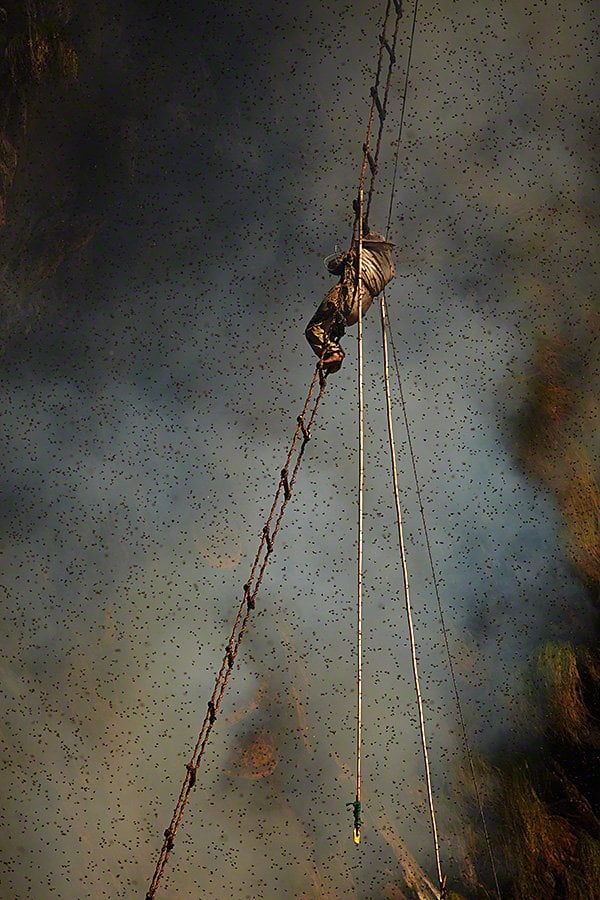 Once the bees have been smoked, a Gurung honey hunter will poke at the honeycomb using a sharpened stick known as a”tango,” all while hanging onto a flimsy-looking, 200-foot ladder. This honey harvester is known as the “cutter.” Once the Gurung tribe members collect enough wild honey (one hive can hold over 50 quarts!), they head home. 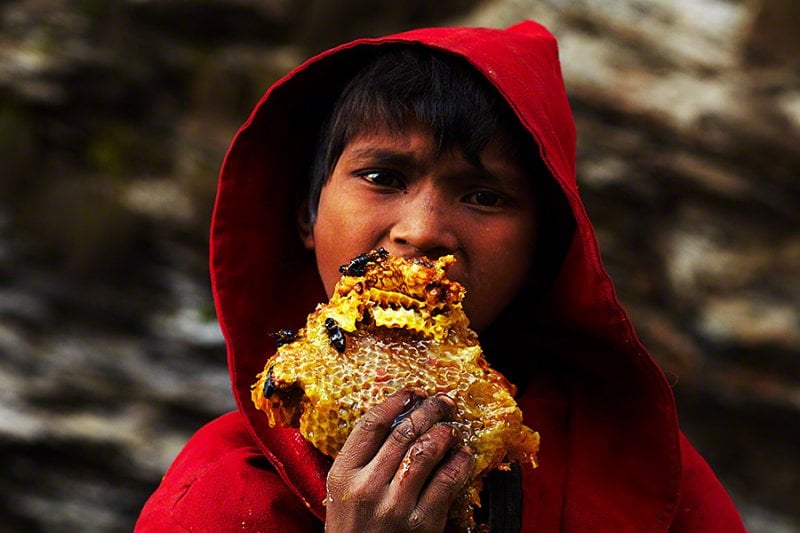 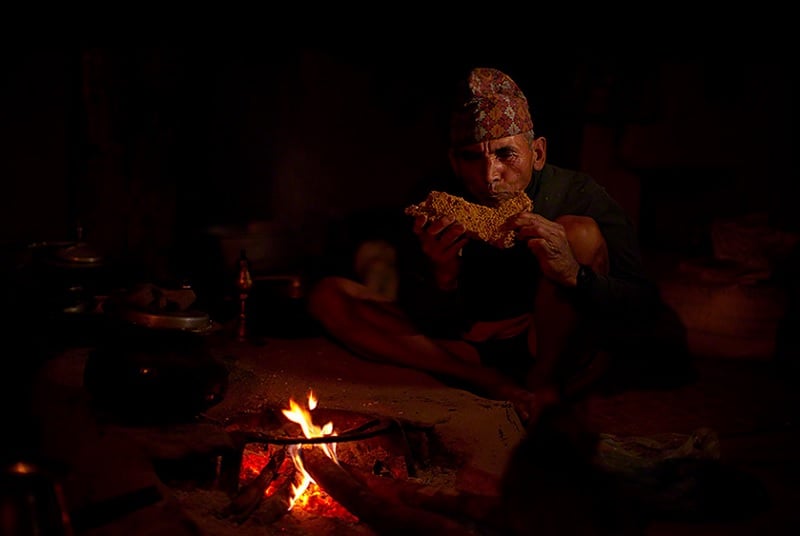 Once back at their village, the Gurung honey hunters divvy up the wild honey to be enjoyed by the honeycomb or stirred into sweet honey tea. Leftover honey can be traded for work, food and necessities. While the Gurung honey hunt has taken place for hundreds of years, in recent times, dwindling wild bee populations have negatively impacted the tradition. The fall hunt that photographer Andrew Newey captured was delayed by six weeks. 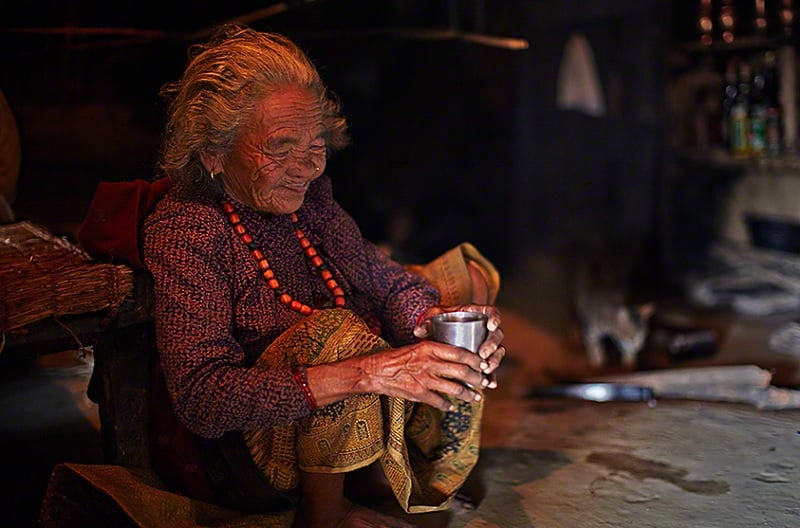 Andrew Newey caught the photography bug after traveling the world in his early twenties. Newey began by shooting landscapes and travel imagery, though he now tours various parts of the world, documenting traditional cultures for the world’s perusal. Andrew Newey has won various awards for his work, both in the United States and Europe. While Newey has shot New Guinea tribes, the Kazakh eagle hunters and the Mentawai people, his photos of the Gurung honey hunters are some of him most incredible photos to date. Check out some of his other work in the images below: 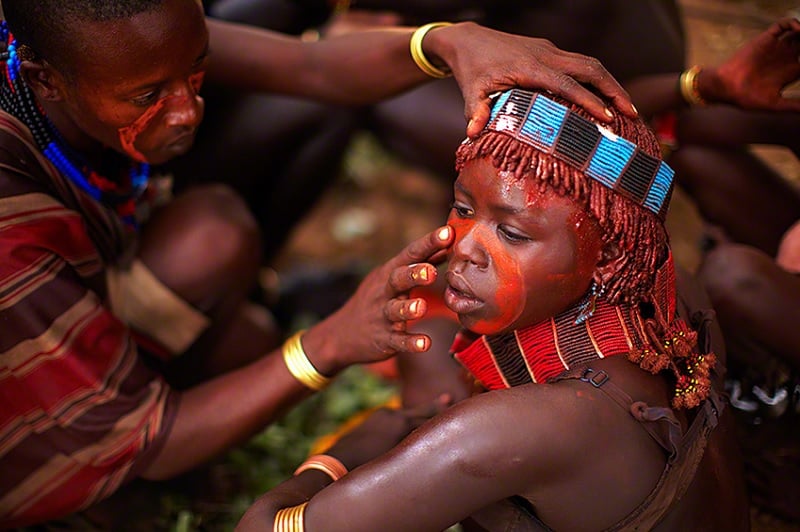 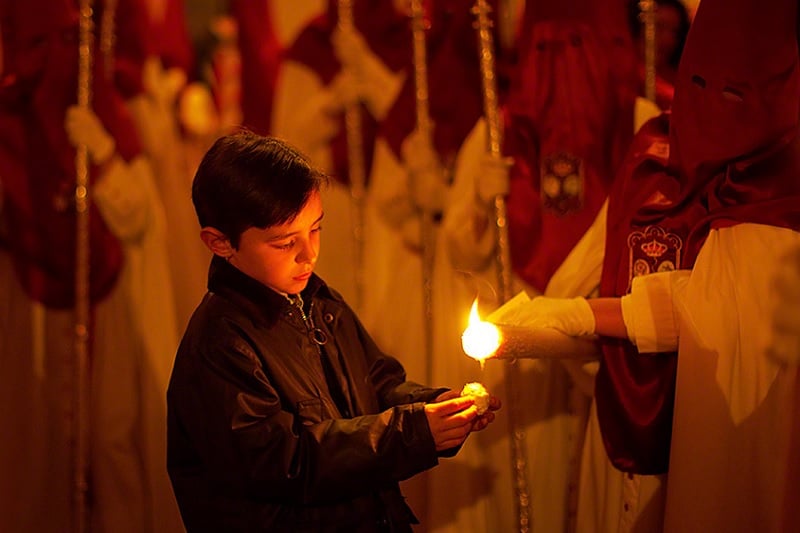 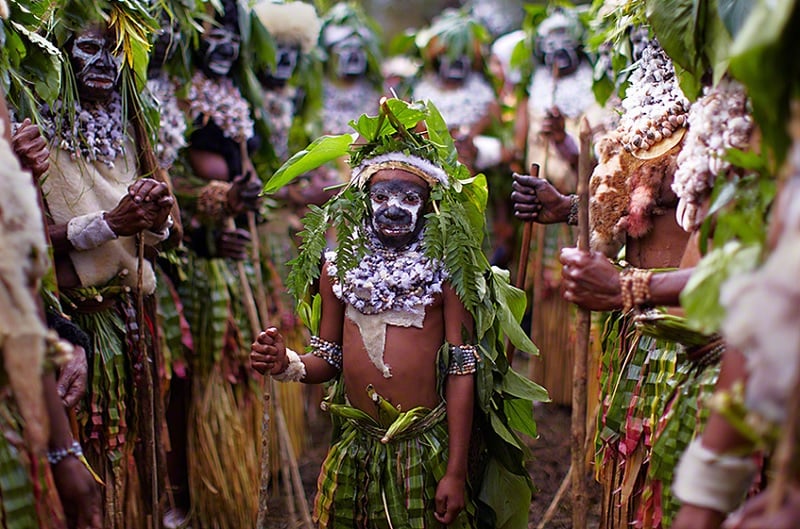 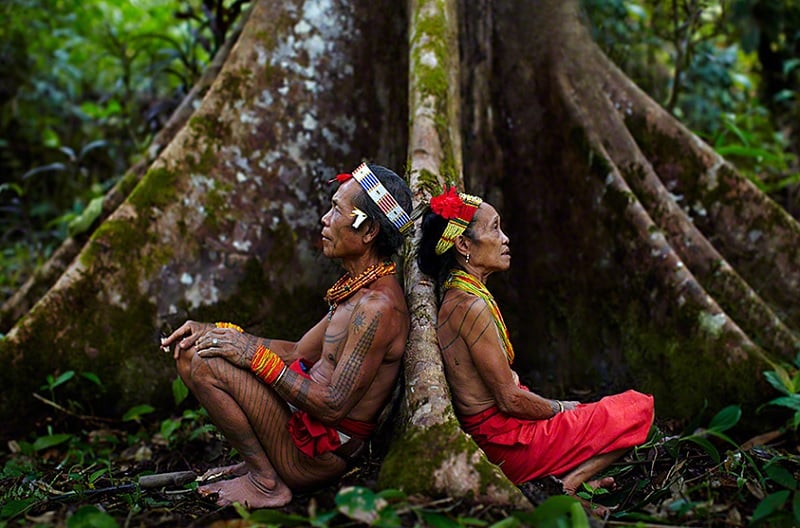