Using rigid wood and his imagination, Bruno Walpoth creates sculptures that are as technically immaculate as they are visually stunning. 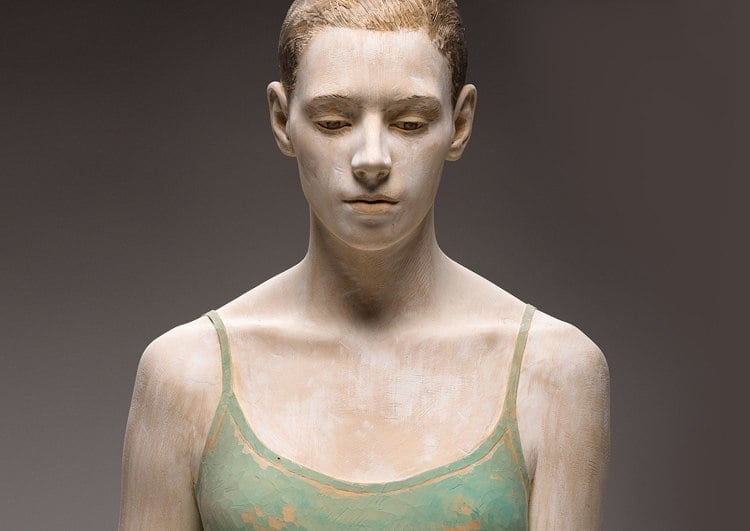 Italian sculptor and artist Bruno Walpoth has a knack for wood against which few can compete. His flawlessly carved creations of the human form are as realistic as they are striking—so much so that from a distance, it is nearly impossible to tell that his figures are not living, breathing beings. Like the tales of Pinocchio and his creator Geppetto, Walpoth’s sculptures certainly seem like they could spring to life at any moment and slip into our world. 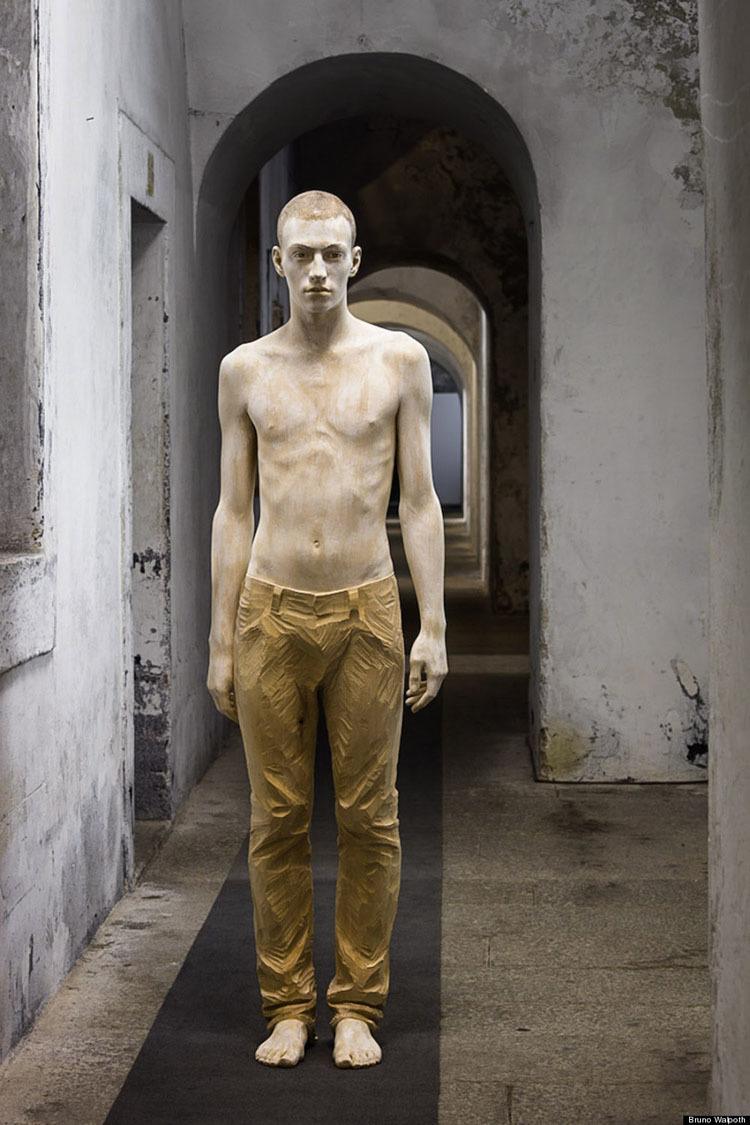 Born in the Val Gardena region of Italy, Walpoth grew up in a renowned woodcarving culture and has continued in the footsteps of his family members who themselves were master artisans. 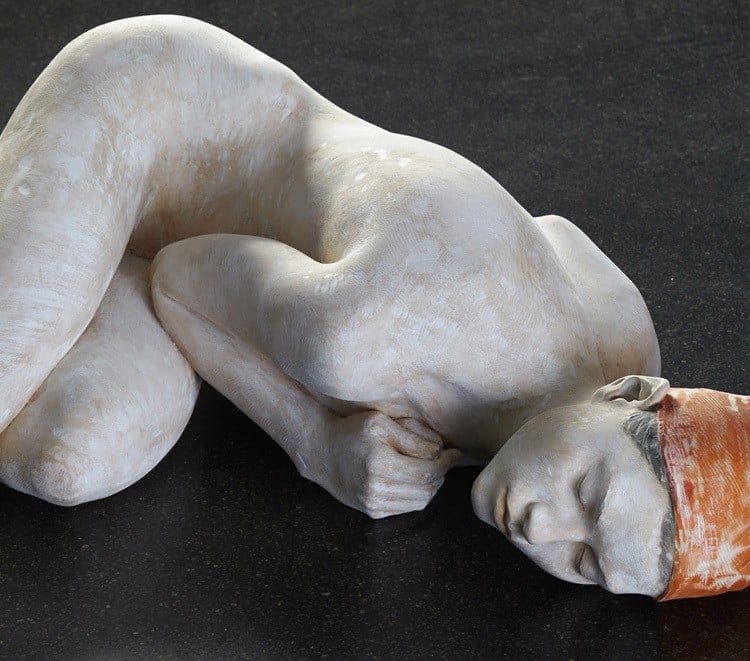 In a recent letter to the Huffington Post, Walpoth touched on his roots, saying that:

In our valley there is a 400-year-old tradition of wood-sculpting culture. Both my grandfather and my uncle were wood sculptors, and so I grew up with this medium. 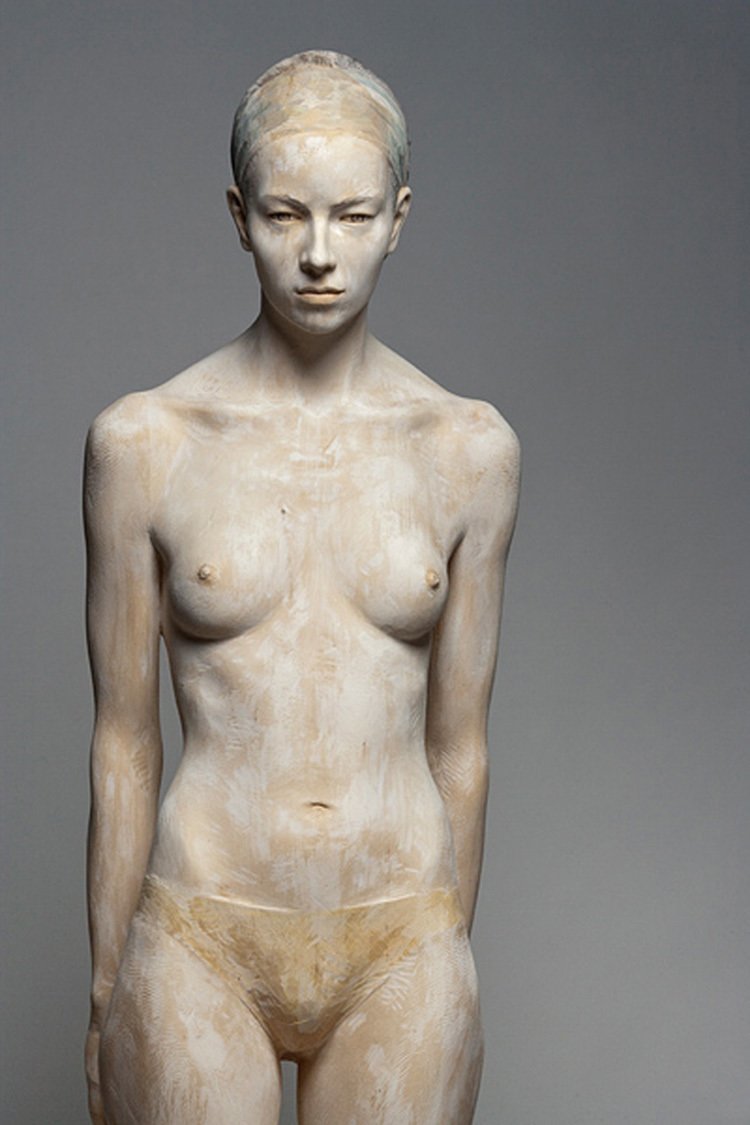 It takes a truly masterful—and patient–hand to recreate the human body from a single piece of wood. Walpoth typically spends two months on each life-sized sculpture. 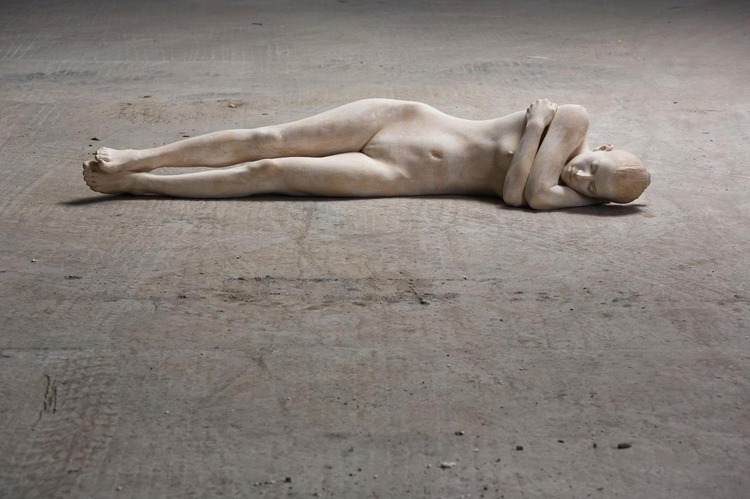 Every curve and contour shows the kinds of depth and warmth that can be rendered from wood. Capturing an emotion in a sculpture—let alone one challenged by the rigidity of wood–takes great skill, and maybe just a touch of magic. 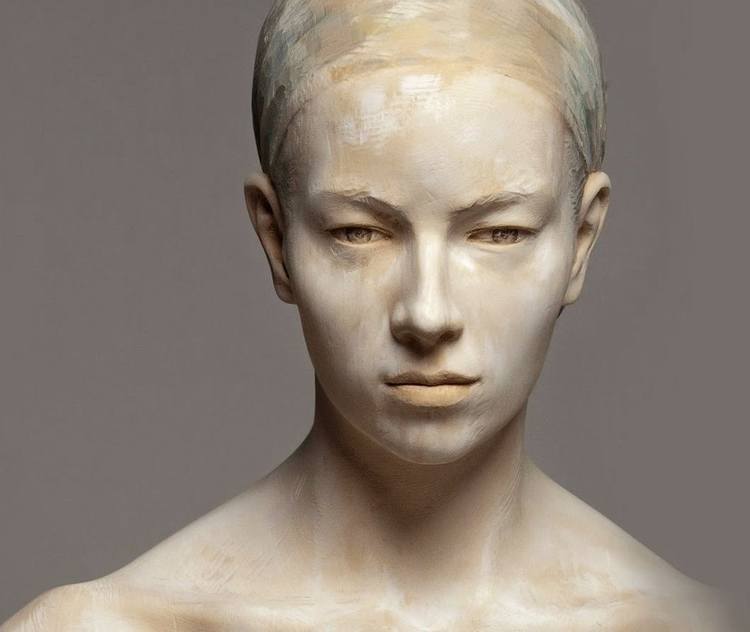 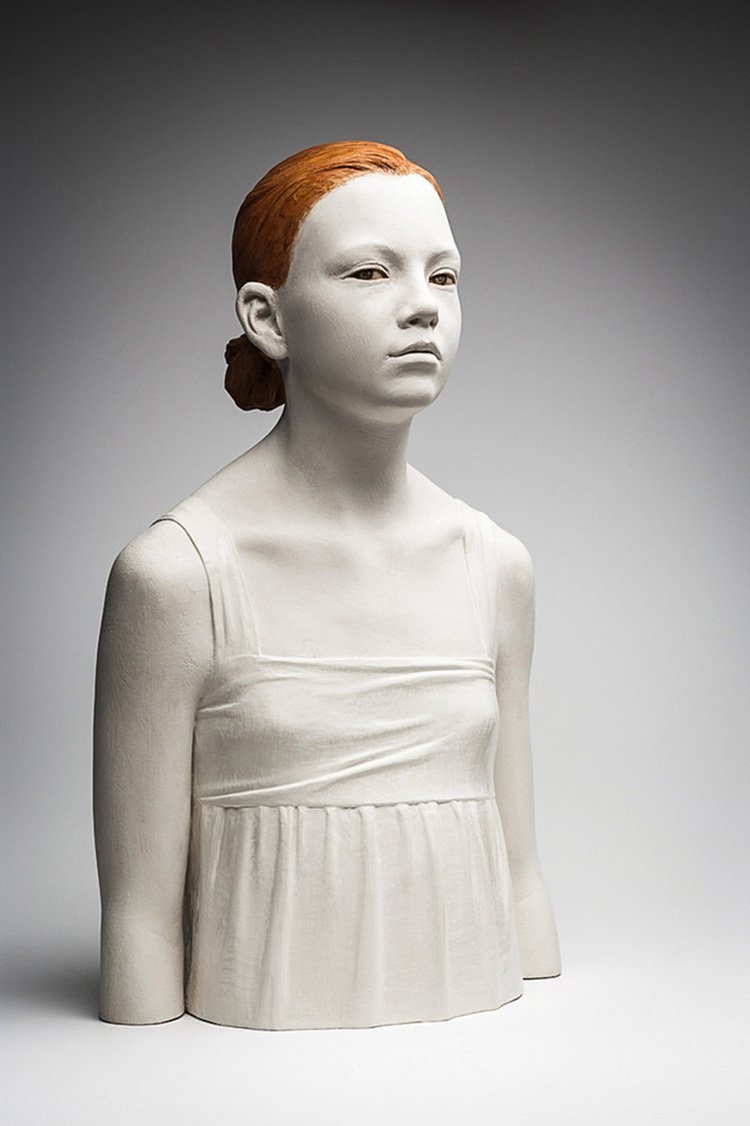 Through his extensive apprenticeship which began at the age of 14, Bruno Walpoth honed his art and gradually perfected the fundamentals of woodcarving. He then attended Munich’s Academy of Fine Arts, where he separated himself from the artisans of the past by implementing a marriage of practical experience and theoretical knowledge in his work, giving the Italian artist a style all his own. 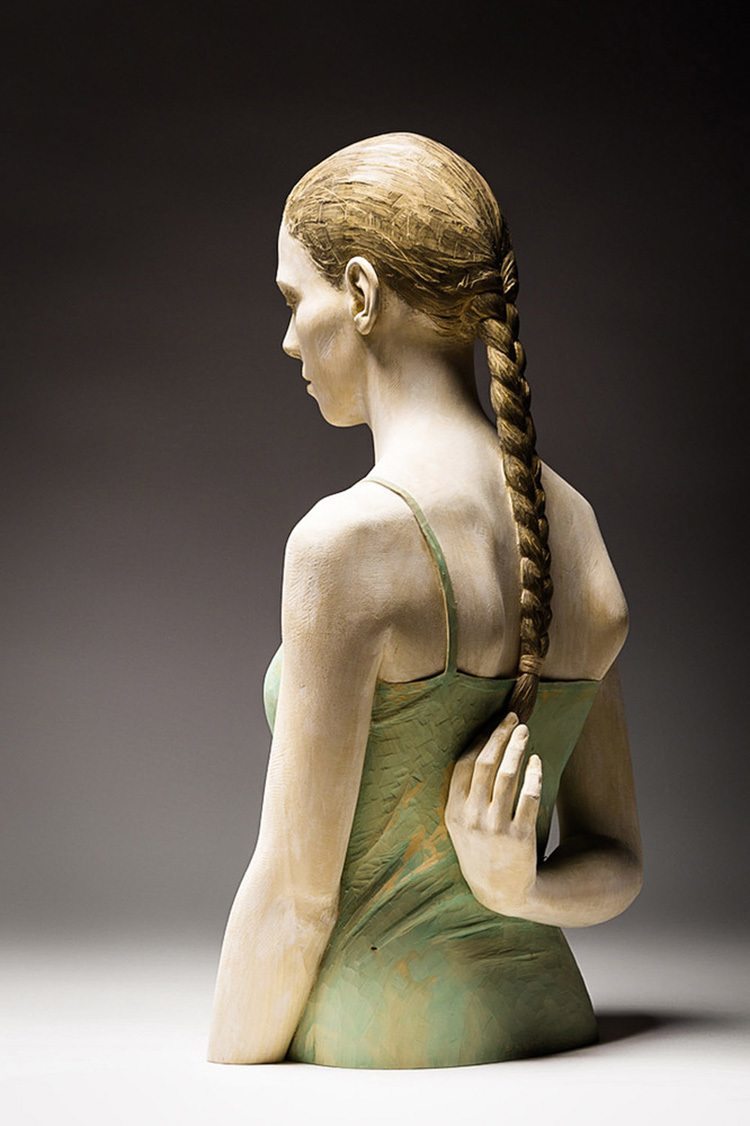 It is not just the body and facial expressions of his works that render the sculptures alarmingly human; Bruno Walpoth has a delicate touch when it comes to hair. 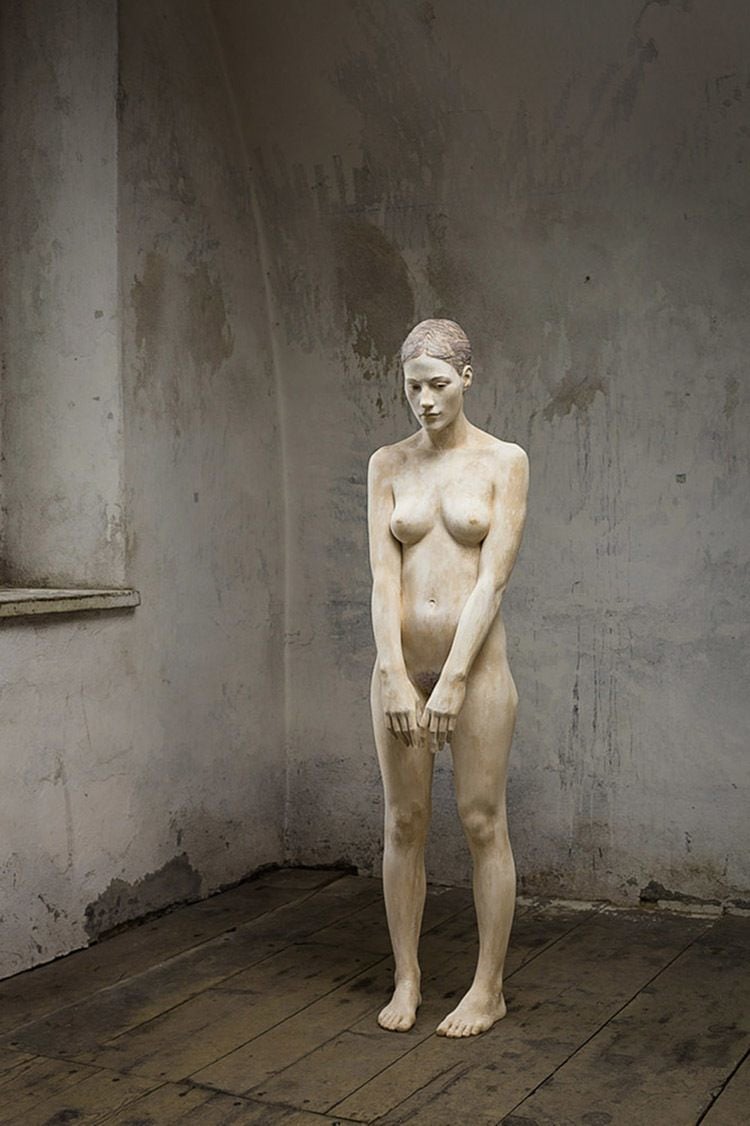 Bruno Walpoth breathes life into the wood, injecting grace and softness into a medium inherently hard and coarse. Juxtapositions like this make Walpoth’s creations even more impressive. 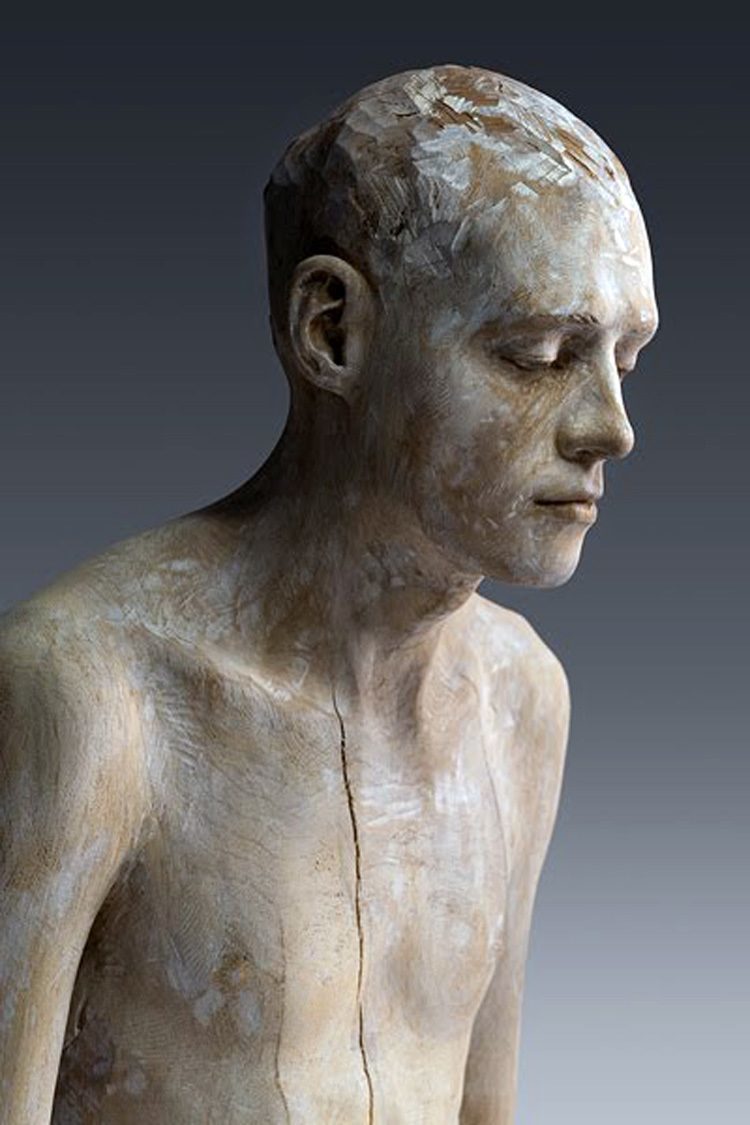 Some sculptures have an unfinished appearance, evoking a certain uneasiness. Age lines and hardship sliced into the sculptures’ wood faces play powerfully against the image of youthful figures. 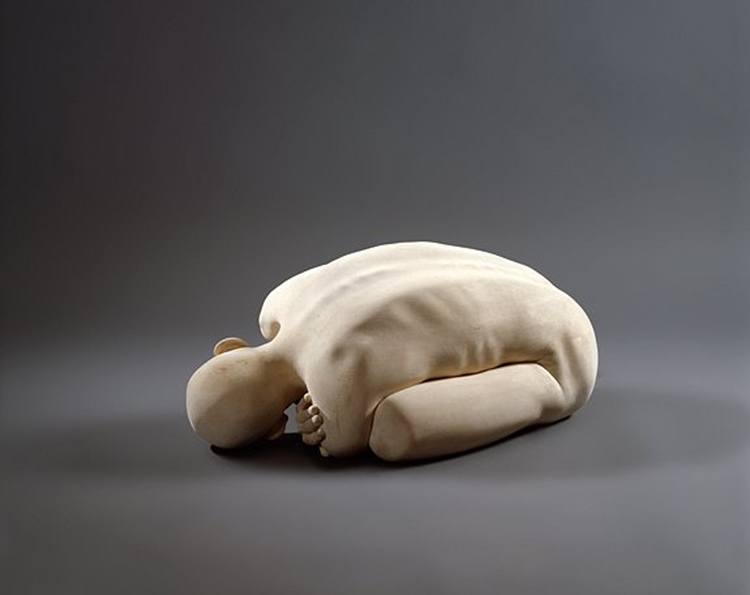 Other works are carved in non-traditional and seemingly uncomfortable positions that exude a feeling of frailty and even pain within the wood itself. Lifelike expressions and depth of emotion work to draw the viewer deeper under the artist’s spell. 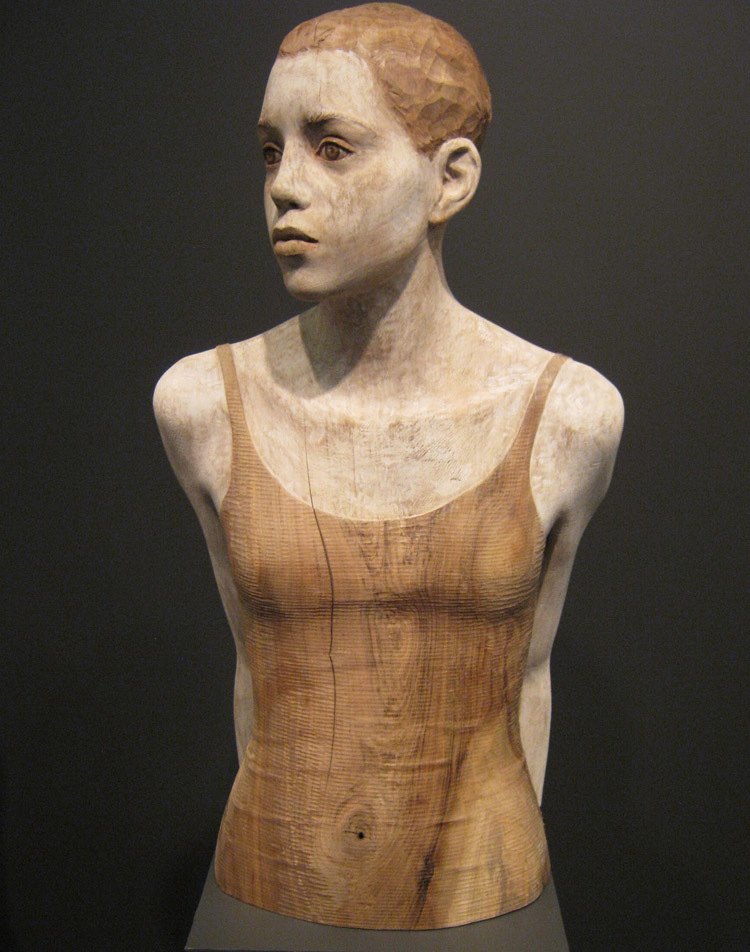