Likely inspired by the now-extinct giant vampire bats that once flew over Central America, it's no surprise that Camazotz was one of the most fearsome Maya deities. 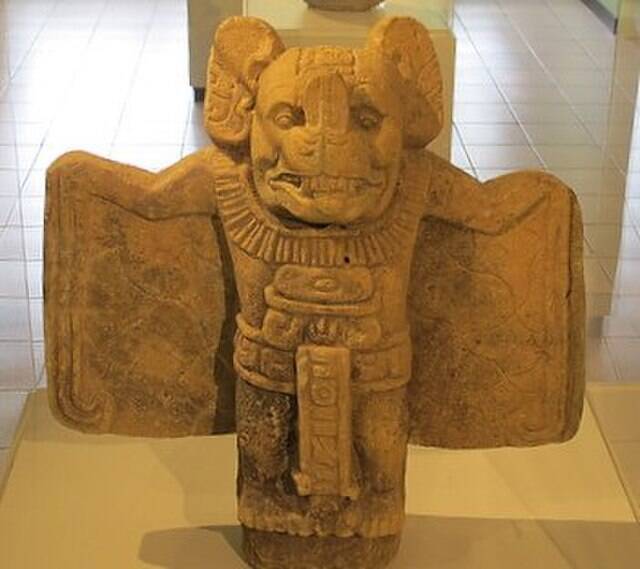 The ancient Maya had hundreds of deities that they believed oversaw humanity, established order, and even controlled life after death. Many of these gods were rather terrifying, but one of the scariest of them all was Camazotz.

Portrayed as an anthropomorphic leaf-nosed bat, Camazotz was a god of death, night, and sacrifice. He supposedly fed on blood, and legend says he even played a role in the origin of the sacrificial rituals the Maya were known for.

Experts believe Camazotz was inspired by the giant vampire bats that used to swarm the skies over Central America. One of these species of bats, Desmodus draculae, is now extinct, but its nearly two-foot wingspan and tendency to prey on animals as large as deer likely contributed to the idea of a vicious, bat-like god.

While the Maya civilization was rapidly declining by the 11th century C.E., the mythology surrounding Camazotz carries on to this day — and it’s just as horrifying now as it was nearly 2,000 years ago.

The Origins Of The Maya Bat God Camazotz

A bat-like deity was first mentioned by the indigenous Zapotec people of Mexico around 100 C.E. According to Historical Mexico, the Zapotecs believed that bats represented death because they often saw them flying out of the sacred cenotes, or caves that they believed were portals to the underworld.

The K’iche’ Maya of modern-day Guatemala likely adopted this bat deity and combined it with their own fire god to create the horror that is Camazotz.

Even Camazotz’s name is frightening. From the K’iche’ words kame, meaning “death,” and sotz’, meaning “bat,” the word translates literally to “death bat” — and he certainly lived up to his name.

Camazotz was a large, leaf-nosed bat with a human-like form. He was usually depicted with a sacrificial knife in one hand and a human heart in the other.

According to Ancient Origins, Camazotz was said to fly out of caves, grab victims by the neck, and decapitate them before soaring away. This idea likely came from one of the most well-known myths about the god — one that could easily be mistaken for a nightmare.

The Violent Depictions Of Camazotz In Maya Mythology

The gruesome story of Camazotz and the Hero Twins Hunahpú and Xbalanqué can be found in the Popol Vuh, a sacred narrative of the K’iche’ Maya that contains all the indigenous mythology of the civilization, including the Maya creation myth and a chronicle of the K’iche’ people, according to the World History Encyclopedia.

Popol Vuh translates literally to “Book of the Mat,” because so many Maya people heard its stories while sitting on mats and listening to their elders pass them down. However, it’s essentially a “Record of the Community,” as it preserves the history and culture of the K’iche’ civilization. The stories have existed for millennia, but they weren’t committed to paper until the 16th century.

Within the Popol Vuh are numerous stories about Hunahpú and Xbalanqué, the demi-god Hero Twins who play a large role in Maya mythology. In one of the tales, the twins were challenged to spend the night in Zotzilaha, or the House of Bats. 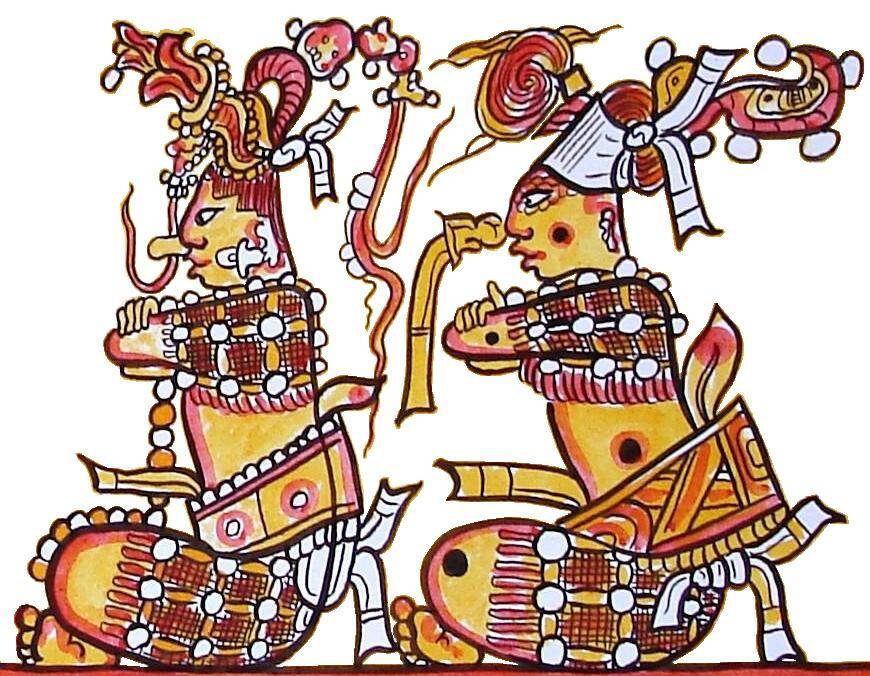 As the legend goes, Hunahpú and Xbalanqué took shelter in their blowguns to hide from the bats. But when the night grew quiet and the bats stopped flapping their wings, Hunahpú stuck his head out of the blowgun to see if morning had come. Unfortunately, this decision proved to be fatal. Camazotz had been waiting silently.

In an instant, Camazotz swooped down and grabbed Hunahpú’s head, decapitating him. The bat god then carried the head to the ball court of the underworld for the other deities to use as a ball in their next game.

The Popol Vuh mentions Camazotz once more when it details the story of how mankind learned to create fire. In the myth, a bat-like creature whom experts believe to be Camazotz was sent as a messenger between Xibalba — or the underworld — and the first tribes of mankind. Lord Tohil, the patron god of the K’iche’, asked the bat deity to broker a deal with the humans, who wanted fire.

Mankind offered Camazotz their armpits and waists in exchange for fire. This was said to be the origin of the ritual of human sacrifice, in which victims were cut open from the top to the bottom of their torso.

It’s easy to see why Camazotz was such a fearsome deity. But his real-life inspiration was equally as chilling.

How The Legend Of Camazotz Persists To This Day

Vampire bats still fill the skies above Mexico and Central America today, but the common vampire bat has nothing on the species that existed alongside the Maya.

Desmodus draculae went extinct in the 1800s, but while it lived, it would have been a sight to behold. With a wingspan of 20 inches, the creature was larger than a computer keyboard, and it sucked the blood of animals like deer and llamas. 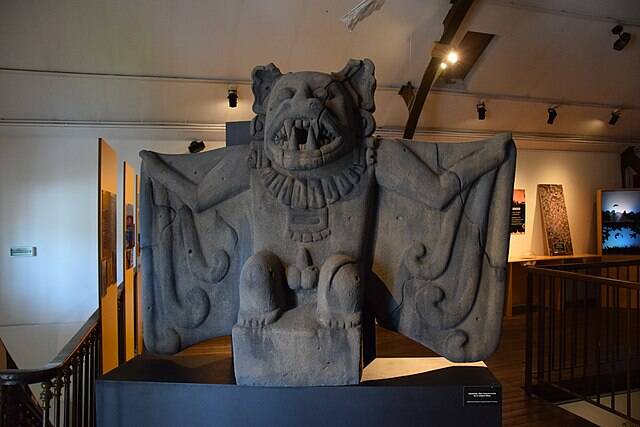 Wikimedia CommonsA sculpture of Camazotz at the Museum of Natural History in Bourges, France.

While these giant bats died out hundreds of years ago, strange sightings of huge, bat-like creatures continued well into the 20th century. According to Blue Roadrunner, in the 1950s, a couple walking in Pelotas, Brazil reported seeing two large humanoids in a tree one night. Authorities wrote them off, insisting they’d simply spotted large birds, but the sightings continued.

In 1976, two girls spied a large, bird-like figure they described as having a “gorilla-like” face. The next day, it was discovered that the creature had left behind several three-toed tracks.

Sightings of this bird or bat with a gorilla face have occurred as far north as Texas, where several farmers claim to have encountered it in their fields. With so many sightings on record, it’s difficult to write off the existence of some sort of humanoid bat creature that flies around consuming livestock.

Perhaps it’s even Camazotz himself.

After learning about Camazotz, the Maya “death bat,” meet Moloch, the ancient pagan god of child sacrifice. Then, read about these eight Norse gods with outrageous stories.

Kathryn Olvera
Kathryn Olvera is a Pacific Northwest-based writer and editor who studied creative writing and journalism.
You might also like
Remove Ads
×
Follow hu On