Between 1977 and 1984, Cameron and Janice Hooker kept Colleen Stan inside a wooden box under their bed, only taking her out to torture her.

When Cameron Hooker was a teenager, his family noticed that he became increasingly withdrawn and they started to become concerned. But they could never have guessed what he would turn out to be.

Decades later, in fact, a California judge deemed Cameron Hooker “the worst psychopath I have ever dealt with.” Those remarks came at the conclusion of his 1988 trial for the kidnapping, rape, and torture of a young woman named Colleen Stan. She became known as the “The Girl in the Box” because Hooker kept her prisoner inside a wooden, coffin-like box under his bed during much of her confinement inside his home in Red Bluff, California between 1977 and 1984. 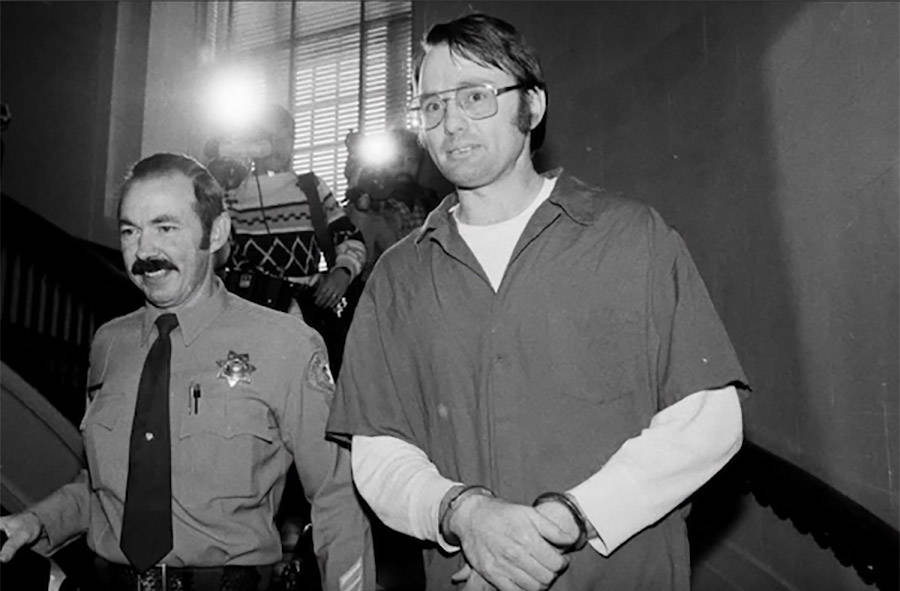 YouTubeCameron Hooker at his trial.

Together with his wife Janice Hooker, Cameron Hooker fabricated the existence of a secret, omnipotent agency known as the Company and threatened Stan into submission, saying that if she tried to escape, the Company would come for her.

But in the end, it wasn’t Stan who brought this predator down, but instead it was Janice Hooker. She eventually could take no more of her husband’s crimes and turned him over to the police in 1984. It was only then that the full extent of the horrors he’d perpetrated finally came to light.

Janice And Cameron Hooker’s Marriage Before The Atrocities Began

The early life of Cameron Hooker offers few hints at the monster he would become. Born in Alturas, Calif. in 1953, Hooker moved around quite a bit with his family but was generally recalled by former elementary school classmates as “a happy kid” who enjoyed making the other children laugh.

The Hooker family finally settled down in Red Bluff, Calif. in 1969, around which time Cameron’s personality also underwent a marked change. He became withdrawn and avoided social activities, though he was far from the first teenager to go through an awkward phase and the rest of his high school career passed without any notable incidents.

It wasn’t until he met his future wife, Janice, that a darker side came to light. 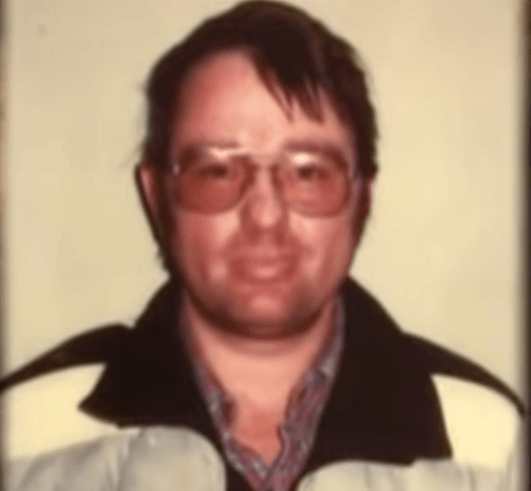 YouTubeCameron Hooker was a quiet and withdrawn teenager, but no one suspected that his silence concealed a monster.

Janice was just 15 when she met the 19-year-old Hooker, who was by then working at a lumber mill. The teenage girl was insecure and admitted that “no matter how good or rotten a guy was to me, I just kind of latched on to him.” She remembered Hooker as, “nice, tall, good looking,” and was delighted by the interest of the older boy.

Janice later described herself as the “kind of person who gave in so somebody would love me.” When Hooker asked if he could suspend her from a tree by leather handcuffs, something he claimed he had done with other girlfriends, she readily complied. Although the experience hurt and frightened Janice, Hooker was so affectionate afterward that she managed to dispel any misgivings. As the relationship progressed, so did the violence Hooker performed on Janice. 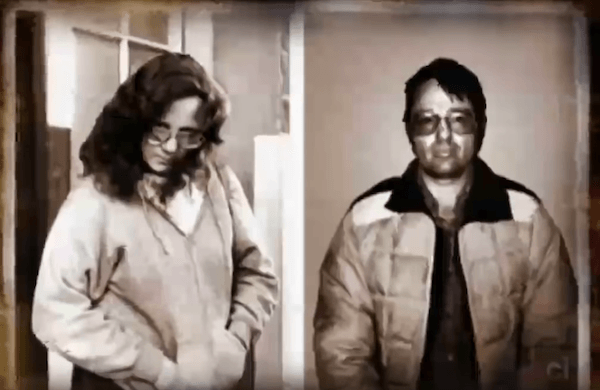 YouTubeJanice Hooker and her husband Cameron.

Cameron Hooker and Janice wed in 1975. The sadomasochistic acts had expanded to include whippings, chokings, and underwater submersions to the point where Cameron nearly killed his young wife.

Janice would later testify that although she did not enjoy these acts, she continued to love Cameron and, above all, desired to have a child with him. The same year that they were married Cameron and Janice came to the agreement that they could have a child if Cameron could take a “slave girl.”

In the hopes that the “slave girl” would give her husband a different outlet for his painful fantasies, Janice agreed, on the condition that he never have intercourse with the girl.

The Kidnapping Of Colleen Stan, “The Girl In The Box”

Janice gave birth to a daughter in 1976 and about a year later, in May of 1977, the couple upheld the other end of their bargain and found their victim, 20-year-old Colleen Stan, while they were out for a drive with their baby.

Stan had decided to hitchhike to a friend’s party and was wandering along Interstate 5 looking for a ride. When 23-year-old Hooker and his 19-year-old wife pulled over, Stan was reassured by the presence of Janice and the infant, and gladly accepted. As soon as they had pulled off the highway, however, Cameron threatened Stan with a knife and locked her in a wooden “head box” he designed and had kept in the car. 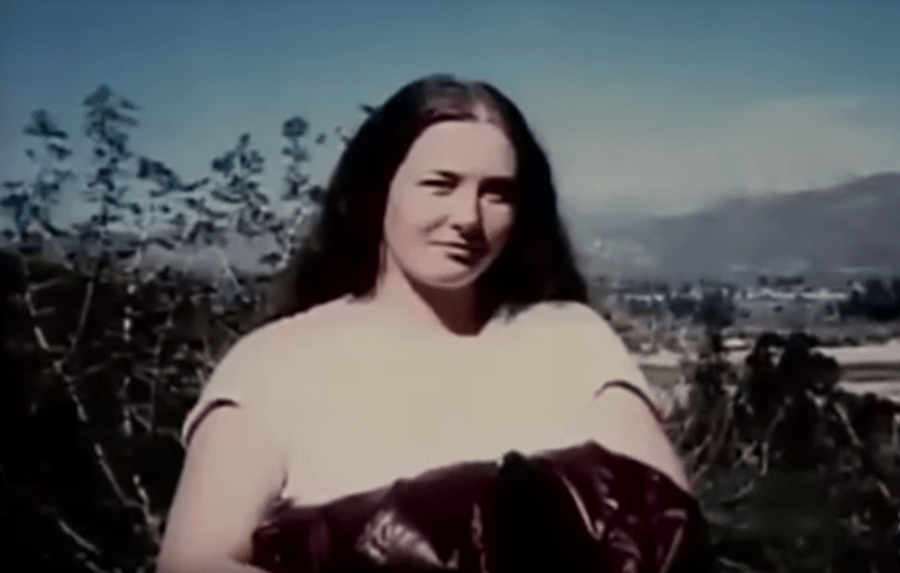 YouTubeColleen Stan, a.k.a. “The Girl in the Box,” before her 1977 abduction.

Hooker did not remove the head box until they were back at his home, after which point he promptly hung Stan from the ceiling naked and blindfolded, and gagged her. Over the course of the next seven years, Hooker subjected Stan to almost unspeakable tortures. She was whipped, electrocuted, and, despite Janice’s initial protestations, raped. While Cameron was at work during the day, Stan was kept chained up in a coffin-like box under the couple’s bed.

Colleen Stan recounts her terrifying torture at the hands of Cameron Hooker.

Cameron had Janice type up a “slave contract” for Stan to sign. After signing the contract which, among other things, stipulated that she would be referred to only as “K” and would refer to Cameron and Janice as “Master” and “Ma’am,” Stan was slowly permitted more freedom. Though she continued to spend the majority of her days, at some point as much as 23 hours at a time, locked in the box under the couple’s bed.

Janice reportedly gave birth to her second child on the bed below which Colleen was locked.

Hooker also told Stan that he belonged to an underground organization known as “the Company” and that if she tried to escape his associates would track her down and kill her family. Stan eventually became brainwashed to the point that Hooker allowed her to visit her own parents and introduce him as her boyfriend, although immediately afterward she would be returned to the box.

In 1984, Cameron Hooker finally overplayed his hand. Confident that he had full control over both women in his house, he told Janice that he would take “K” as a second wife. For Janice, this was the breaking point. She soon confessed certain details of her marital situation with her pastor, who urged her to get away.

In April of the same year, Janice confessed to Stan that Cameron was not a member of the infamous Company and together, the two women fled. Stan called Cameron to let him know that she was gone and he allegedly cried.

A few months later, Janice reported Cameron to the police.

Both Janice and Stan took the stand at the trial. They delivered emotional testimonies that recounted the abuses they had suffered at the hands of the accused. Janice even confessed that her husband had tortured and killed another girl, Marie Elizabeth Spannhake, back in 1976.

Cameron’s defense team desperately seized upon the facts of Stan’s seemingly willing compliance with all of Hookers demands. His lawyers claimed that although Hooker had indeed kidnapped Stan, “the sexual acts were consensual and should not have been considered criminal.”

Hooker also took the stand to defend himself and claimed that his actions had been significantly less violent than was described by the two women. The defense team even brought in a psychiatrist who tried to make the argument that the brutalities Stan had to suffer were in reality little different to the drill new Marine recruits underwent each day, an argument that the judge interrupted.

The jury took three days to deliberate before finding Hooker guilty on seven of eight counts, including kidnapping and rape. He received a series of sentences that amounted to a total of 104 years in prison.

After the verdict was announced, the Judge made a remarkable personal statement. He personally thanked the jury for rejecting the defense psychiatrist’s claims and then went on to declare Cameron Hooker “the most dangerous psychopath I have ever dealt with…he will be a danger to women as long as he is alive.”

Hooker tried to appeal the verdict and cited the judge’s opinionated comments, among other issues. An appellate court denied the appeal. Hooker has been imprisoned since 1985.

In 2015, Hooker, the aged 61, applied for parole under California’s Elderly Parole Program, but was denied yet again and continues to serve his century-long sentence.

After this look at the monstrous Cameron Hooker, read about the terrifying murder of Kelly Anne Bates at the hands of her boyfriend. Then, see whether you can stomach the true and horrific story of Sylvia Likens.