On January 31, 1976, Marie Elizabeth Spannhake vanished near her home in Chico, California — but it wasn't until 1984 that a woman named Janice Hooker claimed that her husband Cameron had abducted and murdered Spannhake eight years before. 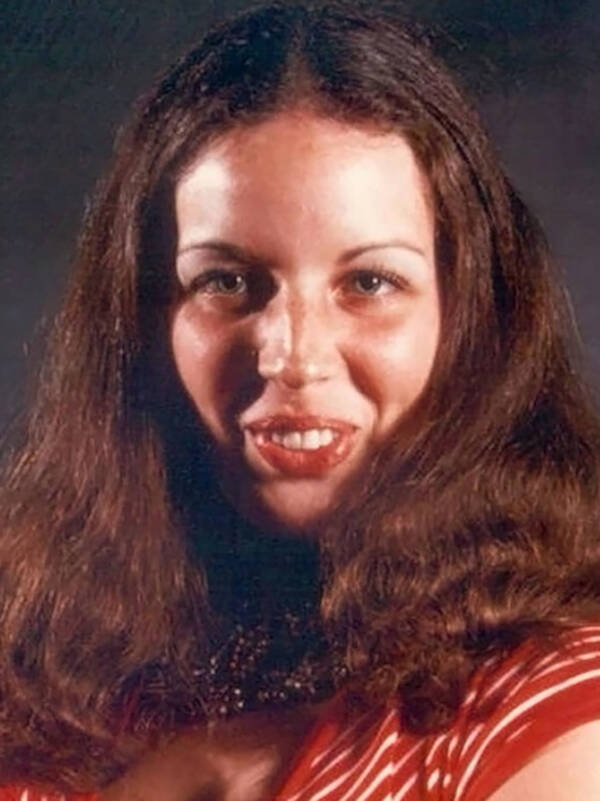 California Department Of JusticeMarie Elizabeth Spannhake vanished in 1976 after a fight with her boyfriend.

Many fans of true crime know the story of Colleen Stan, the “girl in the box” who was kidnapped in California in 1977 and kept in a wooden coffin by her abductors for seven years. But many suspect that Stan’s captors had previously abducted and killed another young woman, 19-year-old Marie Elizabeth Spannhake.

Spannhake, who disappeared in 1976, the year before Stan’s abduction, remains missing to this day. However, there’s compelling evidence that she was also kidnapped by Cameron and Janice Hooker, the predators who abducted Colleen Stan.

For starters, Stan remembered seeing a photo of another young woman in the Hookers’ home. And Janice Hooker later admitted to police that she and her husband had indeed kidnapped someone else. Janice claimed the name on that woman’s ID was Marie Elizabeth Spannhake.

For now, Spannhake nevertheless remains a missing person, her fate officially unknown. However, Netflix’s Unsolved Mysteries dove into her disappearance to determine if she truly was kidnapped and killed by Cameron and Janice Hooker.

The Story Of Marie Elizabeth Spannhake’s Disappearance In 1976

Born on June 20, 1956, Marie Elizabeth Spannhake was 19 years old when she moved from Cleveland, Ohio, to Chico, California, to be with her fiancé, John Baruth. For about a month, she lived a peaceful existence in her new town. Spannhake found work as a camera store model and settled into the apartment she shared with Baruth.

But everything changed on Jan. 31, 1976. Then, according to the Chico News & Review, Spannhake and Baruth got into a fight while at a local flea market. Furious, Spannhake decided to walk home — even though she was still unfamiliar with the town.

Two days later, when Spannhake still hadn’t shown up at their apartment, Baruth filed a missing person’s report. Though they’d had a fight, he told police that he was worried because his fiancée hadn’t taken any of her belongings, including her clothing, her suitcases, or even her toothbrush.

According to the Chico News & Review, police briefly considered Baruth a suspect in Spannhake’s disappearance. One person told them that Spannhake had wanted out of the relationship, and Spannhake’s mother said that Baruth had been into drugs. But Baruth denied hurting her and was cleared as a suspect after he passed a polygraph.

As time went on, the mystery of Marie Elizabeth Spannhake’s fate deepened. No one had any idea what could have happened to her until 1984, when a woman named Janice Hooker went to the police with a horrifying story.

Janice Hooker And The “Girl In The Box” 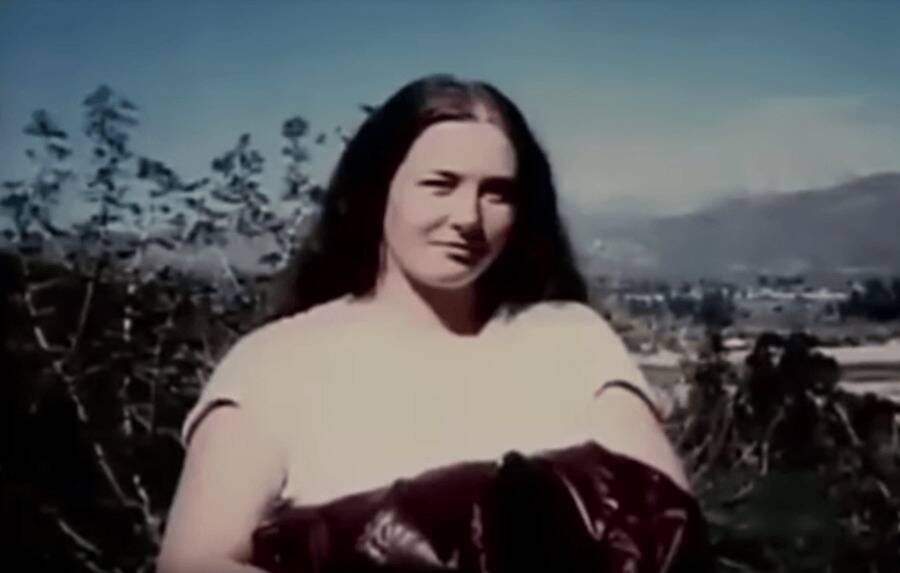 YouTubeColleen Stan was imprisoned by Cameron and Janice Hooker for seven years.

In November 1984, a woman named Janice Hooker went to the police and told them she wanted to turn in her husband, Cameron. Janice had met Cameron when she was 16 years old in 1973 and married him two years later. But Cameron had an obsession with bondage that Janice didn’t like, and she agreed that he could “acquire a girl who couldn’t say no” to act out his fantasies upon.

Until August 1984, Janice explained, they’d had a captive named Colleen Stan, whom they’d kidnapped while Stan was hitchhiking in 1977. For seven years, her husband had imprisoned Stan in a coffin-like box for up to 23 hours a day, taking her out on occasion to rape her and subject her to tortures like whipping, burning, and electrocution.

Though Janice had aided Cameron in kidnapping Stan, she eventually helped their captive escape. And she went to the police shortly afterward because she feared that her husband would hurt her and her children.

“I never felt safe to act out on [my escape plans] until his wife came to me and said, ‘We have to get out of here,'” Stan later told CBS News.

But both Stan and Janice told the police something else, too. They said that Stan hadn’t been Janice and Cameron’s only captive. The first girl, Janice told police, had been named Marie Elizabeth Spannhake.

What Happened To Marie Elizabeth Spannhake? 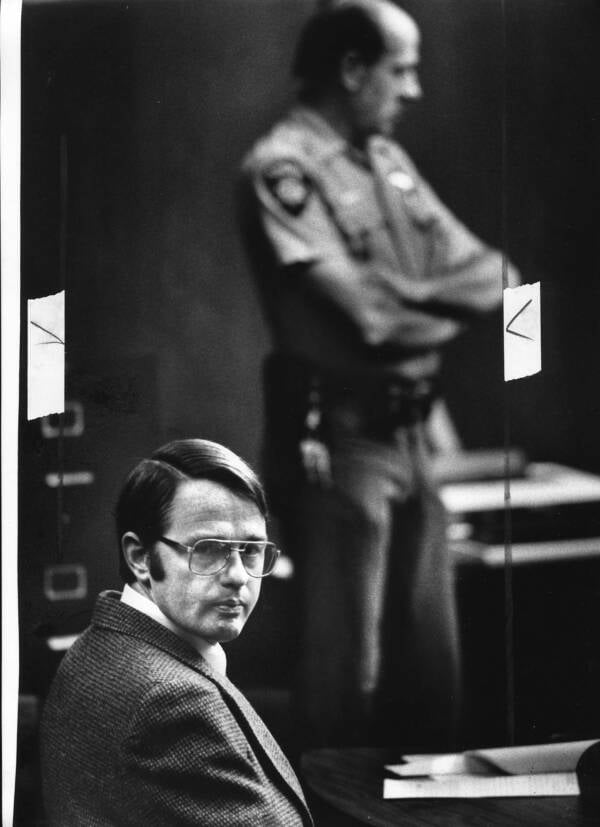 As Janice Hooker tells it, she and her husband abducted Marie Elizabeth Spannhake on Jan. 31, 1976, as Spannhake made her way home after fighting with her boyfriend. The couple offered her a ride, but when Janice opened the door to let Spannhake out, Cameron grabbed Spannhake and pulled her back into the car.

Janice told police that Cameron fastened a specially-made box over Spannhake’s head which made it hard to move or see. They drove home, where Janice claimed she tried to comfort the hysterical Spannhake by promising her that Cameron wouldn’t hurt her. But it was a lie.

That night, Janice told police, Cameron took Spannhake to the Hookers’ basement and suspended her from the ceiling by her wrists. When she wouldn’t stop screaming, he allegedly tried to cut her vocal cords.

Unable to speak, Spannhake was somehow able to convince Cameron to give her a pen and paper and untie her long enough to write a note which read: “I’ll give you anything you want if you let me go.” But Cameron had no intention of releasing his captive. Janice told police that Cameron shot Spannhake twice in the abdomen with a pellet gun and strangled her to death.

Then, according to The Lineup, Janice helped Cameron wrap Spannhake’s body in a blanket. They put her corpse in their car, drove out of town, and buried her near Lassen Volcanic National Park. Janice later told police that she only knew Spannhake’s name because she’d seen it on her ID.

A little over a year later, after Janice and Hooker abducted Stan in May 1977, their new victim spotted a photo of another woman.

The photo was “kind of like a school portrait type picture,” Stan said, according to Oxygen. “Every time I crawled in and out of this box, I could see that picture.”

Was that woman Marie Elizabeth Spannhake? Though investigators were never able to find her body — and Janice Hooker was never charged with any crimes because of her cooperation with the police — some are certain that Spannhake was Janice and Cameron’s first victim.

Now, Netflix’s Unsolved Mysteries is taking another look at Spannhake’s case. Not only does the eerie docu-series go into Spannhake’s disappearance, but it also examines the unsettling dreams reported by the woman who moved into Spannhake’s Chico apartment in 2000. She claimed that the apartment was haunted and that she had dreams of the 19-year-old’s final moments.

Officially, however, Marie Elizabeth Spannhake remains a missing person and not a murder victim. Despite the testimony provided by both Colleen Stan and Janice Hooker, her fate remains unknown.

After reading about the harrowing story of Marie Elizabeth Spannhake, see how Natascha Kampusch survived eight years in her kidnapper’s basement. Or, learn how Elisabeth Fritzl was kept captive by her own father for 24 years.