Meet Carole Ann Boone, The Woman Who Fell In Love With Ted Bundy And Had His Child While He Was On Death Row

While the notorious serial killer Ted Bundy has fascinated the minds of Americans for decades, what do we know about his wife, Carole Ann Boone?

Ted Bundy is one of American history’s most infamous serial killers. His expertly masked sociopathy allowed him not only to terrorize some 30 women across seven states but to earn the affections of and even wed a young divorcee named Carole Ann Boone while he was on trial for the murder of these women.

The two managed even to conceive a child while Bundy was locked up and acting as his own defense attorney for the murder of 12-year-old Kimberly Leach and sustained a relationship until divorcing three years before his death by electric chair on January 24, 1989. 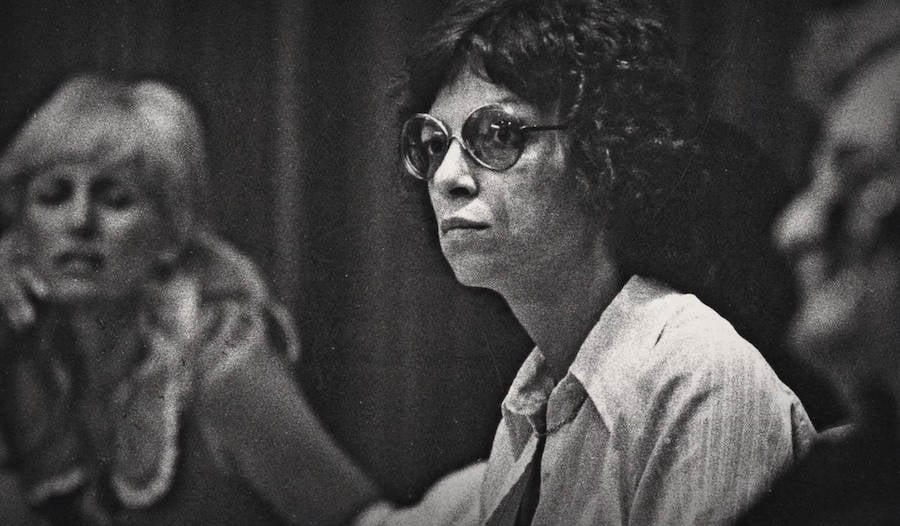 Netflix, Conversations With a Killer: The Ted Bundy TapesCarole Ann Boone, Ted Bundy’s wife, at his trial in 1980.

This infamous killing streak of the 1970s has recently garnered renewed fascination in the media with a Netflix documentary series, Conversations With a Killer: The Ted Bundy Tapes, and a film starring Zac Efron as the insatiable killer.

While Bundy’s deviant, sexual exploits, and homicidal tendencies themselves have received much of our national attention, his largely overlooked relationship with the unharmed women in his life could provide a new perspective on the killer entirely.

Here’s a closer look, then, on Ted Bundy’s wife and loyal mother to his child, Carole Ann Boone. 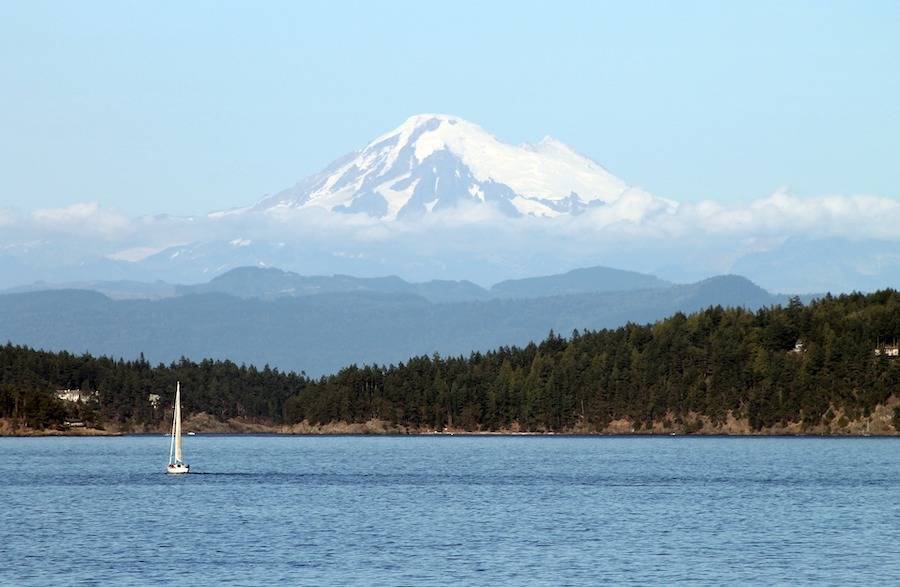 Boone’s fascinating entanglement with the killer began in 1974 — long before she became Ted Bundy’s wife — as a harmless office relationship in the Department of Emergency Services in Olympia, Washington.

According to Stephen G. Michaud and Hugh Aynesworth’s The Only Living Witness: The True Story of Serial Killer Ted Bundy, Boone was a “lusty-tempered free spirit” who was going through her second divorce when she met Ted. Though both were still in relationships when they met, Bundy expressed a desire to date her — which Boone refused at first in favor of a platonic friendship she began to cherish dearly.

“I guess I was closer to him than other people at the agency,” said Boone. “I liked Ted immediately. We hit it off well.” She didn’t know that Bundy was already kidnapping, raping and murdering young women. 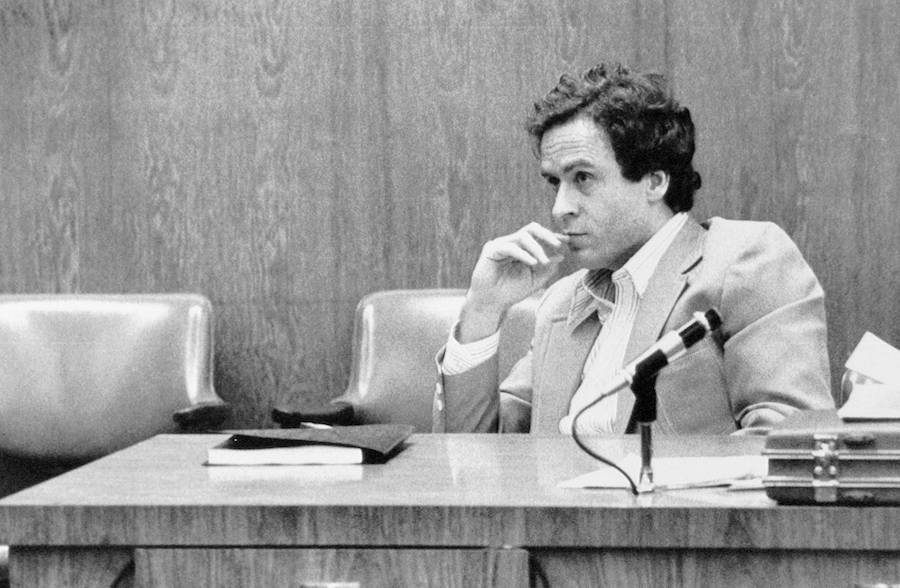 Bettmann/Getty ImagesTed Bundy on the third day of jury selection at the Orlando trial for the murder of 12-year-old Kimberly Leach, 1980.

While it would appear strange for someone to take so quickly and affectionately to a mass-murdering criminal like Ted Bundy, it’s important to keep his sociopathic charm in mind. Bundy kept the women in his life — those he didn’t kill — at a distance, as to not blur the lines between his nightly bloodlust and his friendly daytime persona during work hours.

As with Elizabeth Kloepfer, Bundy’s prior girlfriend of seven years for which he served as a de facto father figure to her daughter, his qualities as a potential partner seemed to stem from a mysterious allure. Women felt that there was something substantive to him that was unspoken. But that this mystique was rooted in killing and mental distress, of course, wasn’t obvious at the time.

“He struck me as a rather shy person with a lot more going on under the surface than what was on the surface,” Boone explained. “He certainly was more dignified and restrained than the more certifiable types around the office. He would participate in the silliness parkway. But remember, he was a Republican.”

As evidenced by his statements in the Netflix documentary, Bundy was vehemently opposed to the hippie and anti-Vietnam movements of the time and appeared socially conservative in contrast to many of his peers. Perhaps this, an image of respectability and stoic manliness, was a fair portion of what drew Boone into his life. 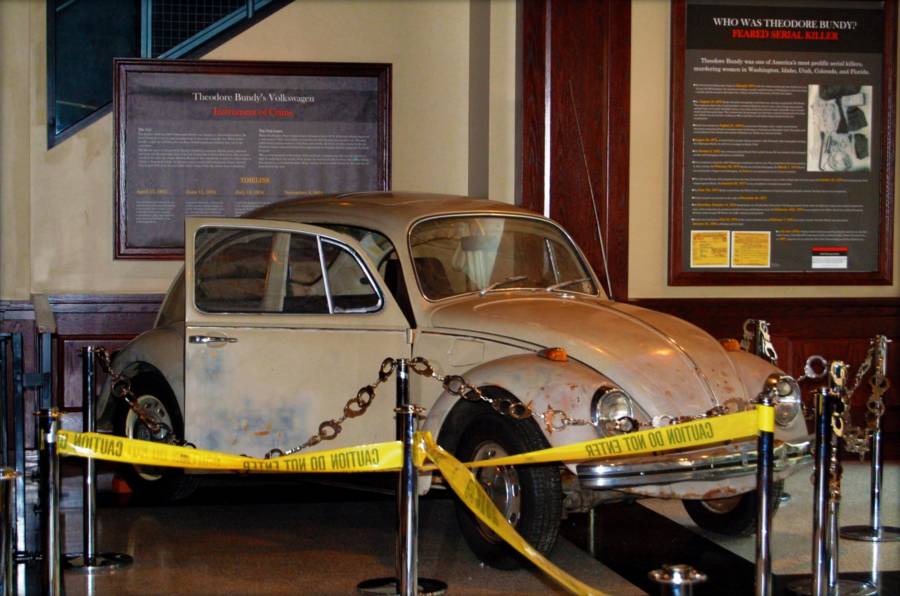 In 1975, Bundy was arrested in Utah when police found pantyhose, a ski mask, handcuffs, an ice pick, and a crowbar in his iconographic Volkswagen Beetle. He was ultimately convicted of the kidnap and assault of a 12-year-old girl.

Nonetheless, Boone and Bundy’s relationship slowly grew stronger. The two exchanged letters and Boone visited the state for seven days to see him. Carole Ann Boone wasn’t yet Ted Bundy’s wife, but they were getting closer and closer as time went by.

Two years later, Bundy was extradited to Colorado to finish his 15-year sentence. With the help of money smuggled in by Boone, Bundy concocted an impressive prison escape. He then fled to Florida where he committed the two most significant acts on his criminal record — the murder of Chi Omega sorority girls Margaret Bowman and Lisa Levy, and the kidnapping and murder of 12-year-old Kimberly Leach. Ever loyal to her friend Ted, Boone moved to Florida to attend the trial. 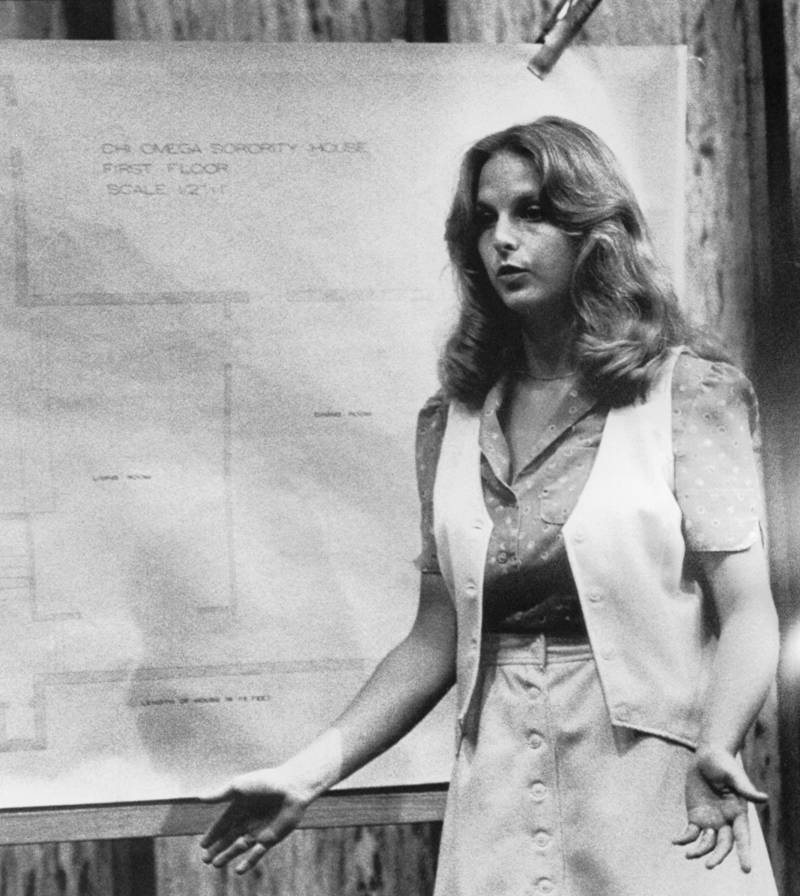 Bettmann/Getty ImagesNita Neary goes over a diagram of the Chi Omega sorority house in the Ted Bundy murder trial, 1979.

Boone seemed unwavering in her loyalty to Ted. “Let me put it this way, I don’t think that Ted belongs in jail,” said Boone in a news clip employed in the Netflix documentary. “The things in Florida don’t concern me any more than the things out west do.”

When asked if she believed the murder charges were “trumped up,” she smiled and gave the reporter an either misinformed or purposefully disagreeable response.

“I don’t think they have reason to charge Ted Bundy with murder in either Leon County or Columbia County,” said Boone. Her convictions in that sense were so strong that she decided to move to Gainesville, about 40 miles from the prison, and began to visit Ted on a weekly basis. She’d bring her son, Jayme, along.

It was during Bundy’s trial that he expressed the relationship between the two had become a “more serious, romantic thing” in recent years. “They were crazy together. Carole loved him. She told him that she wanted a child and somehow they had sex in the prison,” wrote Michaud and Aynesworth in The Only Living Witness: The True Story of Serial Killer Ted Bundy.

The evidence, of course, was in Boone’s documented visits, which were often conjugal in nature. Though this wasn’t technically permitted, Boone explained that one of the guards was “real nice” and often turned a blind eye to their activities.

“After the first day they just, they didn’t care,” Carole Ann Boone is heard saying in the Netflix series. “They walked in on us a couple times.” 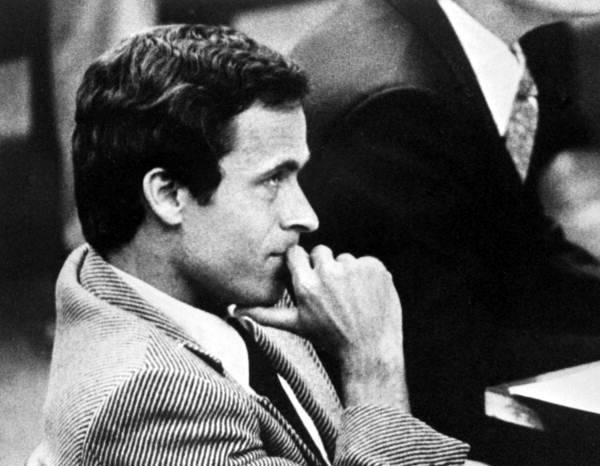 Ann Rule, a former Seattle police officer who had met Bundy as a coworker at Seattle’s suicide hotline crisis center and wrote a definitive book on the killer, details how the bribing of guards in order to secure private time with visitors was not uncommon at the prison. It’s even believed that Boone would sneak in drugs by tucking them up her skirt. Michaud and Aynesworth explained that even less secretive methods of having sex in prison were largely successful and ignored by guards.

“Touching was permitted, and from time to time, intercourse was possible behind a water cooler, in the restroom, or sometimes at the table,” they wrote.

Meanwhile, the clever ex-law student Bundy figured a way to marry Boone while incarcerated. He found that an old Florida law stated that as long as a judge is present during a declaration of marriage in court, the intended transaction is legally valid.

According to Rule’s book The Stranger Beside Me, Bundy bungled the effort on his first try and had to rephrase his intentions differently the second time around.

Boone, meanwhile, made sure to contact a notary public to witness this second attempt and stamp their marriage license beforehand. Acting as his own defense attorney, Bundy called Boone to take the witness stand on Feb. 9, 1980. When asked to describe him, Boone classified him as “kind, warm and patient.”

“I’ve never seen anything in Ted that indicates any destructiveness towards any other people,” she said. “He’s a large part of my life. He is vital to me.”

Bundy then asked Carole Ann, on the stand in the midst of his murder trial, to marry him. She agreed though the transaction wasn’t legitimate until Bundy added, “I do hereby marry you” and the pair had officially formed a union of marriage.

At this point, Bundy had already been sentenced to death for the sorority murders and was about to rack up another death sentence for the murder of Kimberly Leach. This trial did result in Bundy’s third death sentence and he would spend the next nine years on death row.

Only a few years before his inevitable execution in 1989 would Ted Bundy’s wife reconsider her marriage. 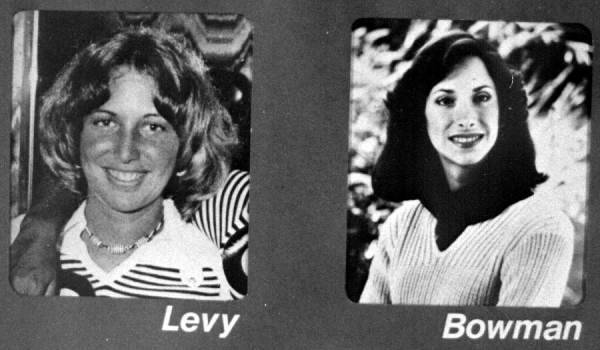 For the first few years, of his time on death row, Boone and her third husband remained close. It is believed that Carole Ann smuggled in drugs for him and their physical intimacy continued. Two years into his stint, the couple’s daughter, Rose Bundy, was born.

It is believed that Rose is the only biological child of Ted Bundy.

Four years later — three years before Ted Bundy’s execution by electric chair — Boone divorced the killer and allegedly did not see him again.

Little is known about Carole Ann Boone’s life thereafter; she’s mostly remembered today simply as Ted Bundy’s wife. She moved out of Florida with her two children, Jayme and Rose, but has presumably maintained as low visibility to the media and frenzied public as possible.

Of course, that hasn’t prevented the efforts of curious internet detectives and their need to know what the infamous Ted Bundy’s wife is up to, and where she lives.

The Life on Death Row message boards are filled to the brim with theories and naturally, some are less convincing than others. One posits that Boone changed her name to Abigail Griffin and moved to Oklahoma. Others believe she married yet again and led a quiet, happy life.

Though none of it is certain and likely never to be confirmed by Boone herself, one thing is guaranteed: Carole Ann Boone, Ted Bundy’s wife, has had one of the most fascinating marriages in recorded history.