In the 1700s, there were too many men and not enough women in France's Louisiana territory. So King Louis XIV devised a "solution." 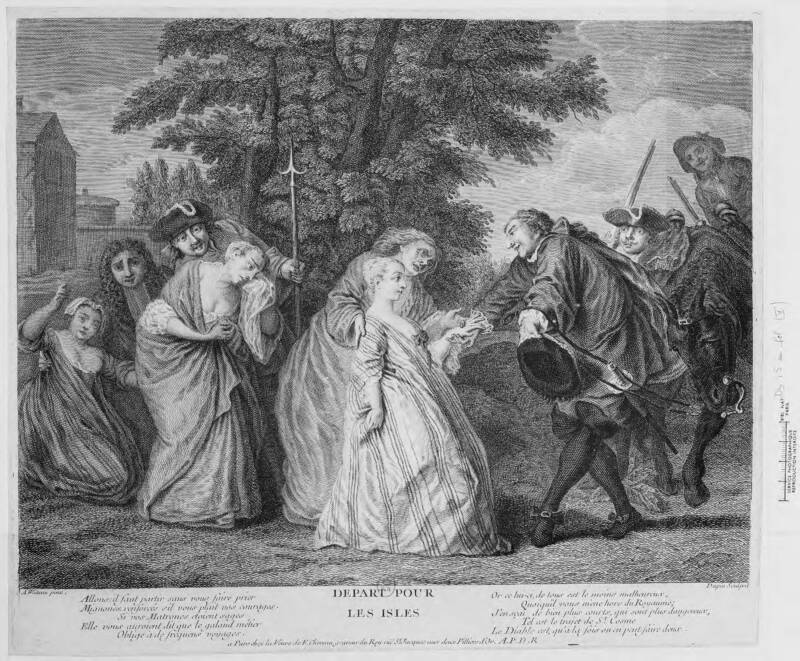 During the 18th century, the Casket Girls were sent thousands of miles away from their homes in France and transplanted to colonial America. They were saddled with husbands and tasked with the impossible: Settle this land, and tame these men.

To put it simply, the Casket Girls did not have it easy. At the time of colonization, the French Empire stretched across North America, from the colonies in the Caribbean to the wintry fur outposts of Quebec.

Between these extremes was Louisiana, hewn from the bayous and fields of the Gulf Coast — today known as Alabama, Mississippi, and the state of Louisiana, which echoes the name of the colony from the past.

French colonizers considered this territory just as “wild” as the regions in the north and south. It was exotic and untamed, by French standards, which was a problem should Nouvelle-France blossom into future generations. Enter the Casket Girls, also known as the Pelican Girls or filles à la cassette.

These French girls, often sourced from France’s orphanages, schools, and convents (and sometimes prisons and brothels) were sent to settle in Louisiana and domesticate this wild land — and its wild settlers.

In many ways, the Casket Girls went on to shape the very fabric of New French society in America.

The Climate Of France 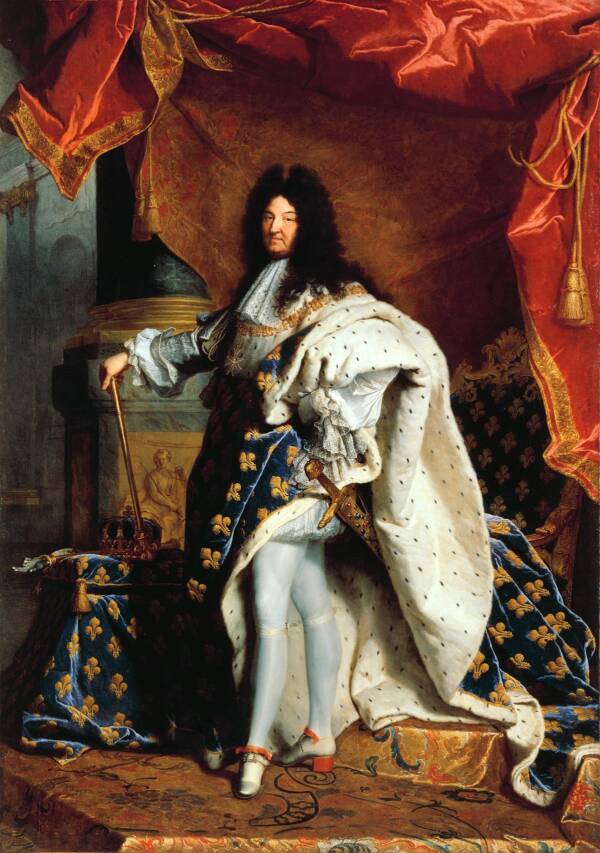 At the beginning of the 1700s, European colonization was in full swing. Searching for land, resources, and power, Europe’s monarchs carved up the Americas, sending settlers to solidify their reach.

However, it was clear that these early colonies might become something of a sausage-fest — and a pagan one at that.

The governors of the region became concerned that the coureurs des bois (French woodsmen dealing in furs in North America) were becoming too familiar with the Native tribes that populated the land, chasing after the Native women, and losing their Christian faith all the while.

Louis XIV and his colonial representatives came up with a plan to save the soul of New France. King Louis XIV’s letter to the colonists read:

“His majesty sends by that ship 20 girls to be married to the Canadians and others who have begun habitations at Mobile in order that this colony can firmly establish itself. Each of these girls was raised in virtue and piety and know how to work, which will render them useful in the colony by showing the Indian girls what they can do, for this there being no point in sending other than of virtue known and without reproach.”

The Early Casket Girls, Aka The Pelican Girls

Casket Girls came from many different backgrounds — and came in many different waves. One of the earliest cases was a group of girls who arrived in the Mobile outpost of Louisiana on the ship Le Pelican in 1704.

Because of the name of the boat, the new female colonists would later be known as the Pelican Girls.

Today, the Pelican Girls are commonly grouped into the same category as Casket Girls. While the latter name may sound a bit morbid, it actually had nothing to do with death — it was a reference to the trunks these girls carried on their journey, which held all of their earthly belongings. 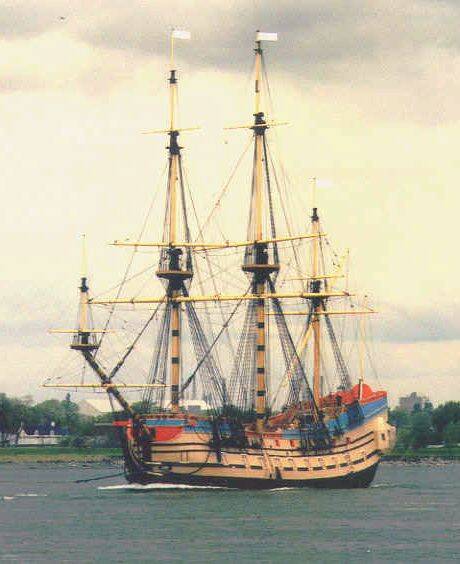 Wikimedia CommonsA replica of Le Pelican, a ship that arrived in Louisiana, bearing the Pelican Girls.

These 23 girls and women were intended as good Christian lures away from the influence of the Native women, and they were expected to be married off to the colonists as soon as possible.

The Pelican Girls were said to have chosen their husbands, not been assigned them. But although the odds were good, the goods were odd for them. Whatever lifestyle they had been used to in France, their new lives in Louisiana proved shocking to them.

The houses had dirt floors and animal pelts stretched across the open windows. The male colonists were said to still enjoy the company of Native women, and neglected the Pelican Girls to the extent that they were forced to survive on acorns. 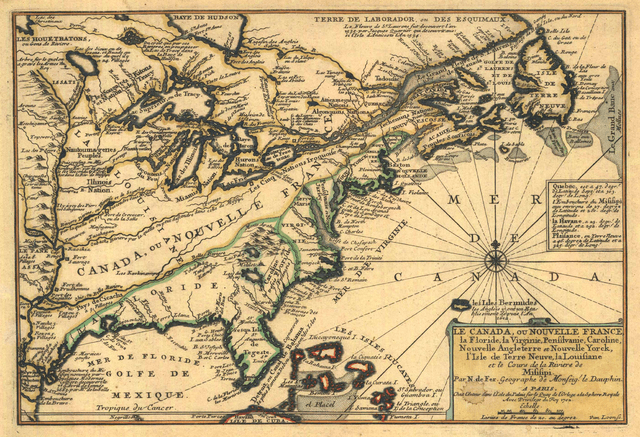 So many of the Pelicans Girls denied their husbands “bed and board” until they shaped up, cultivated gardens, and built more acceptable homes.

The “Petticoat Rebellion,” as it was called, proved somewhat effective, though the girls were saddled with the reputation of agitators by the male colonists. 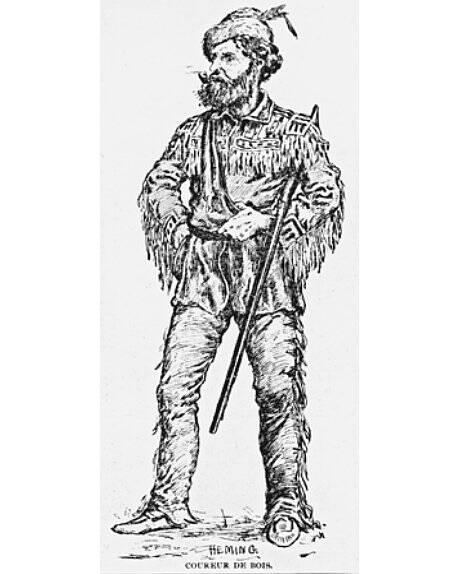 Wikimedia CommonsAn example of a French woodsman whom the king was so desperate to tame.

Many proved adaptable to the circumstances. Marie Gabrielle Savary, one of the Pelican Girls, held out to marry Jean-Baptiste Saucier of Quebec, considered one of the best catches among the colonists.

Jean-Baptiste died in 1716, and Marie Gabrielle married twice more, eventually making her way to New Orleans where she died in 1735. Her grave is below the streets of the city today.

Not all the female colonists had Marie Gabrielle’s luck, however, as a yellow fever outbreak soon swept through the settlement. The French government soon needed another influx of female colonists.

The government turned to criminals as well as volunteers to populate the colony. In the period between 1717 to 1721, more than half of the women who arrived in Louisiana were sex workers, branded by the fleur-de-lys.

Another Wave Of Casket Girls

After the Pelican Girls, another wave of 88 female colonists arrived around 1728, again toting their things in trunks that vaguely resembled caskets.

The French word for one of these suitcases was cassette. However, the term morphed into casquette — translating to casket — over time, solidifying the colonists’ nickname as the Casket Girls.

While most of these trunks were actually pretty small, legend has stretched the size of them — literally — in depictions that suggest they were large enough to hypothetically carry a body.

Shortly after their arrival, the girls were taken to a school to attend until they got married. A few years later, some attended the Ursuline Convent. 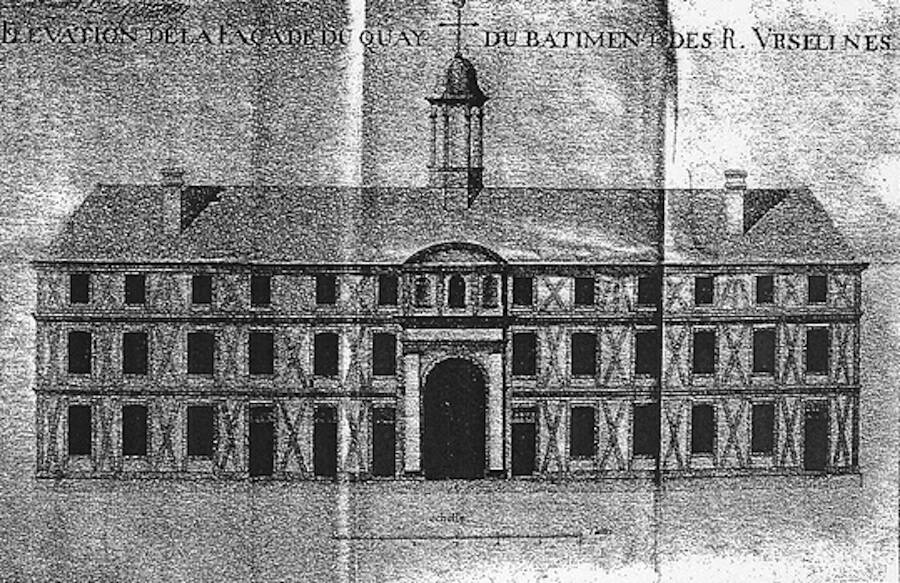 Wikimedia CommonsA depiction of the older Ursuline Convent building, completed in the 1730s. It was later reconstructed in the 1740s.

Built in 1734 and replaced by the existing structure in 1751, the old Ursuline Convent is one of the oldest structures in New Orleans, and a witness to this transitional time from frontier to colony.

Like many old buildings in New Orleans, the Convent has a strange legend: a “vampire floor.”

As the story goes, the third floor was mysteriously sealed off, with the windows permanently shuttered. Some even claim that the shutters were secured with nails that were blessed by a pope, even though no pontiff visited New Orleans until Pope John Paul II in 1987.

Some speculate that the nails were shipped to Rome specifically for a pope’s blessing — and then sent right back to the convent to keep vampires in (or out). 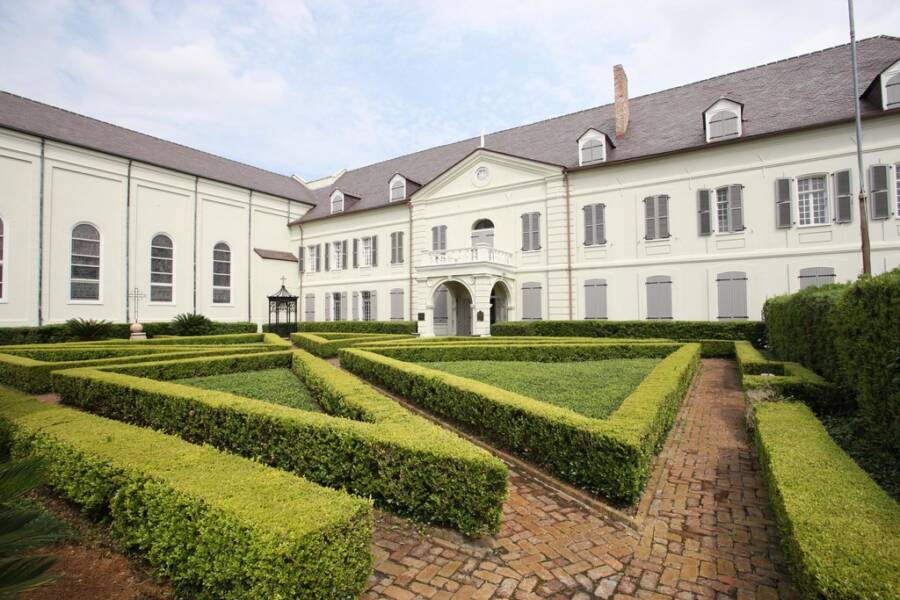 The reconstructed convent stands today, having survived fires, nasty weather, and rebranding as the bishop’s residence. It is forever associated as one of the first harbors of Casket Girls.

The Legacy Of The Casket Girls

Despite a rocky start, the colony of Louisiana was indelibly shaped by these first female colonists, in the same way that other fascinating women have made their mark in the region over the years. 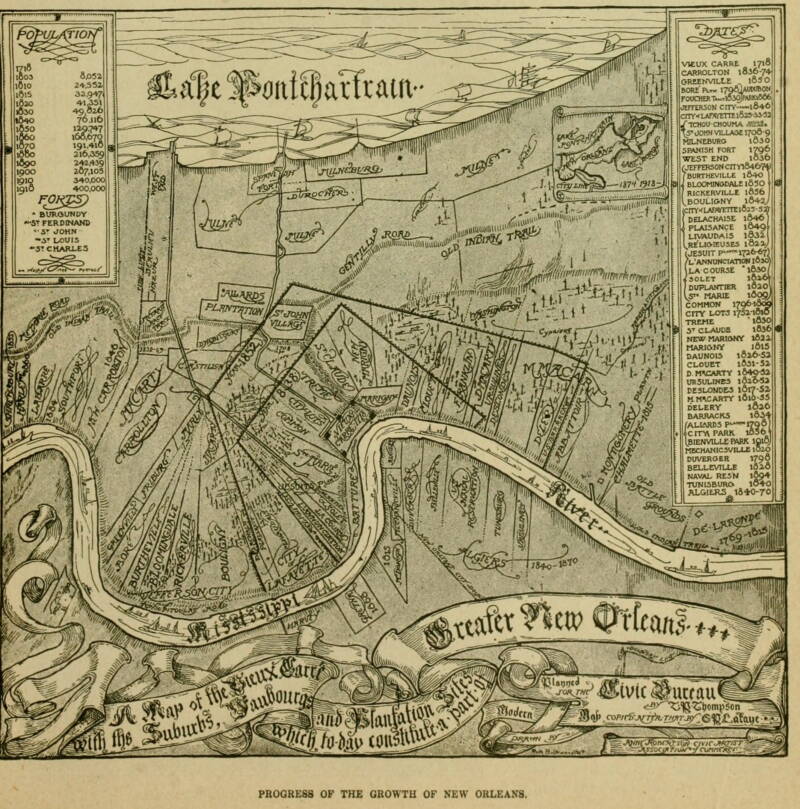 When given no other option in life, these women ushered in the era of colonialism in New France. In doing so, they also helped build a society distinct from the Native people who occupied the land — but also different from the Old World society in France.

Next, read about the lost America colony of Roanoke Island — and its 177 inhabitants who mysteriously vanished. Then learn about the true horrors of the Native American genocide and how its legacy of oppression lives on.