In 1940, something surprising happened in Ohio: a club devoted to pranks and making fun of death opened its doors to the public.

It’s 1940 and in the unlikely town of Columbus, Ohio, a horror-themed hotspot called the Catacombs Nightclub opens.

“Located” 300 feet underground, guests arriving for a night of entertainment enter a mock elevator that rumbles and shakes to simulate a descent underground. In reality, the lift never moves at all; the club is located on the ground. 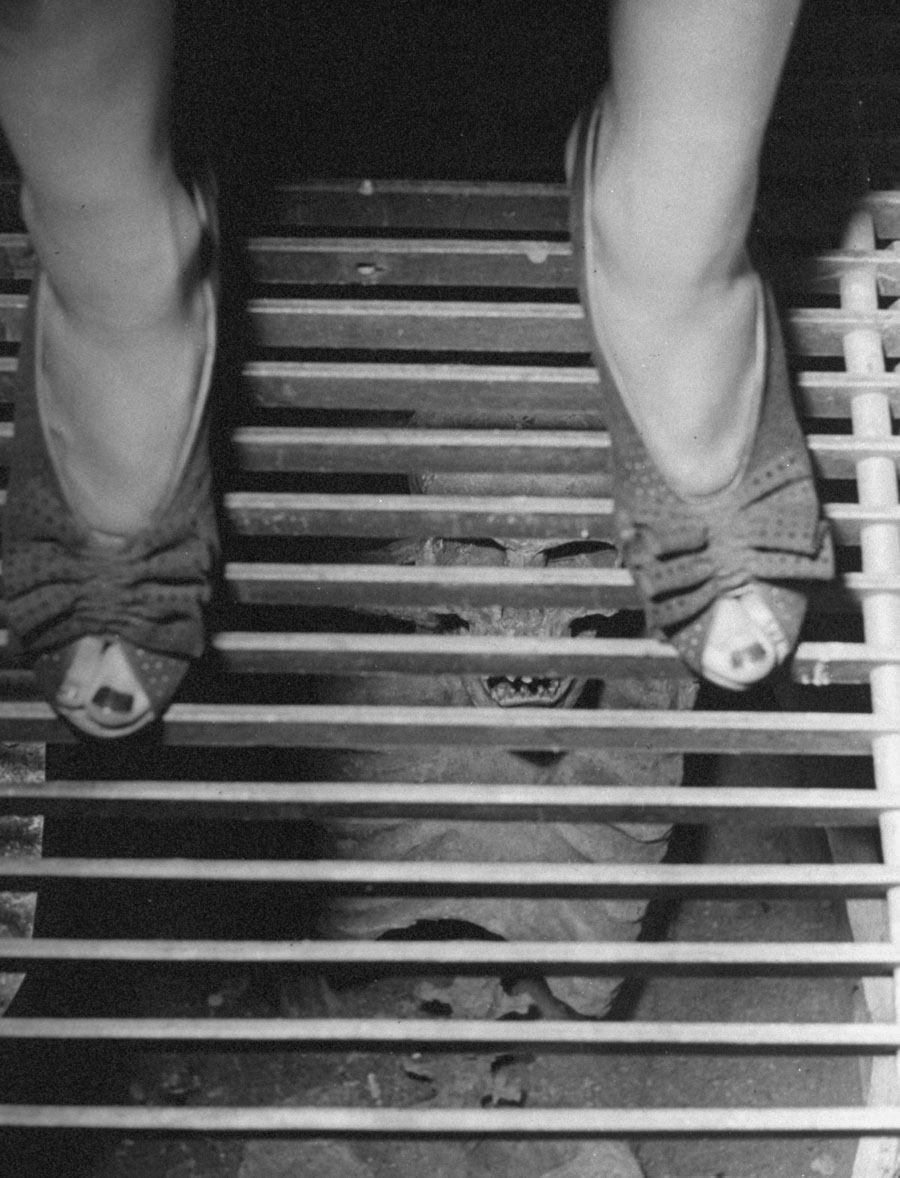 This would be the first of many pranks played on Catacombs guests. While horror-themed clubs are commonplace today, the Catacombs Nightclub was unique in its time. Club employees adorned Catacombs’ walls with numerous artificial skulls, skeletons, and coffins. Spider webs hung from the ceilings and doorways, chains clanked on the tomblike walls and human shrieks were kept on loop.

Signifying changes in United States’ popular culture, Midwesterners would line up for a night of entertainment that centered upon pranks, barbs and general irreverence toward the dead. A promotional flyer from the time read: “America’s Most Unique Night Club. Thrills and Spills for Jacks and Jills. Be Insulted and Like It.”

And they did. The club generated so much interest that LIFE Magazine sent photographer Ralf Morse to the Columbus hotspot for a photo essay. The photos Morse returned with showed why, as LIFE would state, the Catacombs’ success was “instantaneous and immense”. 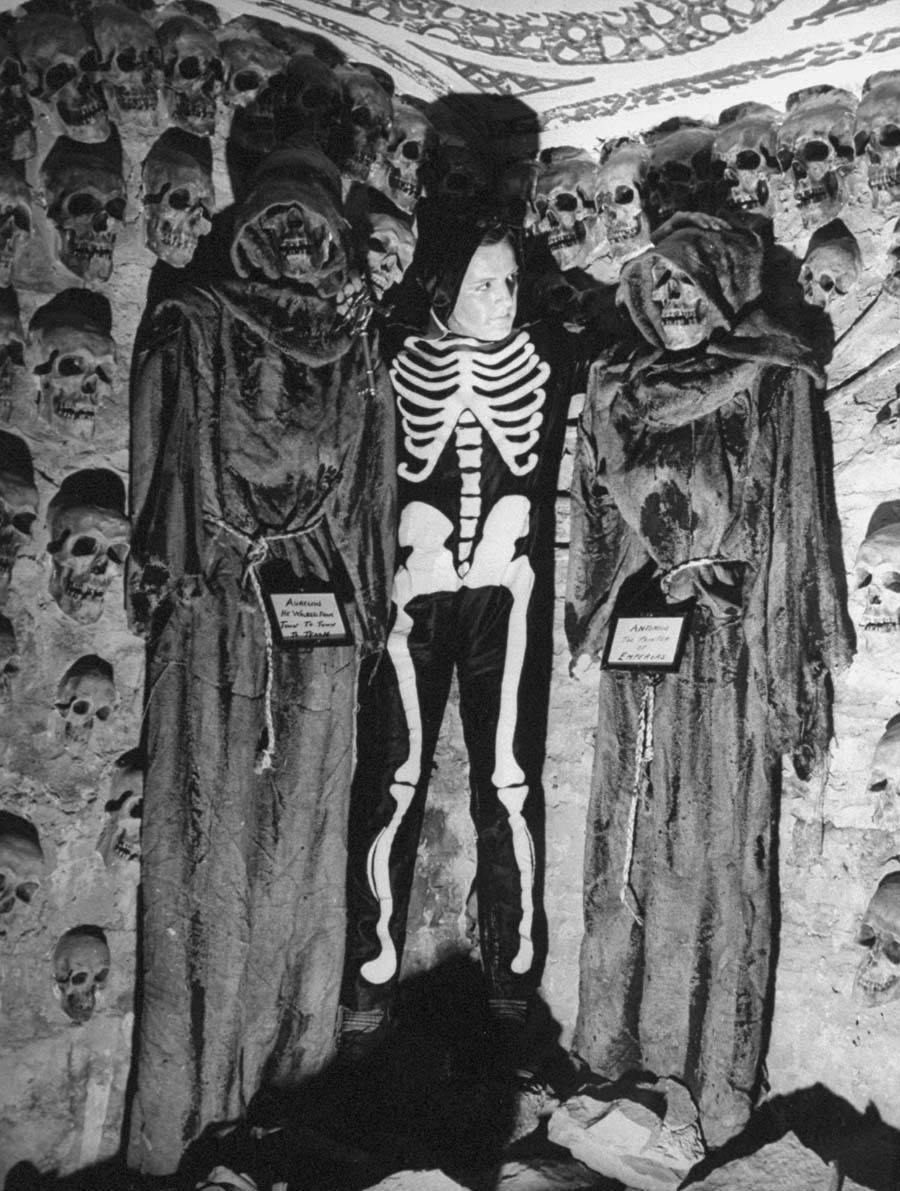 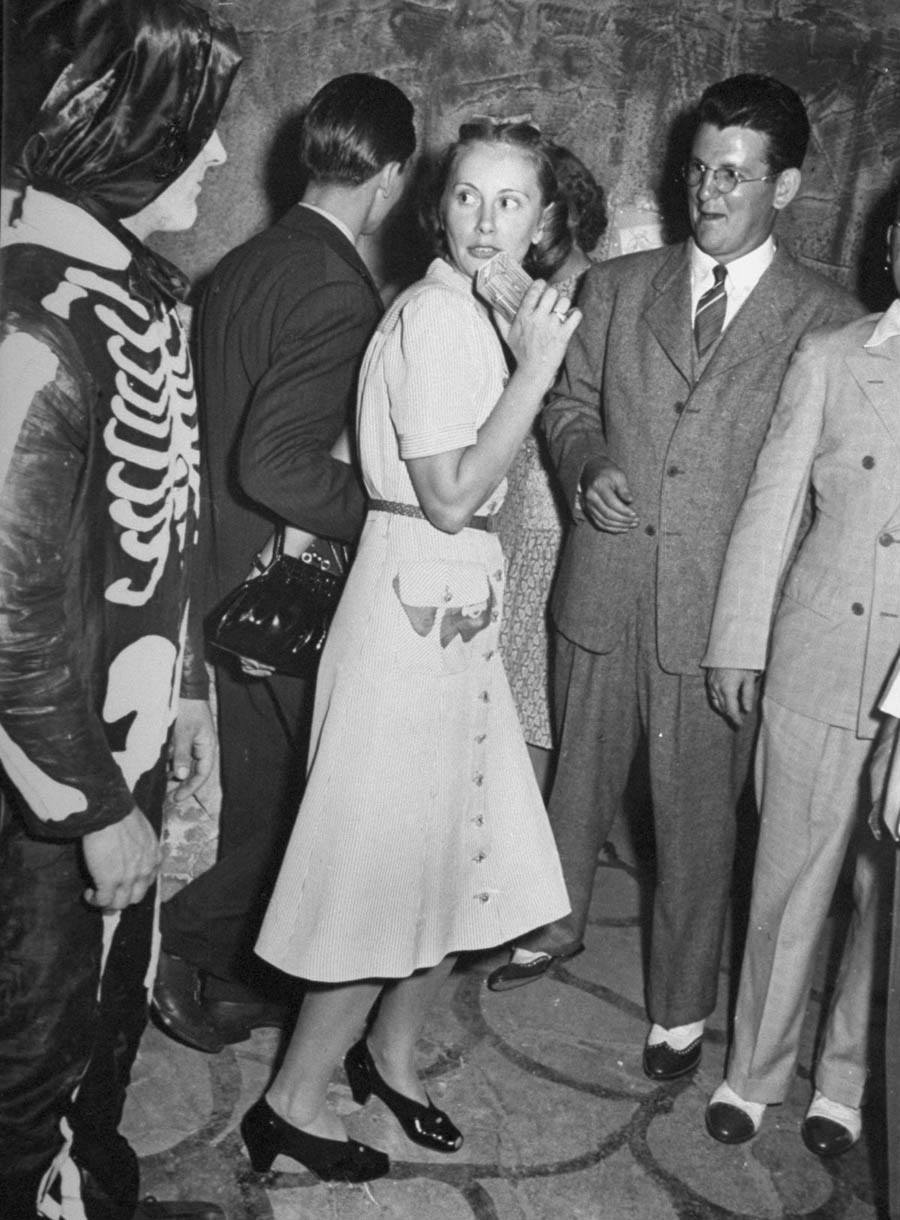 The September 23, 1940 LIFE story went on, “The imminence of death has inspired many a sonnet, elegy and ode, but seldom does it inspire a nightclub impresario.” 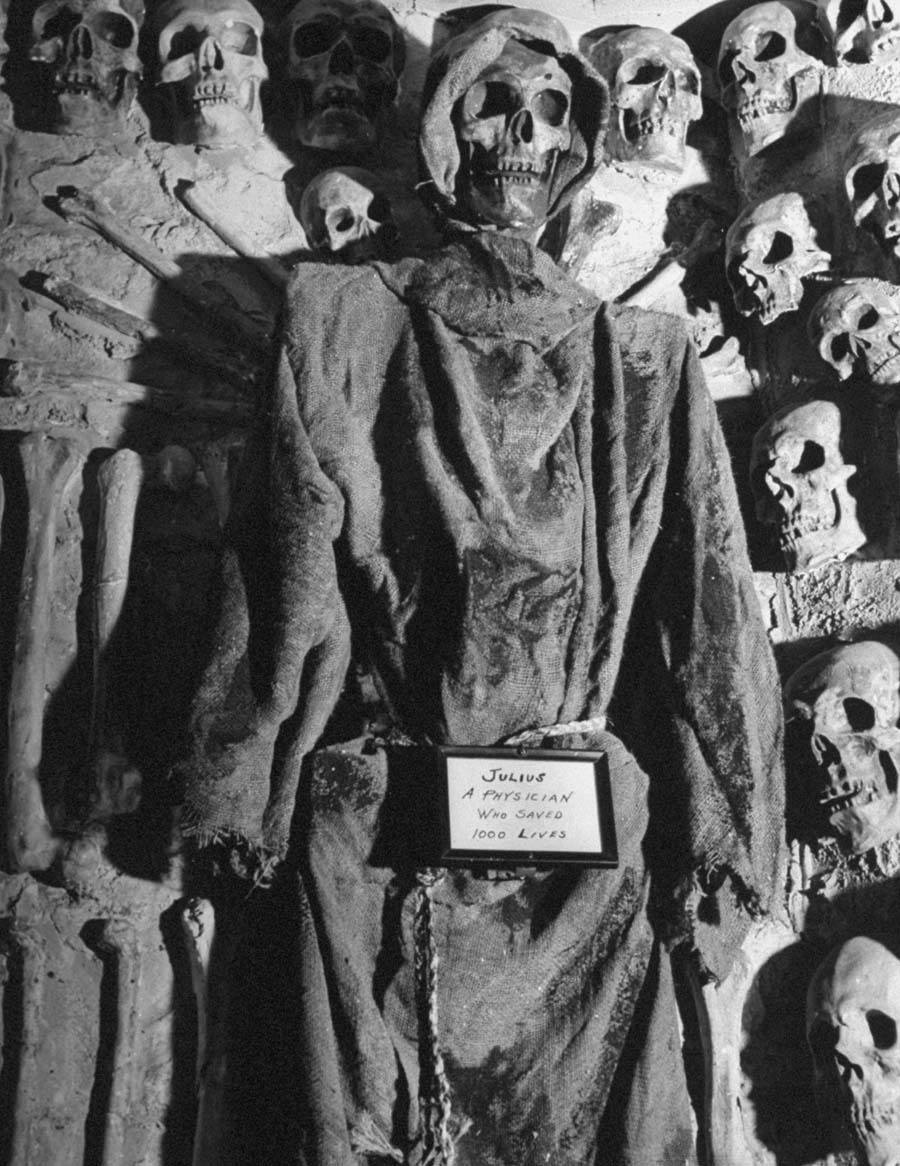 But not everyone shared enthusiasm for the club. One LIFE reader had this to say:

“What type of decadent perverted minds, what sort of people, can find pleasure in mocking the bones of those who have died before them? For they too must pass through the dark gates of Death. Bad taste and sordid vulgarity have reached their nadir in Columbus, Ohio.” 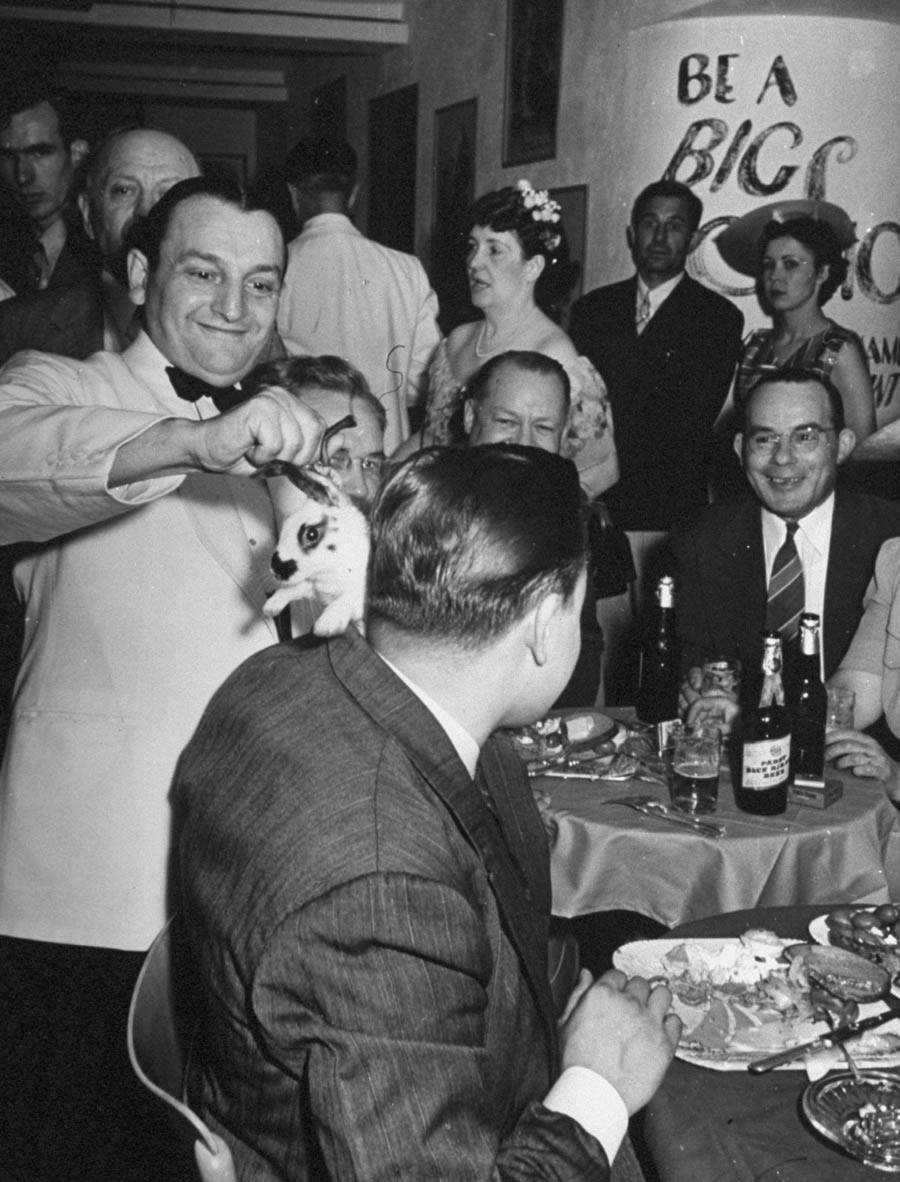 Marcus the Mad Magician performed in an area of the club aptly referred to as “The Nut House.” In addition to performing allusions for the audience, Marcus would also subject them to many types of pranks and practical jokes, thrilling the eager patrons and adding joy and merriment to the playfully macabre surroundings. 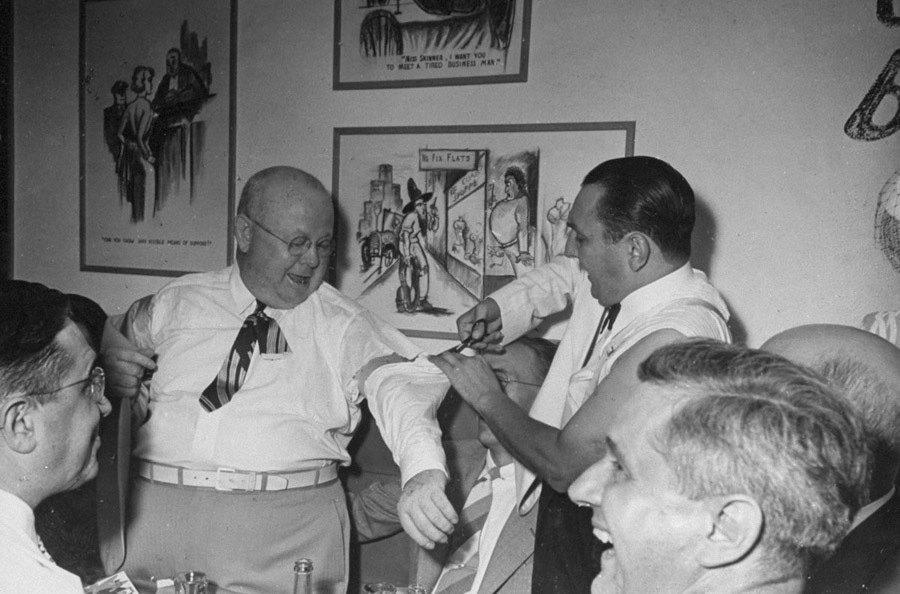 Customers of the quirky club never knew if they would be covered in peanuts, sprayed with water, or even possibly have the sleeves cut from their clothing by a wacky waiter. 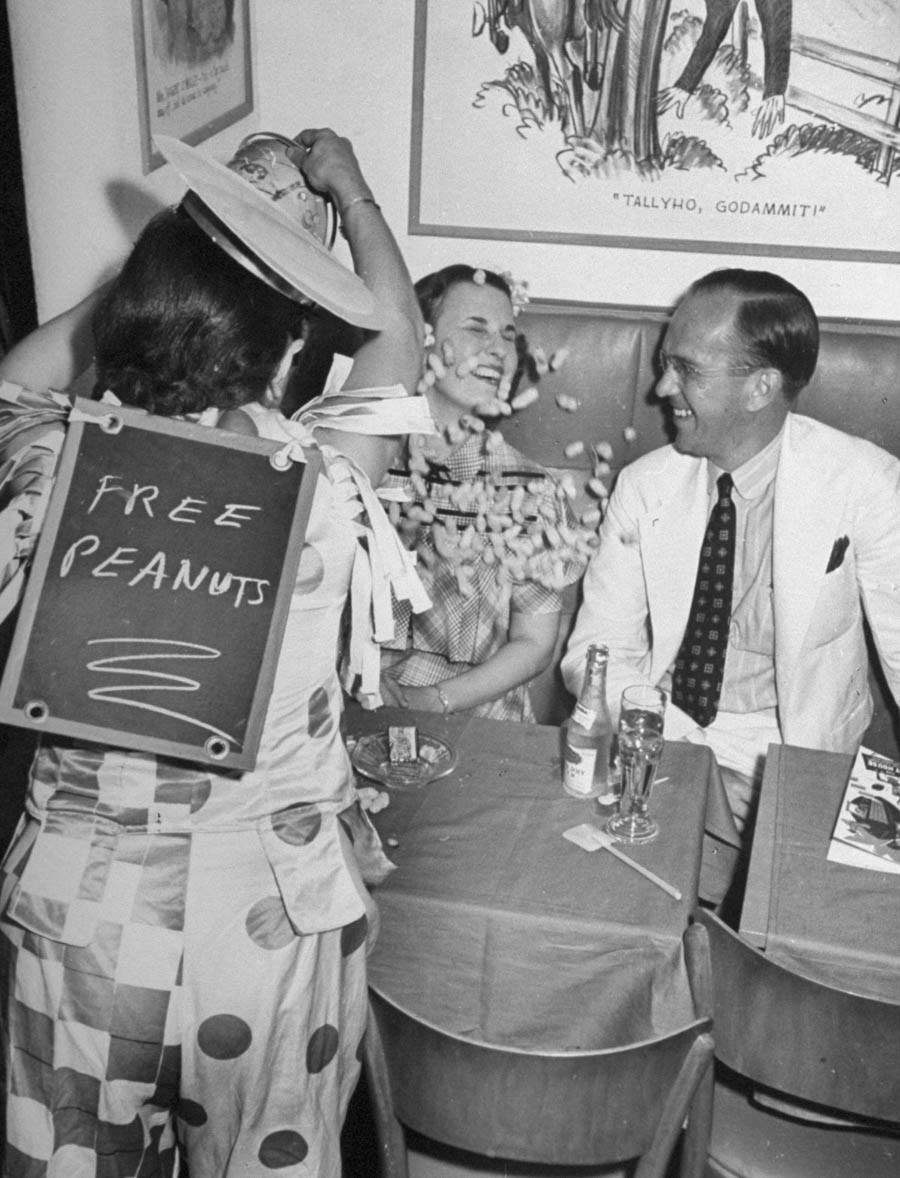 Though the LIFE article and Morse’s photography made the Catacombs Nightclub immortal, owners sealed the club’s doors less than a year later. In July 1941 the Catacombs closed, and the reasoning behind that decision remains a mystery. 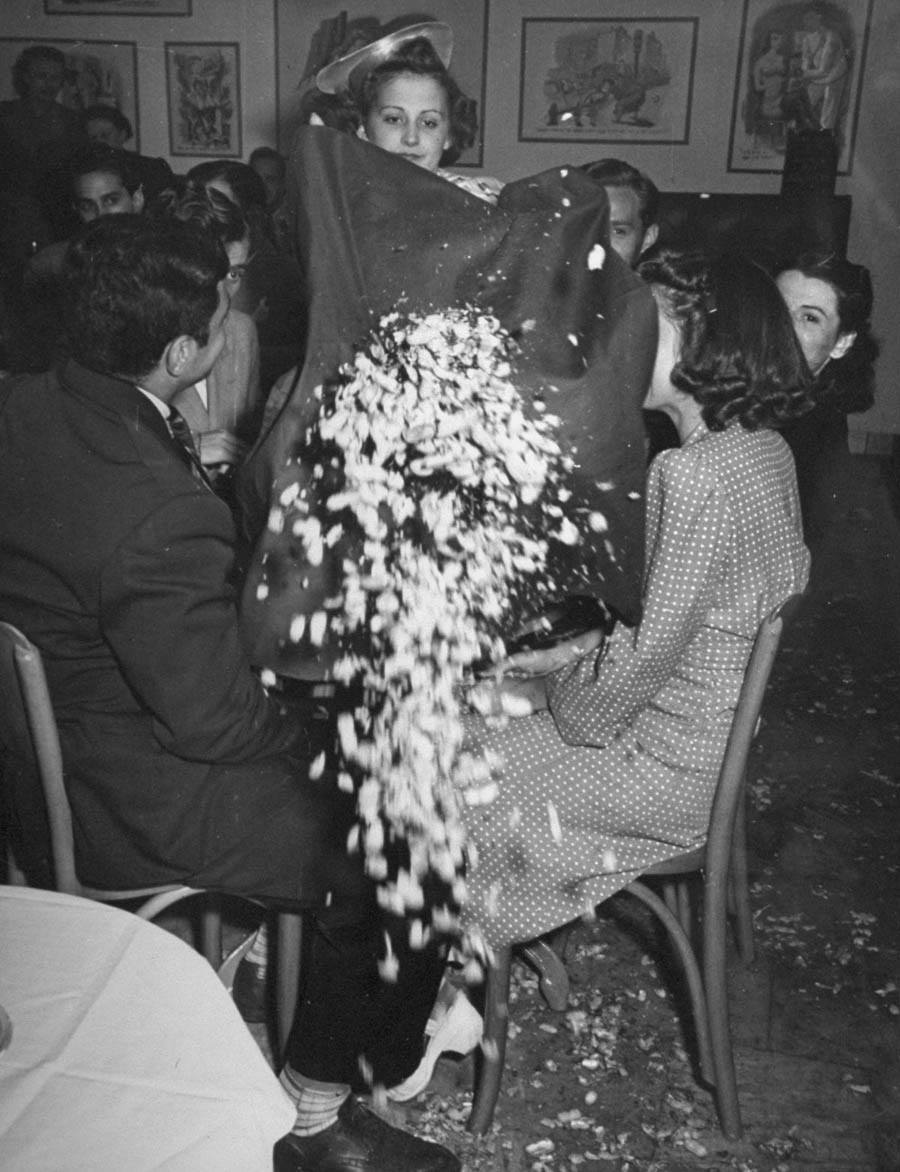 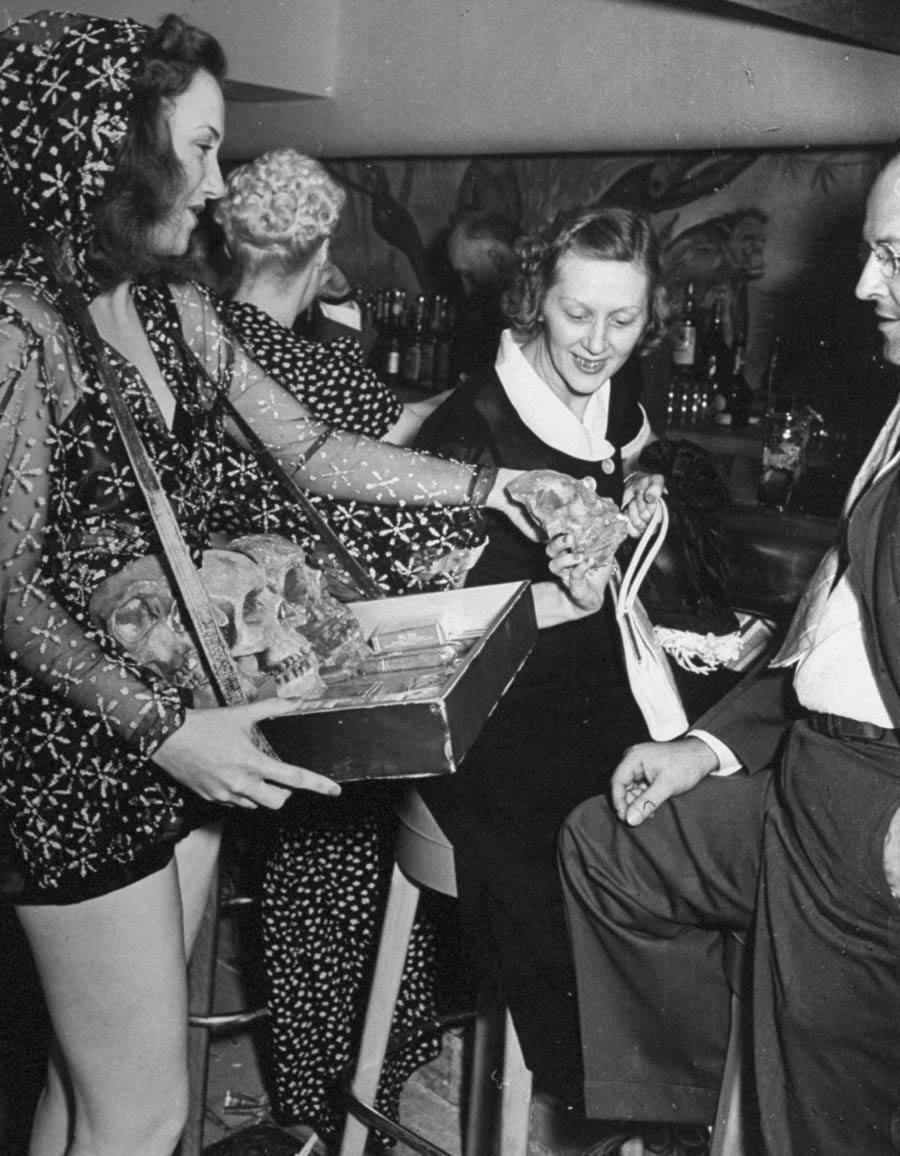 Cigarette girls had more than just smokes to offer within the walls of the Catacombs Nightclub. Plaster skulls were also a part of her pitch, and hit a chord with the patrons who wished to fully emerge themselves in the experience. 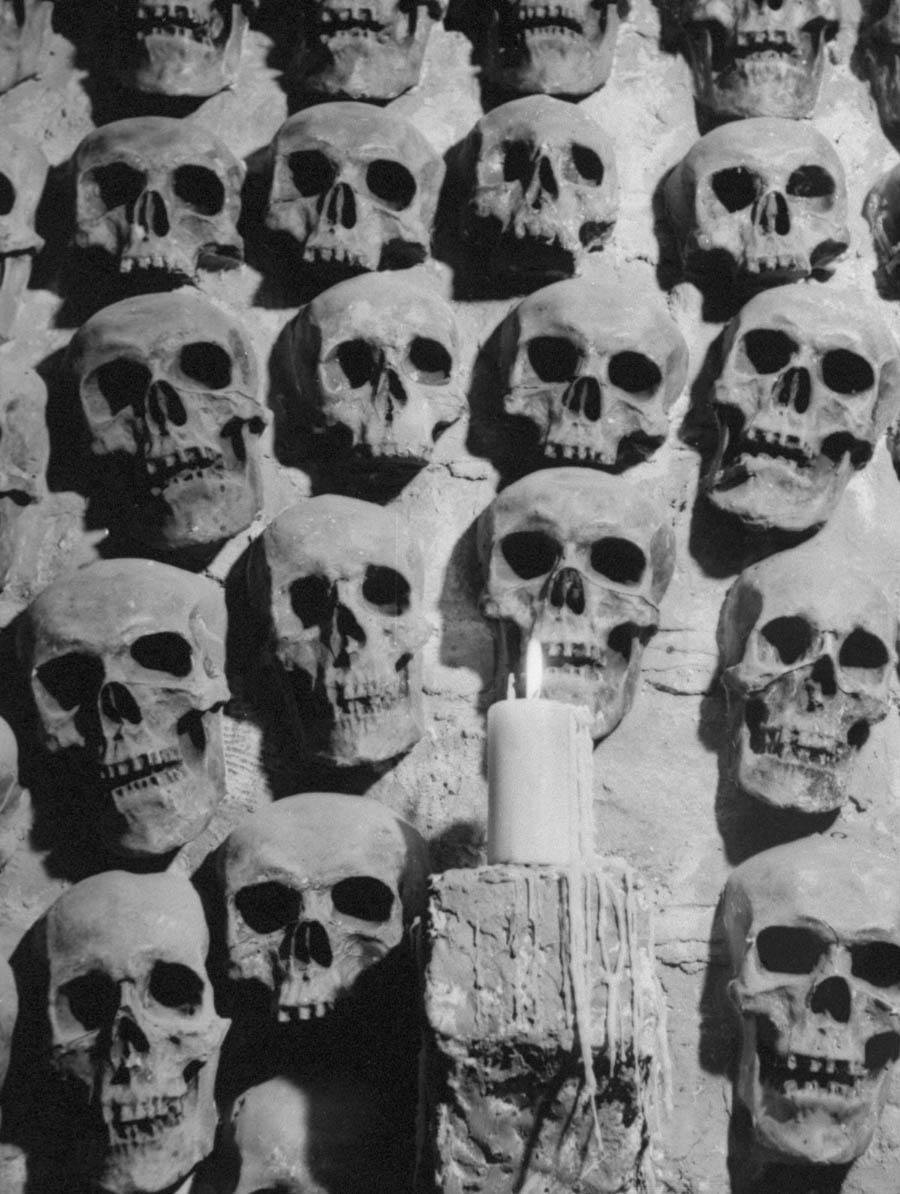 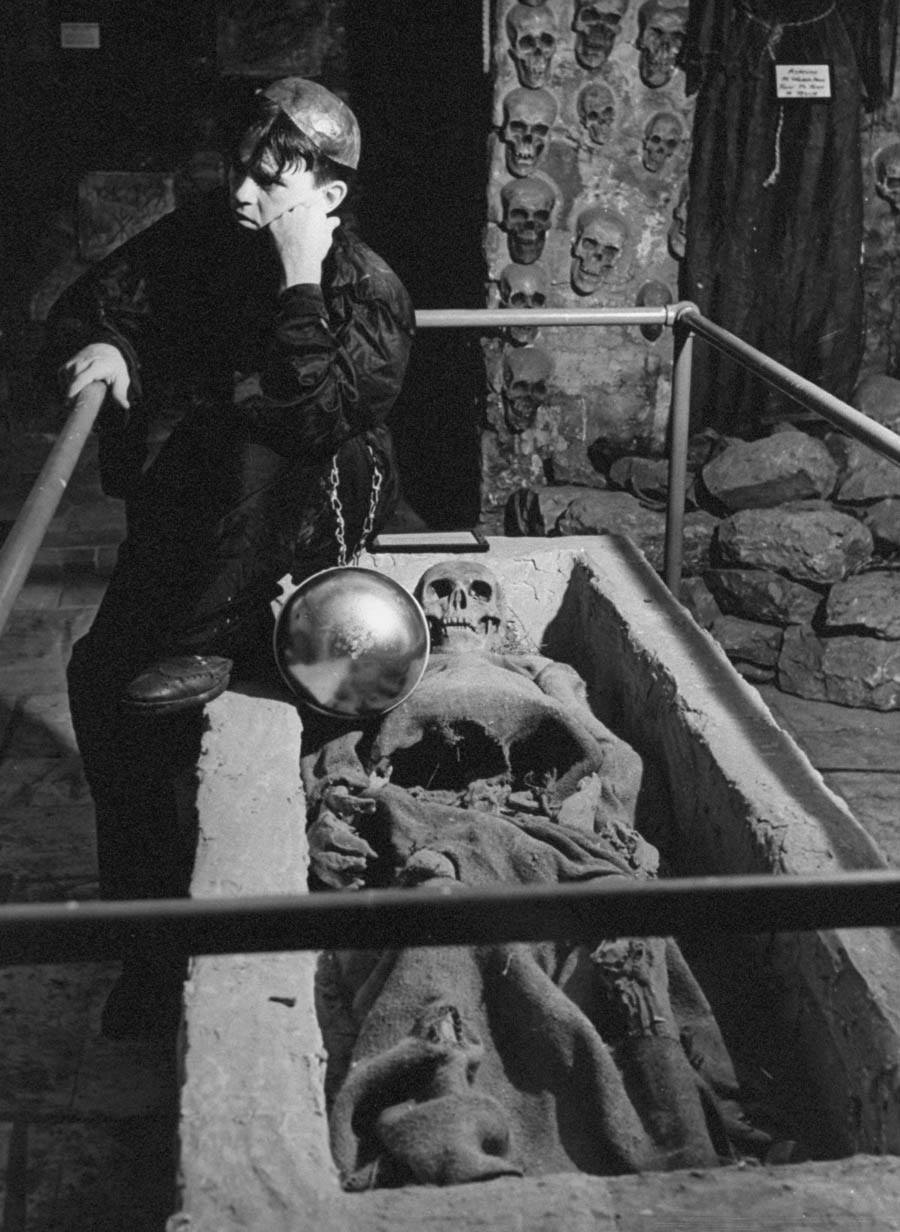 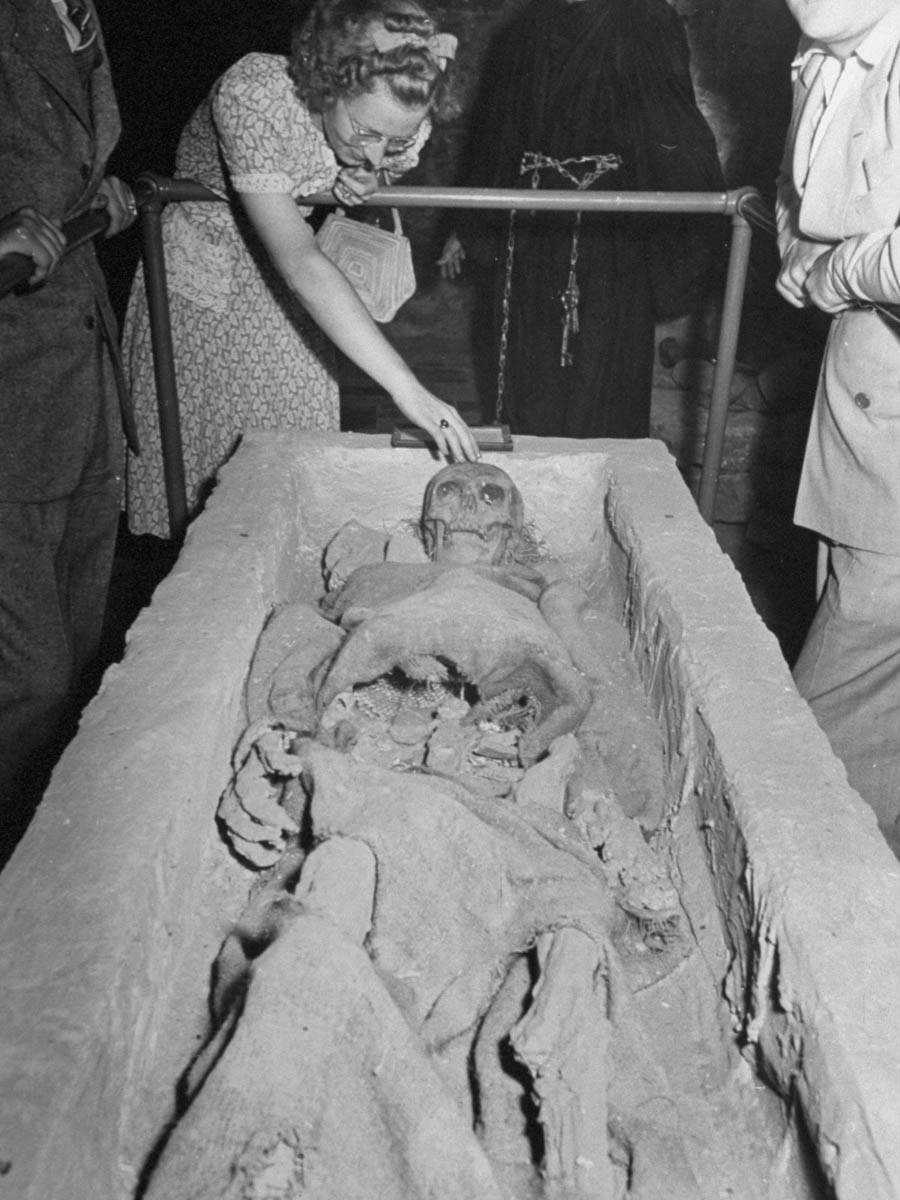