Anywhere else, technicolor palaces and snaking fortresses would be show-stopping sights. But in Sintra, Portugal, they're the opening acts. 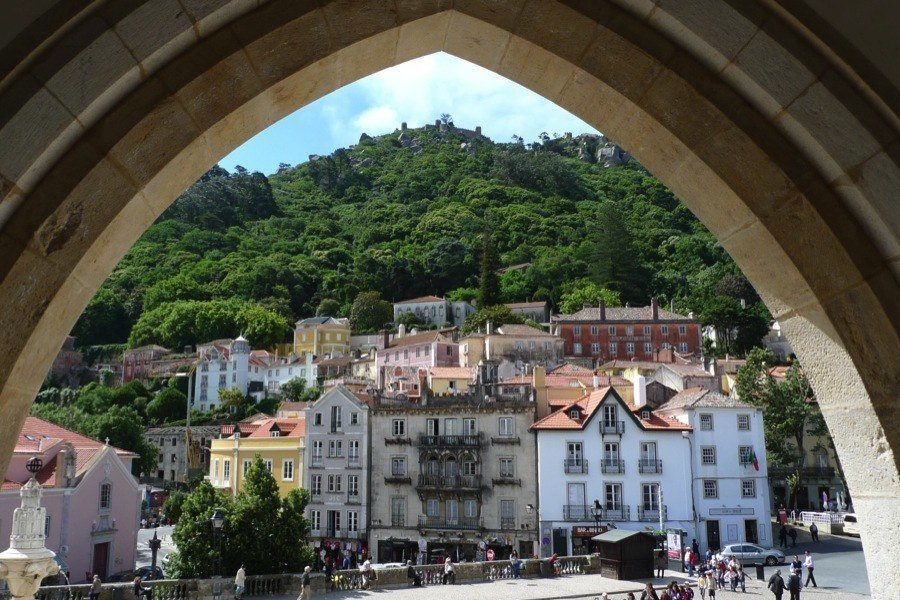 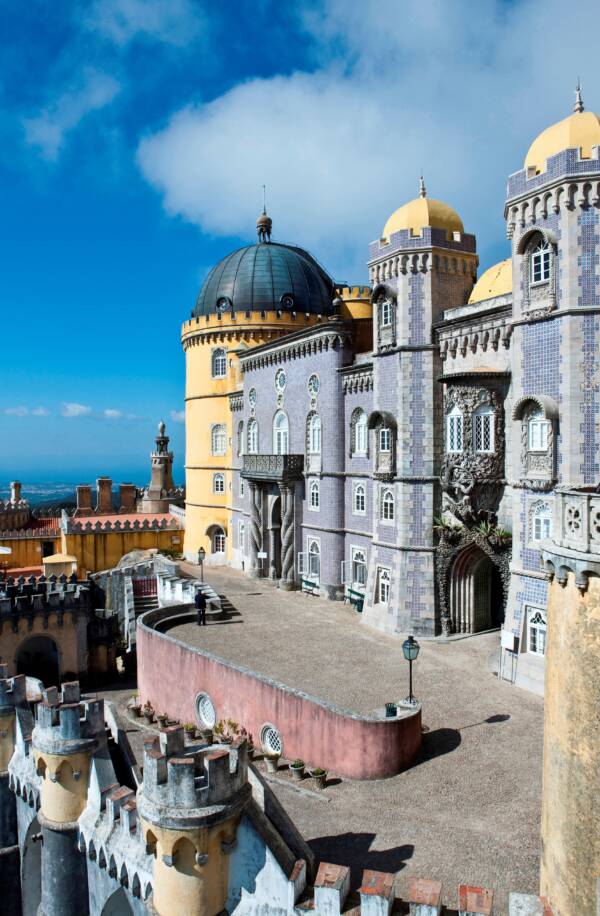 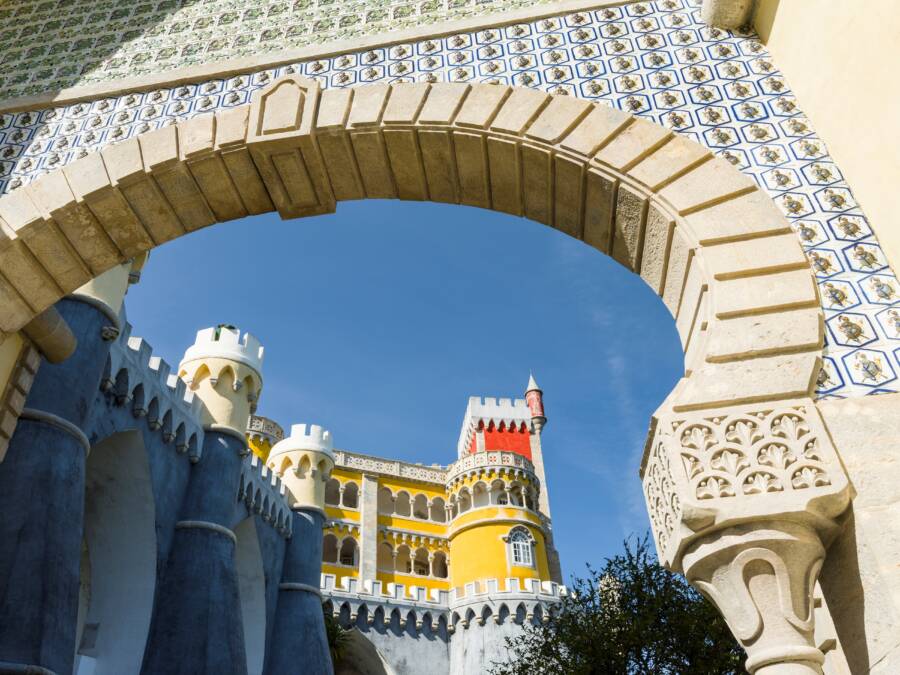 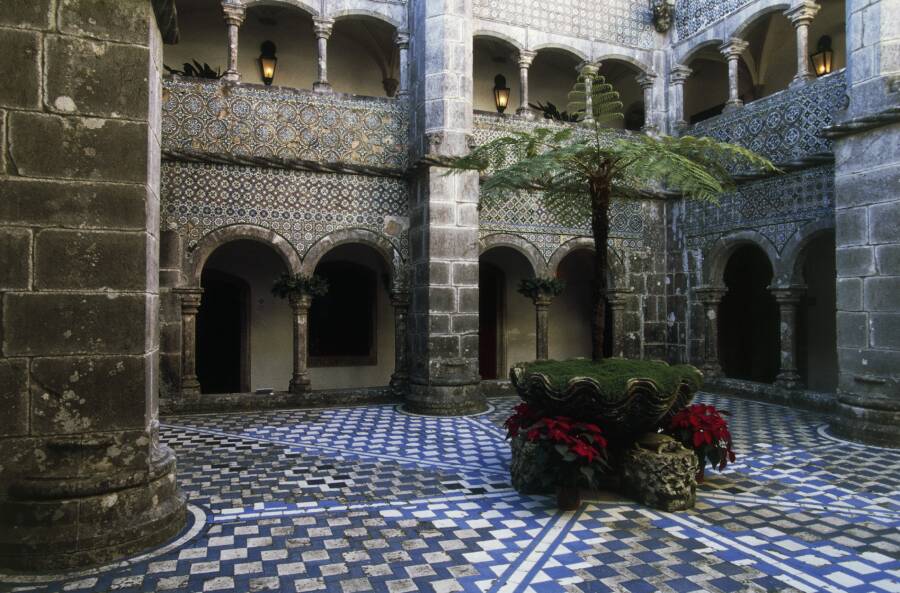 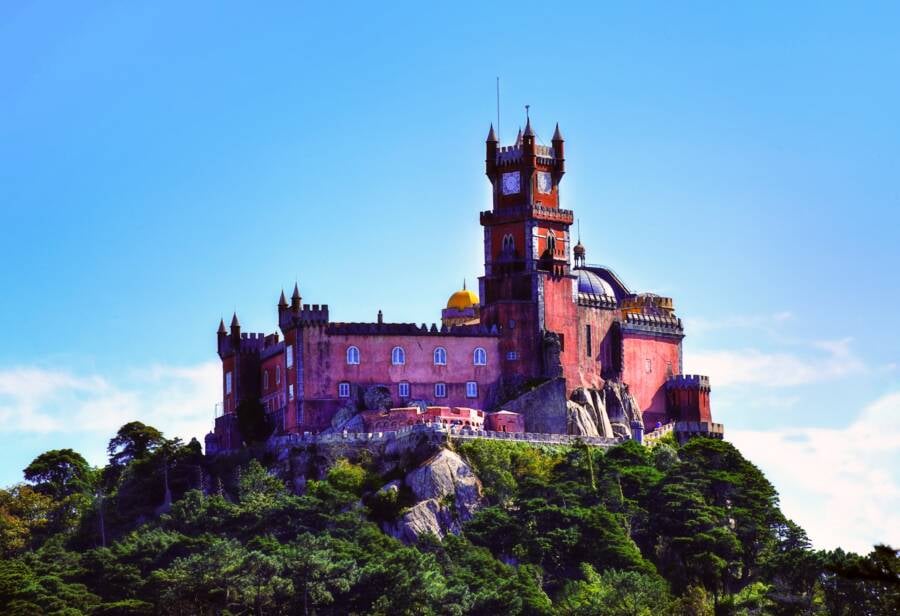 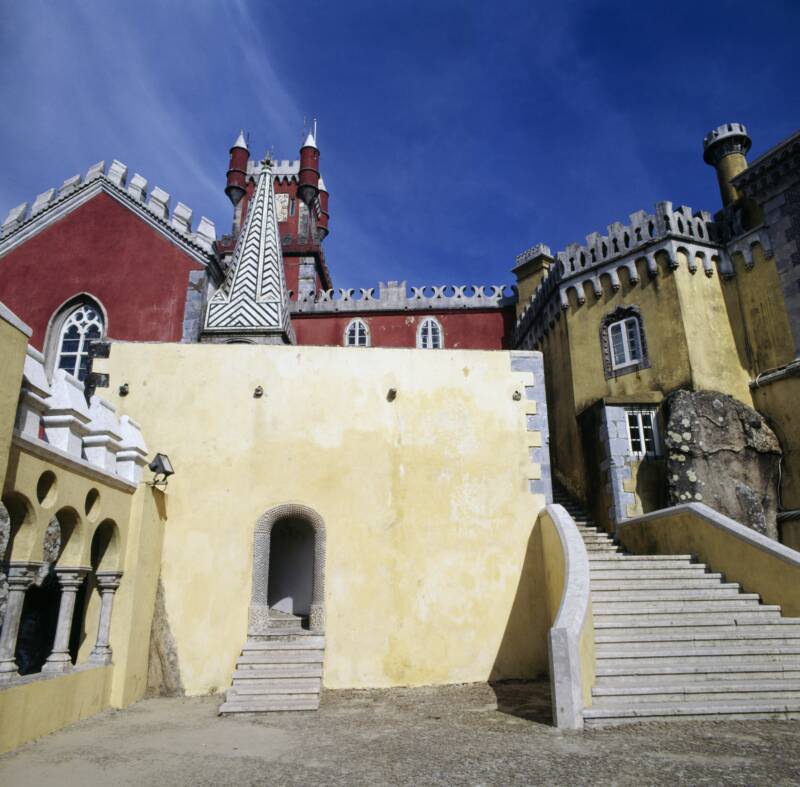 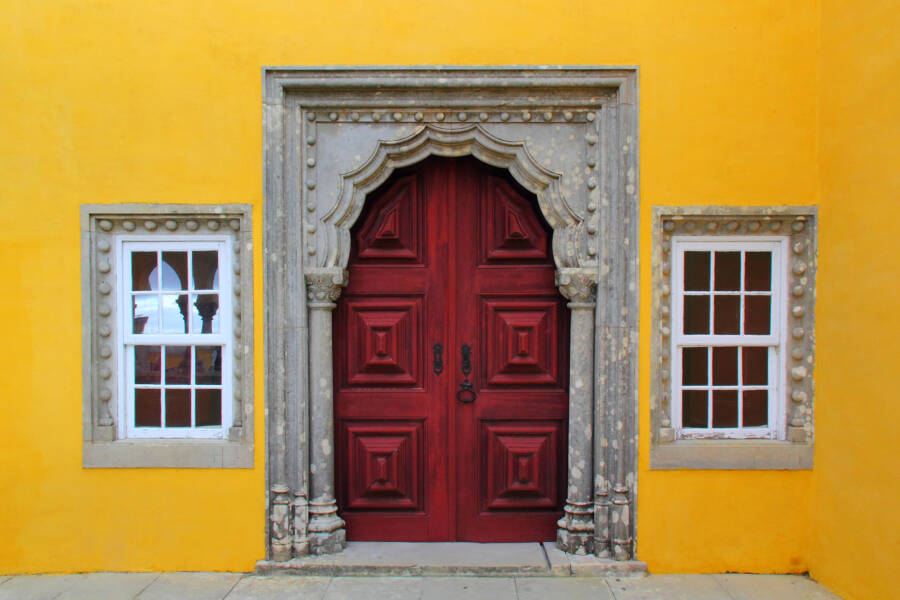 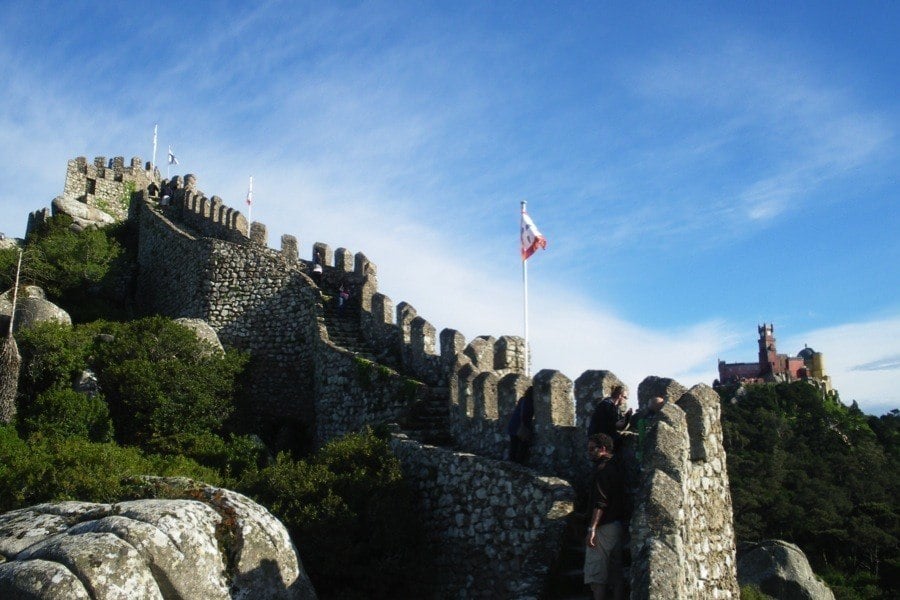 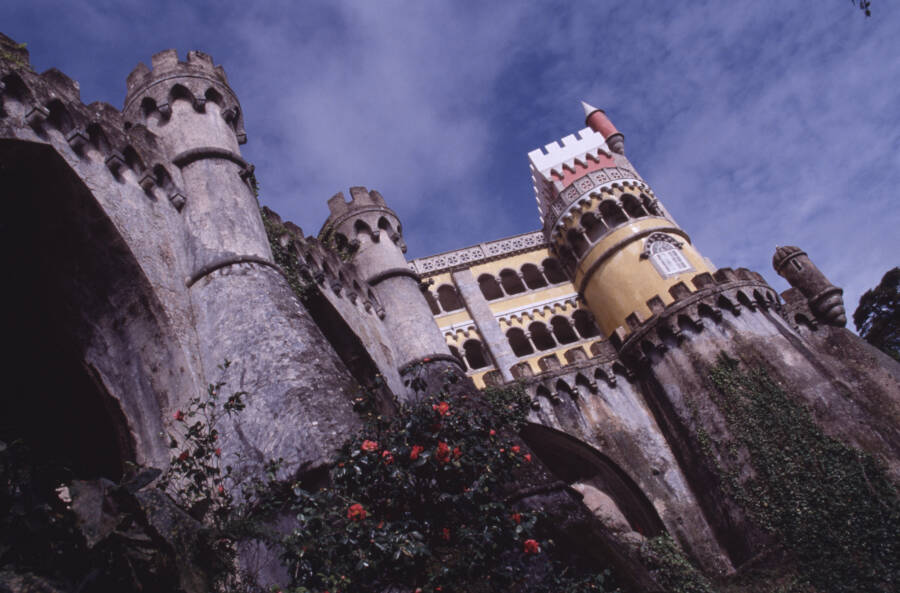 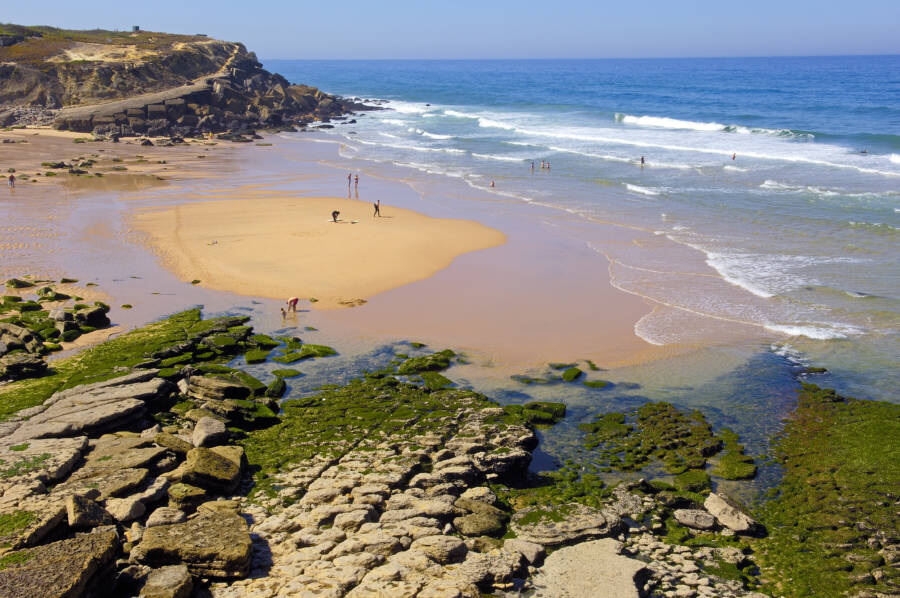 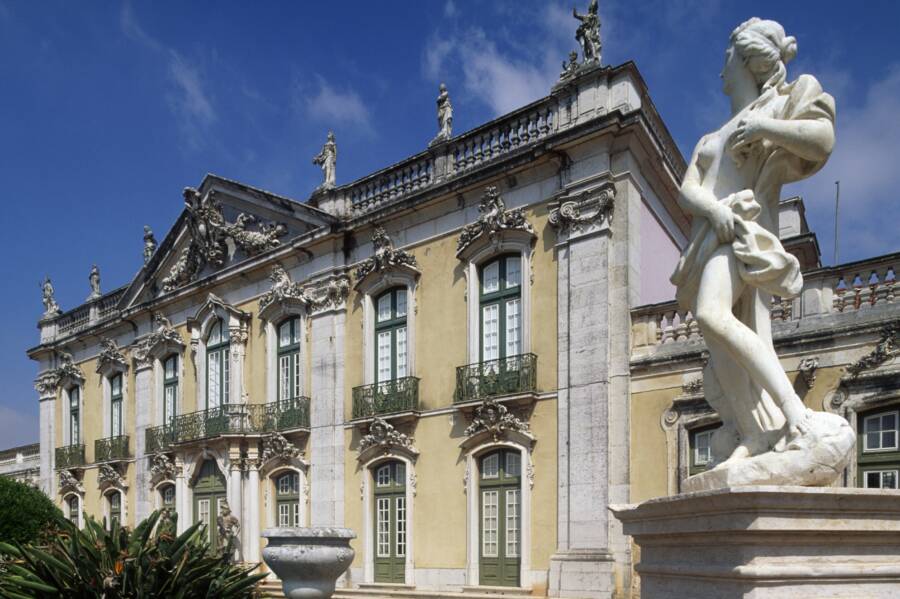 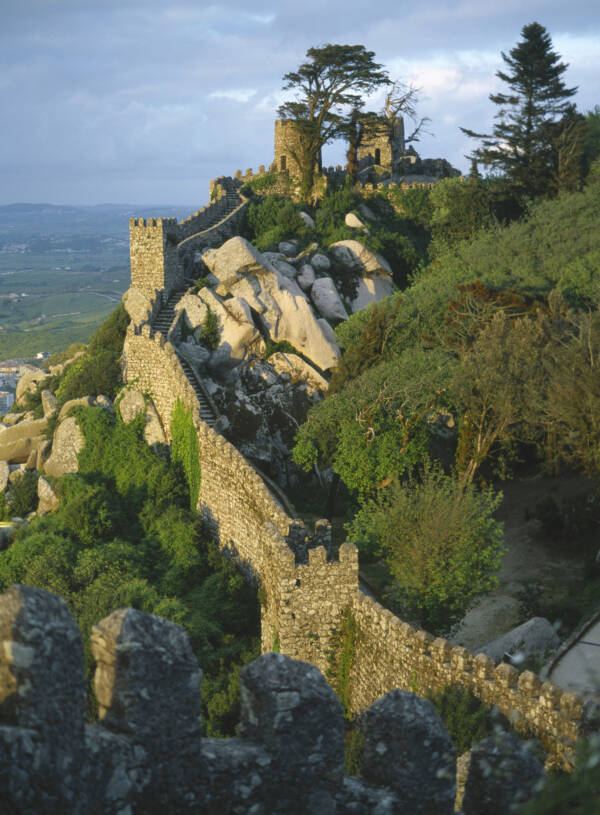 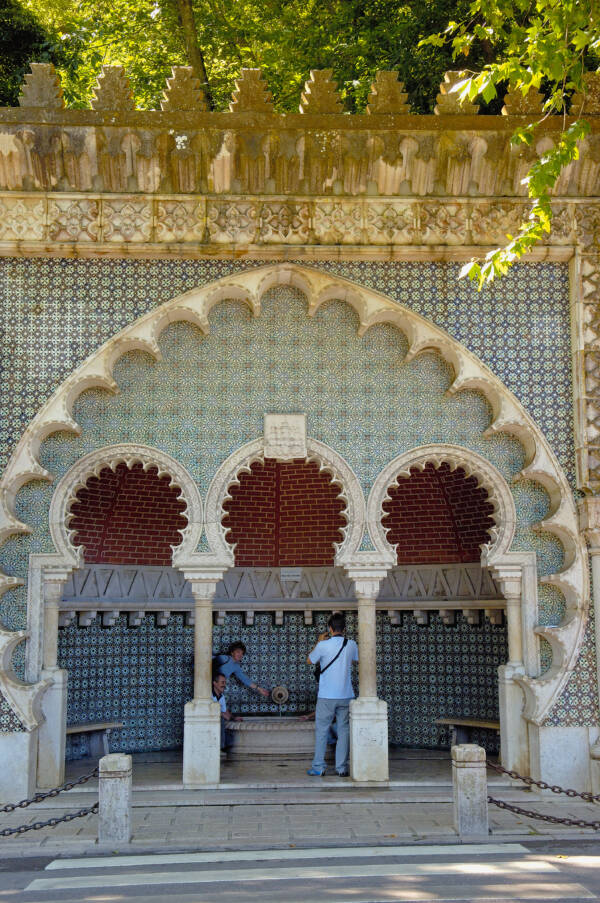 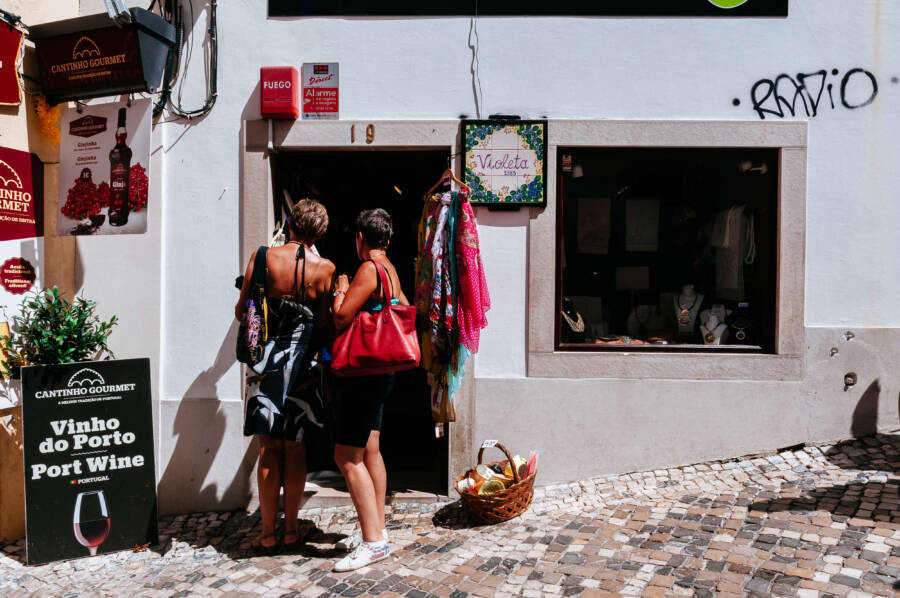 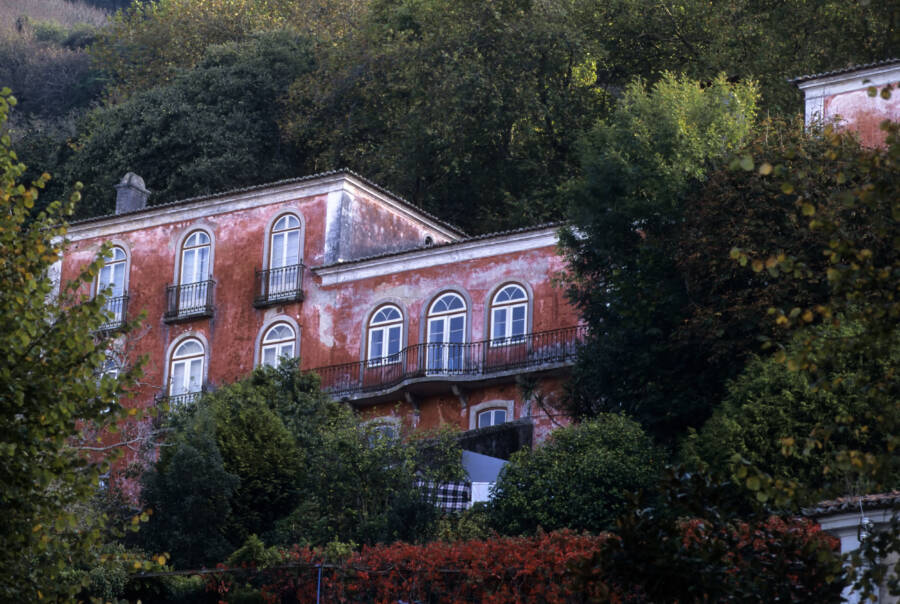 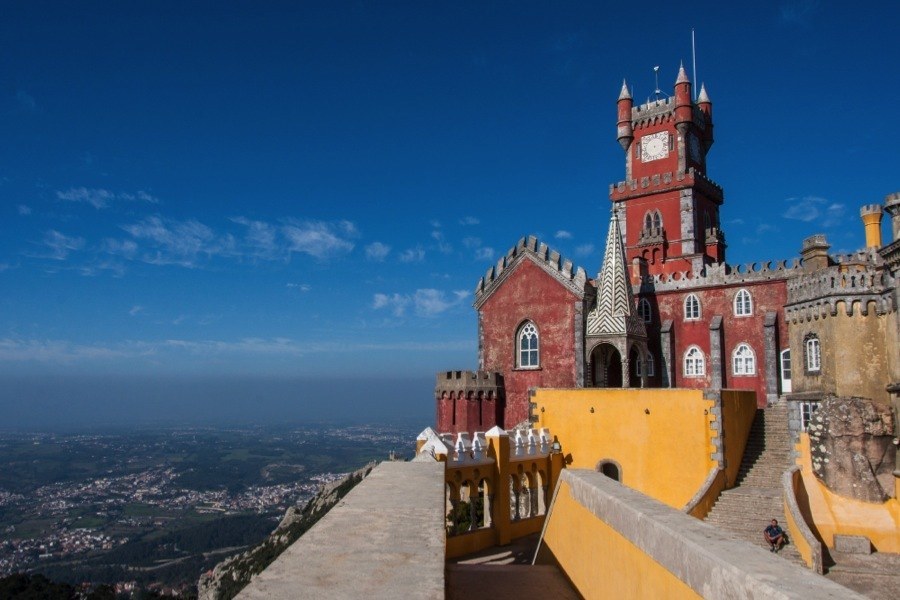 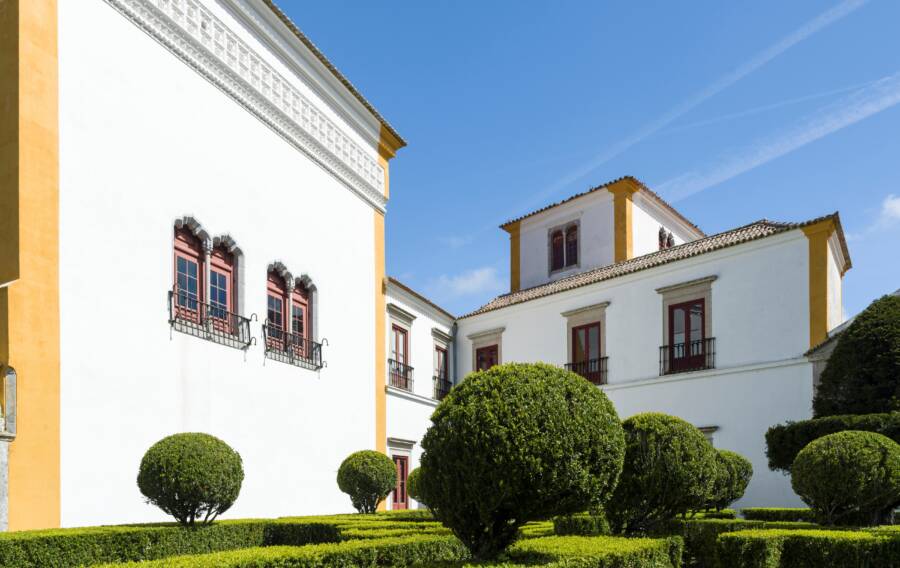 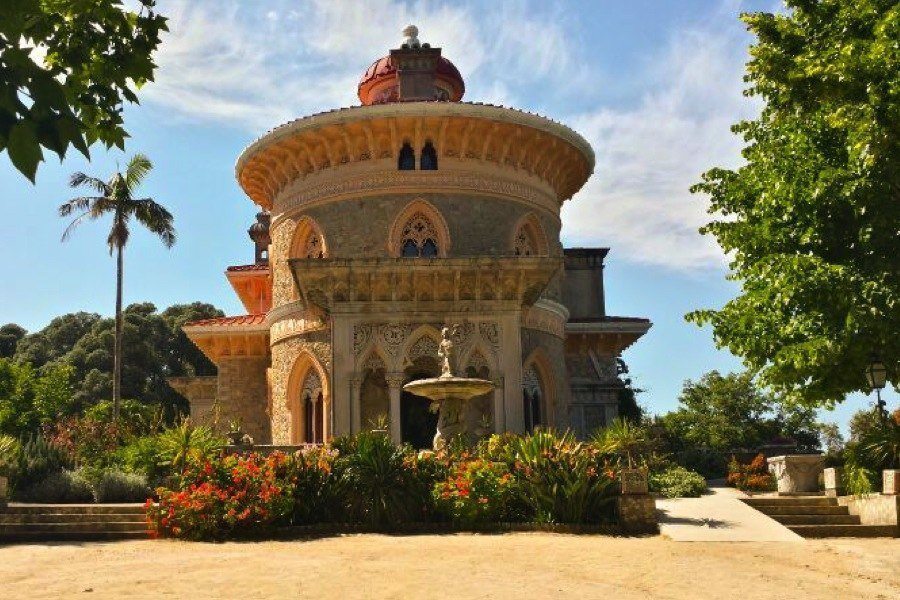 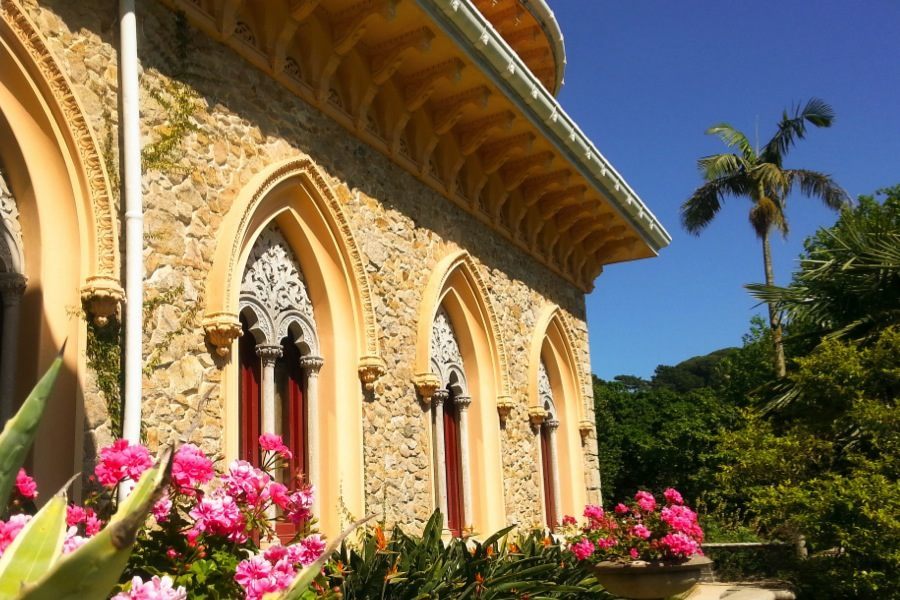 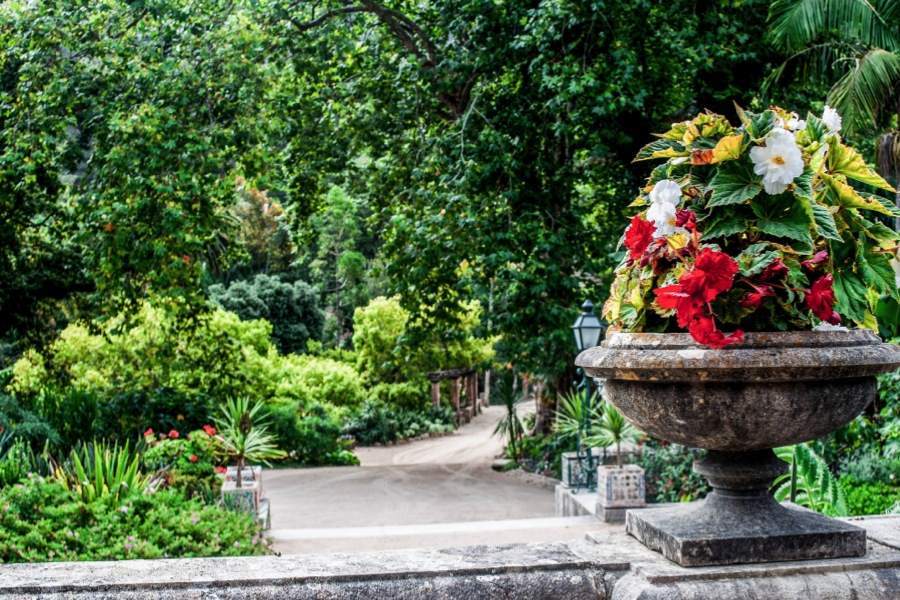 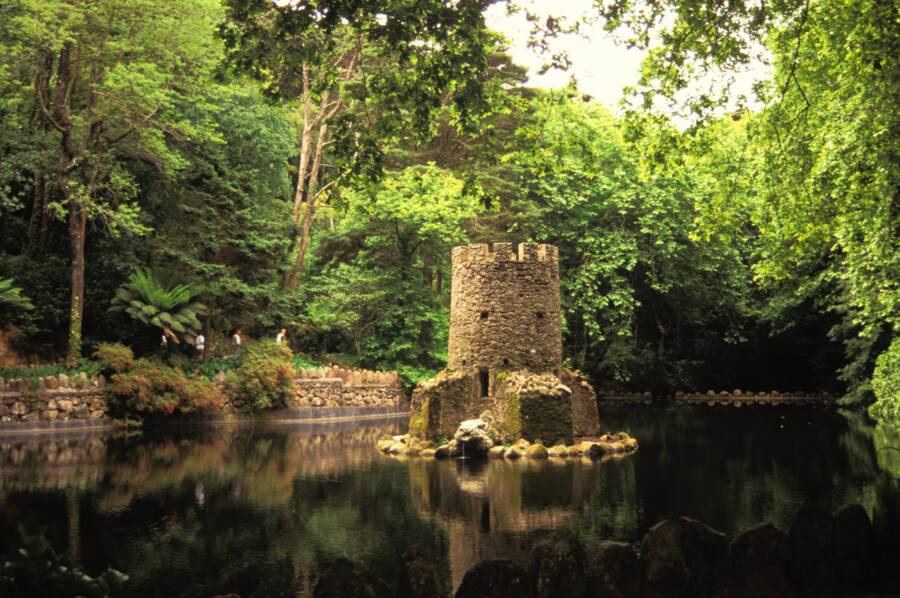 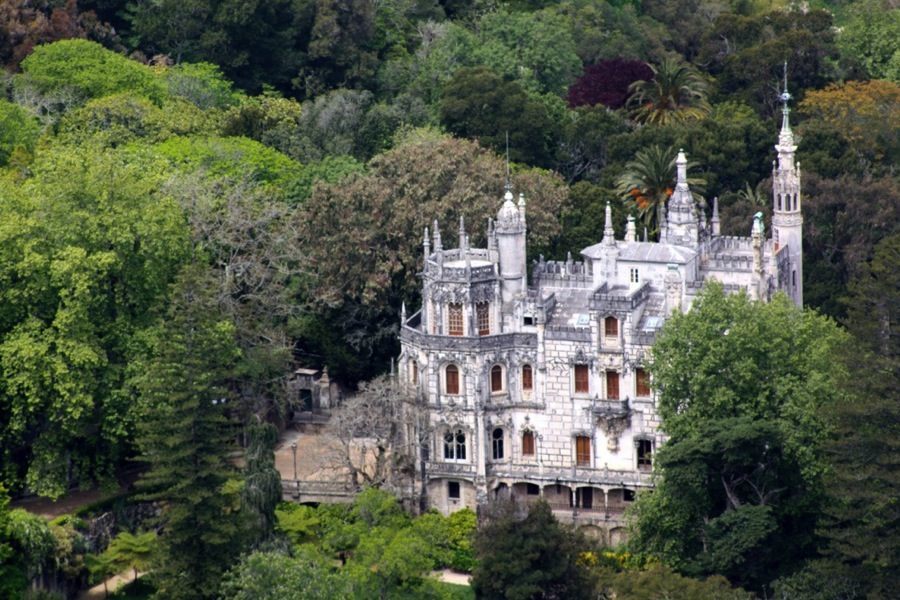 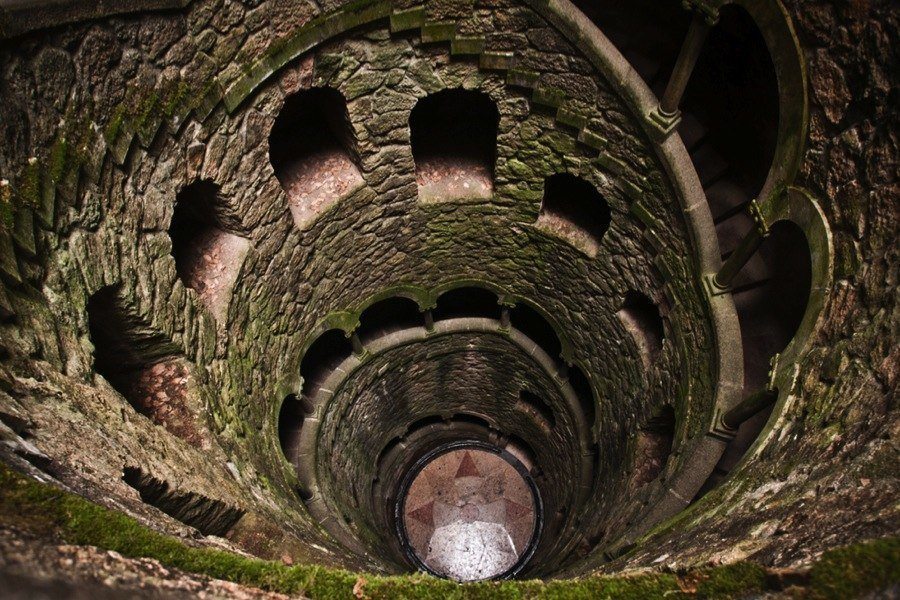 Sintra, Portugal is a three-dimensional anthology of architectural pleasure on the Atlantic coast. Considered a royal sanctuary, its lush terrain is peppered with pastel palaces. UNESCO declared it a World Heritage site in 1995.

The architectural and historical attractions in Sintra are abundant. They include a municipal building completed in 1154, and the royal palace. Perhaps most well known, the Quinta da Regaleira with its enigmatic history involving secret societies.

Anywhere else, architectural specimens like these are showstoppers. But in Sintra — a half-hour drive from the capital city of Lisbon — they are just the opening acts. Arguably, the three most impressive sites are the Pena National Palace, the Islamic castle, and the Monserrate estate.

Sintra, Portugal: The Palace Of Pena 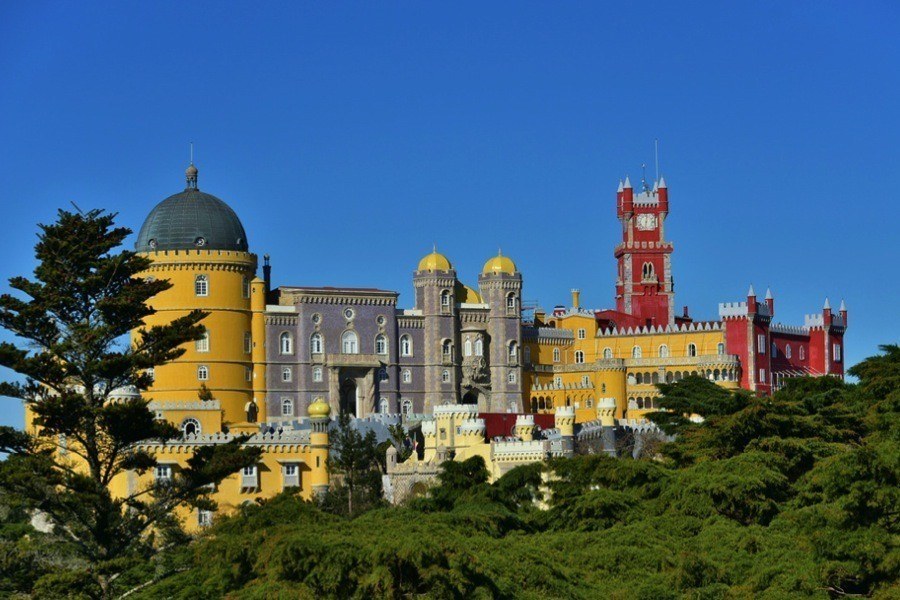 glynlowe/FlickrThe Pena National Palace rises out of the forested hills just outside of Sintra.

This spectacular building rises from the foggy hills just beyond Sintra city limits. It looks like it's pieced together from several different castles, because of the different colors and styles. As was tradition, builders began construction on the palace after an apparition of the Virgin Mary appeared on site.

King Manuel I ordered the palace become a monastery. He subsequently donated it to the Order of Saint Jerome. For hundreds of years, Pena Palace was a quiet place for meditation. It housed a maximum of eighteen monks at a time.

The site received its colorful makeover in the mid-1800s. King Ferdinand and Queen Maria II decided to make it into a lovely summer retreat. He acquired the monastery, the surrounding lands, and also the Castle of the Moors that was nearby.

The result of his renovation was a unique architectural mash-up of Islamic, Gothic, and neo-Renaissance styles. Domes, parapets and vaulted arches are arranged in dazzling juxtaposition. Ferdinand apparently wanted it to look like an opera.

It consists of foundations, enveloping walls and gateways, plus the restored convent, cloister, and clock tower. The interiors decorated in the cathédrale style, and are no less opulent than the other parts of the castle.

The royal family fled during the Revolution of 1910, and so Pena palace and the grounds fell into disrepair. However, the state restored the site later in the 20th century. It is still used for occasional high-level government meetings, but the most frequent visitors are tourists.

The Islamic Castle And Fortress Walls 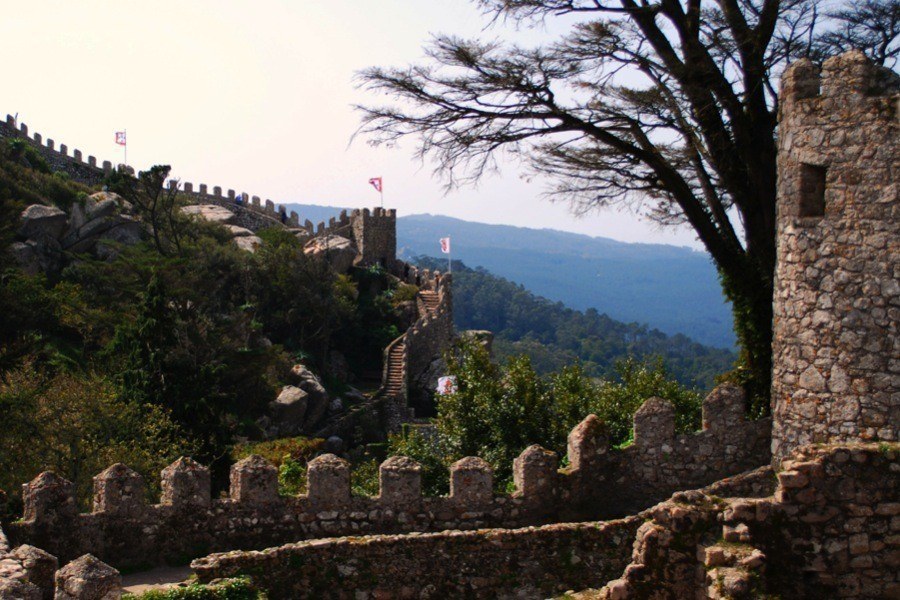 The Islamic Castle is a medieval fortress often called the Moorish castle, because the Moors built it in the 8th and 9th centuries. (Much of Portugal lived under Islamic rule for over 500 years from the early 8th century.) This incredible fortress is possibly on the site of an older stronghold built by the Visigoths.

During the latter half of the 12th century, the limestone and masonry chapel inside the castle became the parish seat. However, a huge Earthquake hit Lisbon in 1755, causing considerable damage. This greatly affected the stability of the castle.

Ferdinand II began conserving the condition of the castle in 1840. He consolidated the walls, created nooks and manicured areas, and stabilized the chapel.

The impressive fortress walls still wind up and down the hillsides. On less foggy days, it offers spectacular views of the surrounding country. The walls resemble those of the Great Wall of China at certain angles. 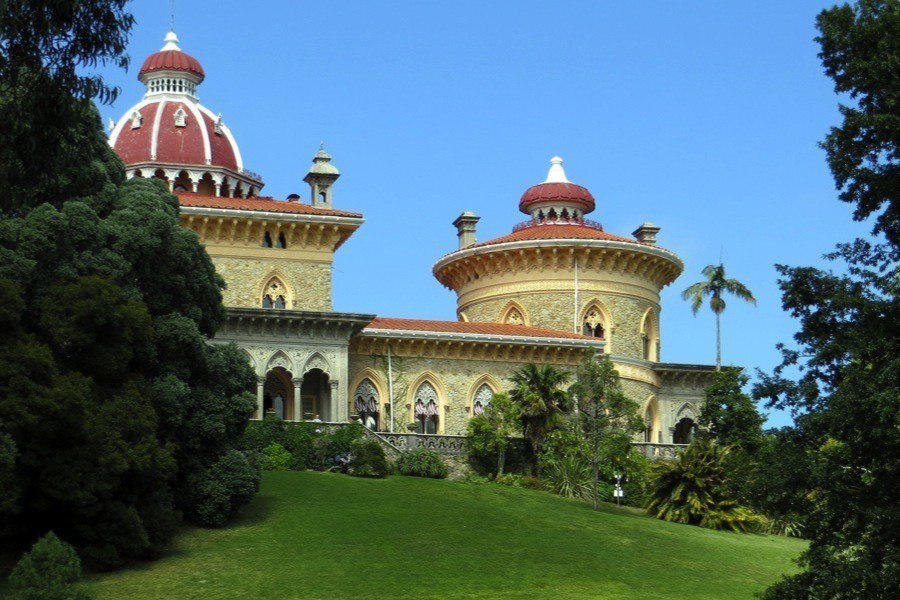 According to legend, a chapel dedicated to Virgin Mary sat on this very spot in 1093. On these ruins, Friar Gaspar Preto built another chapel in 1540 — and also dedicated it to Our Lady of Monserrate.

After its construction, a hospital and a governor owned it. However, the previously mentioned 1755 Lisbon earthquake rendered the farmhouse inhabitable. Aside from the structure, this incredible building also boasts amazing botanical gardens.

Over 3000 exotic species of plants collected from all parts of the world find home in the gardens of Monserrate. Study and analysis of the micro-climatic zones made this seemingly impossible task possible. Furthermore, the landscaped gardens are surrounded by an oak forest.

Lord Byron visited the palace in 1809, and it inspired the poem Childe Harold's Pilgrimage. One can retrace his steps through Sintra, Portugal through this descriptive writing.

As one more modern tourist remarks, " ... every square inch is covered in art. It's truly elegant."

Francis Cook, an early admirer and English merchant rented the estate in 1856. (He since garnered the title Viscount of Monserrate.) Cook bought the property seven years later and began work with architect James Knowles on the remains of the house. After Knowles completed the work, the Cook family used the palace as their summer residence.

The Portuguese state acquired the property and grounds in 1949.

For more remarkable European destinations, check out our posts on Roman ruins outside of Italy and European natural wonders!