Historical British Monarchs Like You’ve Never Seen Them Before 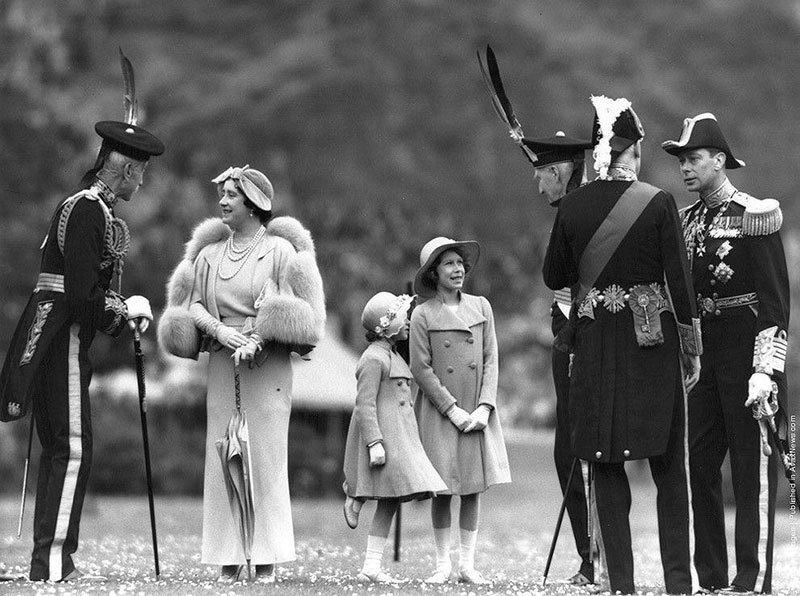 The Queen, Princess Elizabeth and Margaret Rose as they interact with the royal archers in 1937. Source: Colossal

Now that Princess Charlotte has made her debut, there’s one more British royal stealing the hearts of the world. While monarchy is a thing of the past in many countries, it’s hard to deny the tiny bit of fairytale excitement and glamour that comes to mind when we envision the shiny lives of kings and queens.

Since 1837, six British monarchs have occupied the throne: Victoria, Edward VII, George V, Edward VIII, George VI and Elizabeth II. These past centuries have been marked by countless births, deaths, christenings, marriages, wars and coronations, bringing us to where we are today. Take a trip down memory lane and see more than 100 years of British monarchs in this vintage collection: 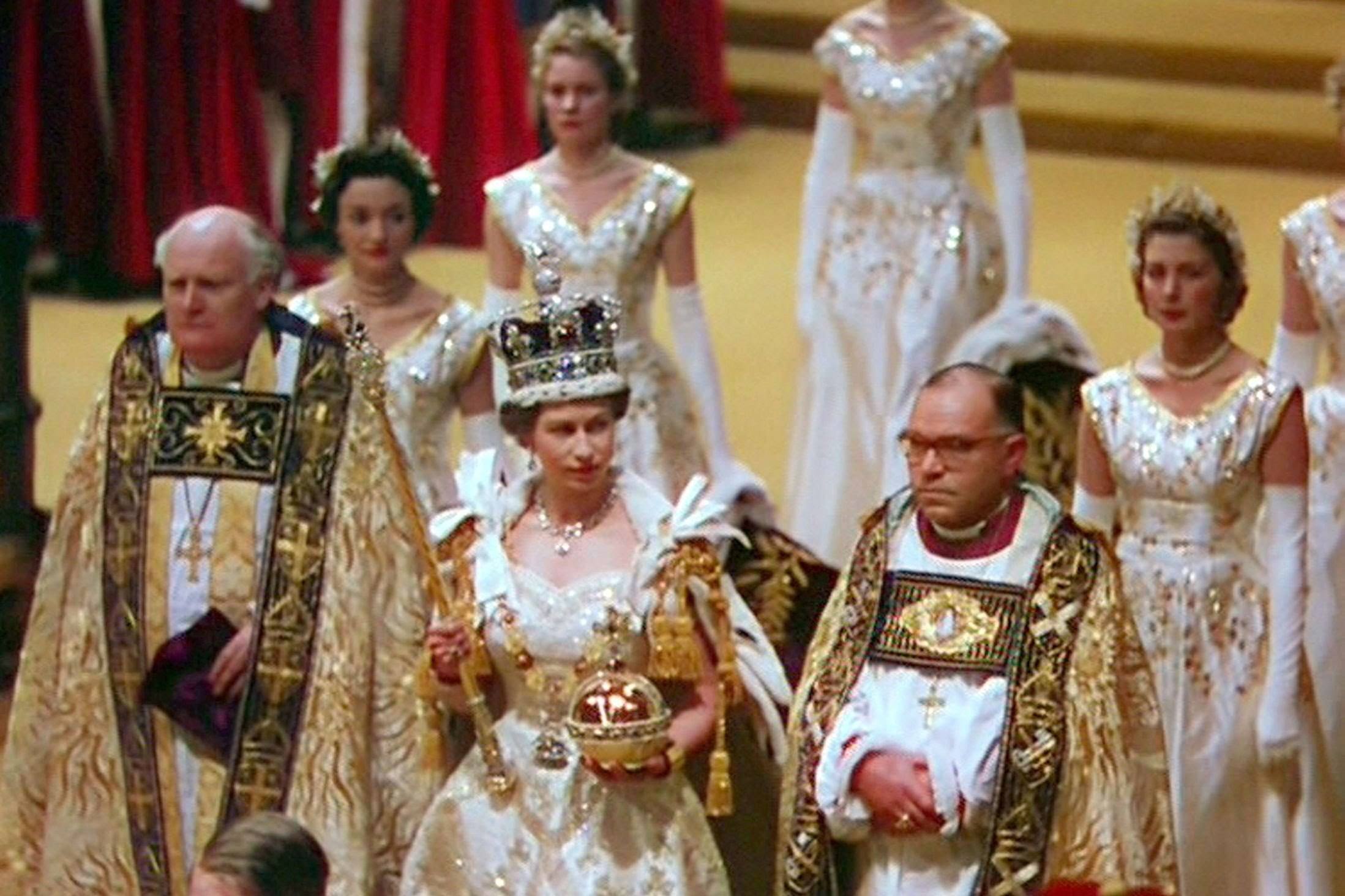 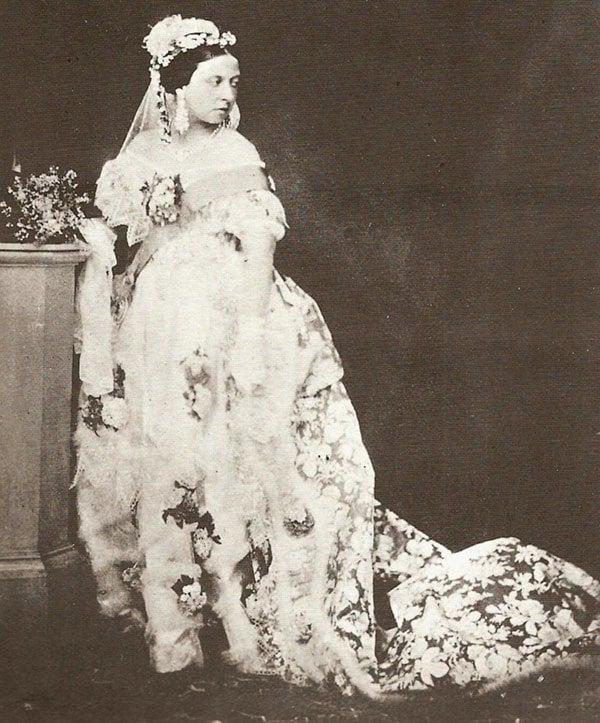 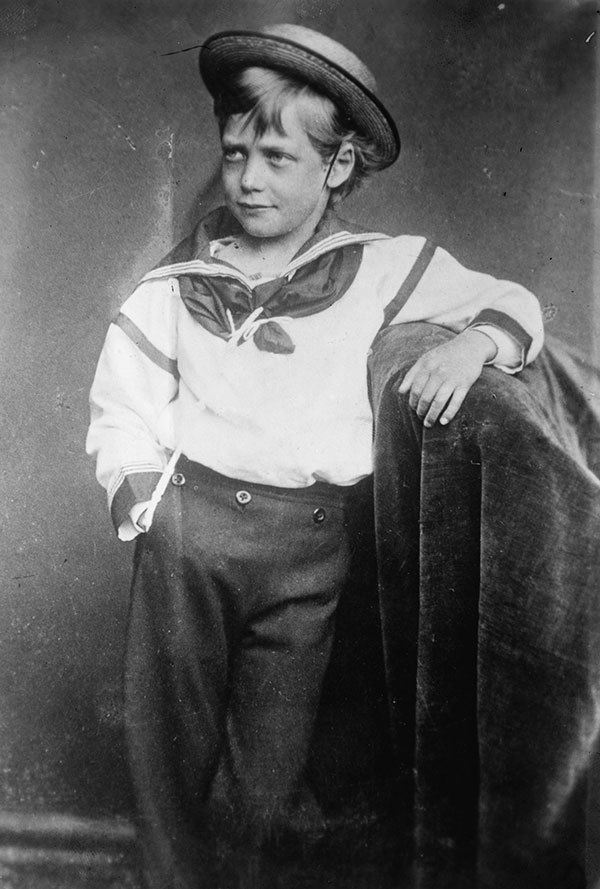 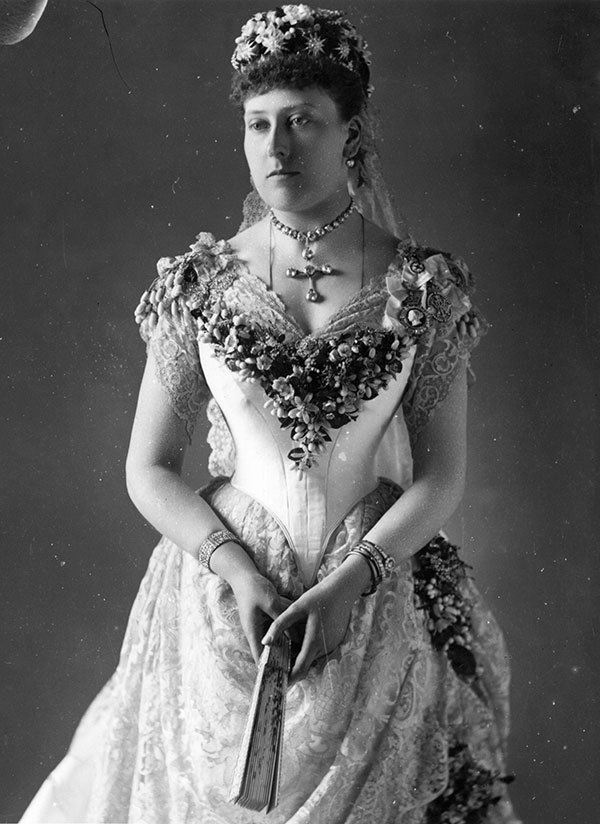 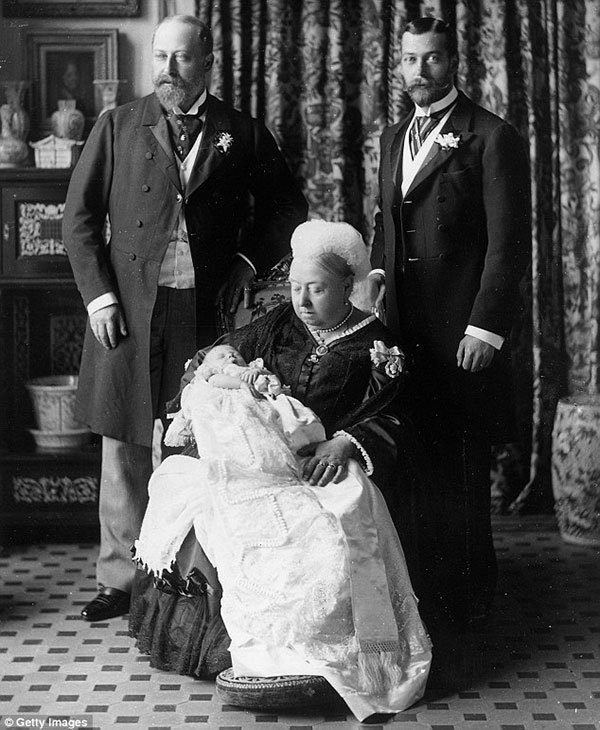 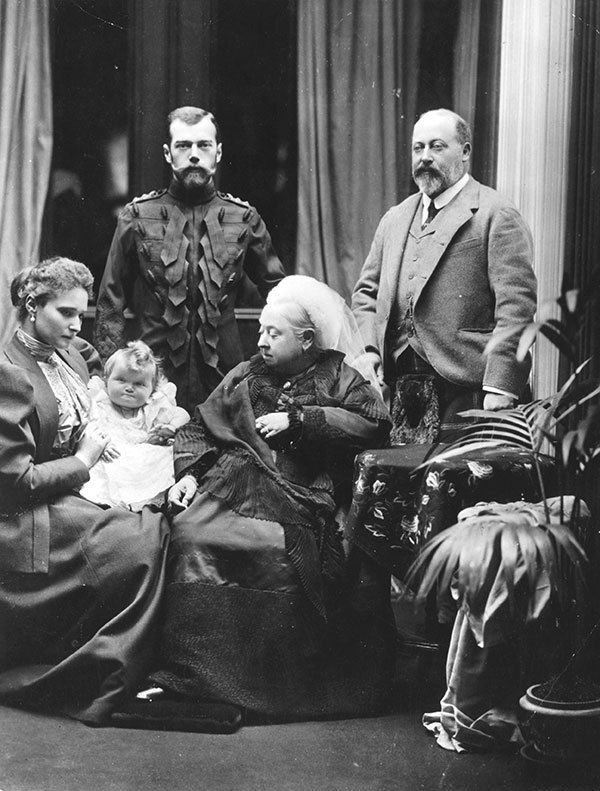 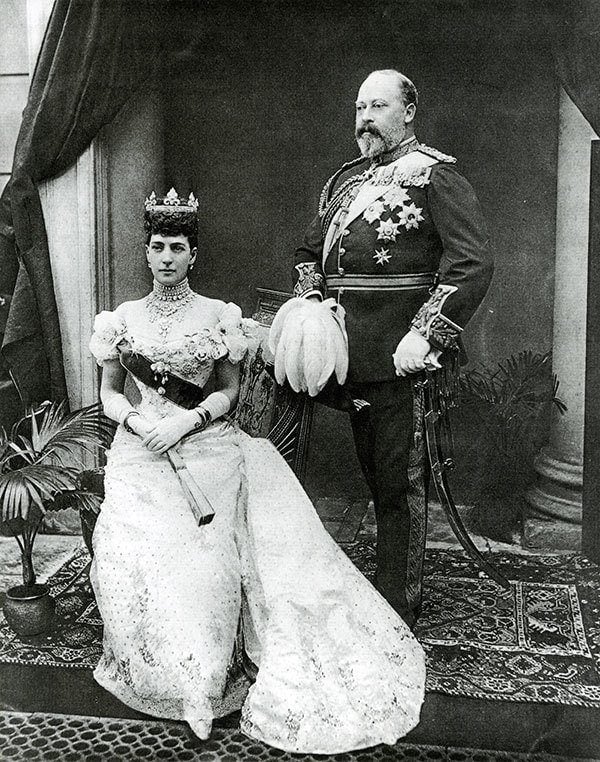 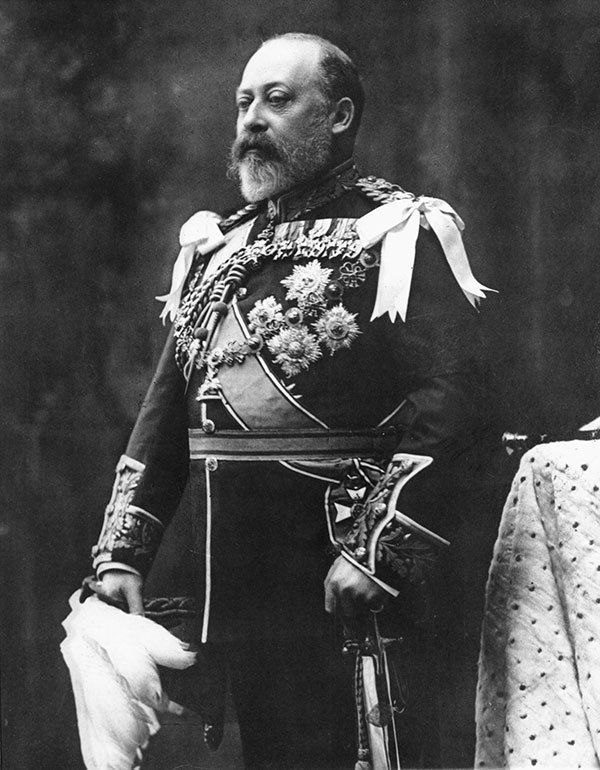 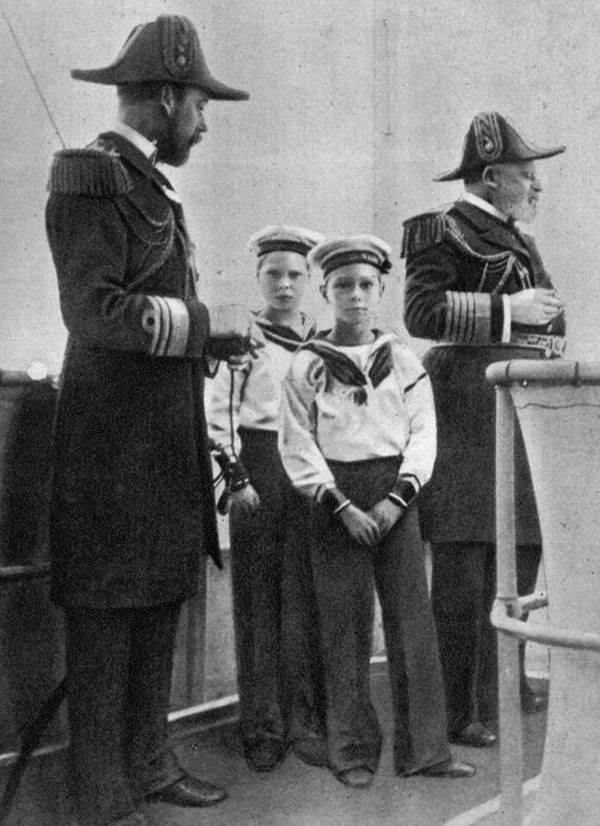 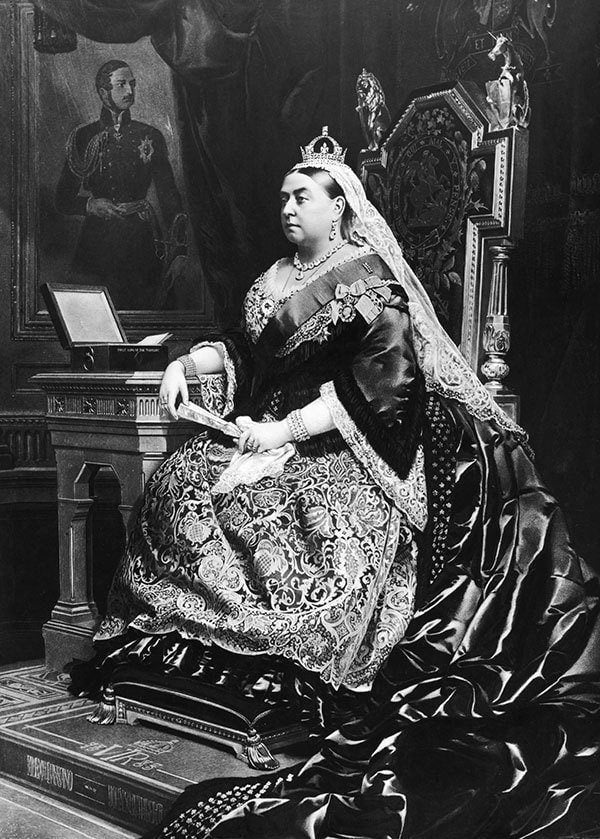 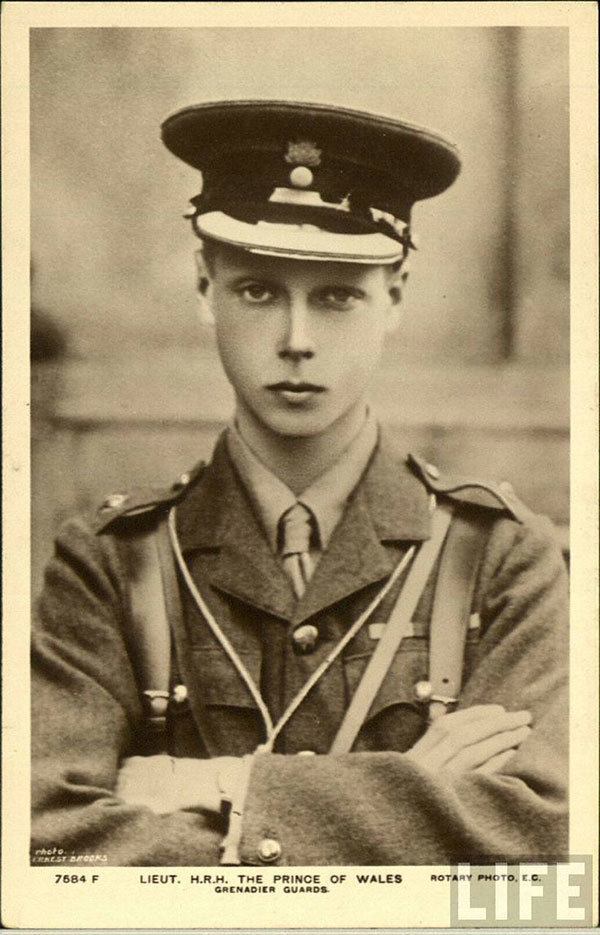 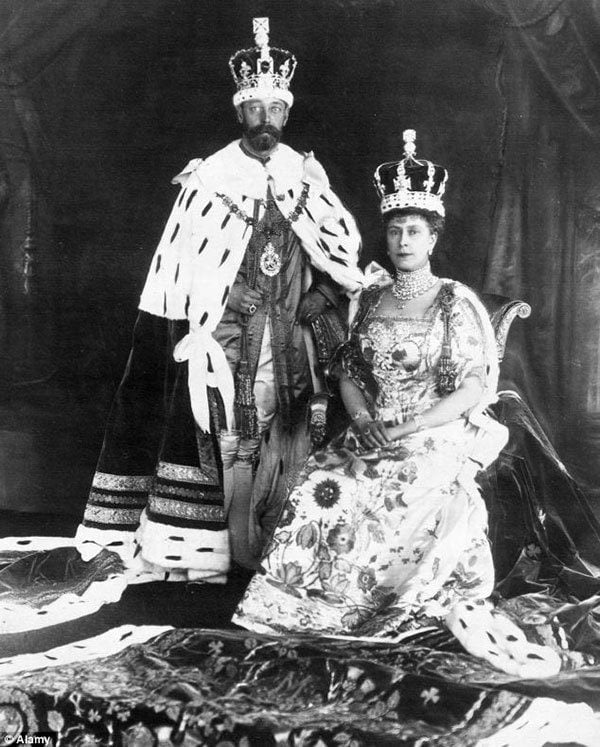 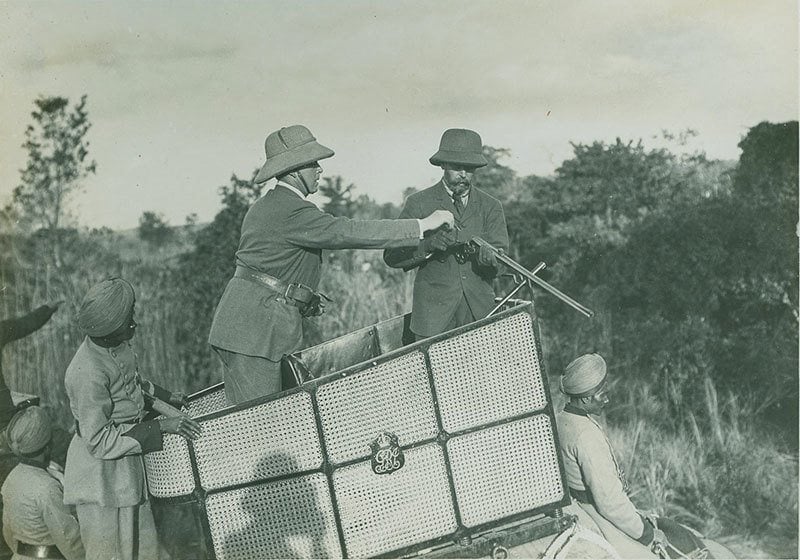 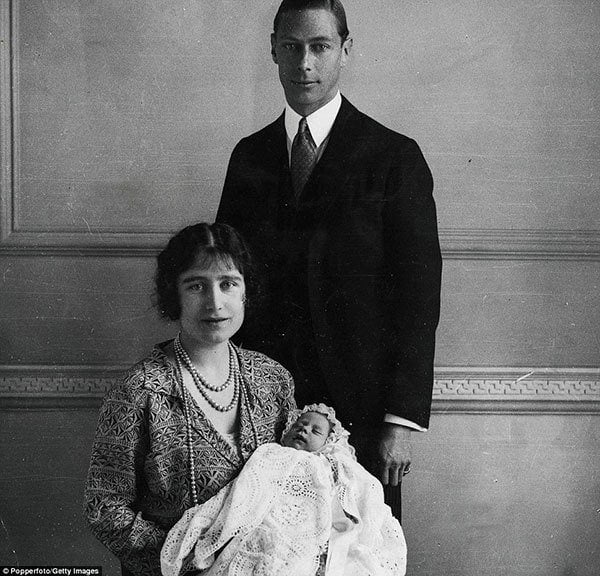 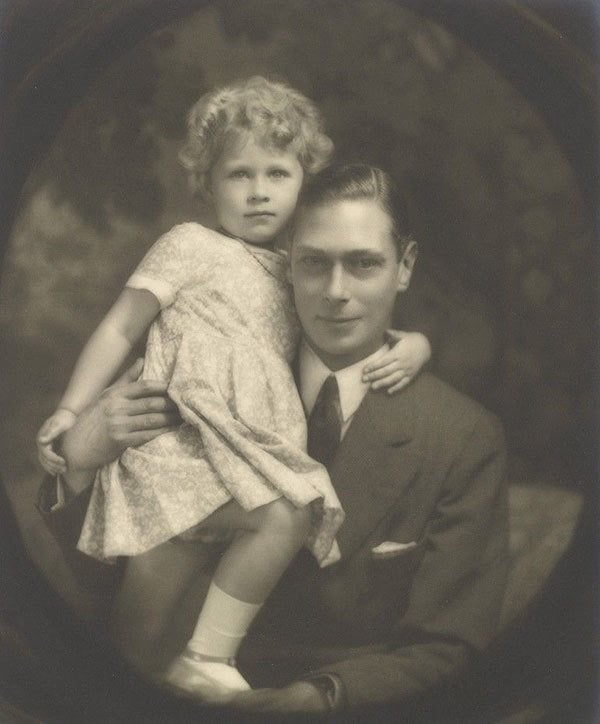 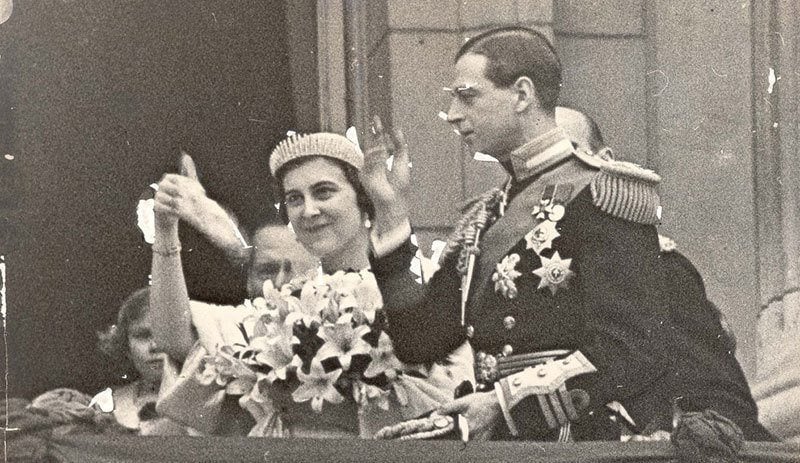 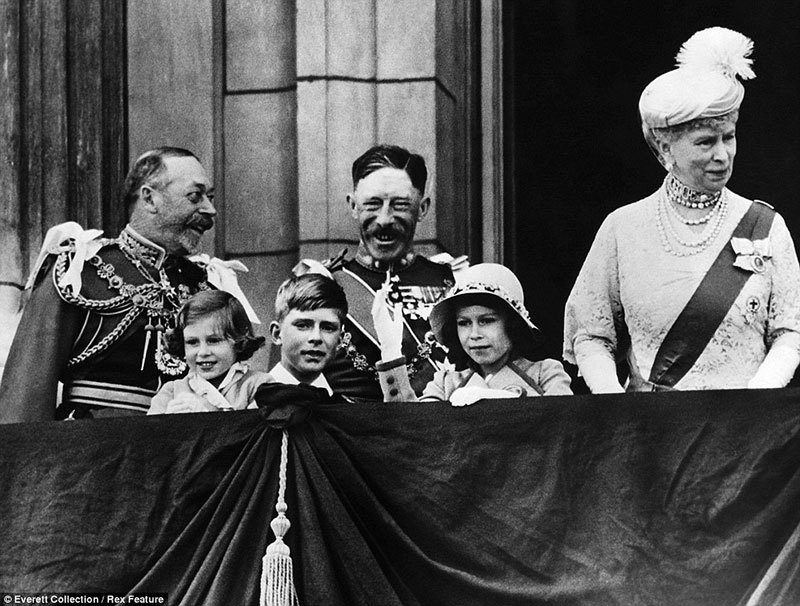 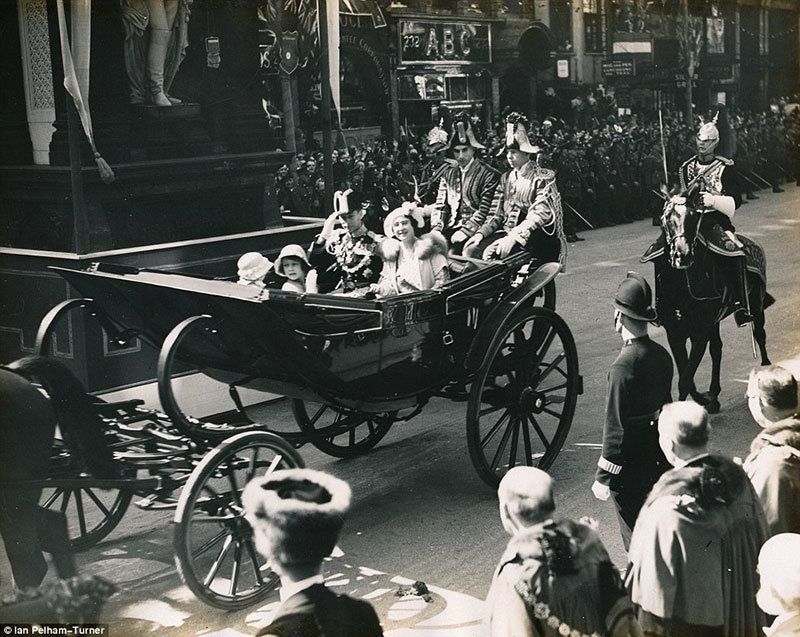 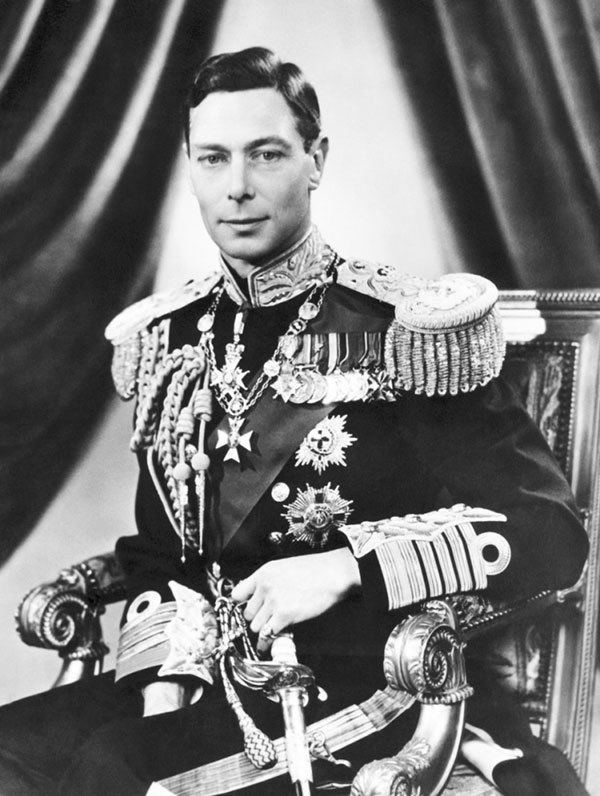 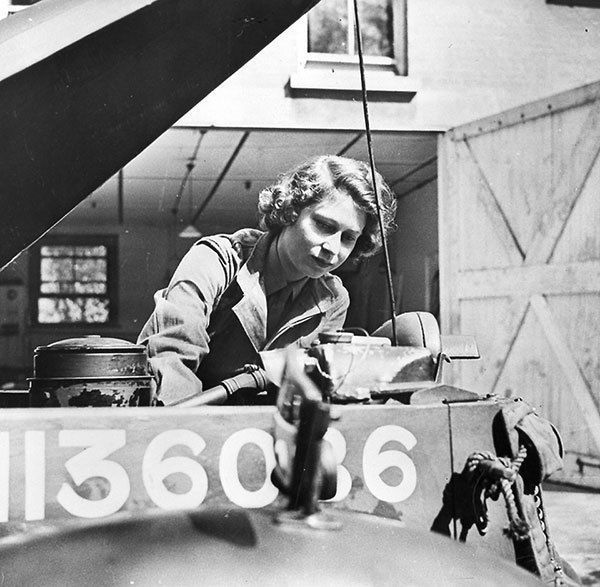 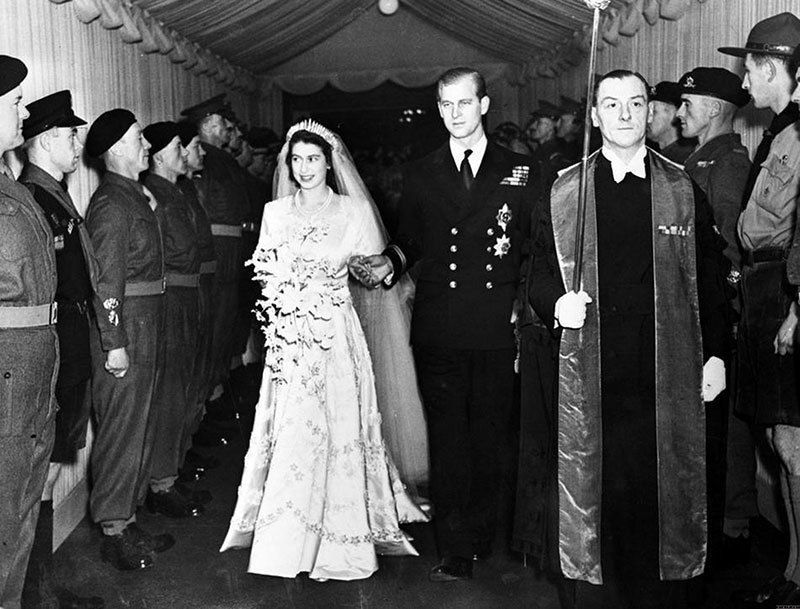 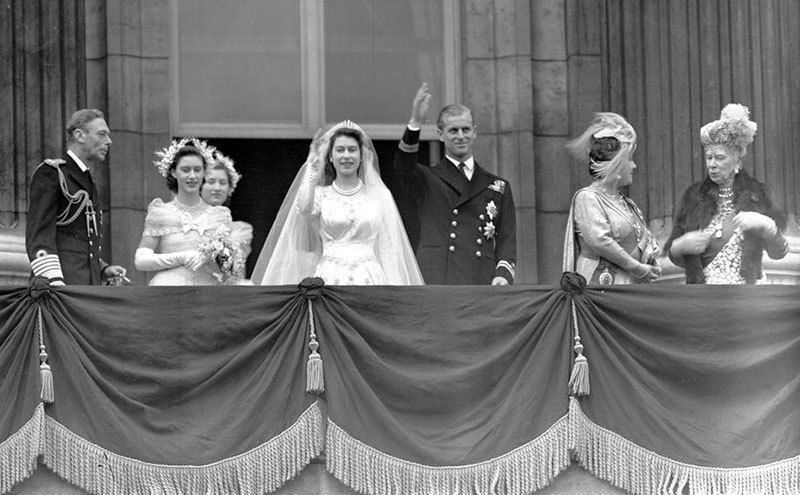 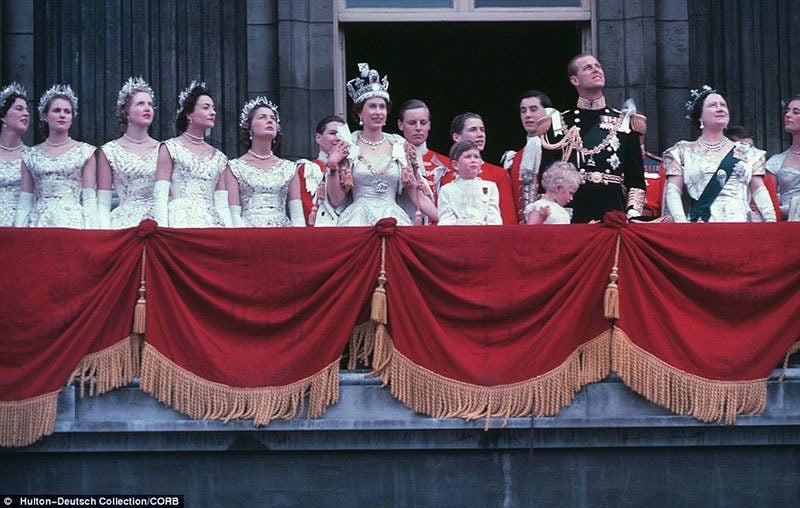 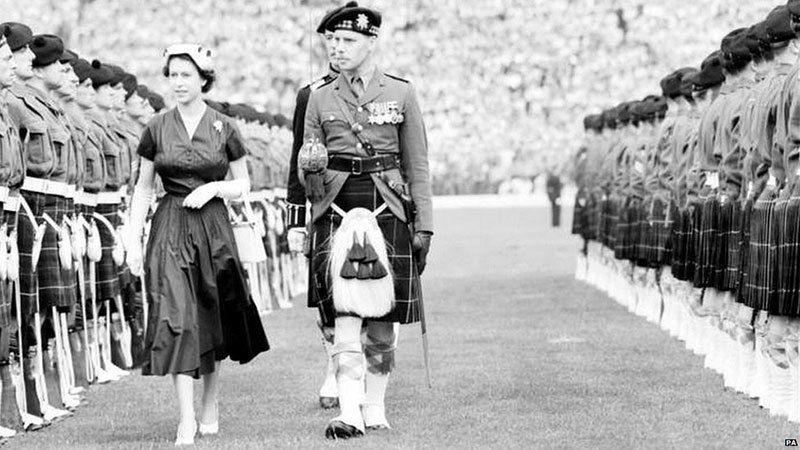 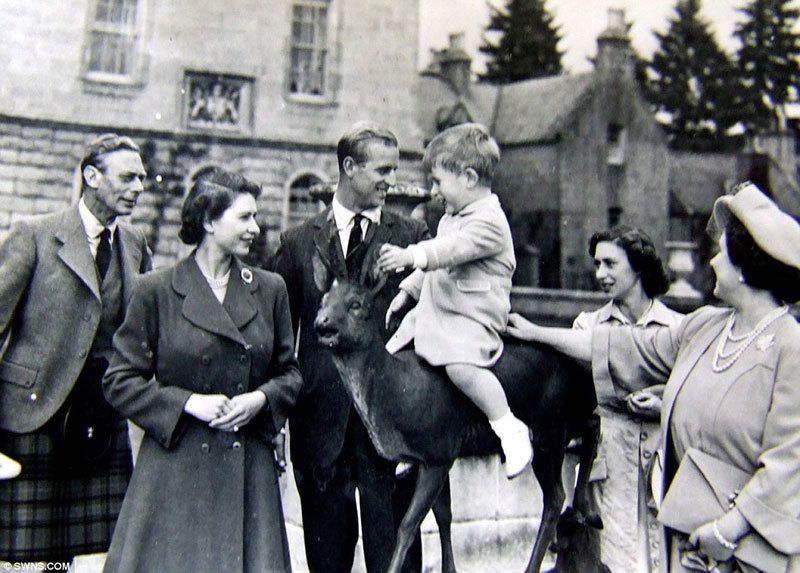 1 of 26
2 of 26
Queen Victoria wed Prince Albert in 1840. Source: Filip Welna Photography
3 of 26
This snapshot shows future King George V as a boy in 1870. Source: Wikimedia
4 of 26
An 1885 snapshot of Princess Beatrice, the youngest child of Queen Victoria and Prince Albert. Source: Vintage Blog
5 of 26
In image from 1894, Queen Victoria looks onto the future King Edward VIII at Richmond Park. Source: Daily Mail
6 of 26
Queen Victoria sits beside her son Edward VII (to her right) and Russian royalty Tsar Nicholas, Empress Alexandra and their daughter. Source: Wikipedia
7 of 26
Edward VII and Alexandra in 1896. Source: Wikimedia
8 of 26
King Edward VII ruled England from 1901 to 1910. Source: Britannica Kids
9 of 26
This 1905 vintage picture captures four of England’s monarchs at various stages in their lives: Edward VII, George V, Edward VIII and George VI. Source: Old Historic Photos
10 of 26
Queen Victoria, looking regal after decades as the nation’s ruler. Source: Stephen Liddel
11 of 26
A young Edward VIII. Source: Pinterest
12 of 26
The 1911 coronation of King George V and Queen Mary. Source: Daily Mail
13 of 26
George V on the Delhi Durbar hunting tour in Nepal back in 1911. Source : The Explora
14 of 26
This 1926 image captures Elizabeth, the future queen, after her christening. Source: Daily Mail
15 of 26
Princess Elizabeth with her father in 1929. Source: Colossal
16 of 26
In 1934, Prince George, Duke of Kent married Princess Marina of Greece and Denmark. He died less than ten years later in the war. Source: Royal Weddings
17 of 26
The royal family in May 1935 at King George V’s Silver Jubilee. At the time, then-Princess Elizabeth II was just a small girl (seen right). Source: Daily Mail
18 of 26
Another shot of the royal family at the 1935 Silver Jubilee. Source: Daily Mail
19 of 26
King George VI looked quite dashing in 1937. Source: Metro
20 of 26
Princess Elizabeth works on a car during her military service in 1945. Source: National Army Museum
21 of 26
Princess Elizabeth and Prince Philip were married on November 20, 1947. Source: Vintage Everyday
22 of 26
The newlyweds wave to the crowds from the balcony of the Buckingham Palace in London. Source: Vintage Everyday
23 of 26
Following the death of her father, King George VI, Queen Elizabeth was crowned Queen on June 2, 1953. Source: Daily Mail
24 of 26
After becoming Queen, Elizabeth II regularly attended to official engagements in Scotland. Here she is inspecting troops in Glasgow in 1953. Source: BBC
25 of 26
A portrait of the British Royal Family in the 1950s. Source: Daily Mail
26 of 26 See the 1953 coronation of Queen Elizabeth II in this video clip, which has been restored to color: