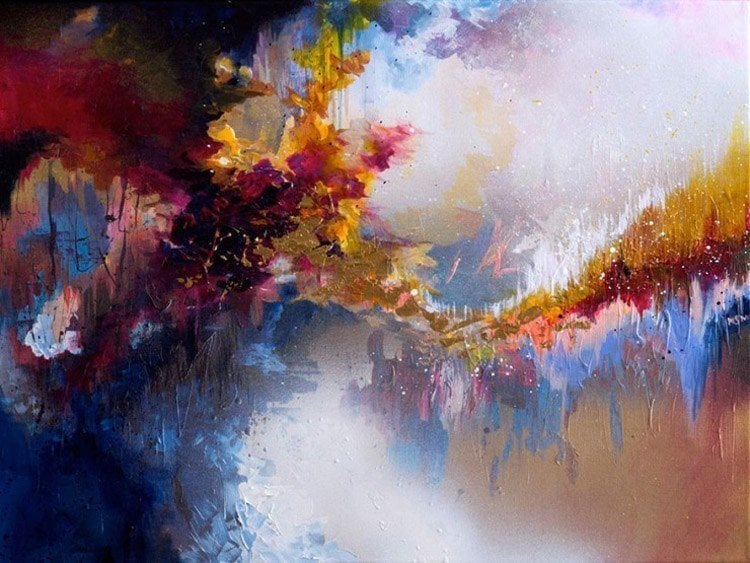 What would you do if the sounds you encountered every day were accompanied by an involuntary flurry of color? Or, say, a David Bowie song tasted like eggplant? For those with synesthesia, events like this can happen every minute of every day.

In most cases, the human senses operate independently from one another in separate cognitive pathways. But for roughly 2-4 percent of the population, these pathways intersect and link together two or more senses. For Missouri artist Melissa McCracken, this means that when she listens to a song, she sees color. McCracken’s series of “song portraits” brings her synesthete experiences to millions, and the results are beautiful. (Click on each song title to hear the track that inspired each painting.) 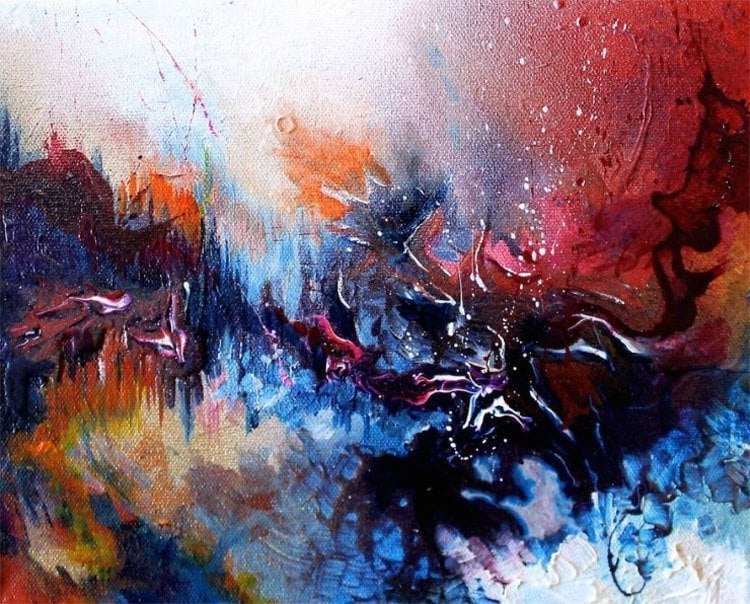 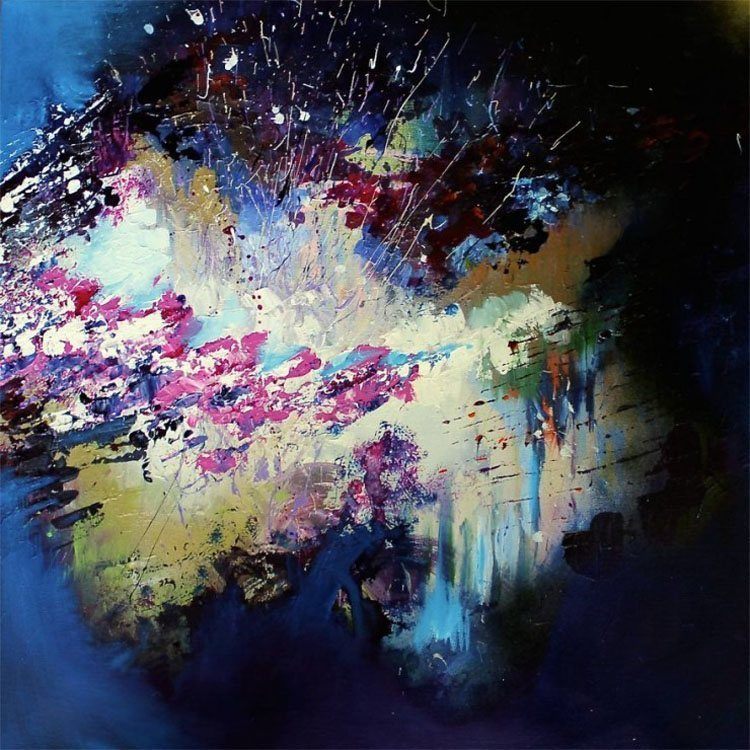 For McCracken, putting oil and acrylic paint to canvas is about capturing melodies and rhythms as only she can, as the possibilities of cognitive pathway overlaps mean that every person with synesthesia sees or feels different things. Some experience bodily sensations from sounds, with others even tasting words. There are at least 60 known forms of synesthesia, and its presence is approximately seven times more likely in creative types. 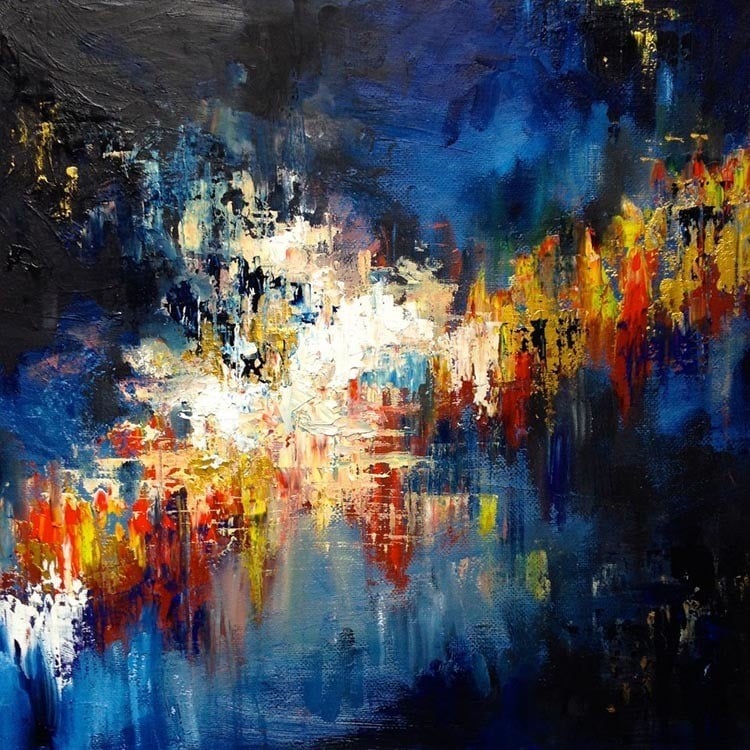 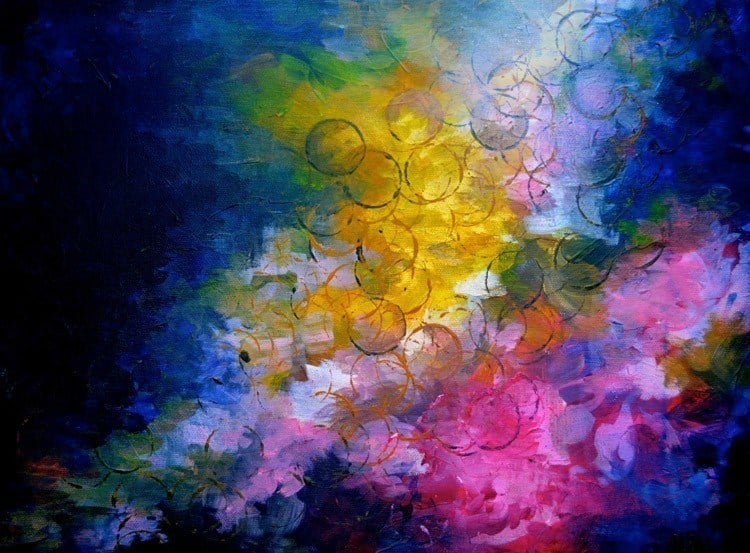 Each of McCracken’s paintings is based on a certain song, and incorporates the song’s notes, tempo, and chord progression through textures, hues and shapes. It is not imperative that one understands the condition’s neurological underpinnings to appreciate the work being done here, but those with a taste for abstract art will perhaps extract the most enjoyment from these pieces. 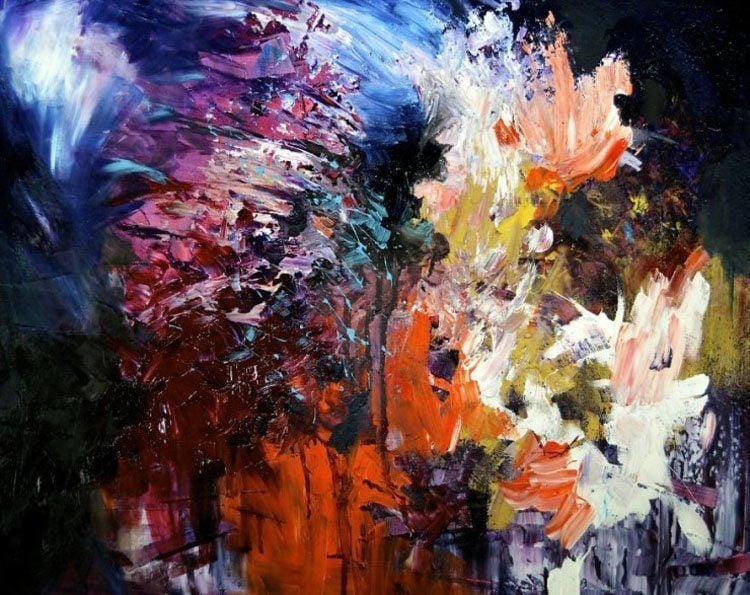 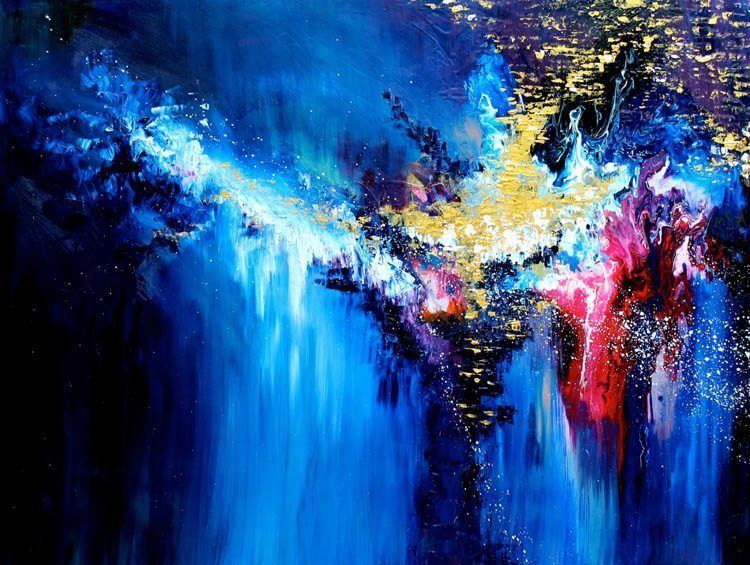 British neurologist Oliver Sacks writes about conditions like McCracken’s, describing them as “an immediate, physiological coupling of two sorts of sensation.” He touches on this subject and other music-related neurological oddities in his book, Musicophilia. For example, more women have synesthesia than men (at a ratio of 2 to 1) and all true synesthetes have it from their earliest memory. It’s likely to be genetic, and some studies indicate that the condition occurs more often in those with autism than those without. 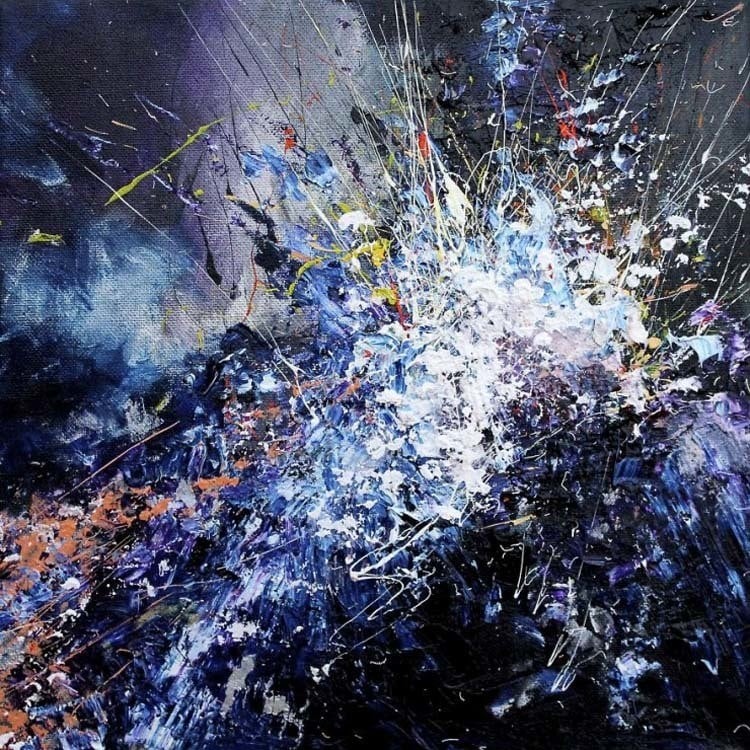 McCracken didn’t realize that her “sixth sense” was unusual until she was about fifteen years old. She says the most wonderful thing about her “brain malfunction” is that “it flows in a mixture of hues, textures, and movements, shifting as if it were a vital and intentional element of each song.” Her inspirations include gritty guitar solos, Stevie Wonder harmonies, and explosive choruses.

If someone possesses one form of synesthesia, they have a 50 percent chance of having another variety of it as well. In McCracken’s case, this means she also has what is commonly known as Grapheme-color synesthesia: seeing alphabet letters or numbers in a certain, fixed color. Additionally, McCracken experiences the days of the year as circling around her body, in a fixed point in space. 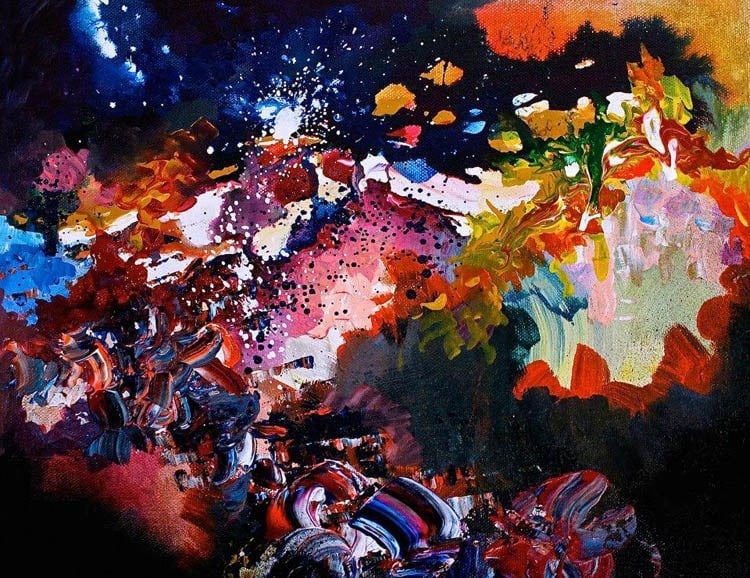 Several theories exist as to how this “sensory path-crossing” occurs within the brain, but causal relationships have yet to be established. Even with all the neural-imaging technology we have at our disposal, the spatial resolution is insufficient to confirm the “crossed wires” theory, and no synesthete has donated his or her brain to science. 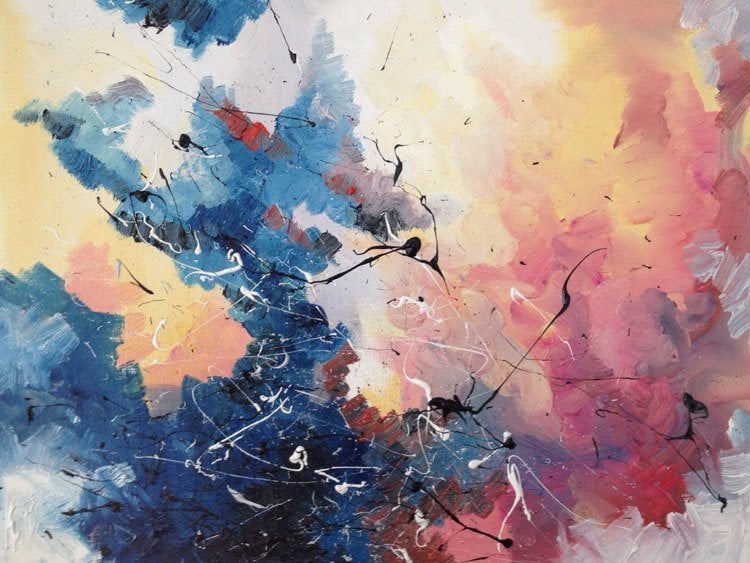 Some scientists theorize that we are all synesthetes at birth. This would imply that infants don’t possess five separate senses but one all-encompassing sense; when a baby hears their mother’s voice, they are also seeing it and smelling it. 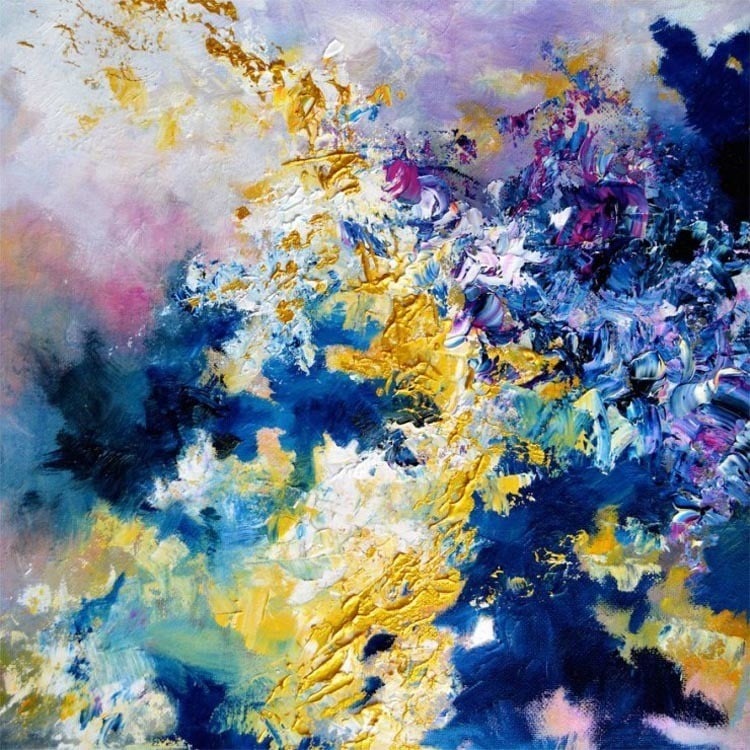 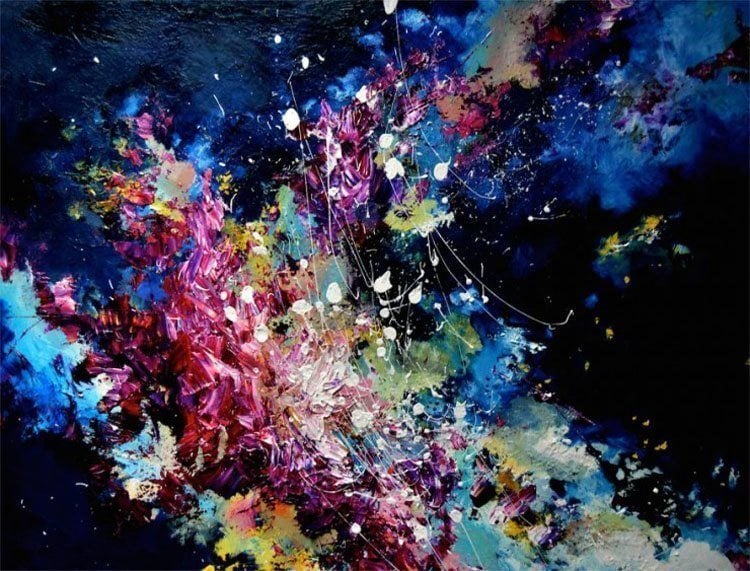 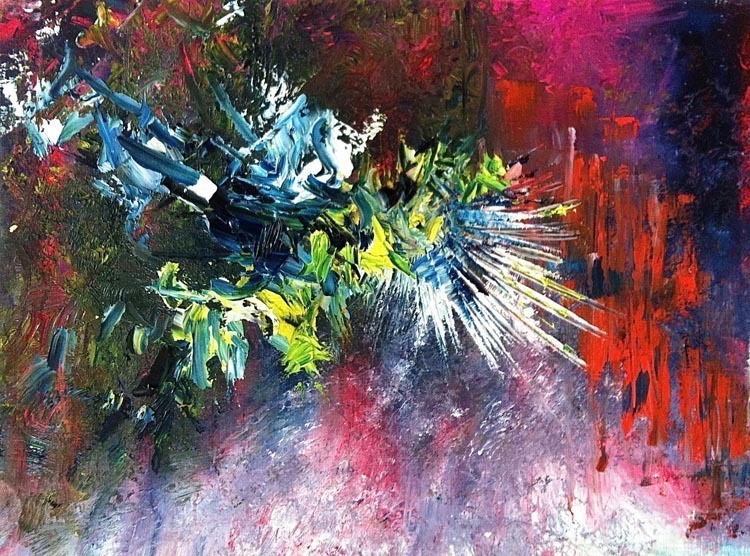 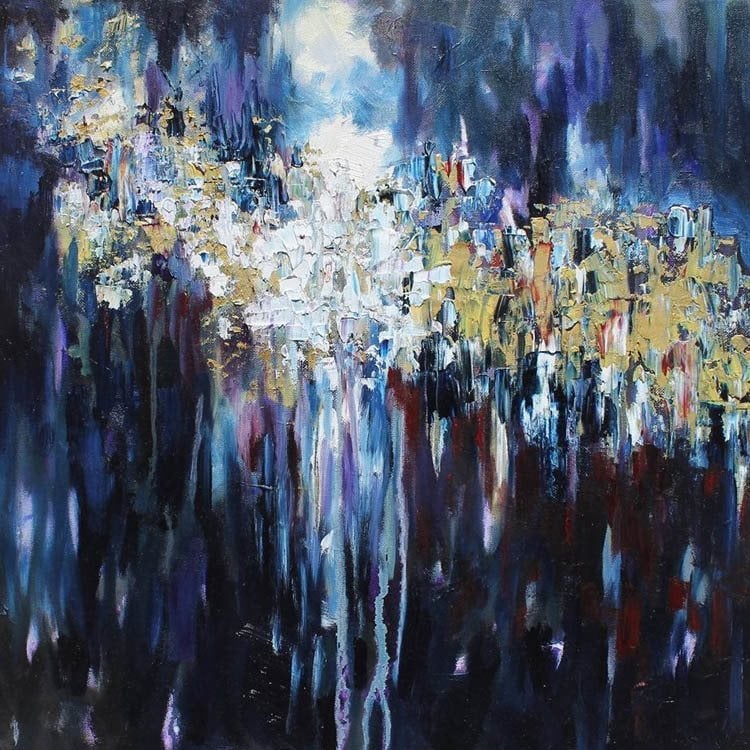 Prints and gallery wrapped canvases of McCracken’s work are available for purchase in her Etsy store, and more information on this talented artist can be found on her website and Facebook page. For more incredible painting, check out these surrealist artists!