As these breathtaking European natural wonders show, there's more to the Old Continent than just slanted buildings and outdoor cafes.

When Americans dream of a European vacation, they typically envision Parisian cafes and Roman ruins. But the truth is that Europe has a world of attractions beyond the artifacts of human culture.

Though 700 million members of our species populate the continent, Europe has vast open spaces, towering heights, and brilliant wide skies that will astound even the most snobbish urbanite. The 18 natural wonders below are among the most spectacular Europe has to offer. 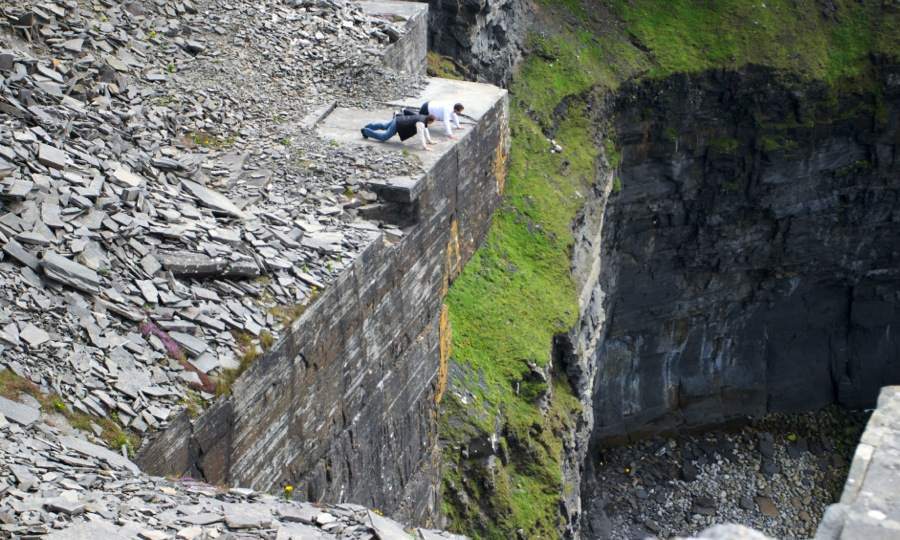 Inconceivable! The Cliffs of Moher may have been the inspiration for the Cliffs of Insanity in the Princess Bride. Source: Flickr

The western edge of Ireland falls into the Atlantic Ocean like a heavy curtain. These are the Cliffs of Moher. Named after an 18th century fortress that stood on the bluffs, the 300 million-year-old cliffs rise between 120 and 200 meters above the waters below.

One of many legends about the Cliffs of Moher tells of the golden city of Kilstiffen that sank below the waves after its leader lost the key to the city’s spectacular castle. 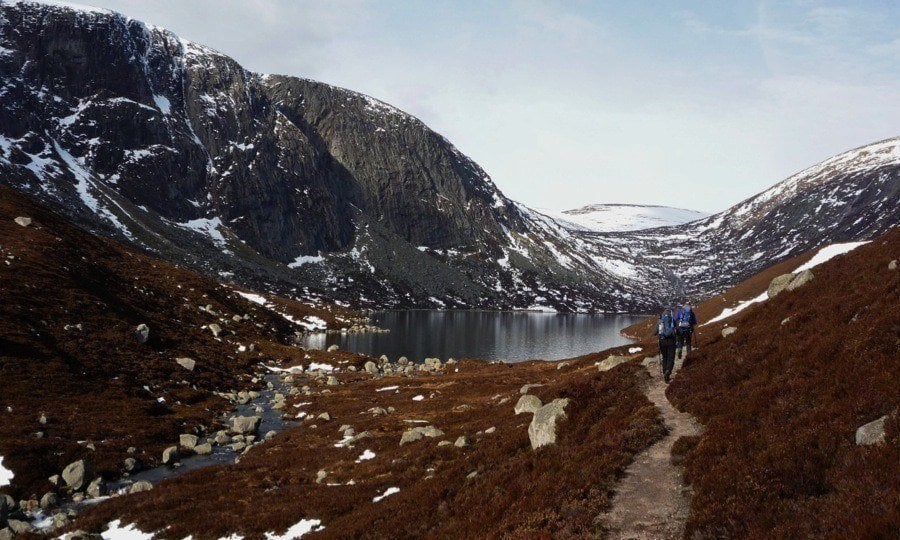 Want to stride across the Scottish highlands like the Celts and Picts of old? Head to Cairngorms National Park, Britain’s most expansive natural park and home to five out of the six tallest mountains in Scotland. The park contains a grand total of 52 mountain summits, one for every week of the year. 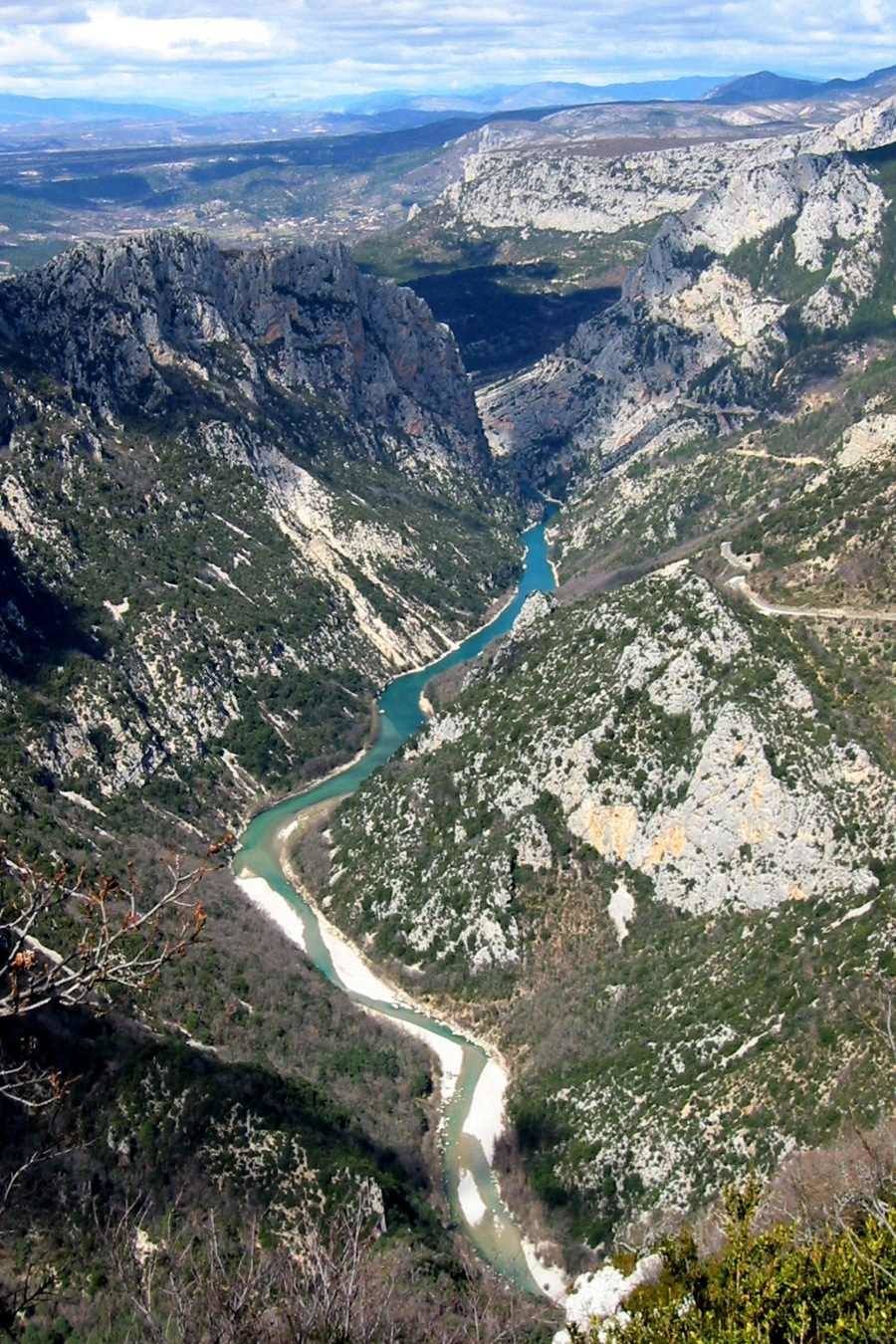 The turquoise waters of the Verdon Gorge wind through the region of Provence in southern France like a daydream lost on its way from Paris to the beaches of the Riviera.

The Grand Canyon of France, this 25 kilometer-long ravine runs between limestone walls that rise up 700 meters high in some places. Its gorgeous vistas make it a popular setting for hikers, rock climbers, and kayakers as well as the less sporty visitors who enjoy the views from scenic drives along the rim. 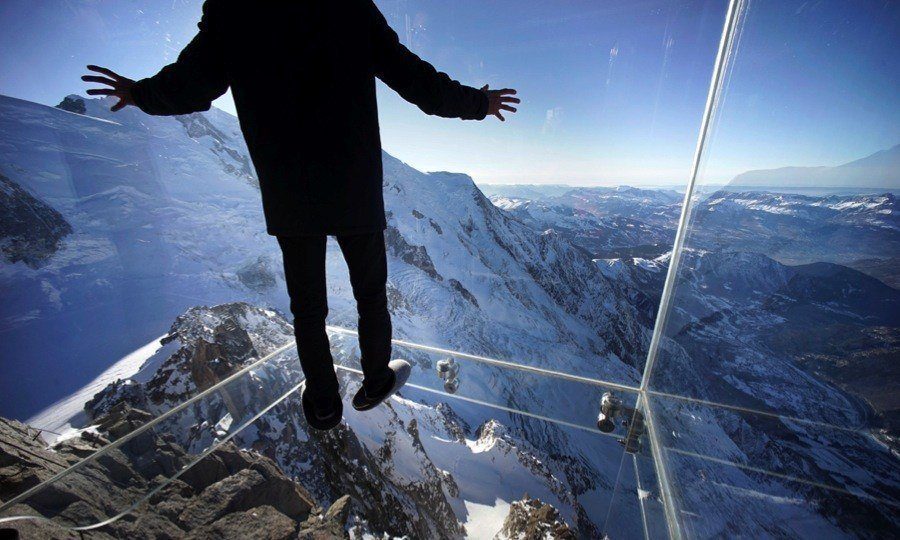 The glass viewpoint at Aiguille du Midi in Chamonix, France, is called “Step into the Void.”
Source: The Atlantic

North from the gorge and near the border with Switzerland and Italy, the villages of Chamonix-Mont-Blanc sit among the awesome summits of the French Alps. A cable car takes visitors to the rocky outcropping of the Aiguille du Midi that rises out of the glacial landscape like a defiant fist.

At the peak, travelers can stare straight down the bleak rock face that falls for a 1,000 meters before reuniting with the glacial landscape below. 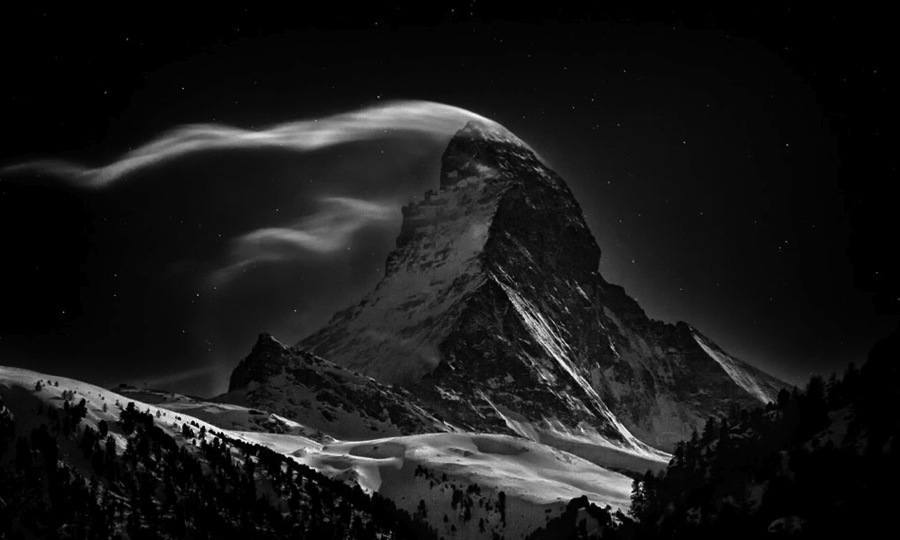 According to the local Swiss tourism office, Matterhorn is the “most photographed mountain in the world.”
Source: The Atlantic

Matterhorn juts into the sky like a 15,000 foot-tall pyramid. The “Mountain of Mountains,” as some call it, straddles the Swiss-Italian border, though its highest summit stands in Switzerland. It is one of the highest mountains in the Alps and among the deadliest mountains in the world. Around 500 climbers have perished trying to conquer it. 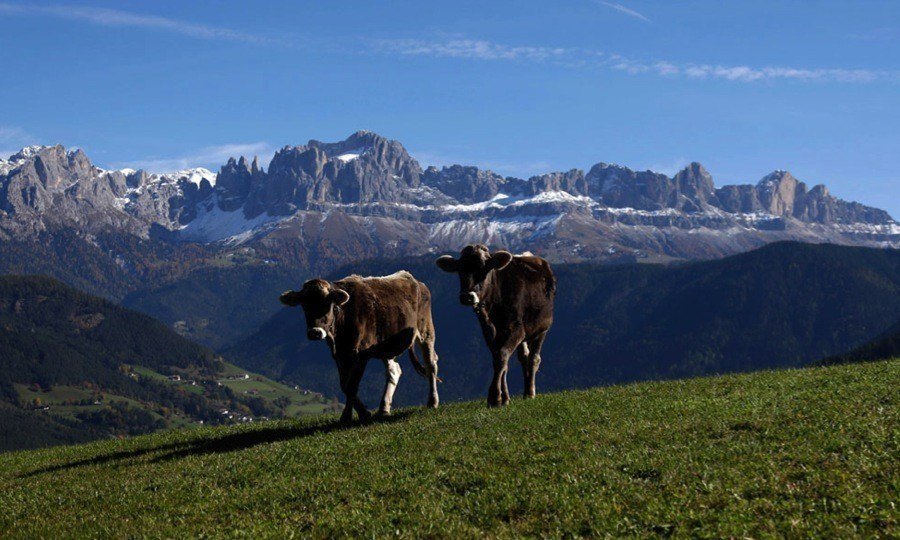 The Dolomites have some of the most beautiful scenery in Italy.
Source: The Atlantic

The Dolomite mountain range crests the north of Italy like a crown of stone. Eighteen of its peaks rise above 3,000 meters. The landscape is both quaint and awe-inspiring, and this juxtaposition is what gives the Dolomites their powerful charm.