The United Nations is known for many things—namely for its aid and humanitarian efforts—but less so for the work it does in preserving cultural heritage. UNESCO, which stands for the United Nations Educational, Scientific and Cultural Organization, does just that.

UNESCO has several responsibilities under its belt, but it has become most famous for its task of designating World Heritage Sites. These are places (both natural and manmade) that have been deemed to be culturally significant as part of our human heritage. It contains the Great Pyramid of Giza, the Taj Mahal and dozens of other obvious monuments and places we are all familiar with. However, there are over 1,000 heritage sites across the world and some of them are sure to surprise you. 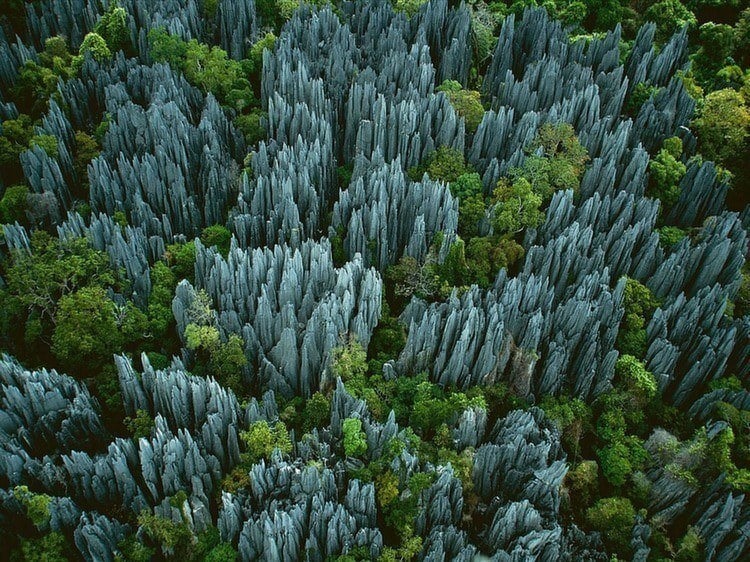 This one is found in Madagascar's Melaky region. It is known for its exotic animals like lemurs and wild birds, but also for the incredibly sharp, needle-shaped limestone formations known as tsingy, which make traversing this terrain incredibly difficult. Source: Most Beautiful Places In The World 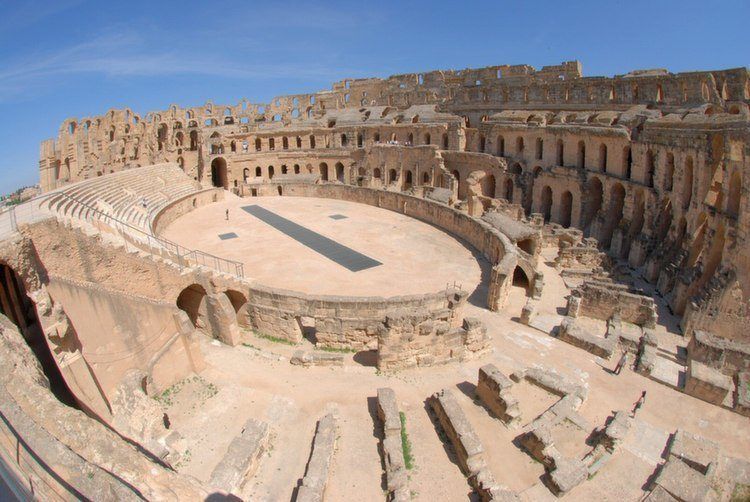 Found in Tunisia, this amphitheatre dates all the way back to the 3rd century. With a capacity of 35,000 people, it is the largest such amphitheatre in North Africa and is very reminiscent of the Roman Colosseum. Source: Tunisia Panoramas 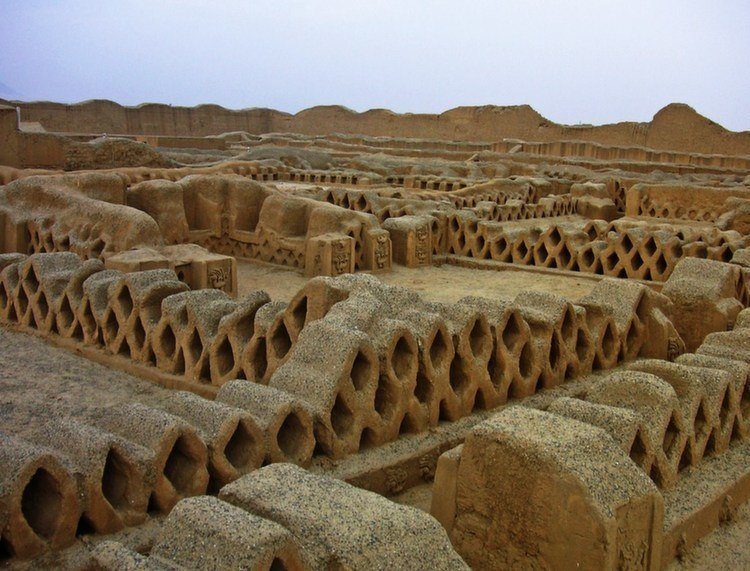 Located in the Peruvian region of La Libertad, this is an ancient, pre-Columbian city that was once home to the Chimu people. The city was built sometime around 850 AD and lasted for over 600 years until the Chimu were conquered by the Incas in 1470 AD. Source: Paradise In The World 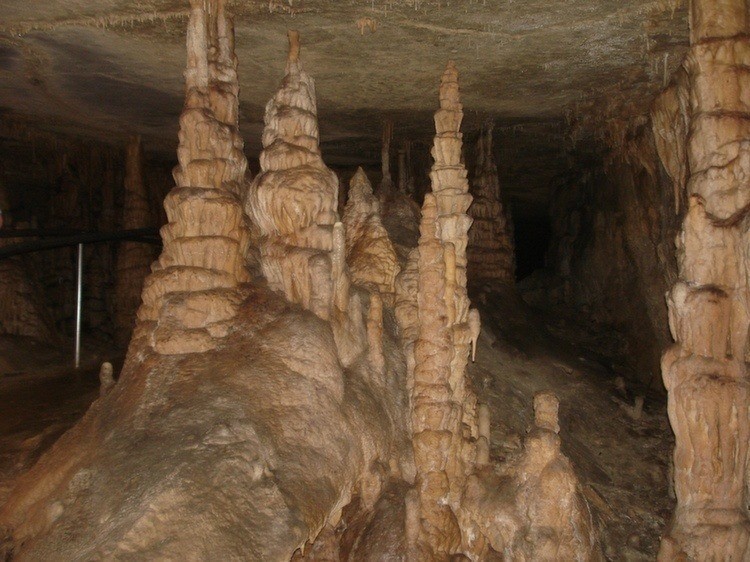 Located in Kentucky, this national park contains the longest cave system in the world, the appropriately-named Mammoth Cave. The size of the park (almost 53,000 acres) is so huge that it actually extends over three counties. Source: Wikimedia Commons 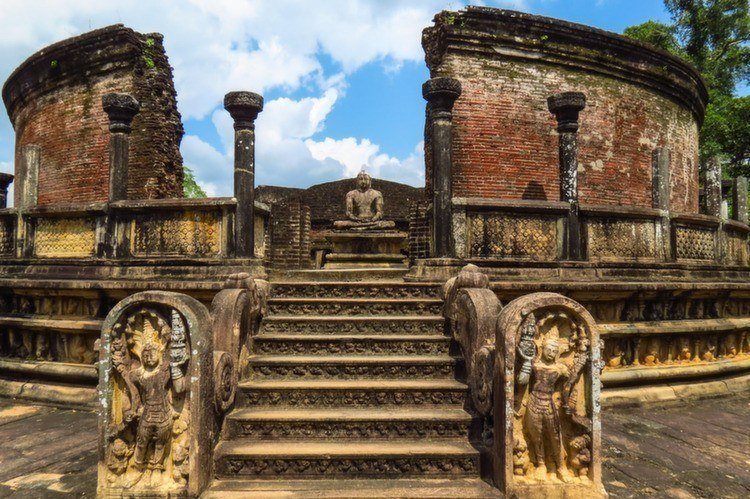 This ancient Sri Lankan city is over 1,000 years old and was once one of the main cities of the Polonnaru kingdom. Nowadays it has transformed into a popular tourist attraction, as many of its constructions are still in great shape and a new Polonnaruwa town was built next to the old one. Source: Flash Pack At Forty 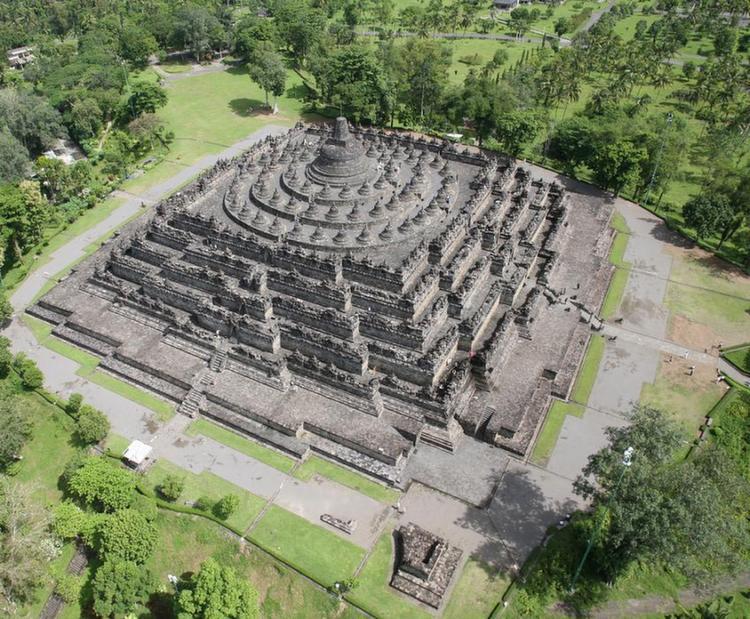 This ancient Buddhist temple found in central Java, Indonesia was built sometime during the 8th or 9th century. Although the Borobudur temple proper is the biggest and best known, it is actually part of a compound that includes two smaller temples, Mendut and Pawon. Source: Towns Of USA 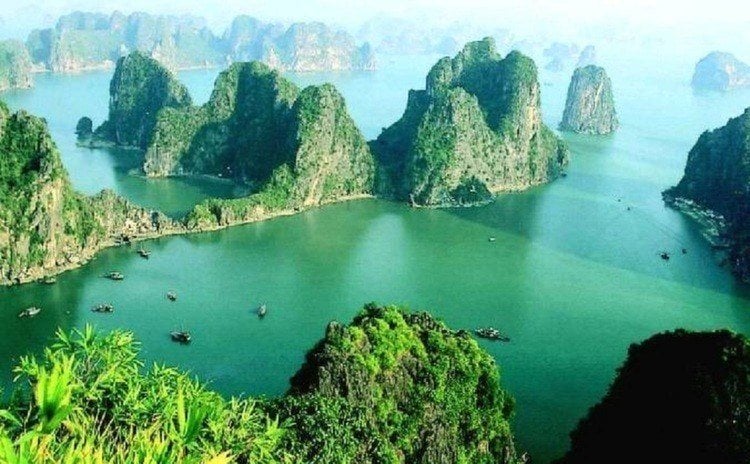 Located in Vietnam in the Golf of Tonkin, this bay includes over 1,600 small islands and islets, some of them nothing more than giant limestone pillars. Because of this, many of these islands are uninhabited which gives the bay a pristine, “pure” feel that would drive many of the 19th century’s romantic poets wild. Source: Best Posts 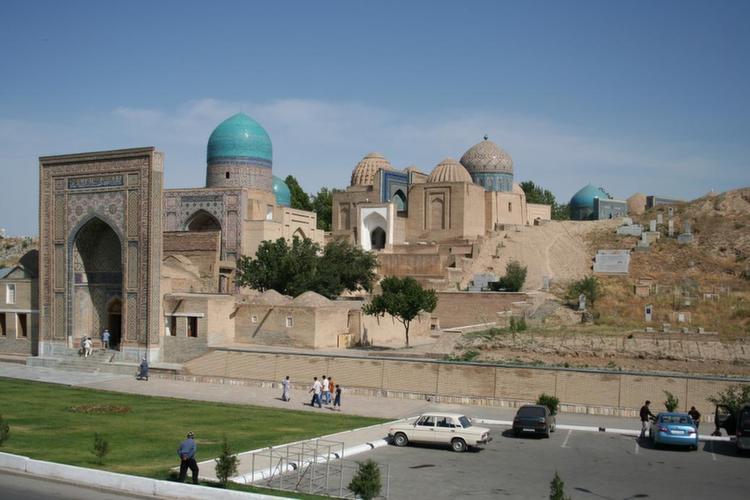 Located in Uzbekistan, Samarkand is one of the oldest still-inhabited cities in the world. It was settled sometime around the 5th century BC and even now remains the third-largest city in the country. Samarkand gained prominence when China started trading with the West due to its position on the Silk Road, and eventually became known as the Crossroads of Culture. Source: Wikimedia Commons 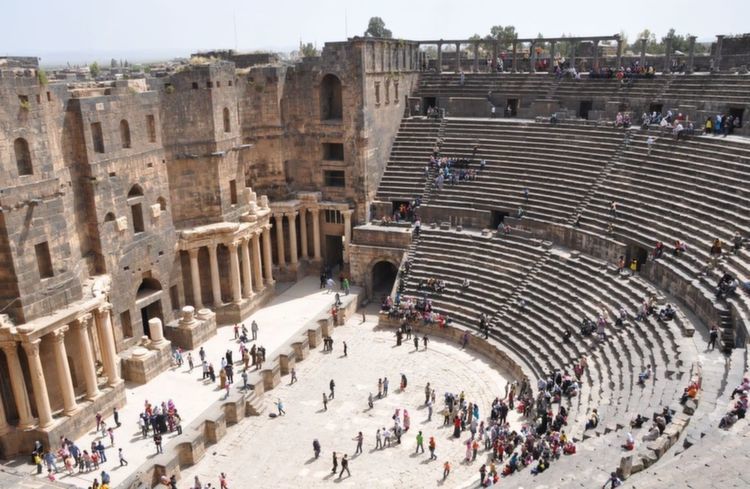 Another ancient city, Bosra is located in Syria. During Roman times, Bosra was the capital of the province of Arabia and, given its proximity to the route toward Mecca, became a very sophisticated city. It has numerous Christian and Muslim artifacts, as well as Roman constructions such as an ancient amphitheatre. Source: 4Gress 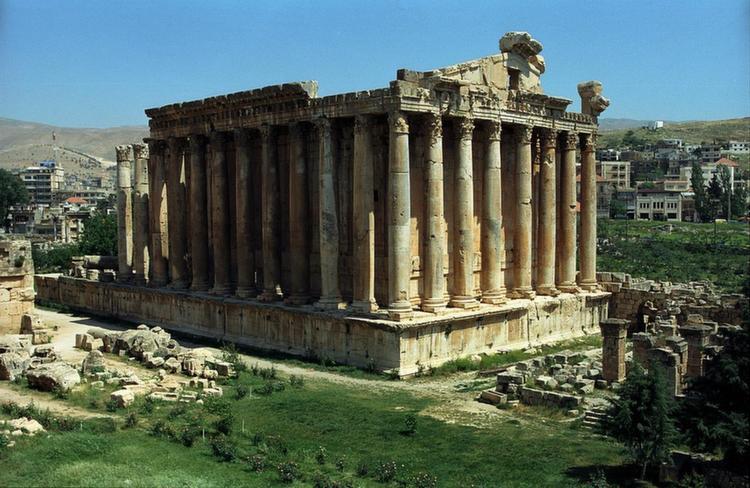 An ancient city in Lebanon, Baalbek is primarily known for its ancient temple. During Roman times, the city was known as Heliopolis and was a religious sanctuary with three temples dedicated to Jupiter, Venus and Bacchus. Source: Wikipedia 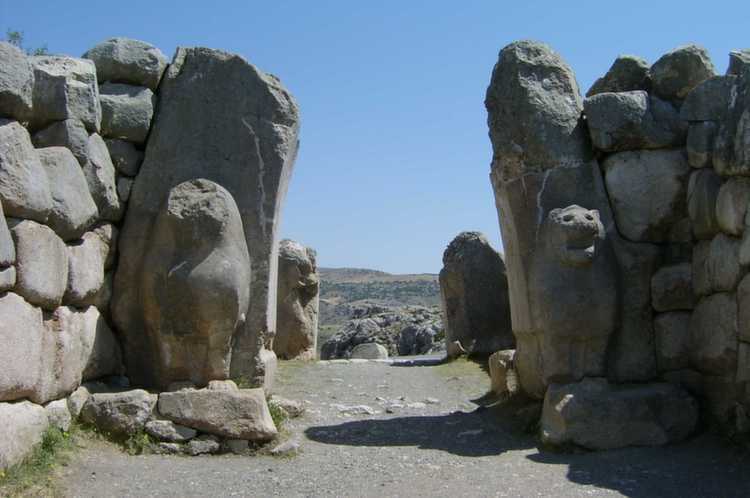 Found in Turkey near modern day Bogazkale, these are the ruins of the ancient city of Hattusa. It was once the capital of one of the greatest empires of the Bronze Age, the Hittites. Source: Gepeskonyv 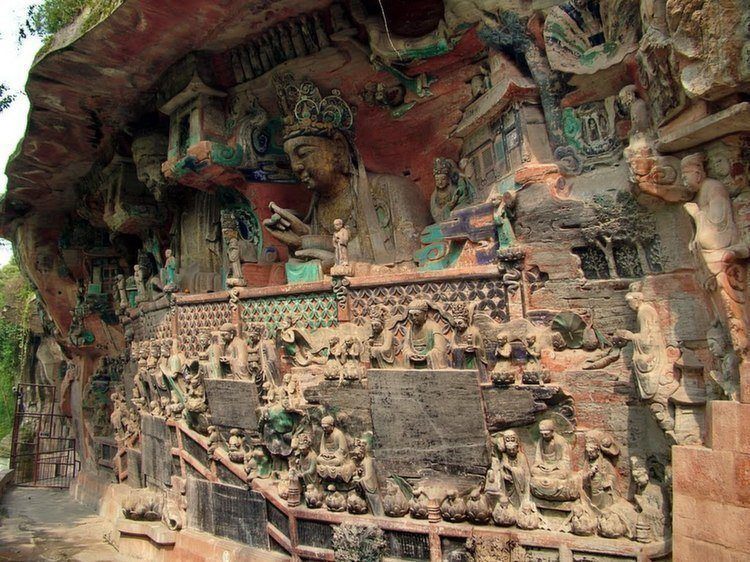 Found in China in 75 different sites, the Dazu Rock Carvings contain over 50,000 statues dating as far back as 700 AD. Many of them are in great condition and depict a multitude of religious beliefs, ranging from Buddhism to Taoism. Source: Panoramio 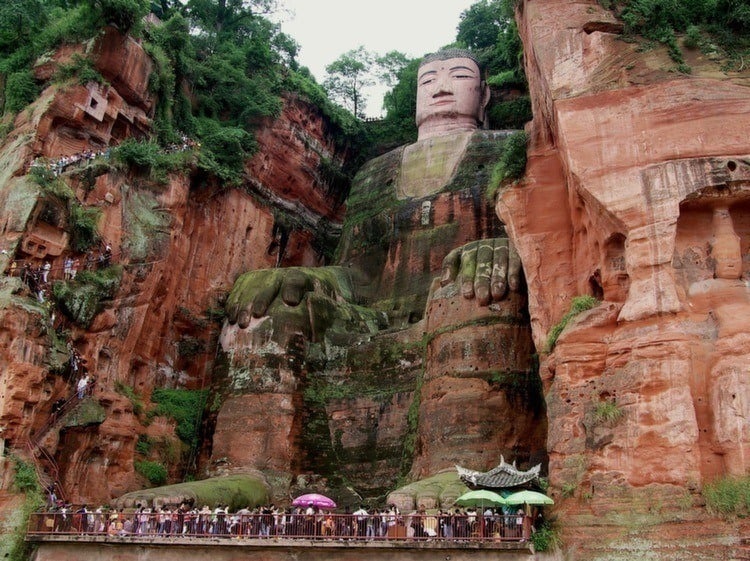 Also located in China, Mount Emei is found in the Sichuan province. By far, its most prominent feature is the Leshan Giant Buddha, a 233-foot tall statue carved into a cliff face, which makes it the tallest ancient statue in the world. Source: Flyerizer 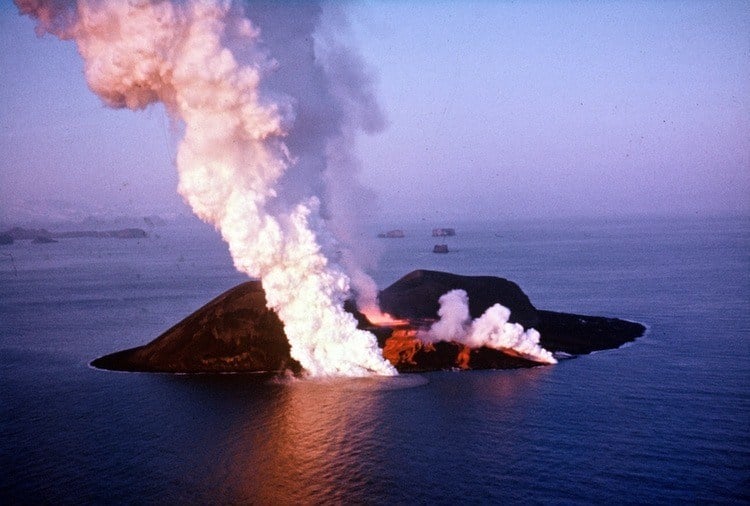 Located off the coast of Iceland, Surtsey is the newest site on this list by far. The small island is only 50 years old, and “came to be” following a volcanic eruption. The eruption started 436 feet below sea level but went on for years until forming the above-sea level island seen above. Source: Volcano Cafe 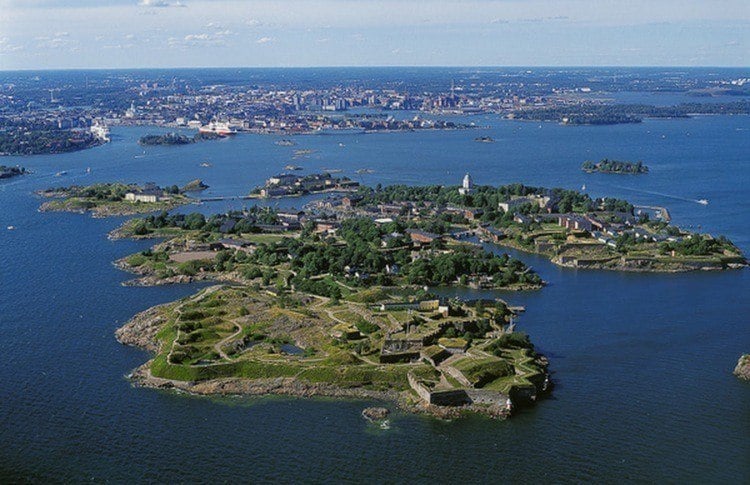 Now part of the Finnish capital of Helsinki, Suomenlinna is a sea fortress built over six different islands. It was built about 250 years ago to protect against the expansion of Russia. Source: Blogspot 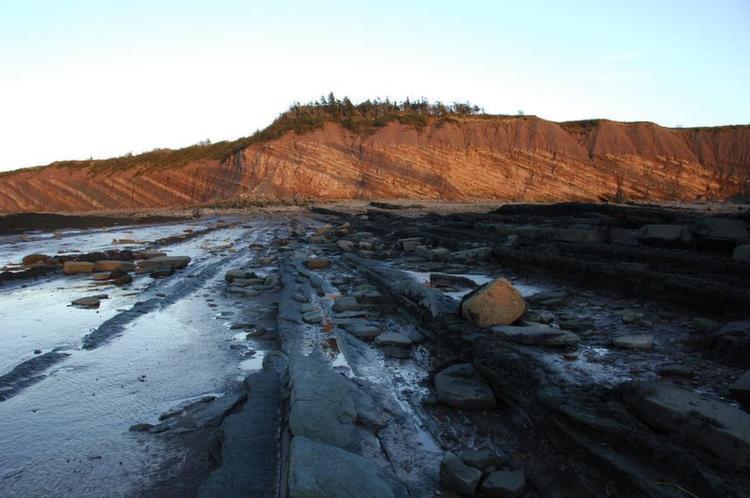 Joggins is a small community in Canada known for its ancient fossil cliffs. These fossils date to over 300 million years ago, and reveal the world’s most complete fossil record of life in the “Coal Age”. Source: Joggins Fossil Cliffs 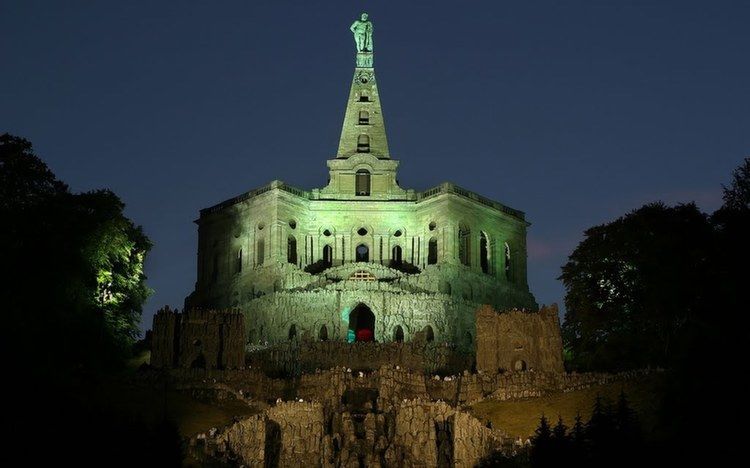 Located in Germnay, Bergpark Wilhelmshöhe is the largest hillside park in Europe. Its centerpiece is a giant temple with a pyramid on top of it, featuring a statue of Hercules on top of the pyramid. Fittingly enough, the park has been described as "possibly the most grandiose combination of landscape and architecture that the Baroque dared anywhere". Source: Panoramio 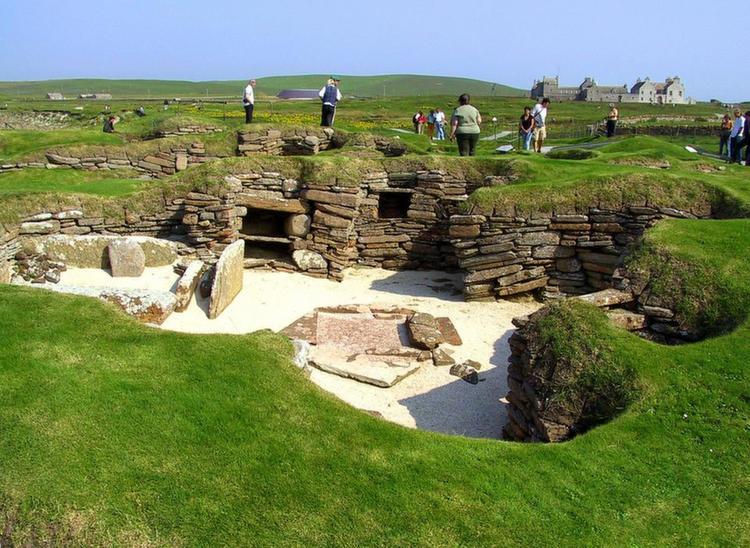 Found in Scotland, this refers to a group of Neolithic monuments that constitute Europe’s most complete Neolithic village. It includes Skara Brae, a well-preserved stone settlement built over 5,000 years ago. Source: People's Church 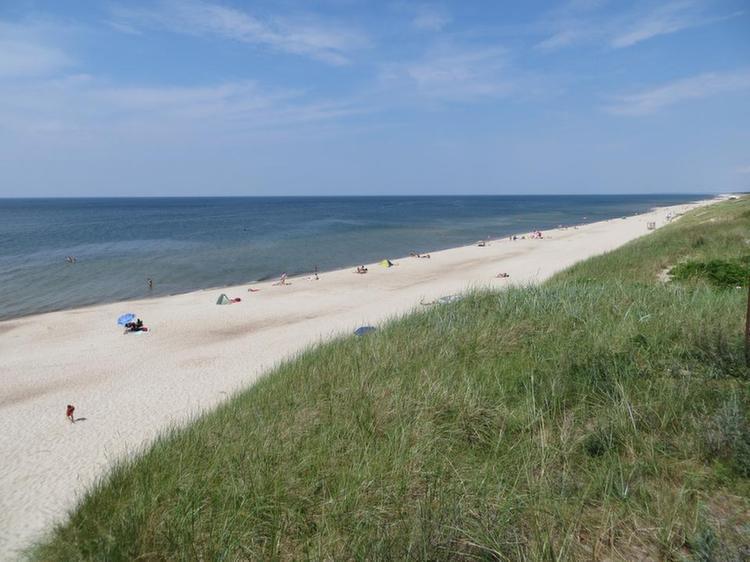 Located in Russia and Lithuania, the Curonian Spit is a thin, 60-mile long sand spit that separates the Baltic Sea and the Curonian Lagoon. It was formed 5,000 years ago and has been inhabited by humans since prehistoric times. Source: Wikipedia 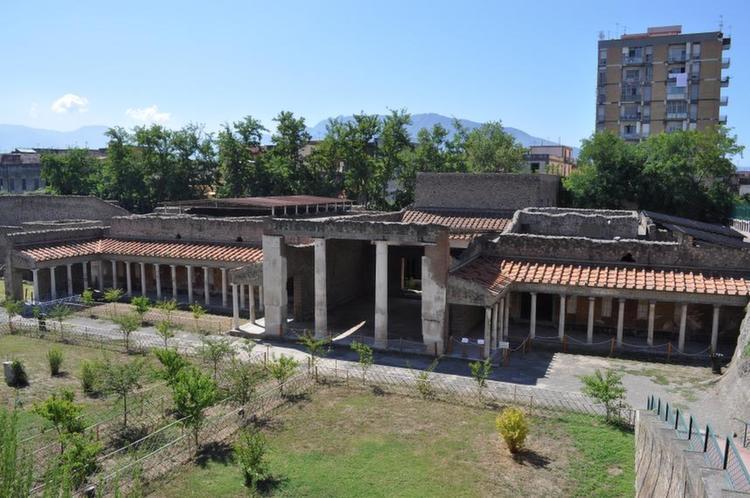 When Mount Vesuvius erupted, Pompeii wasn’t the only city to be destroyed. Oplontis was also among the casualties and its ruins are now located in the middle of the modern town of Torre Annunziata. Source: Wordpress

For the most beautiful UNESCO World Heritage Sites, be sure to check out the video below: