Why Cavemen’s Teeth Were Healthier Than Ours

Turns out cavemen cared about dental hygiene — and may have something to teach us about the ways we care for our teeth. 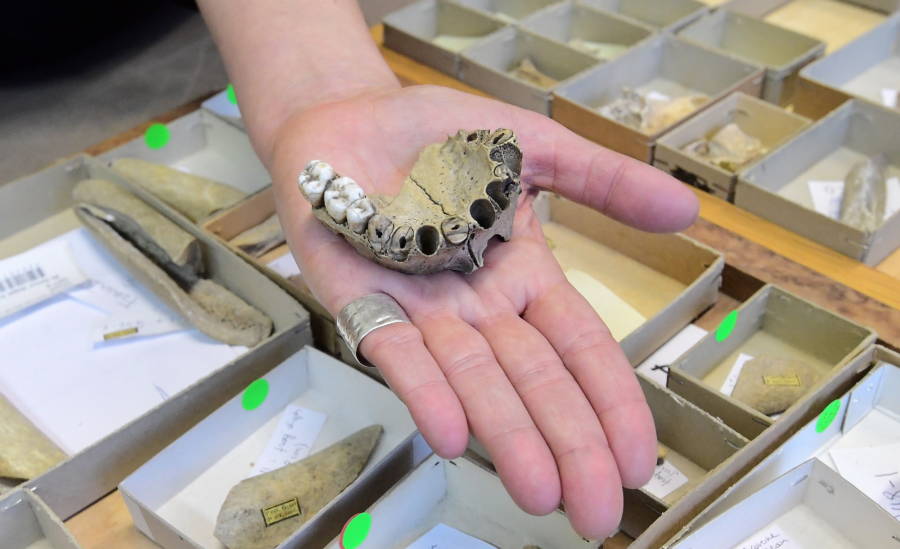 The Chinese are said to have invented the earliest-known modern toothbrush sometime during the 15th century. Just looking at it, it’s likely not something you’d want to put in your mouth.

At the time, the device featured bristles from a pig’s neck fitted to a bone or bamboo handle. While “modern” in the sense that it vaguely resembles what we use today, it turns out that a far more effective brush may have actually existed thousands of years earlier. 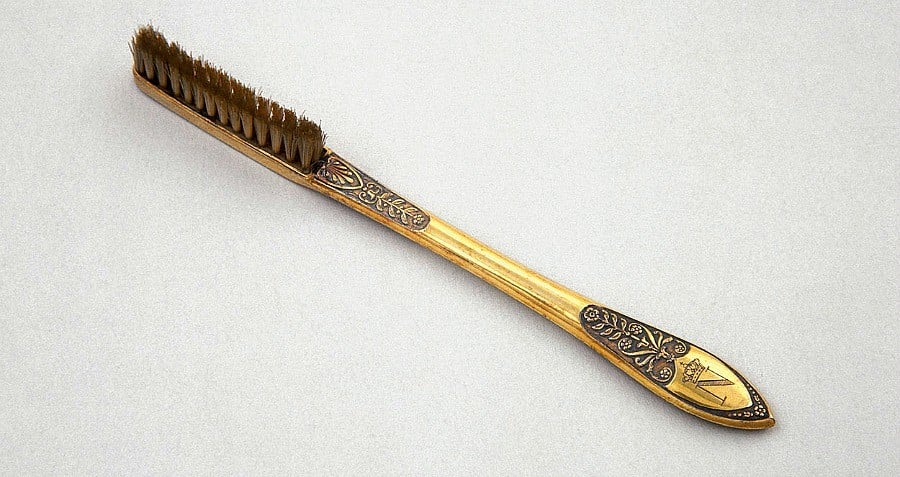 Researchers discovered what were, at the time, believed to be history’s first-ever toothbrushes in the tombs of their Egyptian owners, dating back to the year 3500 B.C. Featuring a simple design, these toothbrushes more closely resembled glorified toothpicks, a piece of stick with frayed ends intended to remove pieces of food from between the teeth.

However, in a find dating back even further, researchers have since learned that cavemen used sticks wrapped in wood fibers to clean their teeth and gums. And it looks like their dental health may have surpassed ours — despite the lack of toothpaste, floss, and routine checkups.

A recent study published in The Science of Nature and conducted by archaeologist Karen Hardy and colleagues, examines one of the oldest known hominin fragments unearthed at Sima del Elefante, Atapuerca, Spain.

By chiseling and breaking down calcified plaque from these preserved teeth, Hardy and company proceeded to conduct what was, essentially, a million-year-old dental exam. And they found some pretty significant indications that dental health did matter to these early humans. 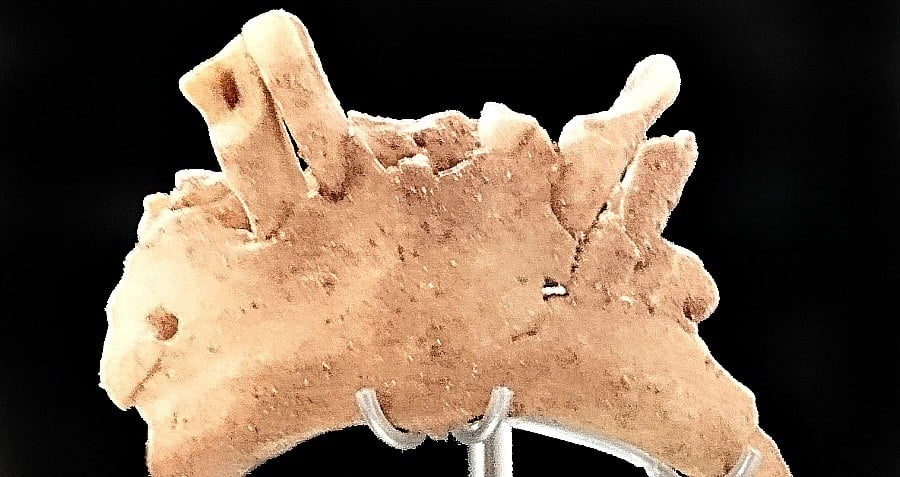 Wikimedia CommonsAn early human mandible unearthed at the Sima del Elefante site in Spain, where some of the earliest evidence of human in Western Europe has ever been recovered.

While the tools that these early humans used to clean their teeth remain a fascinating aspect of the study, Hardy had another goal in mind when conducting this research: to learn what our earliest ancestors ate all those years ago.

What Hardy found? Fantastic dental health, which she attributes to the raw diet consumed by her subject. Hardy and her peers found grass, seeds, and uncooked meat in the plaque sample, as well as spores, pollen, and tiny fragments of insects, which she believes early humans frequently inhaled as a result of forest living.

Her team also found small wood fibers in the sample — fibers which researchers believe believe fell from the subjects’ early toothbrushes, which they used to clean both their teeth and gums.

Because the use of fire to cook food wouldn’t be utilized for years, Hardy speculates that the fibrous consistency of the foods eaten during this time would often become stuck in between teeth, prompting a tooth picking, much as it would today.

“We all get stuff stuck between our teeth,” she said in an interview with The Washington Post. “I haven’t done the experiment of eating raw meat, but if you think about all the fibers and the tendons in meat, it would probably be worse with a raw diet.”

Although Hardy insists that these findings come only from a very small set of collected data, many ancient tooth fossils show tiny holes formed into the sides, suggesting that many groups of early peoples used sticks to clean their mouths for years. 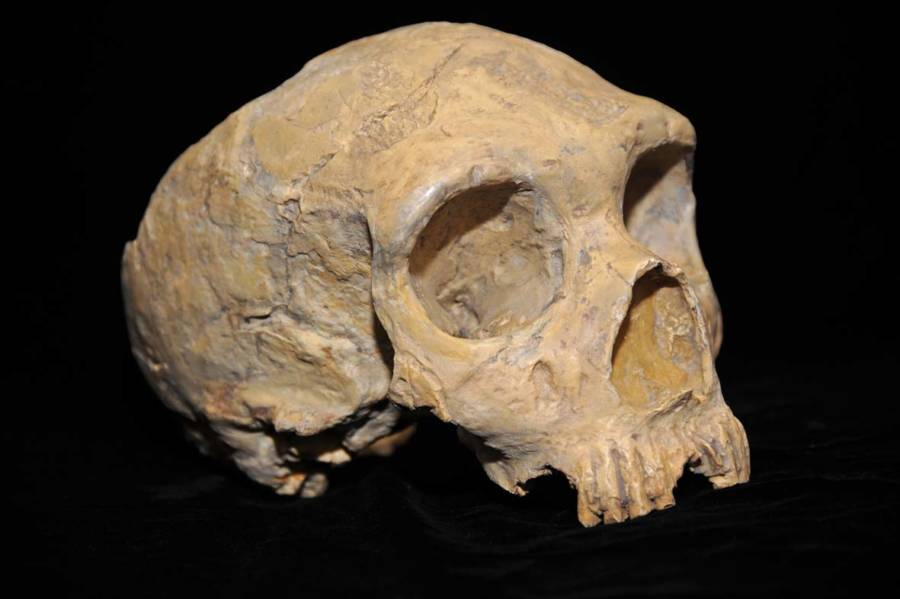 In fact, Hardy’s research so far seems to bolster the claim that dental health has just as much — if not more — to do with diet as it does with cleaning devices.

For instance, it was only when humans began to abandon their hunter-gatherer lifestyles for a more agriculturally-based, sedentary existence that they began to consume carbohydrates such as grains, which break down into sugar.

If kept in the mouth for significant periods of time, sugar allows tooth-decaying bacteria to thrive, and often leads to the formation of cavities. Add more processed foods and sugar and, dental floss or not, in many ways our mouths have a lot more mess to deal with than our predecessors’.

“Hunter-gatherers had really good teeth,” Alan Cooper, director of the Australian Centre for Ancient DNA, told NPR. “[But] as soon as you get to farming populations, you see this massive change. Huge amounts of gum disease. And cavities start cropping up.”

According to Cooper, this ultimately comes from opportunistic bacteria. Over time, Cooper says that disease-causing bacteria were better disposed at using carbohydrates to “beat out” the natural, innocuous bacteria in our mouths, leading to a surplus of low-diversity bacteria in our mouths, which make us more susceptible to certain forms of disease.

“We brush our teeth and we floss, and we think that we’ve got good oral hygiene. But [we’re] completely failing to deal with the underlying problem,” he says. “Ten years from now, I think we’re going to find that the whole microbiome is a key part of what you get monitored for and treated for.”

How to solve it? Maybe take a cue from our ancestors and spend more on whole foods — and a little less on Colgate.

See what else mummies and fossil have taught scientists with this story on what a mummified child reveals about smallpox. Then, see what Coca-Cola can do to a bumper, and just imagine what it can do to your teeth.