"The new archaeological evidence... enhances our perception of power, politics, economy and culture at a time when the foundations for the kingdoms of Scotland, England and Wales were being laid." 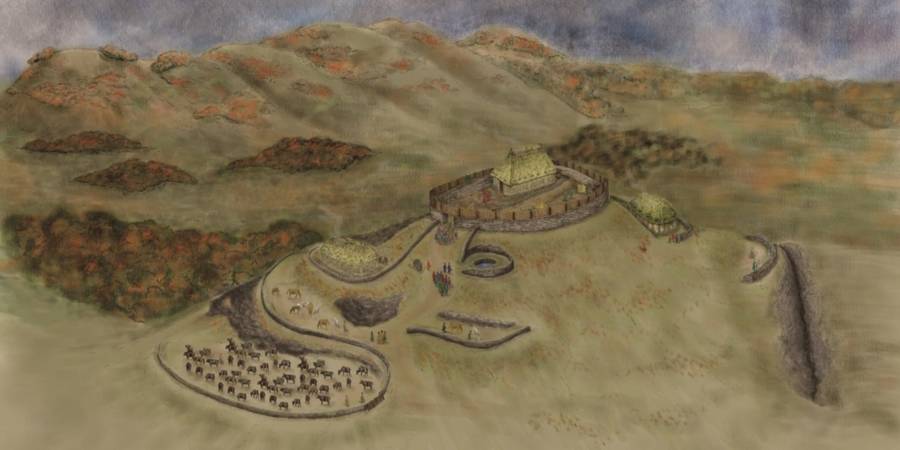 Researchers have finally shed some new light on a lost kingdom of the Dark Ages.

Archaeologists have discovered evidence that the royal seat of the sixth-century kingdom of Rheged may have been in Galloway, Southern Scotland rather than Cumbria, Northwest England.

Ronan Toolis, who led the excavation works at Trusty’s Hill Fort at Gatehouse of Fleet, told the BBC that the lost kingdom was “pre-eminent among the kingdoms of the north” at its peak.

Many historians believed the Rheged kingdom placed its royal seat in Cumbria, but Christopher Bowles, co-director of the excavation work in Dumfries and Galloway, does not believe this was the case.

“The new archaeological evidence from Trusty’s Hill enhances our perception of power, politics, economy, and culture at a time when the foundations for the kingdoms of Scotland, England and Wales were being laid,” Bowles said. “The 2012 excavations show that Trusty’s Hill was likely the royal seat of Rheged, a kingdom that had Galloway as its heartland.”

The excavation found evidence that Galloway was a royal stronghold, one whose kingdom Bowles said “rippled through the history and literature of Scotland and beyond.”

“This was a place of religious, cultural and political innovation whose contribution to culture in Scotland has perhaps not been given due recognition,” he added.

Toolis, who is producing a book with Bowles reporting their findings, said that unique Pictish symbols carved on Trusty’s Hill bedrock drew them there. The carvings are typically found much farther north.

“The Galloway Picts Project was launched in 2012 to recover evidence for the archaeological context of these carving,” Toolis said. “But far from validating the existence of Galloway Picts, the archaeological context revealed by our excavation instead indicates the carvings relate to a royal stronghold and place of inauguration for the local Britons of Galloway around AD 600.”

More of the researchers’ findings are now available in their new book, The Lost Dark Age Kingdom of Rheged.

Next, have a look at five fascinating lost civilizations from around the world.