Charles Lightoller Survived The Titanic – Then Helped Others Survive Dunkirk

Charles Lightoller never expected to survive the sinking of the Titanic, let alone World War I and World War II. 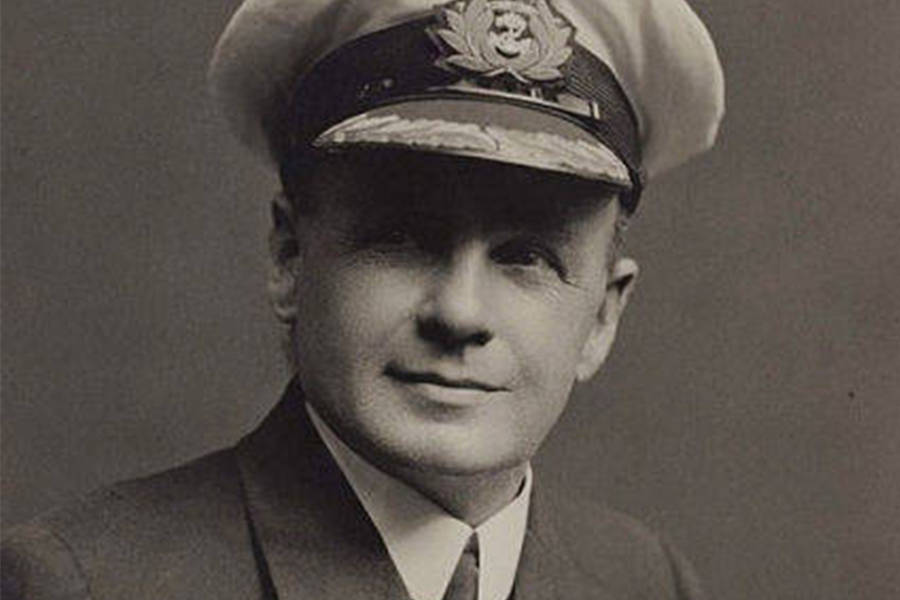 Wikimedia CommonsCharles Lightoller not only survived the Titanic, but went on to perform heroic actions in both World Wars.

Charles Lightoller was born in Chorley, Lancashire in 1874 and first went to sea when he was only 13 years old. When he was 15, he experienced his first shipwreck after the Holt Hill on which he was serving ran aground in 1889. Lightoller went on to have a series of adventures on the high seas during his youth, surviving cyclones, fires on board, and tropical diseases before he joined the White Star Line in 1900.

The White Star Line ran its fleet of ships between Britain, Australia, and America. Lightoller would meet his wife on one of his trips from Australia, but it was on a trip to America that he would seal his place in history. 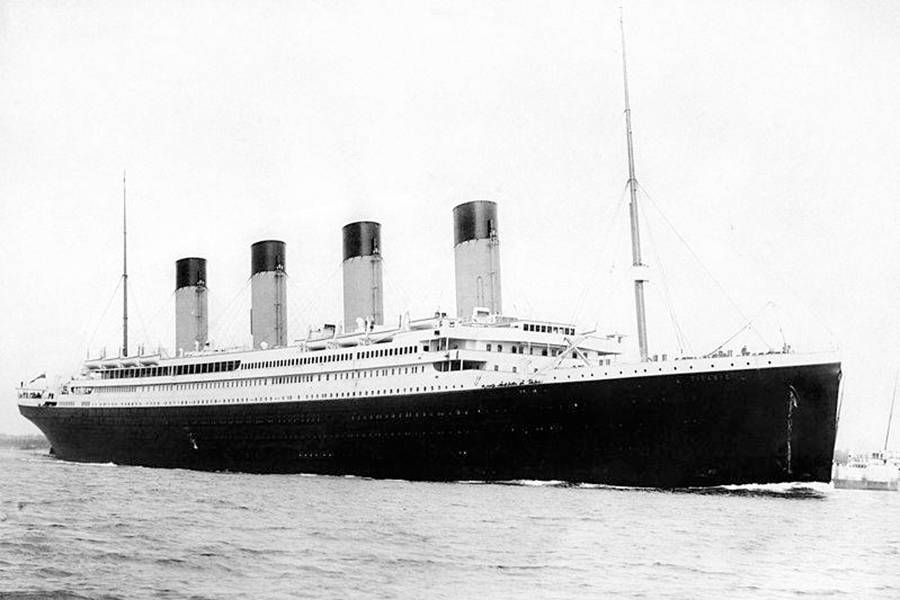 In 1912, the White Star Line’s supposedly unsinkable ocean liner the RMS Titanic set sail from Southampton with Charles Lightoller on board as the second officer. Lightoller was already in bed after having completed his last rounds on the night of April 14th when he felt “a sudden vibrating jar run through the ship.” Shortly after midnight, another officer informed him “we’ve hit an iceberg” and upon hearing that the water had already reached the mail room, Lightoller dressed and made his way to the deck.

The ship was infamously ill-prepared for such a disaster.

Lightoller himself even admitted that he was “fairly confident” the Titanic would not sink, however, he realized that it was better to be cautious rather than risk the life of the passengers now huddled on deck. He sprang into action, ordering women and children into the lifeboats and ensuring order was kept by his men to prevent a mass panic.

He cheerily attempted to reassure passengers that getting in the boats was merely “a matter of precaution” and that “they were perfectly safe, as there was a ship not more than a few miles away.” Reading his account of the traumatic evening, it seems as though he was most bothered by the band’s choice of music as they played on deck attempting to restore calm, noting “I don’t like jazz music as a rule, but I think it helped us all.”

Charles Lightoller interpreted the order of “women and children first” as “women and children only,” refusing to even let John Jacob Astor accompany his wife onto a lifeboat, telling the millionaire “no men are allowed in these boats until the women are loaded first.” 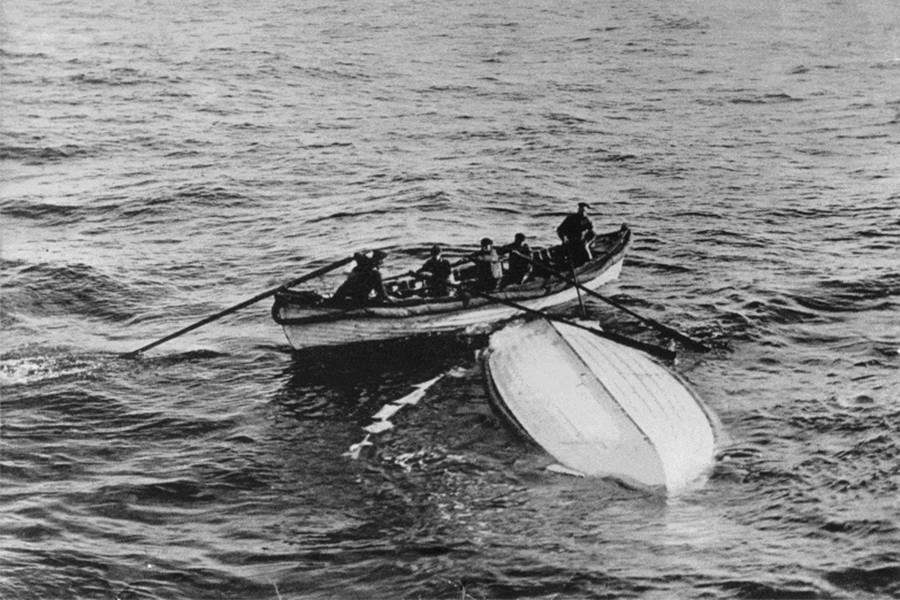 Wikimedia CommonsA lifeboat like the one Charles Lightoller was found clinging to.

When it finally became clear that the Titanic was doomed, Lightoller and his fellow officers “all shook hands and said ‘Good-bye'” before seeing off the last lifeboat.

Lightoller dove into the frigid water from the bridge, miraculously managing to avoid being sucked down along with the massive ship. He clung to an overturned lifeboat until the survivors were rescued. Lightoller was the last person pulled aboard the Carpathia and the highest-ranking officer to survive the wreck.

One might imagine surviving the greatest maritime disaster of the 20th century would put Charles Lightoller on shore for good, but his adventures at sea were not even close to being over.

Charles Lightoller Survives The First World War (And Then The Second)

Charles Lightoller served in the Royal Navy during the First World War and was given command of his own torpedo boat. He was decorated twice for his actions in combat (which included sinking the German submarine UB-110) and emerged from the Great War as a full naval Commander.

Lightoller retired after the war but couldn’t leave the sea behind entirely. He and his wife bought their own boat, Sundower, and spent the next decade cruising around northern Europe and carrying out the occasional secret surveillance mission for the Admiralty once the Germans began preparing for war again.

When the war finally did begin in 1939, the Nazis war machine tore through continental Europe, driving the Allies back at every turn. As France prepared to fall, the British army along with French and Belgian troops stood trapped between the sea and the Germans in a last stand that could have ended the western European theater of war in one swift blow. 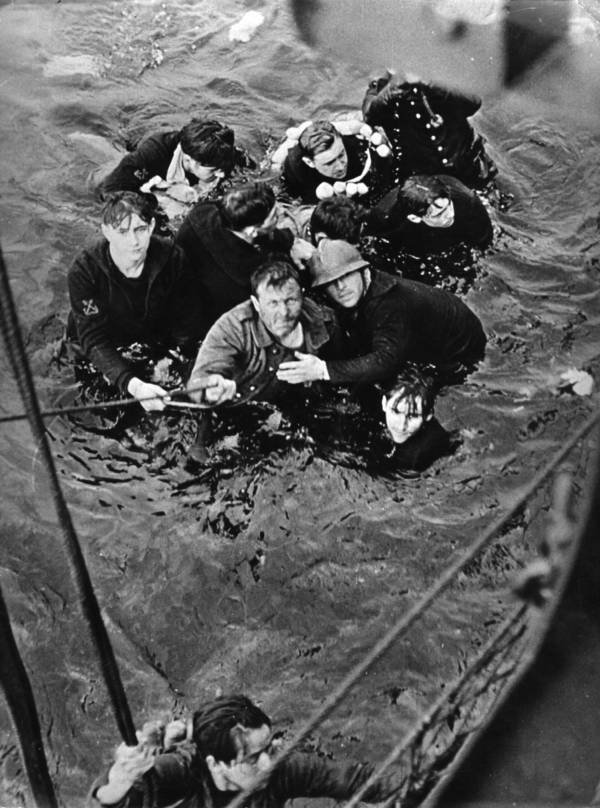 Hulton Archive/Getty ImagesCrew members of a French destroyer, sunk by mine at Dunkirk, are hauled aboard a British vessel from their sinking life-raft.

In a desperate attempt to save the soldiers, Winston Churchill and the British government came up with a daring plan that, if successful, would ensure their army survived to fight another day.

On May 27th, 1940, civilian boat owners along the English coast began receiving phone calls informing them that their vessels were being requisitioned by the government to assist in the evacuation of Allied soldiers across the channel. When Charles Lightoller received his phone call, he had only one stipulation: the retired Commander wanted to take the Sundower himself.

The now 66-year old Charles Lightoller set sail along with his son Roger and a teenage Sea Scout, Gerald Ashcroft. En route to the beaches, the Sundower stopped to rescue the crew of a motor cruiser that had caught fire, before continuing on to pull a whopping 260 men on board, all the while dodging “quite a lot of attention from enemy planes.” When the Sundower docked back in England, one amazed officer watching the seemingly-never ending stream of soldiers emerge from Lightoller’s ship exclaimed, “My God, mate! Where did you put ‘em all?”

Charles Lightoller’s exploits during World War II would later serve as the inspiration for Mark Rylance’s character in the highly-acclaimed Christopher Nolan film Dunkirk. Having been an active player in three of the most memorable maritime of events of the century, Lightoller spent the rest of his days overseeing a boatyard before passing away in 1952.

After learning about Charles Lightoller, the man who survived the Titanic and service in both World Wars, read the harrowing stories of these Titanic survivors. Then, read about one Dunkirk veterans reaction to seeing the film Dunkirk.