Indonesia's president has now approved the use of chemical castration and death in cases against sex offenders who target children. 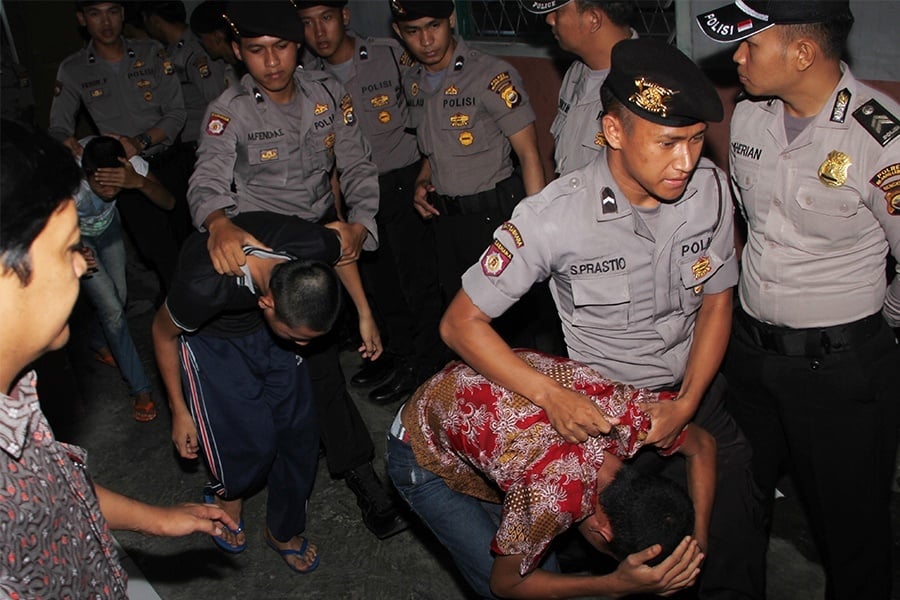 Indonesian policemen escort teenage suspects prior to their trial in Curup, Bengkulu province on May 10, 2016. Seven Indonesian teenagers were jailed on May 10 for the brutal murder and gang rape of a 14-year-old girl that sparked a national debate on sexual violence. DIVA MARHA/AFP/Getty Images

Indonesia just approved a severe new batch of punishments for sex offenders who target children, including chemical castration and death.

“This regulation is intended to overcome the crisis caused by sexual violence against children,” Indonesian President Joko Widodo said Wednesday.

Widodo was not only referring to a general crisis but to a specific incident last month in which a 14-year-old girl was raped and murdered by several boys while walking home from school on the Indonesian island of Sumatra.

Seven of the boys were arrested earlier this month, but national anger over the crime, and others like it, has not abated. Now, after a month of protests calling for stronger punishments against child sex offenders, the government has taken action.

Under Widodo’s new decree, judges presiding over cases against child sex offenders will be able to hand down punishments including chemical castration, 20 years in prison (up from 10), and death at their discretion, effective immediately (although parliament could later overturn the decree allowing these new punishments).

Even more than the death penalty, perhaps the most controversial punishment of them all is chemical castration, which involves severely lowering a person’s sex drive via certain drugs.

Over at least the past decade, there has been worldwide debate as to the efficacy of chemical castration, and Indonesia now joins South Korea, Russia, a few Eastern European nations, and several U.S. states (including California, Texas, and Florida) among governments that have legislated forcible chemical castration of some kind.

For now, Indonesia thinks such a bold measure is fitting for an incredibly consequential act.

“These crimes have undermined the development of children, and these crimes have disturbed our sense of peace, security and public order,” Widodo said yesterday. “So, we will handle it in an extraordinary way.”