How Did Chris Farley Die? The Story Of The Doomed Comedian’s Final Days

Chris Farley's death in December 1997 was caused by a "speedball" mix of cocaine and morphine — but his friends think there's more to his tragic story.

Chris Farley was a force to be reckoned with on Saturday Night Live during the 1990s. He stole the show in iconic sketch roles such as motivational speaker Matt Foley and a pudgy Chippendale’s dancer.

But offscreen, Farley’s wild partying and unchecked excess proved to be fatal. In the end, Chris Farley died of a drug overdose in a Chicago high-rise on December 18, 1997 at the age of just 33. But the full story of how Chris Farley died and what caused his death begins long before that fateful night. 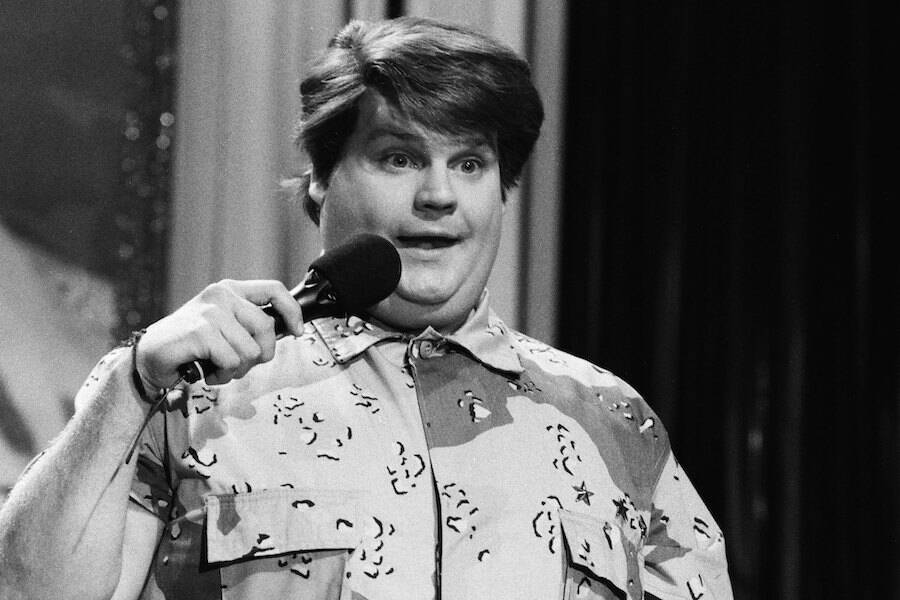 A Meteoric Rise To Fame

Born on February 15, 1964, in Madison, Wisconsin, Christopher Crosby Farley was drawn to making people laugh from a young age. As a chubby kid, Farley found that the best way to avoid the ridicule of bullies was to beat them to the punch.

After graduating from Marquette University, Farley made his way to the Second City Improv Theater in Chicago. Before long, Farley’s onstage antics caught the eye of Lorne Michaels, the head-honcho of SNL. 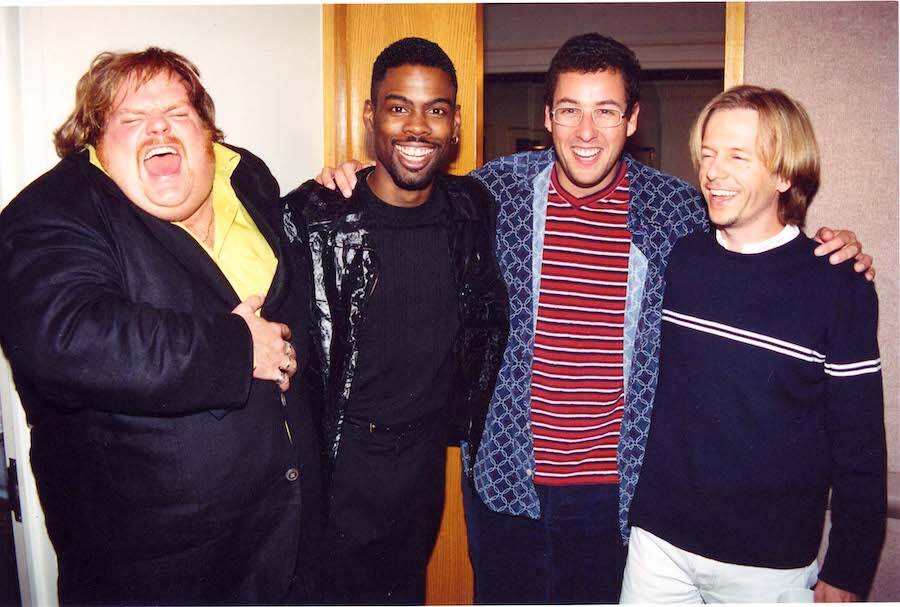 Soon after Farley arrived on the show in 1990, he felt the pressure of newfound fame. He began to rely on drugs and alcohol, and quickly gained a reputation for outrageous behavior.

Despite his clear lack of control, people close to him would later describe him as “a very sweet guy before midnight.”

The Lead-Up To Chris Farley’s Death

After Chris Farley’s role as a pudgy-yet-nimble Chippendale’s wannabe alongside the svelte Patrick Swayze, the comedian cemented his status as a legend.

But the effects of the now-iconic sketch have left some of Farley’s friends wondering if the bit did more harm than good.

As Farley’s friend Chris Rock recalls: “‘Chippendales’ was a weird sketch. I always hated it. The joke of it is basically, ‘We can’t hire you because you’re fat.’ I mean, he’s a fat guy, and you’re going to ask him to dance with no shirt on. Okay. That’s enough. You’re gonna get that laugh. But when he stops dancing you have to turn it in his favor.”

Rock continued, “There’s no turn there. There’s no comic twist to it. It’s just f–king mean. A more mentally together Chris Farley wouldn’t have done it, but Chris wanted so much to be liked. That was a weird moment in Chris’s life. As funny as that sketch was, and as many accolades as he got for it, it’s one of the things that killed him. It really is. Something happened right then.” 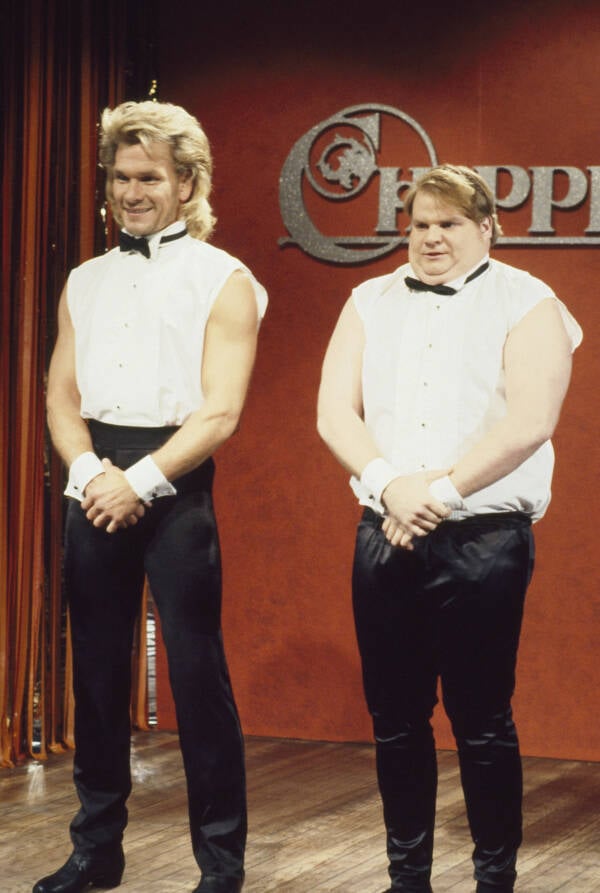 After four seasons on SNL, Farley left the show to pursue a career in Hollywood. With fan-favorite films like Tommy Boy, he quickly established himself as a bankable star.

But according to Farley’s brother Tom, the actor found waiting for the critics’ verdicts on his films to be emotionally taxing.

As Farley searched for acceptance among the Hollywood elite, he was also craving something deeper. In an interview with Rolling Stone, Farley spoke candidly about his need for connection:

“This notion of love is something that would be a wonderful thing. I don’t think I’ve ever experienced it, other than the love of my family. At this point it’s something beyond my grasp. But I can imagine it, and longing for it makes me sad.”

Meanwhile, Farley struggled to kick his habits of drinking too much alcohol, doing too many drugs, and overeating. He was in and out of weight-loss centers, rehab clinics, and Alcoholics Anonymous meetings.

But in the late 1990s, Farley continued to go on increasingly concerning benders, some of which reportedly involved heroin and cocaine.

Adam Sandler remembers telling his friend, “You’re gonna die from that, buddy, you’ve got to stop. It’s not going to end right.”

Others, like Chevy Chase, recall taking the tough love approach.

Using Farley’s adoration of SNL’s original problem child John Belushi against him, Chase once told Farley: “Look, you’re not John Belushi. And when you overdose or kill yourself, you will not have the same acclaim that John did. You don’t have the record of accomplishment that he had.”

In 1997, just two months before Chris Farley’s death, he returned to SNL to host the show he once dominated. His lack of stamina was shocking to the audience and cast, who could immediately tell something was wrong.

Even after 17 stints in rehab, Chris Farley could not outrun his demons.

After a four-day binge involving booze and various drugs, Farley was found dead at age 33 on December 18, 1997. His brother John found him sprawled in his Chicago apartment entryway, wearing only pajama bottoms.

His binge reportedly began at a club called Karma, where Farley partied until around 2 a.m. Afterward, the party moved to his apartment. 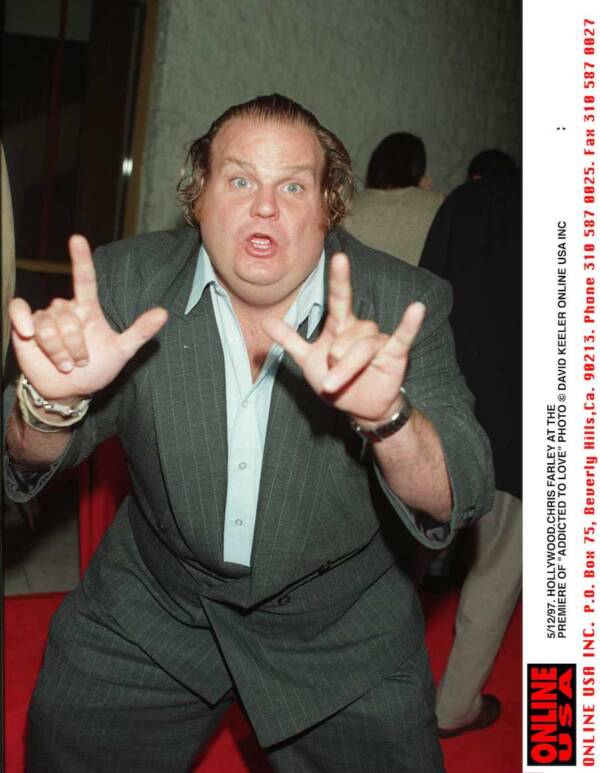 Getty ImagesChris Farley at a premiere in 1997.

The next evening, he stopped by the 38th anniversary party for Second City. He was later spotted at a pub crawl.

The following day, he blew off plans to get a haircut and allegedly spent time with a $300-per-hour call girl instead. She later claimed that the star was more interested in her providing cocaine than anything else.

“I don’t think he knew what he wanted,” she said. “You could just tell he was on a rampage… He just kept bouncing from room to room.”

By the time Farley’s brother John found him, it was too late.

Chris Farley’s Cause Of Death

The police said they found no sign of foul play or drugs in the apartment. It took weeks for a toxicology report to state the cause of Chris Farley’s death.

While some immediately speculated drug and alcohol abuse, others suggested heart failure. Some even thought he choked to death.

In January 1998, the cause of death was revealed to be a deadly overdose of morphine and cocaine, known as a “speedball.”

It was an eerily similar combination of drugs that had claimed the life of his hero, John Belushi — who also died at age 33 back in 1982.

In Farley’s case, another significant contributing factor was a narrowing of the arteries that supply the heart muscle.

Blood tests also revealed an antidepressant and antihistamine, but neither contributed to Farley’s death. Traces of marijuana were also found. However, alcohol was not.

Remembering The Larger Than Life Legend 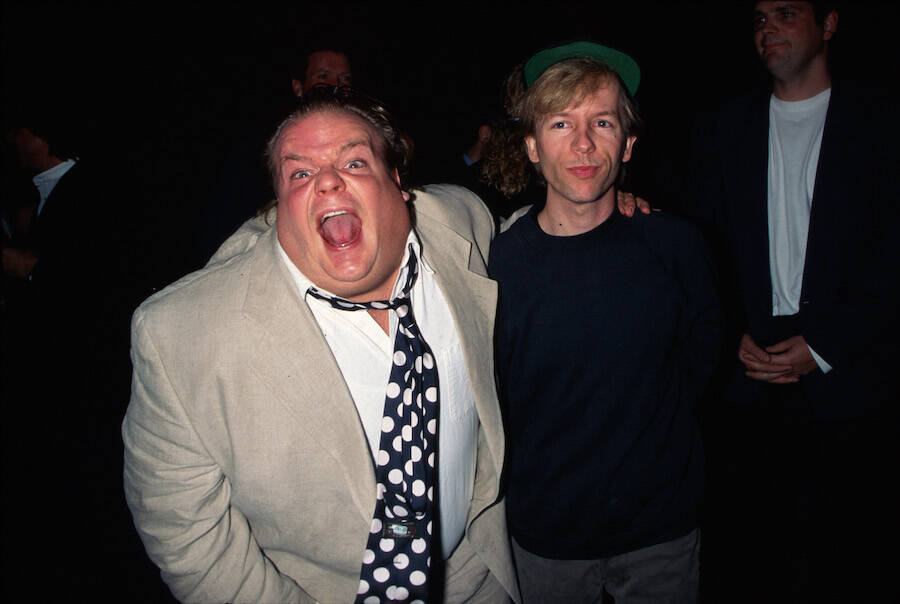 More than 20 years after Chris Farley’s tragic demise, his friend David Spade opened up about the loss.

In 2017, Spade wrote on Instagram, “Heard just now it was Farley’s birthday today. Still has an effect on me and lots of people around the world. It’s funny that I run into people now that don’t know who he is. That’s the reality of life moving on, but still shocks me a bit.”

The death of Chris Farley shows that fame can have a harmful effect on anyone it touches. For him, the need to please proved to be too much.

After this look at how Chris Farley died, read about famous suicides, from Robin Williams to Marilyn Monroe. Then, learn about some of the strangest deaths in history.