The Strange Deaths Of 16 Historic And Famous Figures

Many of history's most important figures have suffered strange deaths that do not seem to befit their noble legacy.

Erik Weisz, known better by his stage name Harry Houdini, is remembered as one of the greatest magicians and escapists of all time.

On October 31, 1926, Houdini was killed by a college student's punch. The student had seen Houdini’s act where he received multiple blows to the torso without reacting and attempted to replicate the trick by viciously punching Houdini. Unfortunately, he did not give the magician time to brace for the attack and his punches ruptured Houdini’s appendix, killing him. Library of Congress 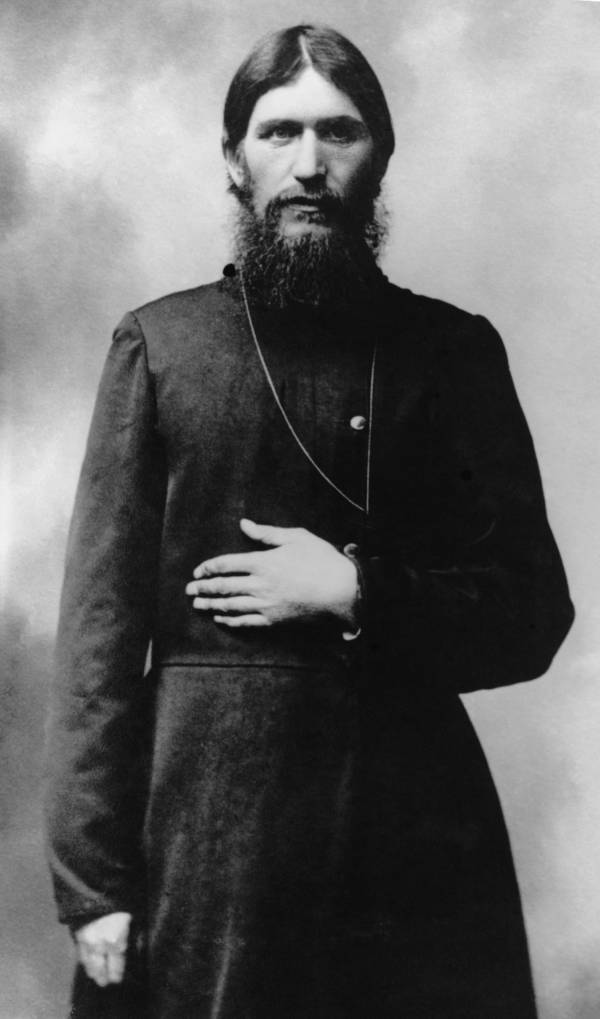 Grigori Rasputin was a Russian mystic and faith healer who became entrenched in the Russian royal family during the turn of the century it was believed he was the only one who could treat the Tsar’s son, Alexei, for his hemophilia. However, the aristocracy and populace questioned the relationship between the family and Rasputin. Rasputin’s sexual exploits and decadent lifestyle also made many question his relationship with the Tsarina, Alexandria.

Seeking to remove this blemish from the Tsar’s reputation, a group of nobles plotted to kill Rasputin in 1916. They invited the mystic to a house where they gave him tea, cakes, and wine poisoned with arsenic. After eating the cakes and drinking three glasses of poisoned wine, the conspirators were shocked to see him seemingly unaffected. One of them then shot him in the chest and left to construct an alibi. When he returned, he was attacked by Rasputin, who had survived the bullet. The men then shot Rasputin two more times, wrapped him in a rug, and threw his body into an icy river.Karl Bulla/Wikimedia Commons 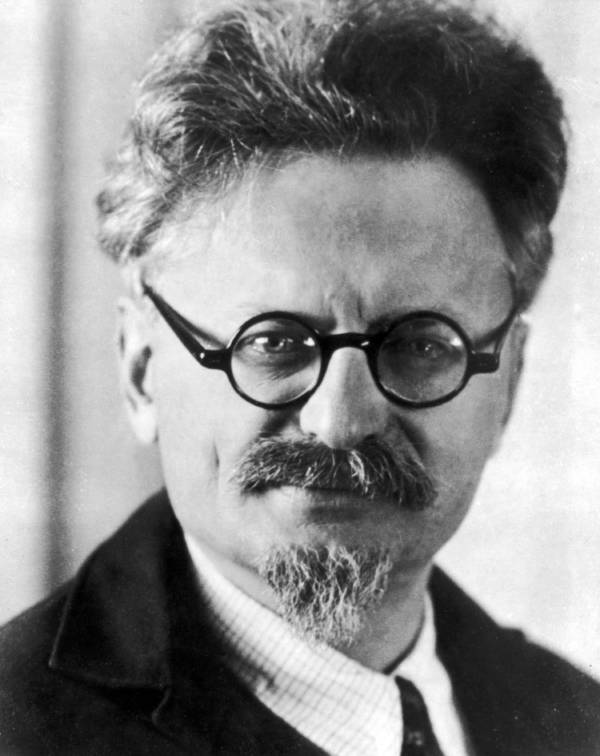 Leon Trotsky was one of the central figures of the Russian Communist revolution in 1917 and the founder of the Red Army. After Lenin’s death, Trotsky opposed the leadership of Joseph Stalin and was exiled from the USSR. While Trotsky was in exile, Stalin put together a show trial that convicted Trotsky of trying to kill him.

On August 20th, 1940, Trotsky was attacked in his villa in Mexico. The attacker, a Spanish communist agent, stabbed Trotsky in the head with an ice pick, killing him.Hulton Archive/Getty Images 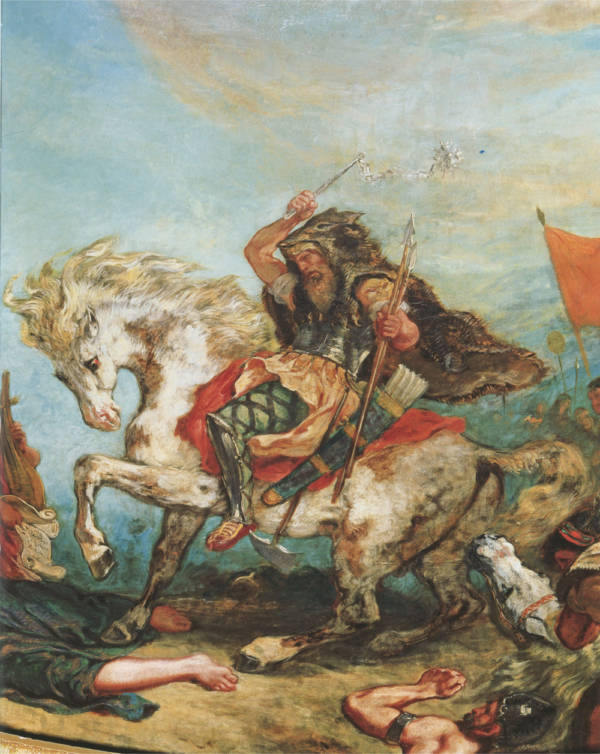 Attila The Hun was the leader of an enormous tribal empire who sacked the Eastern Roman Empire and invaded numerous Western territories.

However, he died not in battle, but from a nosebleed. After celebrating his marriage to his new wife in 453, he got a nosebleed, and in his drunken stupor, choked to death on his own blood.Eugène Delacroix/Wikimedia Commons 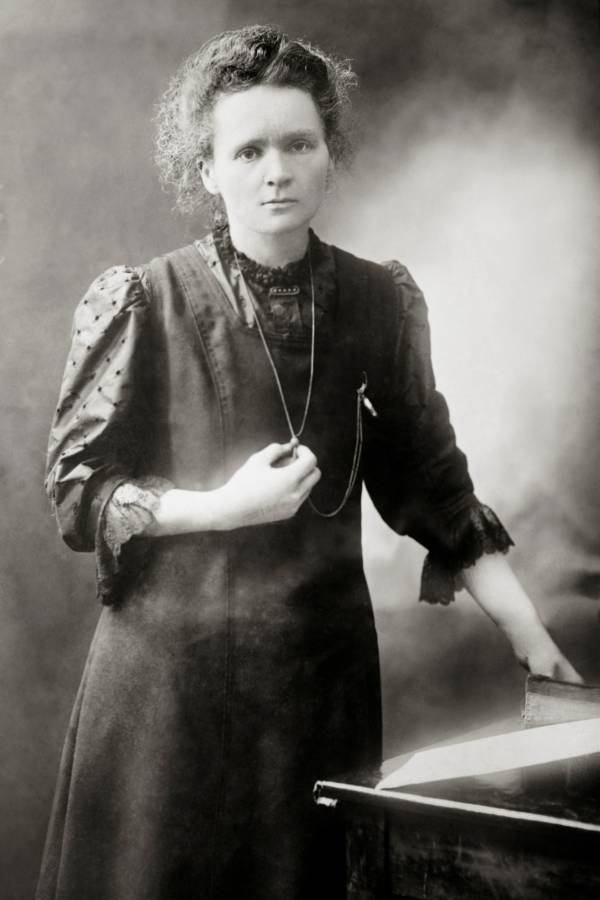 Marie Skłodowska Curie was a Polish-French physicist and chemist who discovered radioactivity and the methods used to isolate radioactive isotopes. She and her husband were jointly awarded the Nobel Prize in Physics in 1903, and she received a Nobel Prize in Chemistry in 1911.

It is unfortunate, then, that what killed Curie was the very thing that she devoted her life to. She suffered many ailments due to exposure from radiation, including cataracts that rendered her nearly-blind. In 1934, she died from aplastic anemia, a rare bone marrow disease caused by radiation. Wikimedia Commons 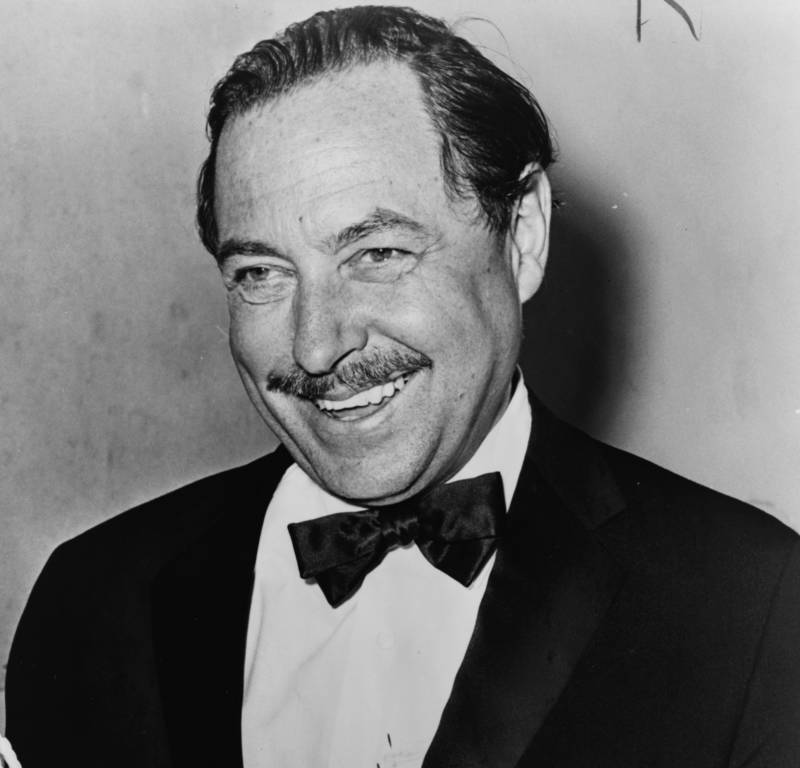 Tennessee Williams was one of the great American playwrights of the 20th century who wrote The Glass Menagerie, A Streetcar Named Desire, and Cat on a Hot Tin Roof.

In 1983, at the age of 71, Williams died after accidentally inhaling the plastic cap of an eyedrop bottle and suffocating while in an alcohol and amphetamine-fueled haze. Orlando Fernandez/Library of Congress 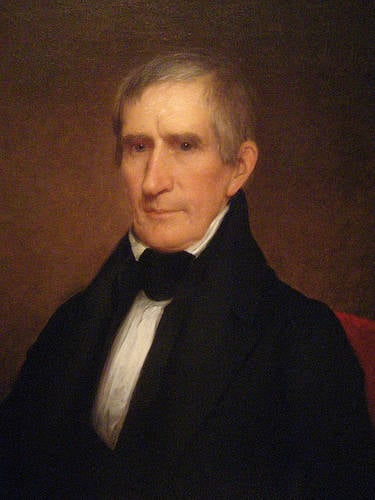 William Henry Harrison was a war hero of the War of 1812 who became the 9th president of the United States.

He died of a cold that he caught while standing in the rain without an overcoat or hat for two hours during his inauguration speech, the longest of any US president. After the illness persisted for three weeks, presidential doctors gave him opium, castor oil, leeches, and Virginia snakeweed, treatments that drove Harrison delirious and only served to worsen his condition. His death one month later made him both the first president to die in office, and the president to have served the shortest term. Wikimedia Commons 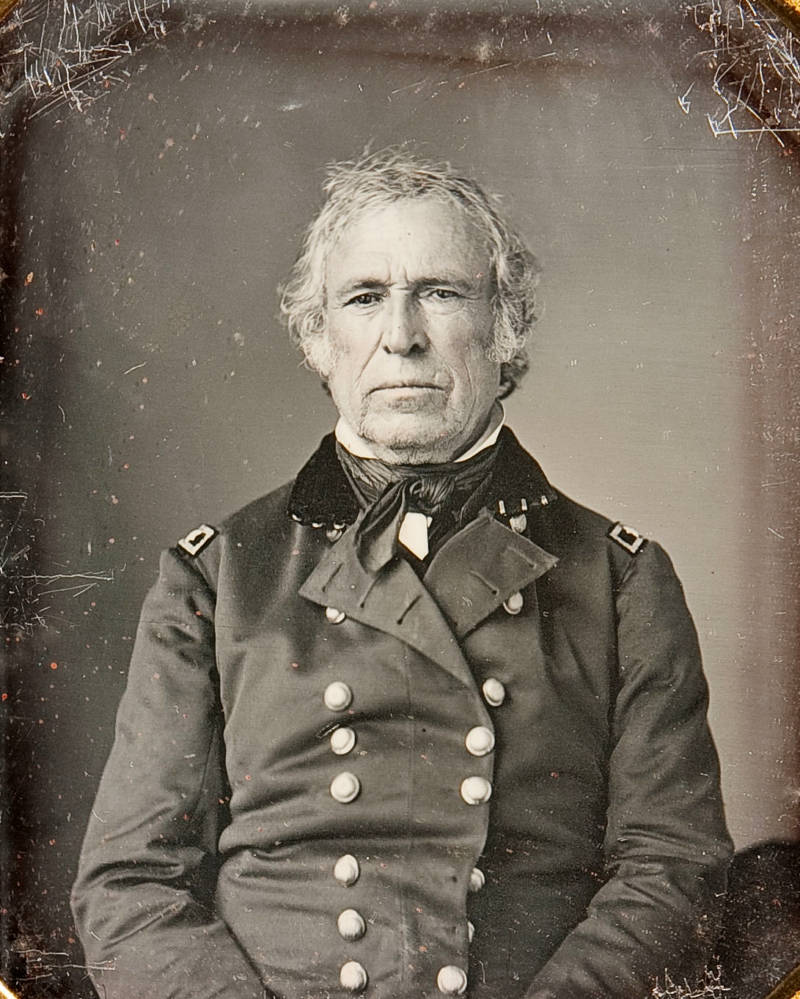 Zachary Taylor was a war hero in the Mexican-American war who became the 12th president of the United States in 1849.

In 1850, while attending a Fourth of July event at the Washington Monument, which was then under construction, Taylor consumed copious amounts of raw fruit and iced milk during the long, hot day. This combination of foods gave Taylor diarrhea and dysentery, which he died from five days later. Wikimedia Commons

King Henry I Of England 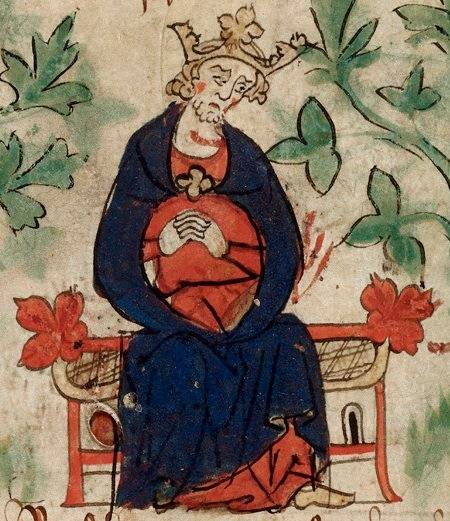 Henry I ruled England from 1100 till his death, 35 years later. He is thought of as a harsh but competent king who fought off multiple invasions and rebellions.

When Henry I was on a hunting trip in Normandy in 1135, he ate a number of lamprey eels, against the warnings of his doctor, and fell ill. Henry died shortly after.British Library/Wikimedia Commons 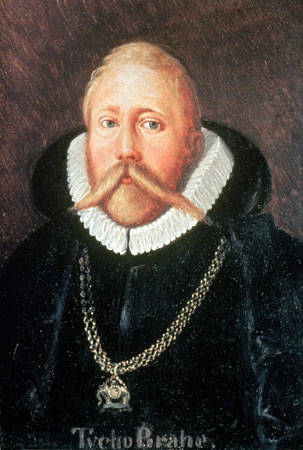 Tycho Brahe was an astronomer, astrologer, and alchemist of the 16th century. His observations on mapping the night sky were pivotal in allowing future astronomers to accurately understand our planet’s place in the cosmos.

Brahe died in 1601 because of his manners. He was attending a banquet in Prague and refused to leave the table to relieve himself as it would have been a breach of etiquette. He hurried home afterward and experienced excruciating pain when he urinated. He died eleven days later of a bladder ailment. Eduard Ender/Wikimedia Commons 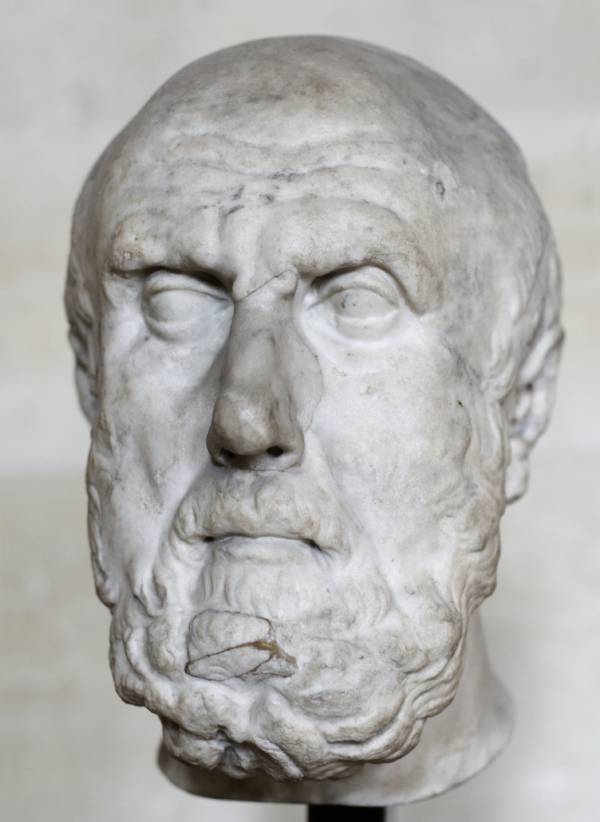 Chrysippus was a Stoic philosopher in Ancient Greece whose writings on logic, physics, and ethics are still taught to this day.

According to Diogenes Laërtius, an ancient biographer of Greek philosophers, Chrysippus died in a fit of laughter in 206 BCE when saw a drunken donkey attempting to eat some figs.Marie-Lan Nguyen/Wikimedia Commons 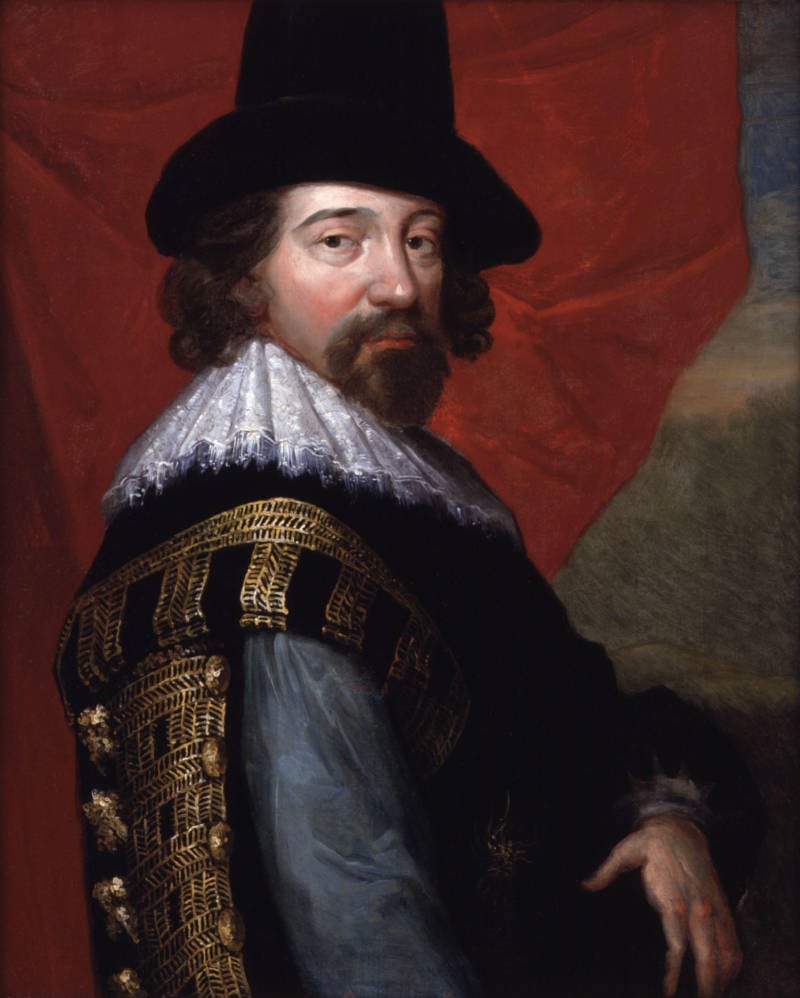 Sir Francis Bacon was a 16th-century scientist, philosopher, and statesman who popularized ideas like the codification of common law and the scientific method that would gain immense import in the Enlightenment Era that followed his death.

In 1626, Bacon was traveling through the snow to Highgate, where he was inspired to discover whether or not snow could preserve meat. He left his coach and went to the house of a local woman, where he purchased a chicken from her and stuffed its carcass with snow. The long period Bacon spent outside damaged his immune system, and he died from pneumonia three days later. John Vanderbank/Wikimedia Commons 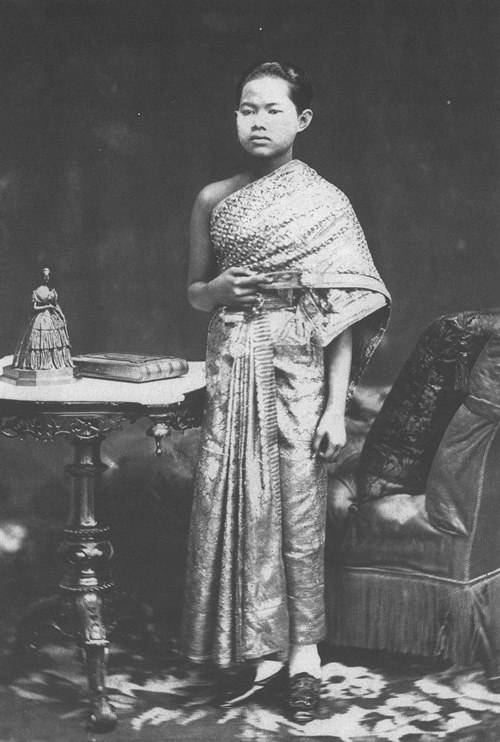 Sunanda Kumariratana was the queen of Siam, modern-day Thailand, and the consort of King Rama V.

She drowned in 1880 when her boat capsized on the way to Bang Pa-In Royal Palace. Dozens stood and watched while she drowned, as touching a queen would have been a capital offense, even if they were to save her life. Wikimedia Commons 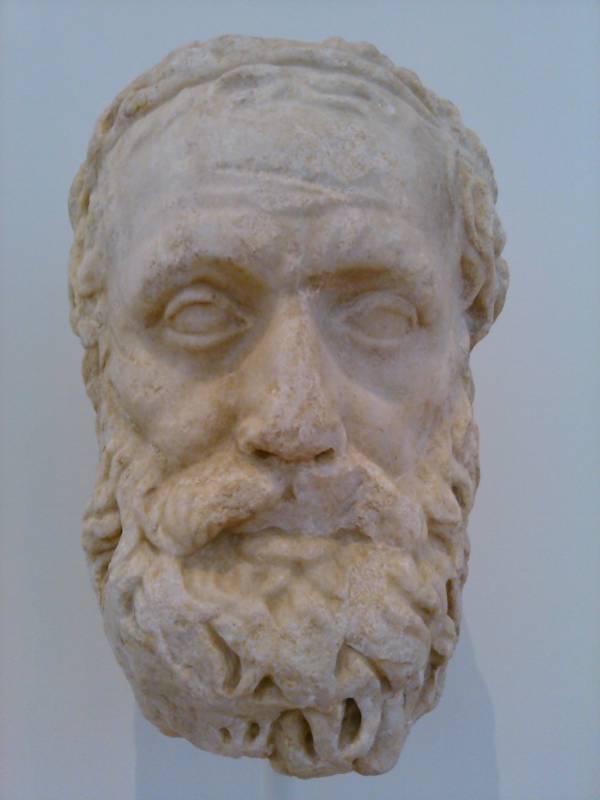 Aeschylus was an Ancient Greek playwright who is known as the “father of tragedy.” He is believed to be the first dramatist to format his plays in trilogies and created some of the most influential stage performances of Ancient Greece.

According to the Roman historian Valerius Maximus, Aeschylus died when a Sicilian eagle picked up a tortoise in its claws and thinking Aeschylus’ bald head was round rock that he could use to shatter the animal's hard shell, dropped the tortoise onto Aeschylus’ head and killed him.Alexisrael/Wikimedia Commons 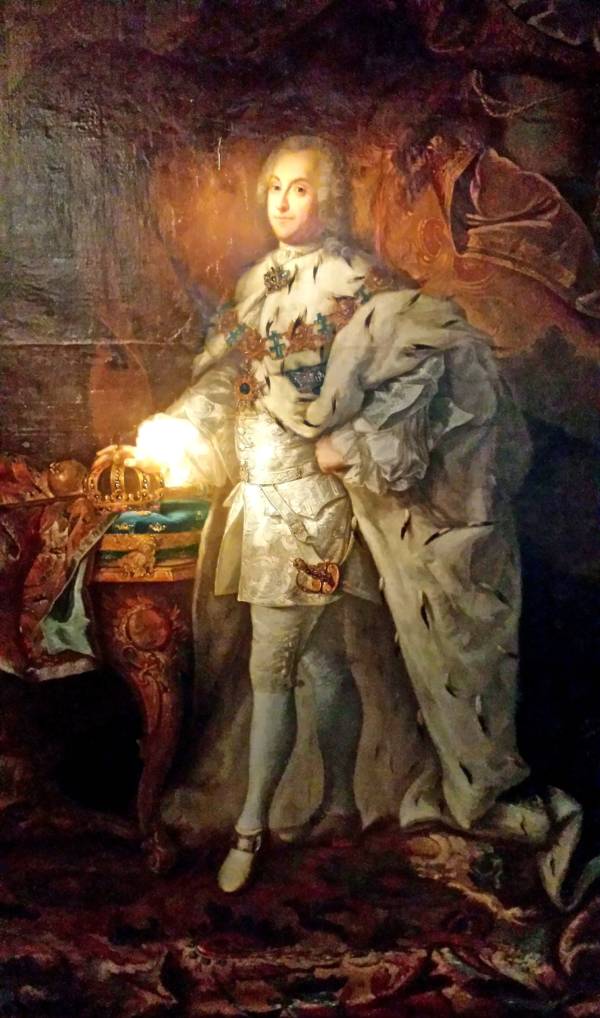 Adolf Frederick was the king of Sweden in the mid-1700s. He was installed by a political faction due to his close relationship with the Empress of Russia, to improve the conditions of a drafted peace treaty between Sweden and Russia at the time.

In 1771, Frederick died of overeating when he ate an enormous meal of lobster, caviar, sauerkraut, kippers, and champagne, as well as 14 servings of sweet rolls in a bowl of hot cream.Wikimedia Commons 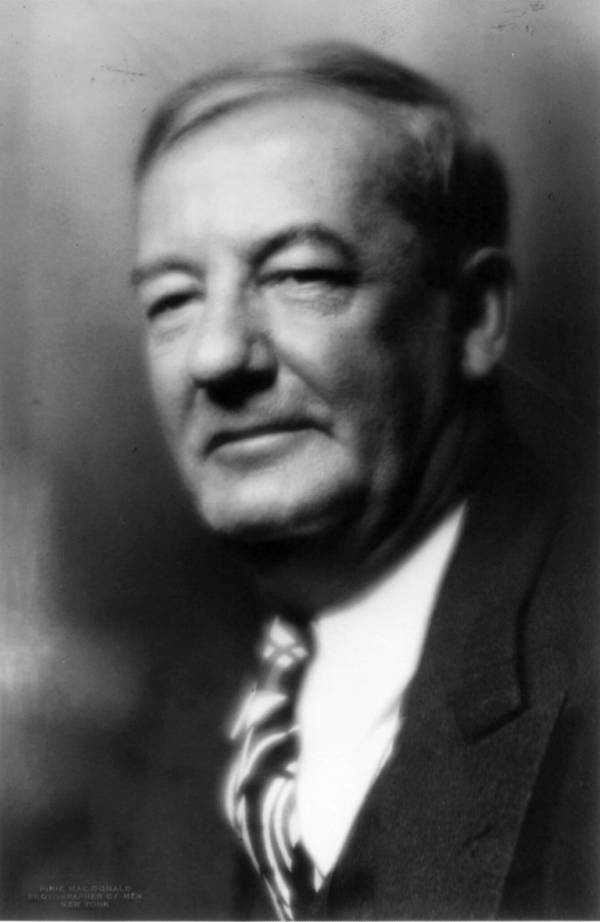 Sherwood Anderson was a prominent American short-story writer and novelist from the 1920s to the 1940s.

When Anderson was 64, he accidentally swallowed a toothpick while drinking a martini on a cruise. He died in 1941 when the toothpick damaged his internal organs and caused an infection in his stomach. Pirie MacDonald/Library of Congress

Many of history's most important figures have suffered strange deaths that do not seem to befit their noble legacy.

Though we'd hope that those who rose to great heights would be granted a dignified death, many of these prominent and respected historical figures died some truly bizarre demises.

In a time before modern medicine, for example, many of the injuries and diseases we would readily dismiss in our current were able to kill some of the greatest people in history.

From swallowing a toothpick to dying of laughter, here are some of the strangest ways that historical figures have died.

Enjoy this article on strange deaths from history? Next, learn about the living descendants of famous historical figures. Then, check out this list of historical figures you didn’t know had serious mental disorders.