Where Are Their Kids? The Living Descendants Of Famous Historical Figures

Have you ever wondered what happened to the children of Stalin, Einstein, or the leaders of Nazi Germany? These are their stories.

We all grow up hearing stories about the great and the not-so-great people in our history books. Space and time constraints prevent our history classes from going into too much detail, so we rarely learn much about historical figures’ personal lives.

Perhaps because of this, we tend to picture people from the past as frozen tableaux, rather than as the ordinary people they actually were. Picture Joseph Stalin in bed with his wife – hard to do, isn’t it? Well, he had kids, and so did Einstein. And some of these people’s descendants are still around today: 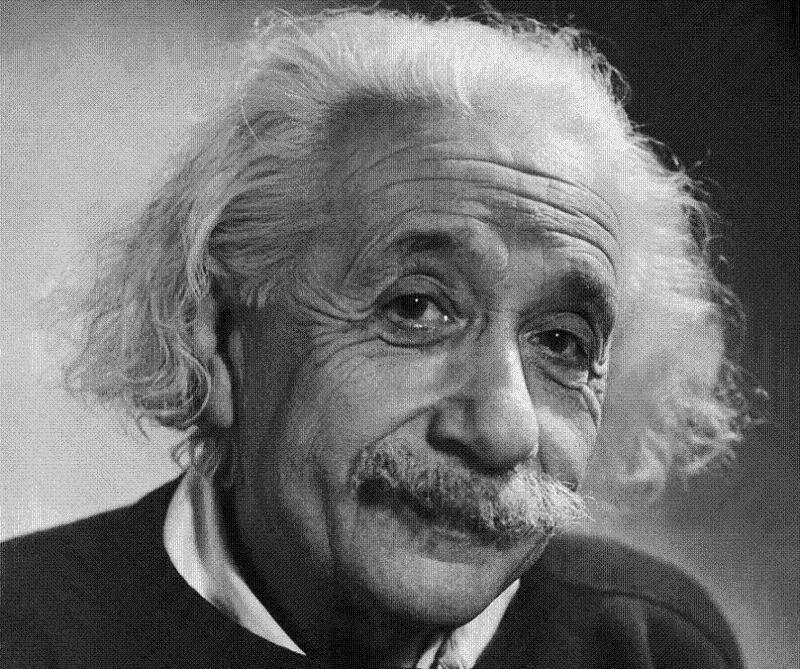 Crazy-hair guy. Best known for gracing the walls of every college dorm in the Western world, and for his work on the piezoelectric effect in crystals, which is what he got his Nobel Prize for. But Albert Einstein also had a mastery of space and time – specifically the space between himself and his mistresses, and the time he took to father some kids. Source: Deluxe Battery 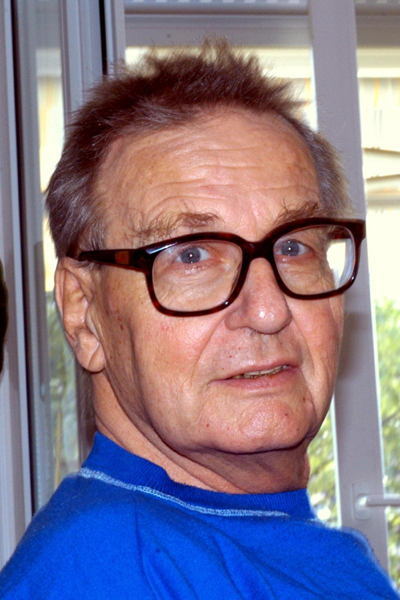 Bernhard Caesar Einstein was the only grandchild of Albert to survive childhood and father children of his own. He died in 2008, but a few of his five children can still be found here and there around the world. 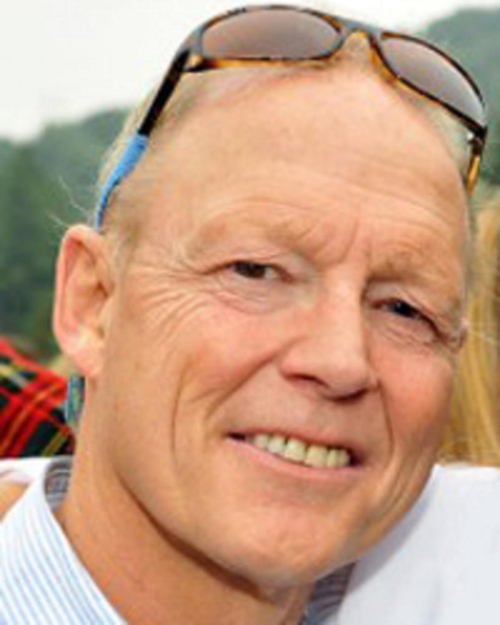 Dr. Thomas Einstein doesn't include this little gem in his online profile, but he's Albert Einstein's great-grandson. He graduated from medical school and now runs an outpatient surgery clinic in the Los Angeles area. He speaks four languages, and apparently doesn't make a big deal out of his family connections. Though his patients sure do, judging from a glance at his online reviews. 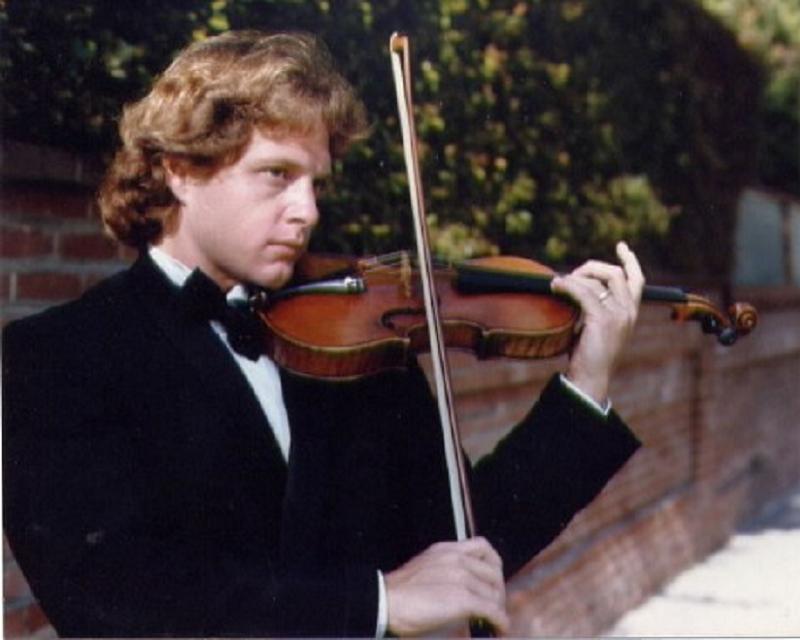 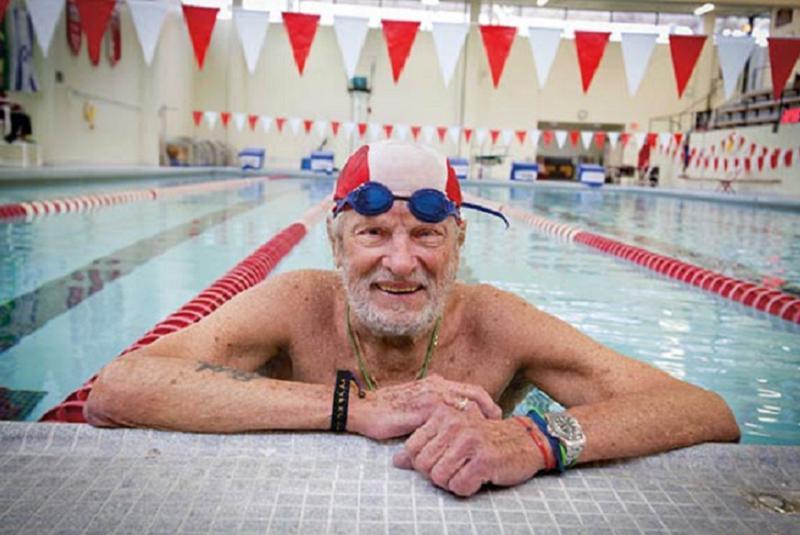 Eduard (Ted) Einstein, on the other hand, is doing the exact opposite of playing the violin for French audiences. He dropped out of school and now runs a furniture store in Los Angeles. According to the available sources, he's pretty successful, so maybe you can't keep the Einsteins down. Source: Open Waterpedia 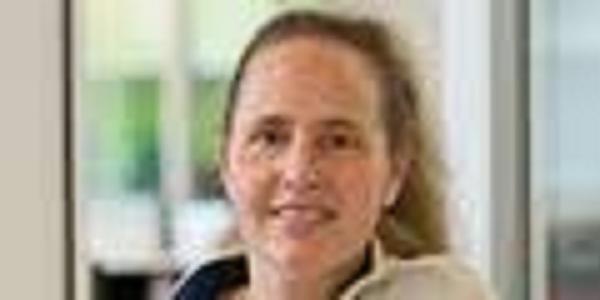 Mira Einstein is also a musician, though she also works as a partner in – of all things – a telemarketing firm in Switzerland. 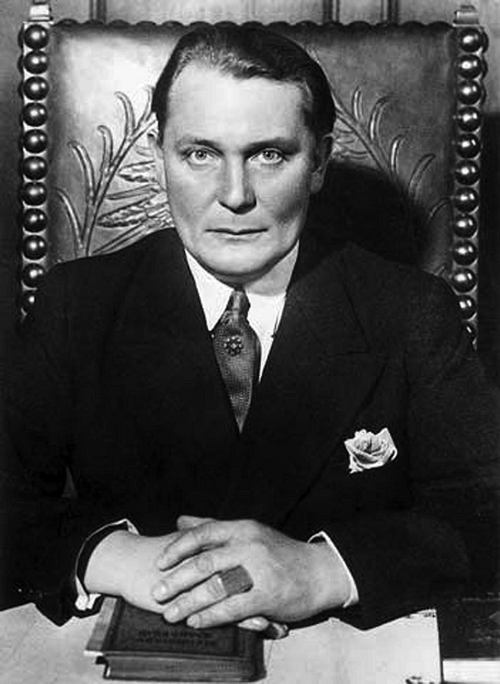 Let's hope that's the only thing that runs in families. Hermann Goering. pictured here doing an impression of Al Pacino, left a wife and daughter behind when he swallowed cyanide in Nuremberg to cheat the hangman. 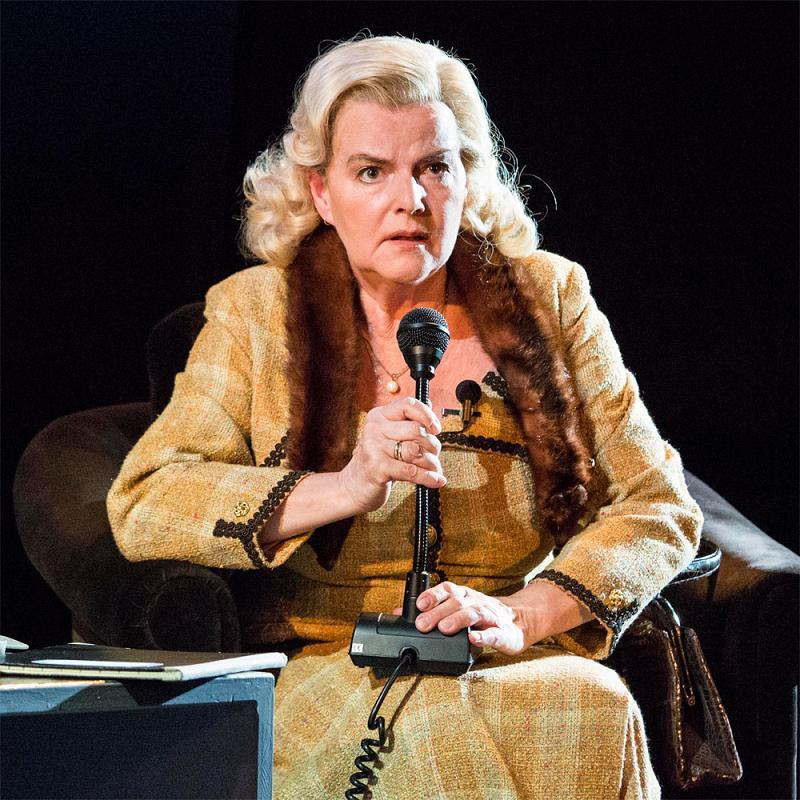 Edda Goering was seven years old when her father died, and she grew up with fond memories of him. Adolf Hitler was her godfather, and as an adult she lent her rather high-profile presence to memorials and other public functions relating to Nazi party members. Her unwillingness to publicly denounce her father led to the state of Bavaria refusing her the pension it normally paid the surviving descendants of Nazi officials. Today, Edda lives quietly, though rumor has it she moved to South Africa during the 1990s.

Hermann Goering was one thing, what with being really high in the government and having lots of non-genocide duties, but this guy is quite another. Rudolf Höss was the commandant of Auschwitz-Birkenau, where he sat on top of the busiest killing machine ever built. He was also a devoted family man whose 1947 execution left behind a wife and several children who had lived with him at the camp.

Rudolf's daughter grew up to work as a fashion model in Spain. Eventually, her family history caught up with her, and she felt the need to retreat to a quiet retirement in Northern Virginia. She's reluctant to grant interviews, fearing reprisals, though it's hard to imagine who would hunt down an 80-year-old cancer patient for something her father did over 70 years ago. 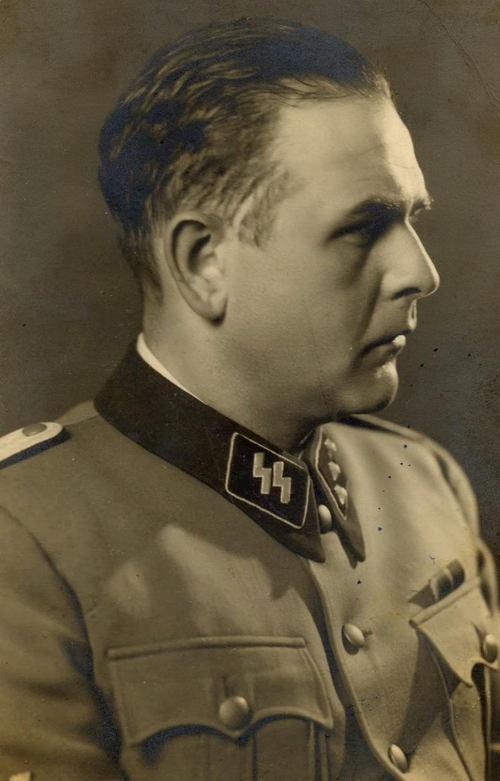 Another camp commandant. You know him as that bastard with the rifle from Schindler's List. Amon Goeth was picked up after the war and given the standard improvised hanging that was all the rage back then. 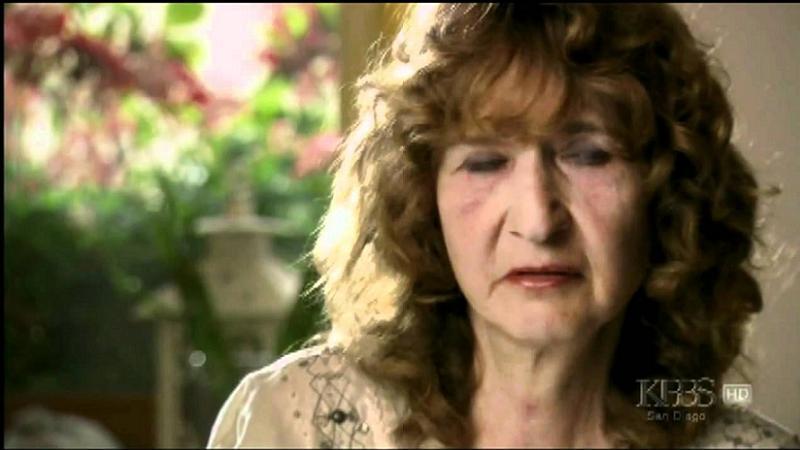 According to her own account, Monika Hertwig didn't know anything about her father until she was an adult. Her mother flatly refused to discuss the matter. She knew he had been mixed up in the SS, but it wasn't until the movie came out that it was driven home how bad her father was. In what has become a running theme, Monika lives in something like quiet anonymity and rarely grants interviews. Source: Youtube 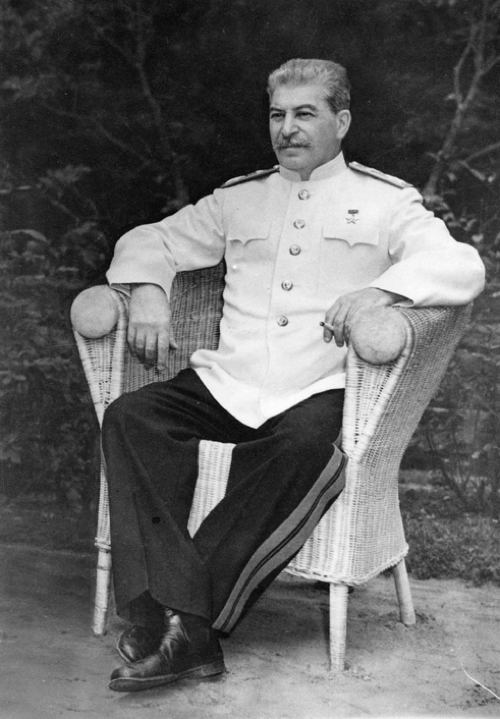 Whew! Those Nazis sure were depressing, right? Let's take a break and have a look at Joseph Stalin. Stalin had three children, though he wasn't what you'd call a devoted family man. Stalin's wife killed herself with his pistol, and the couple's three children went on to rough futures. His first son, Yakov, was captured immediately after the war began and died in captivity in 1943. Vasily, the lazy drunk of the family, rose to the rank of major general of the air force, only to be fired and arrested for corruption – first by his father, then by Khrushchev – before serving seven years in prison. A year after his release, he got drunk and crashed into another car. Eventually, he drank himself to death in internal exile in Kazan. 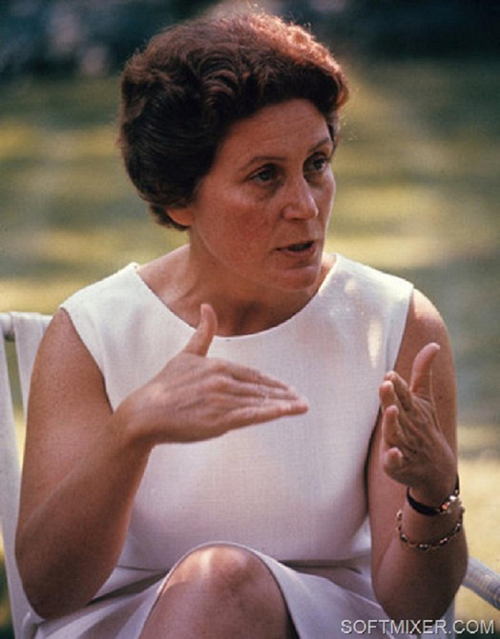 Stalin's daughter Svetlana, however, was less of a wreck. In 1967, she defected to the United States and became a naturalized citizen, which was a nice "F-you" to Moscow, which she felt had been treating her badly since her father's death. Svetlana eventually married and took the name Lana Peters. In 2011, at the age of 85, she died in Wisconsin, survived by her two sons – Joseph Stalin's grandchildren – who were born in America. As natural-born citizens, they're eligible to run for the presidency, so what do you say America? Let's roll those dice! Source: Live Internet 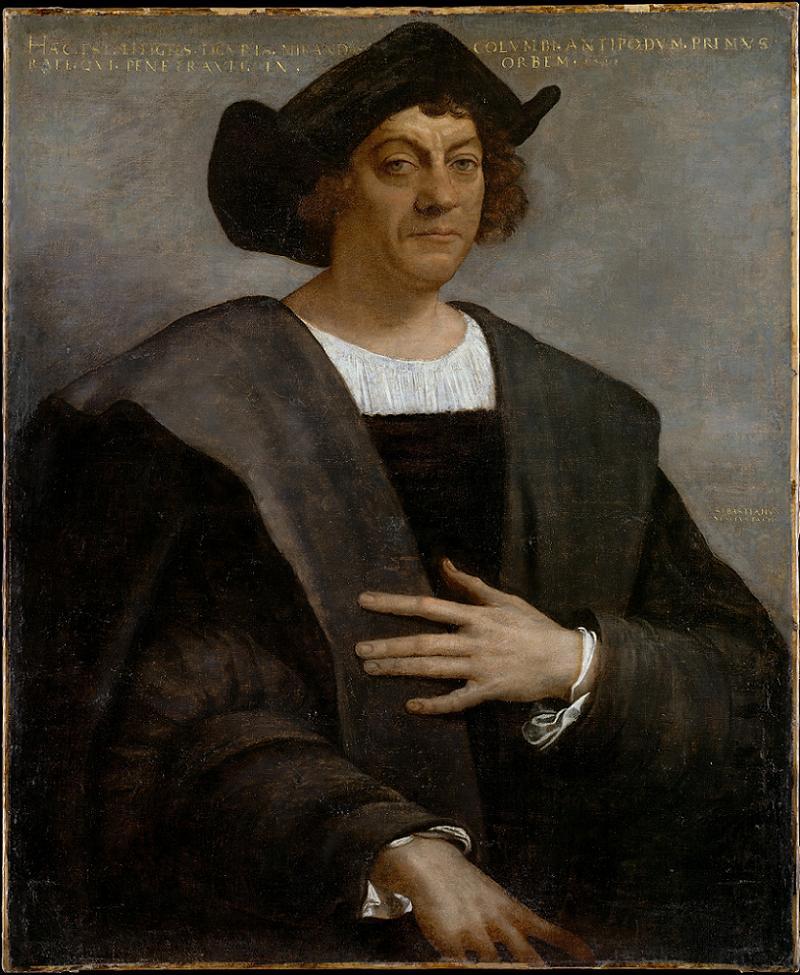 Columbus, seen here throwing up a gang sign, sailed the ocean blue, invented genocide and slavery, and shares his name with one of the most boring cities ever founded by humans. It's a rare pedigree that stretches back over 500 years, since most important families fall apart within two or three generations, but the Columbuses have been plugging away for half a millennium. Source: Wikipedia 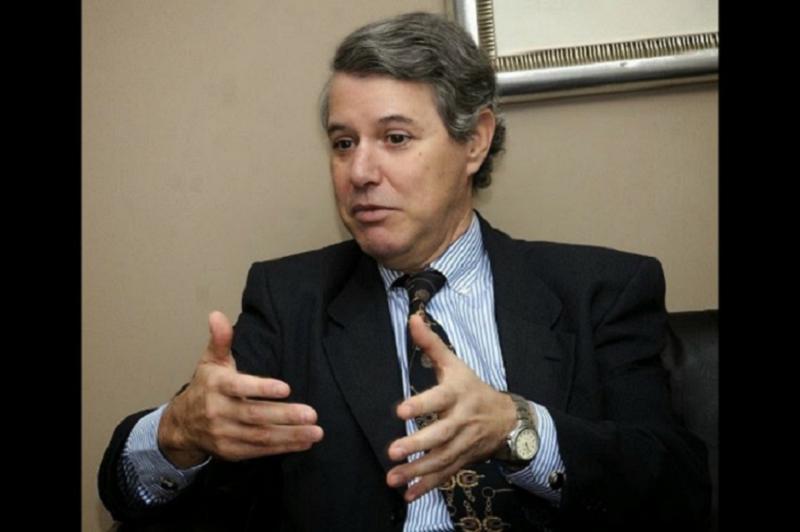 Cristobal Colon is the 18th-great-grandson of the old Admiralissimo y Viceroy, and – surprisingly – he and his father were the only two direct descendants of Columbus to serve in the Spanish Navy. Both worked their way up the ranks, with the 17th-great grandson being killed in a Basque terrorist attack in 1986. This Columbus actually captained a replica Santa Maria for the commemorative 1992 voyage.

Incidentally, if the historical Columbus had been a little more careful with his contracts and demanded his share of the revenue from the New World to pass to his descendants in perpetuity – which was a standard clause at the time – this man would be richer than all of the other people in the world today put together. So, if you're an astronaut on the way to Mars, the lesson is to have a lawyer look over your documents first. 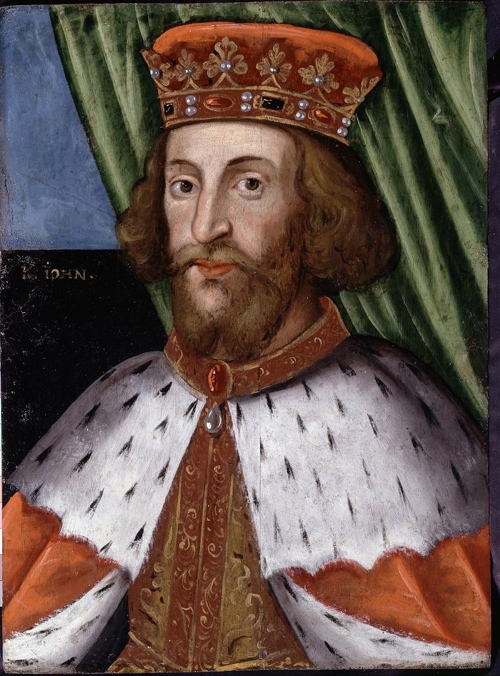 Here's the man with one of the most unfortunate reputations in royal history. King John I was kind of a screw up, which explains his casting as the bad guy in Robin Hood stories. He was cornered and forced to sign the Magna Carta, and nobody liked him. So, what kind of losers are descended from this dishrag?

These guys. According to original research by, of all people, a 12-year-old girl from California, 43 of the 44 US presidents are descendants of John I of England. Guess who the odd man out is? You're wrong, it's Martin Van Buren. Barack Obama is related through his mother, and every other president is his cousin. Insert David Icke-style Reptilian conspiracy theory. Source: Pix Good 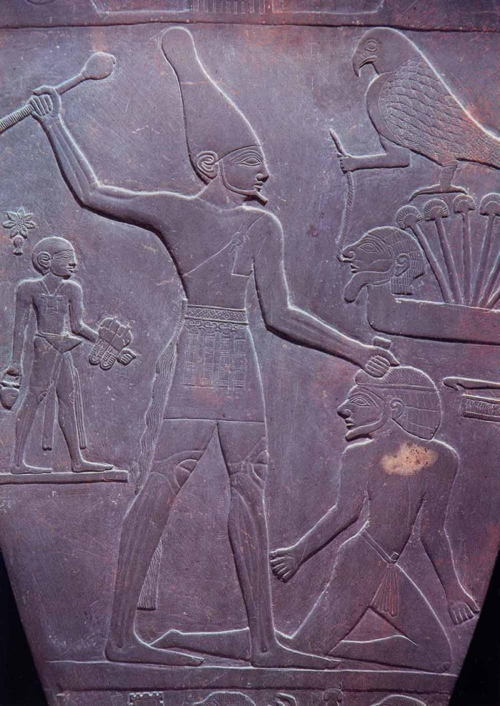 Here's what might be the oldest pedigree in the world. This relief depicts the Egyptian King Narmer at his moment of triumph. Here, he's getting ready to brain a captive after successfully conquering Lower Egypt and forging a united kingdom with himself as its head. This happened in the fourth millennium BC, maybe 700 years before the pyramids were built, so – who could possibly trace their ancestry to such a remote figure?

Enjoy this look at the descendents of prominent people from history? Then check out our other posts on famous last words of historical greats and old school cool, the best of history's cool kids.