After Pearl Harbor, Americans took trophy skulls as they viewed the Japanese as inherently evil and less than human. 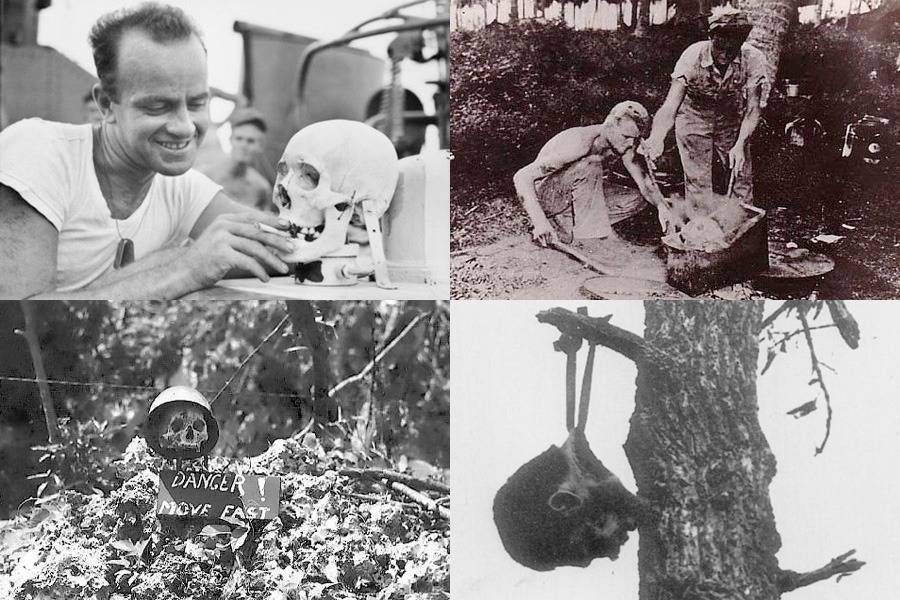 Wikimedia CommonsClockwise from top left: U.S. soldier with the Japanese skull adopted as the “mascot” of Navy Motor Torpedo Boat 341 circa April 1944, U.S. soldiers boiling a Japanese skull for preservation purposes circa 1944, a Japanese soldier’s severed head hangs from a tree in Burma circa 1945, a skull adorns a sign at Peleliu in October 1944.

Years after the end of World War II, the bodies of Japanese soldiers who had died in the Mariana Islands were repatriated to their homeland for proper burial.

More than half of the bodies returned home were returned without their heads.

The heads, it turned out, had been taken by the American soldiers responsible for the deaths, and kept as gruesome war trophies.

When soldiers came across the bodies or killed the soldiers themselves, the heads were likely the first thing to be taken as a war trophy. The head would then be boiled, leaving just the clean skull behind to be used as the soldiers pleased.

Some of the heads were mailed home to loved ones, and some were added to signage or used as macabre decorations throughout the soldier’s camps.

Eventually, the taking of the trophy skulls got so out of hand that the U.S. Military had to officially prohibit it. They ruled that taking the trophy skulls was a violation of the Geneva Convention for the treatment of the sick and wounded, the precursor to the 1949 Geneva Convention. However, the ruling hardly stopped the practice from taking place, and it continued for almost the entire duration of the war. 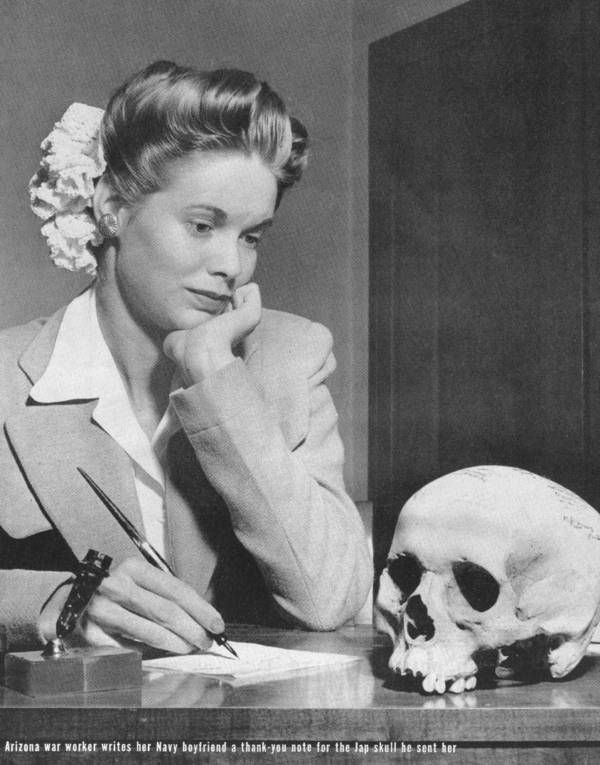 Ralph Crane, Time & Life Pictures/Getty Images via WikimediaPhoto published in the May 22, 1944 issue of LIFE magazine, with the following caption: “When he said goodby two years ago to Natalie Nickerson, 20, a war worker of Phoenix, Arizona, a big, handsome Navy lieutenant promised her a Jap. Last week, Natalie received a human skull, autographed by her lieutenant and 13 friends and inscribed: ‘This is a good Jap-a dead one picked up on the New Guinea beach.’ Natalie, surprised at the gift, named it Tojo. The armed forces disapprove strongly of this sort of thing.”

The taking of the trophies was in large part due to the widespread idea in America that the Japanese were less than human. The American media referred to them as the “yellow men,” or “yellow vermin,” constantly portraying them as having less intelligence than Americans. Especially after Pearl Harbor, the anti-Japanese sentiment became more pronounced.

Initially, the United States didn’t even plan to enter the war, standing idly by while the rest of the world fought. The attack on Pearl Harbor changed that, putting United States land directly in the middle of the battlegrounds.

After Pearl Harbor, the American sentiment towards the Japanese was that they were inherently evil. 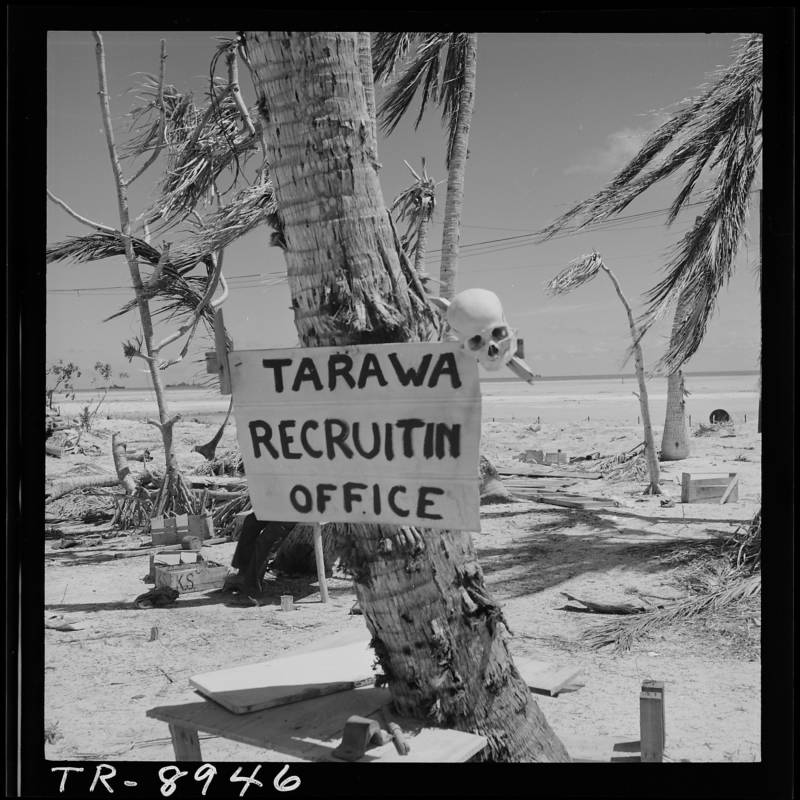 Wikimedia CommonsA skull fixed to a tree in Tarawa, December 1943.

This implied hatred of the Japanese drove soldiers who happened upon dead soldiers, or who killed Japanese soldiers in battle, to see them as less than human, and thus, dismember them to take the pieces home as trophies.

The most common trophy was a skull, as most soldiers found that to be the most exciting piece to take. However other body parts were not ruled out. Teeth, arm bones, ears, and noses were often taken as well, and modified to be turned into other items, such as jewelry or ashtrays.

At the height of the war, U.S. Representative Francis E. Walter even gifted President Franklin Delano Roosevelt a letter opener made from a Japanese soldier’s arm bone. The gift sparked outrage in Japan and a wave of anti-American sentiments. Roosevelt later ordered that the bone be repatriated and given a proper burial.

Next, read about Benjamin Salomon, the army dentist who killed 98 Japanese soldiers and saved hundreds of American lives. Then, read about the true story of the Japanese-American internment camps. Finally, read the story of revered World War II medic Desmond Doss.