Though he refused to fire a gun, Desmond Doss became one of the most legendary soldiers of World War II — and saved 75 men during the Battle of Okinawa.

If you called him a hero, Desmond Doss would’ve likely corrected you.

The young World War II medic who singlehandedly saved the lives of 75 American soldiers on the Maeda Escarpment of Okinawa in 1945 would say that he only did what was right. And he would also say that he never carried a weapon because he was in the business of saving lives, not taking them.

In 2016, the Academy Award-winning film Hacksaw Ridge brought Desmond Doss to the attention of countless people who’d never heard of this exceptionally brave man. But the movie didn’t tell the full story.

The Early Life Of Desmond Doss 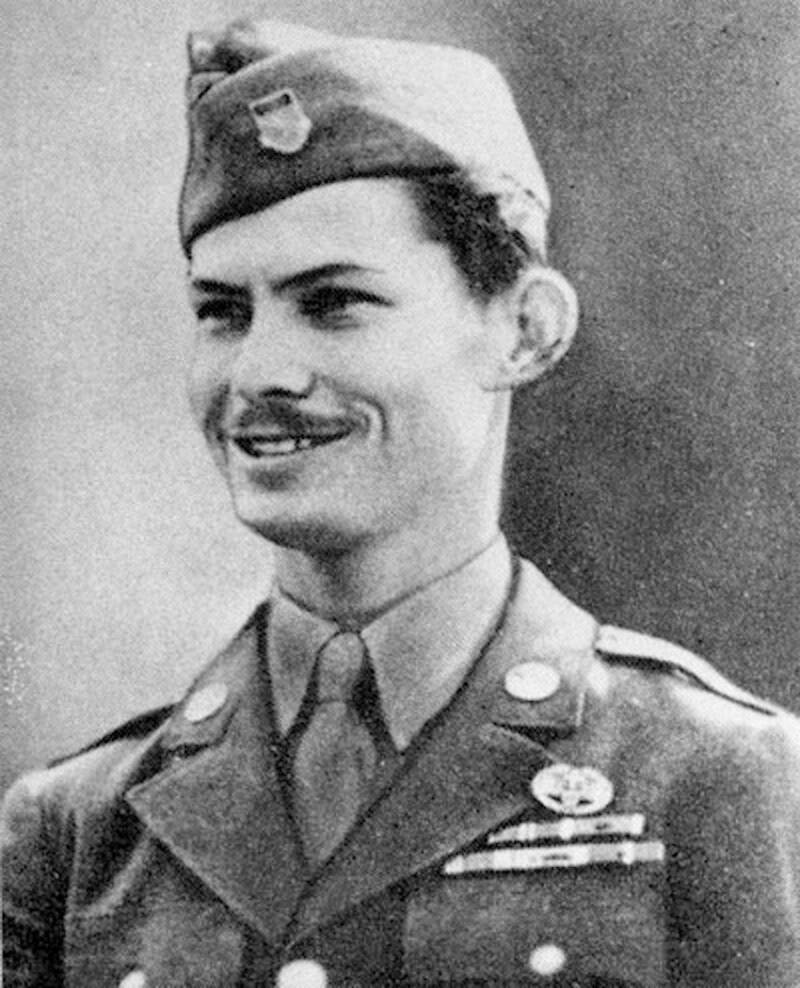 Wikimedia CommonsDesmond Doss was famously portrayed in the movie Hacksaw Ridge, but his true story is even more incredible.

From a young age, Desmond Doss, born on February 7, 1919, radiated the kind of empathy that he’d display as a soldier later in life.

When he was just a child, for example, he once walked six miles to donate blood to an accident victim — a complete stranger — after hearing about the need for blood on a local radio station. A few days later, Doss traveled down the same long stretch of road to give even more blood.

Around the same time, Doss also developed a hatred of weapons that would persist throughout his entire life, even during his time in combat.

Doss’ hatred of weapons stemmed from his religious beliefs as a Seventh-day Adventist, and from watching his drunken father pull a gun on his uncle during an argument. His mother had managed to confiscate the .45 pistol from her husband and told the young Doss to run and hide it. He was so shaken, he vowed that was the last time he would ever hold a weapon.

Instead, Doss spent his childhood doing things like flattening pennies on the railway near his Lynchburg, Virginia home and wrestling with his younger brother, Harold. He said that Desmond wasn’t much fun to wrestle with because you could never win — not because Desmond was particularly skilled, but because he’d never surrender and didn’t know how to give up.

Years later, this physical resilience would come in handy during his time in the military. And it would also help him earn the Medal of Honor.

A Conscientious Objector In The U.S. Military 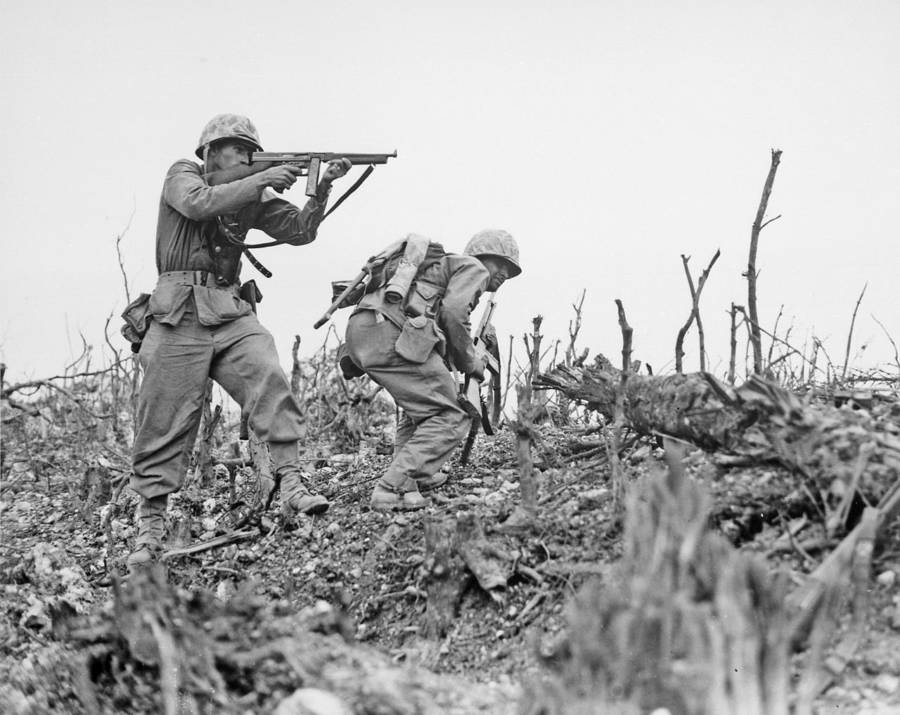 Wikimedia CommonsMarines in combat during the Battle of Okinawa. May 1945.

At age 18, Doss dutifully registered for the draft and worked at a shipyard in Newport News, Virginia. When World War II broke out, Doss jumped at the opportunity to aid the cause and serve his country during the conflict.

But the fact that he refused to carry a weapon — let alone kill anyone — earned him the widely unflattering label of “conscientious objector.” It was a label that Doss hated, and instead of flat-out refusing to perform military service, he insisted that he work as a medic. The Army assigned him to a rifle company instead, in hopes that he’d just leave the military.

“He just didn’t fit into the Army’s model of what a good soldier would be,” said Terry Benedict, a filmmaker who made The Conscientious Objector, a documentary about Doss, in 2004.

Doss appealed the Army’s decision up through the ranks until they begrudgingly decided to make him a medic. But his fellow soldiers in training camp still couldn’t understand why Doss was there in the first place.

They teased him mercilessly to “man up” and carry a rifle. Some of them also launched their boots and other objects at him while he was praying by his bunk at night. And one even threatened him, “Doss, when we get into combat, I’ll make sure you don’t come back alive.”

Many of the soldiers hated him for getting a pass on the Sabbath because it was against his religion to work on his holy day — never mind that the officers gave Doss all the worst work to complete by himself on Sundays.

Nobody wanted to be friends. Friends had each other’s backs. Without a defense weapon, the others insisted, Doss was useless to them.

Doss not only dismissed their cruel behavior, but he also rose above it. He believed that his purpose was to serve both God and his country. All he wanted was to prove those two tasks weren’t mutually exclusive.

Inside The True Story Of Hacksaw Ridge 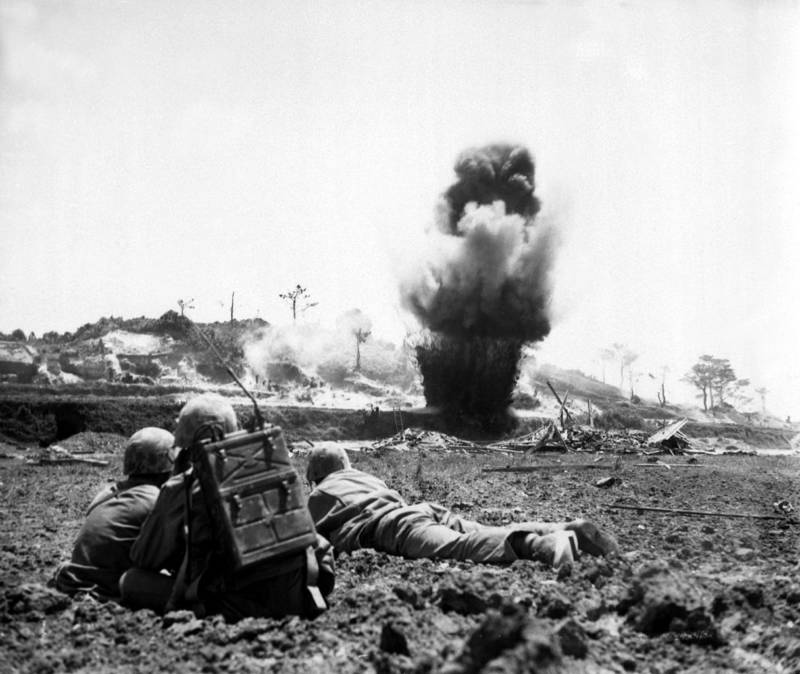 Wikimedia CommonsMarines destroy a Japanese cave during the Battle of Okinawa. May 1945.

Then came the battle at the Okinawa Maeda Escarpment, or what the Americans called “Hacksaw Ridge.” It fell on May 5, 1945, a Saturday — which was Doss’ day of Sabbath. It was a particularly grueling onslaught with artillery coming so fast and furious that it was literally ripping men in half.

The Japanese army’s plan of waiting until all of the Americans reached the plateau to open fire created a devastating amount of wounded soldiers. But the Japanese didn’t know that the Americans had Desmond Doss.

In an act that still astounds the surviving members of Doss’ company today, the fearless medic held his ground at the plateau. Amidst never-ending gunfire and mortar shells, Doss treated the wounded American soldiers that others may have left for dead. And even when his own life was at risk, he was determined to save as many men as he possibly could.

Hour after hour, as explosions rang constantly in his ears, he tied countless tourniquets. Covered from head to toe in blood not his own, Doss crawled and dragged each injured member of his company to the edge of the ridge and carefully lowered them down. For more than 12 hours, he labored under fire and saved an incredible amount of human lives.

Knowing that some Japanese soldiers sometimes tortured wounded U.S. soldiers, Doss refused to leave a single man on top of the ridge.

Not only did Doss leave no man behind, but he also — miraculously — escaped with his own life and avoided any serious injury. Doss would later claim that God had spared his life on that fateful day. And according to The Conscientious Objector, Japanese soldiers repeatedly had Doss in their sights, only to have their guns jam at the last moment.

Two weeks later, Doss was in battle again a few miles away from the escarpment when a Japanese grenade landed in a foxhole containing Doss and some of his patients. He attempted to kick the grenade away, but it detonated. Doss ended up with deep shrapnel lacerations all down his legs.

He treated himself for shock and dressed his own wounds, rather than having another medic emerge from safety to help. Five hours later, someone finally arrived with a stretcher. But when Doss saw a soldier in need, he rolled off, surrendered his stretcher, and started patching up his comrade.

While Doss was waiting for more help to arrive, a sniper suddenly shot and shattered all of the bones in his left arm. (Hacksaw Ridge director Mel Gibson left this part out of the film because he felt that it was so heroic that audiences wouldn’t even believe that it had really happened.)

Doss then crawled 300 yards to the aid station without accompaniment. He didn’t realize it then, but he’d lost his Bible on the battlefield.

The Heroic Legacy Of Desmond Doss 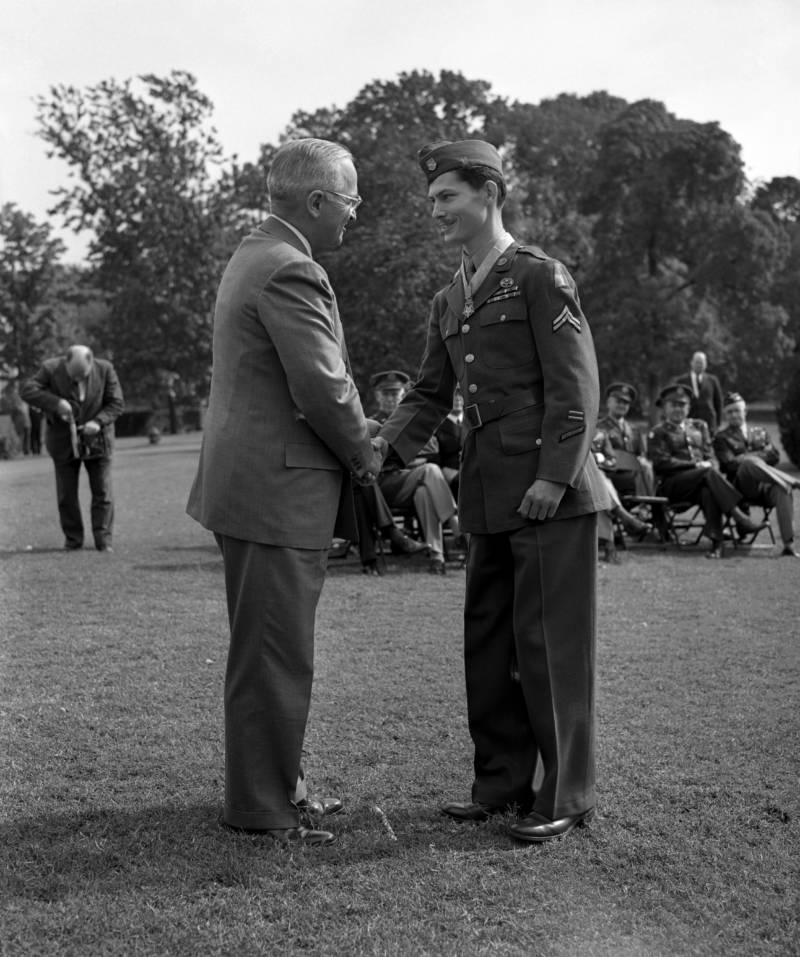 Bettmann/Getty ImagesDesmond Doss shakes hands with President Harry S. Truman after receiving the Medal of Honor during a ceremony at the White House on October 12, 1945.

After this amazing display of bravery and heroism, Doss finally won the full respect of his fellow soldiers. His commanding officer came to the hospital and told him he’d earned the Medal of Honor for his service, making him the first and only conscientious objector to do so during World War II.

Still, Doss always preferred the title “conscientious cooperator” over “conscientious objector,” especially since he believed that the war was a just one. But even though many still referred to him by the latter title, it was clear that the moniker had taken on a new meaning.

Upon awarding Doss his Medal of Honor, President Harry Truman reportedly said, “I’m proud of you. You really deserve this. I consider this a greater honor than being president.”

The commanding officer also brought Doss a gift: a slightly burned, soggy Bible. After the U.S. captured the area from the Japanese, every able man in the company combed through the rubble until they found it.

In response to receiving the medal, Doss once again highlighted his unwavering faith: “I feel that I received the Congressional Medal of Honor because I kept the Golden Rule that we read in Matthew 7:12. ‘All things whatsoever ye would that men should do to you, do ye even so to them.'”

Forever marked by the scars from the war, Desmond Doss lived to be 87 years old. But the true story of Hacksaw Ridge will continue to live on, honoring the man who saved 75 lives, all while risking his own.