"It was this glass bottle full of nails...We thought it was unusual, but weren't sure what it was." 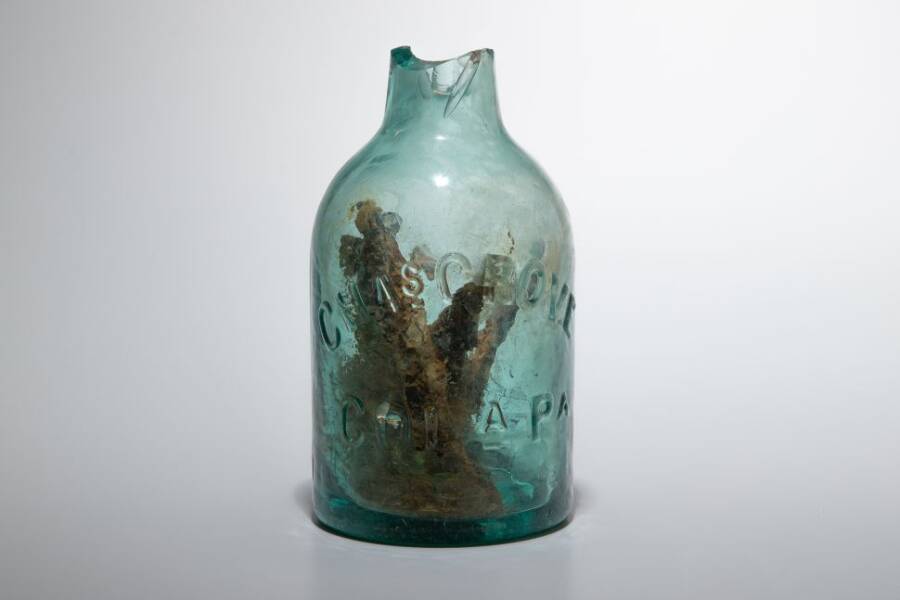 Robert Hunter/William & Mary Center for Archaeological ResearchThe bottle is in remarkable shape, save for the broken top. It contained a ball of corroded nails.

A 2016 dig at a Civil War-era mini-fortification known as Redoubt 9 near Williamsburg, Virginia yielded a ritual item experts now believe to have been a “witch bottle.”

The defensive, historical structure’s remains now lie on a highway median between exits 238 and 242 on Interstate 64 in York county.

According to researchers from William & Mary University — which conducted the dig in partnership with the state’s Department of Transportation — jugs like this were once used to ward off evil spirits. According to CNN, the idea was that its contents would trap these spirits and protect its owners.

For director of the university’s Center for Archaeological Research (WMCAR) Joe Jones, it wasn’t initially clear what his colleagues had found.

“It was this glass bottle full of nails, broken, but all there, near an old brick hearth,” said Jones. “We thought it was unusual, but weren’t sure what it was.”

Discovered next to the remains of a hearth built by Union troops between 1862 and 1865, the nails inside had “corroded into a ball.” The broken-off top was seemingly the only significant damage the artifact had endured in the last 150 years.

The dig itself was conducted when it became clear that a Transportation Department project on Interstate 64 might damage or destroy any undiscovered artifacts in the area — a very real possibility considering that Redoubt 9 had been occupied by both Confederate and Union during the war.

Experts initially wondered whether the bottle might’ve been used as a vessel to hold nails, but numerous factors pointed toward a more superstitious use.

“Witch bottles are the type of things people would use more generally in famine, political strife, or feeling under threat,” said Jones. “The Union troops were definitely under all those kinds of existential threats or fears.” 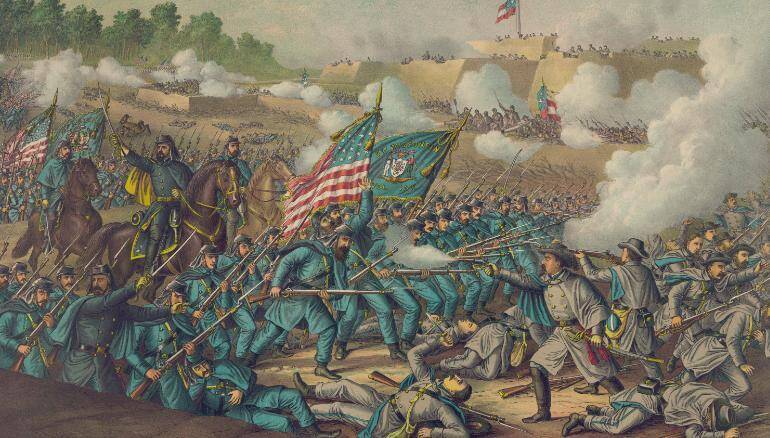 Library of CongressA painting depicting the Battle of Williamsburg in 1862. The Union occupied the area after defeating the Confederates.

Though Jones is adamant that the bottle’s use remains merely a theory, the location, contents, and historical context of the find have him rather convinced.

Previous research showed, after all, that these bottles have been commonly found near hearths and chimneys and used for this specific purpose.

“They are placed near a hearth so the heat of the fire heats the nails, which helps trap and hold evil spirits,” said Jones.

The bottle, which is labeled “Charles Grove of Columbia, PA,” is one of fewer than a dozen found in the United States. In the United Kingdom, meanwhile, about 200 have been found in total.

Most recently, one containing human teeth, fish hooks, and a mysterious liquid were discovered during roof repairs on the former home of 18th-century witch Angeline Tubbs. 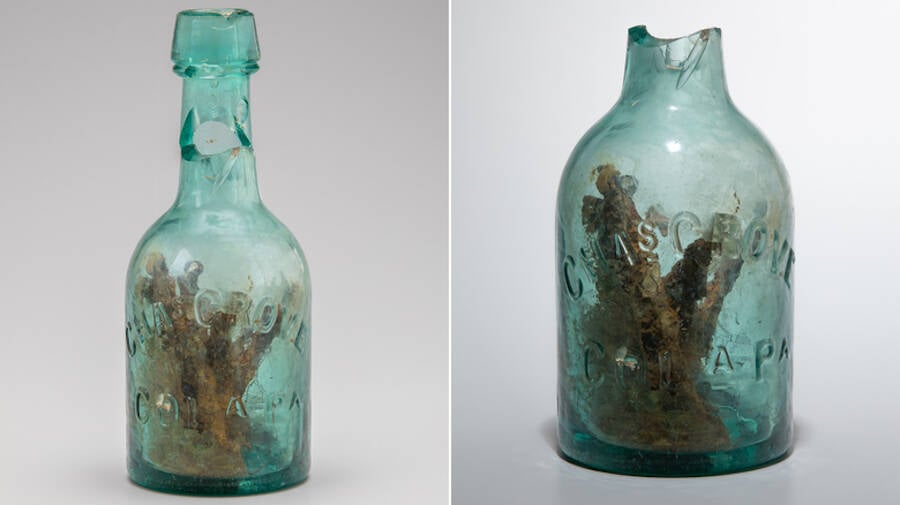 Robert Hunter/William & Mary Center for Archaeological ResearchAbout 200 witch bottles have been found across the United Kingdom, while fewer than a dozen have been unearthed in the U.S.

Whoever this particular bottle belonged to, Jones explained, was scared enough of being killed in battle to actually use one.

With the 5th Pennsylvania Cavalry Regiment being under regular threat from Confederate troops, one could see how even metaphysical solutions like witch bottles would start to be considered under fear of death.

“Given the perceived threat of Confederate attack and general hostility of local residents, he had good reason to pull all the stops and rely on folk traditions from his community in Pennsylvania to help protect his temporary home away from home,” Jones explained.

As the age-old maxim reminds us, there are no atheists in foxholes. While some in modern-day warfare might say a prayer, those embattled in Virginia during the Civil War opted for witch bottles.

After learning about the Civil War-era witch bottle discovered near Williamsburg, Virginia, read about the historical origins of the witch. Then, learn about America’s darkest hour in 39 haunting photos of the Civil War.