The bottle contained human teeth, fish hooks, and a mysterious liquid. It was found during roof repairs on the former home of Angeline Tubbs — a so-called witch of the 18th century. 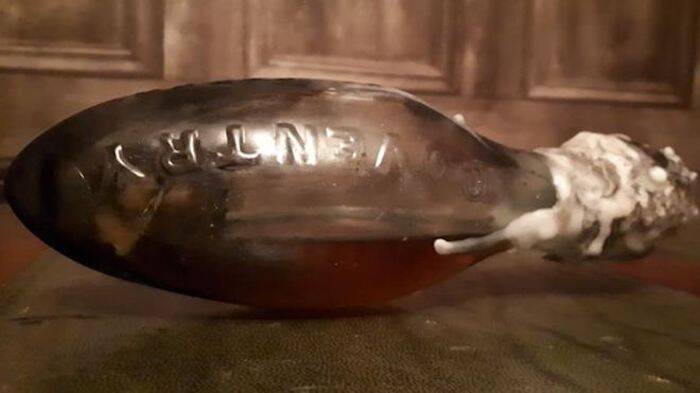 BBCProduction of this type of bottle began in the 1830s, long after Angeline Tubbs left England.

You won’t find the meaning of life at the bottom of a pint glass, but you might discover a bottle from the 1800s used to ward off witch spells near a bar. At least, according to the BBC, the owner of a former English pub was lucky enough to do so.

Discovered at the birthplace of Angeline Tubbs — otherwise known as the Witch of Saratoga — the Victorian bottle was found during roof repairs at the former Star and Garter Inn at Watford Village in Northamptonshire.

The alleged witch was born in 1761, and remains the primary subject of ghost tours in New York’s Saratoga Springs to this day. While Tubbs grew up on the same property this bottle was found, she left England at age 15.

After moving to America at the dawn of its independence, Tubbs began telling fortunes for a living. Legend has it that she was a “mysterious and uncertain character” surrounded by a brood of cats — her only companions. 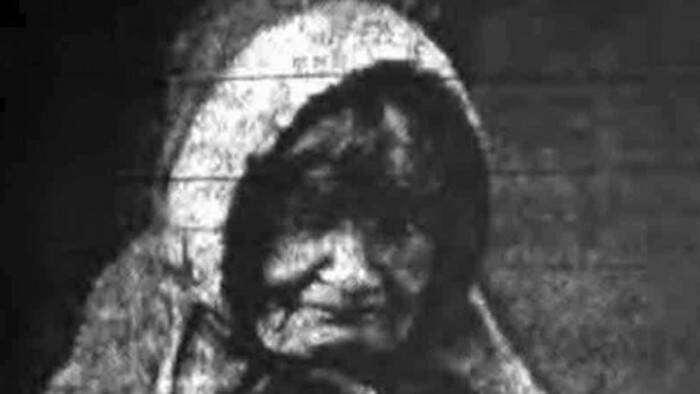 Saratoga Springs Public LibraryAngeline Tubbs grew up on the same property this bottle was found, but left England as a teenager.

As the book Reminiscences of Saratoga and Ballston puts it:

In traversing the country and the village, she uniformly wore a red cloak with a hood; a handkerchief, in imitation of a turban, was bound upon her head, over which she brought the hood in foul weather. Indeed, from her appearance and occupation it was fortunate for herself that she lived more than a century after the tragedies enacted by our Puritan ancestors at Salem.

Even more fortunate? She is said to have lived to be 104 years old — quite a feat for that time. However, just because she was lucky enough to be left alone didn’t mean that people had stopped fearing witches in the 1800s.

Case in point: the recently discovered bottle. This artifact is thought to have served believers in their quest to ward off evil spells. According to The Week, it contained fish hooks, human teeth, glass, and an unidentified liquid.

Production of this type of bottle began in the 1830s, long after Angeline Tubbs had moved to America. Nonetheless, its contents are unnerving — and indicate a fear of witchcraft.

It was only when the building’s chimney was being demolished that the mysterious glass vessel presented itself. The property’s current owner wished to remain anonymous, but already has some interesting prospects for the future.

“I will probably hide it away again for someone to find in another 100 years or so,” he said.

Researchers at the Museum of London Archaeology explained that stone and glass vessels were commonly used as protection, or as containers of cures against witchcraft.

They’ve previously been found beneath the floors of historic buildings, churchyards, riverbanks, and on archaeological sites. While they typically contain nails or pins, some have been found filled with urine. 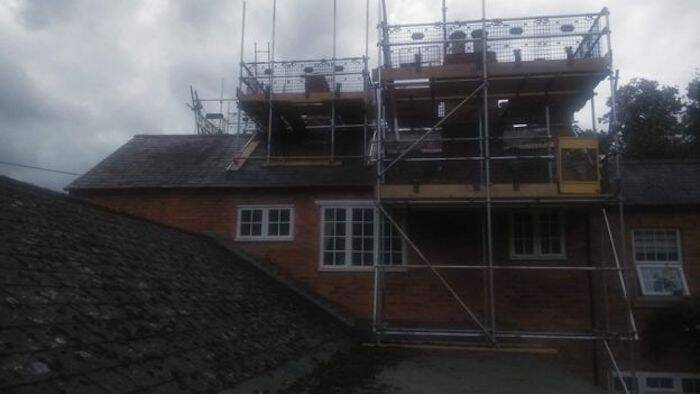 BBCThe mysterious bottle was found during roof repairs, when the chimney of the former pub was being demolished.

Over 100 recorded examples have been found, with most of them dating from the 17th century. Up to 300 people in eastern England alone were executed between 1644 and 1646, on the suspicion of having engaged in witchcraft.

It took nearly a century until the laws against witchcraft were repealed in 1736.

Since this particular bottle is torpedo-shaped, dating it is a much simpler affair — these varieties were simply not made before 1830. Dr. Ceri Houlbrook of the University of Hertfordshire thus believes the remarkable find was produced much later than Tubbs’ childhood spent on the property.

“It’s certainly later than most witch bottles, so sadly not contemporary with Angeline Tubbs, but still a fascinating find,” said the lecturer in folklore and history.

While witchcraft in the United States is most commonly understood in reference to the Salem Witch Trials in New England, the worst witch trial in history actually took place in Spain. Meanwhile, Scotland has reckoned with its own history of pseudo-scientific persecution of women as well.

In the end, the bottle is certainly an exciting find. For a new homeowner who didn’t anticipate garnering a priceless historical relic as part of the deal, it’ll certainly be a welcome, additional perk.

After learning about the anti-witchcraft potion being found at the former home of an 18th-century witch, read about the historical origins of the witch and how female healers became seen as demons. Next, learn about the six logical explanations for the hysteria that caused the Salem Witch Trials.