The Most Colorful Gypsy Caravans 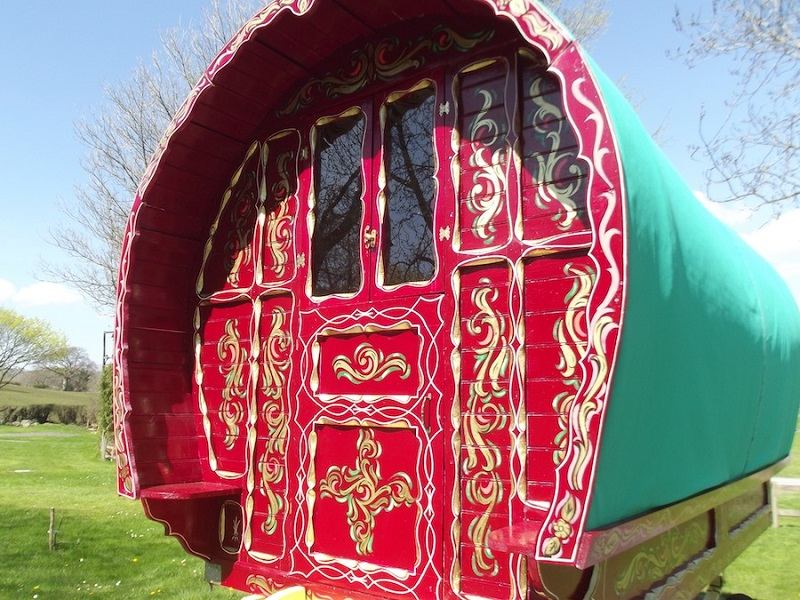 In the mid-19th century, nomadic groups like the gypsies, now called Roma, used wagons as housing since it allowed them to easily move from location to location. While many contemporary Roma individuals have permanent homes, Romani wagons are making a comeback among individuals who hope to reconnect with their rich, wandering heritage and enjoy the great outdoors. 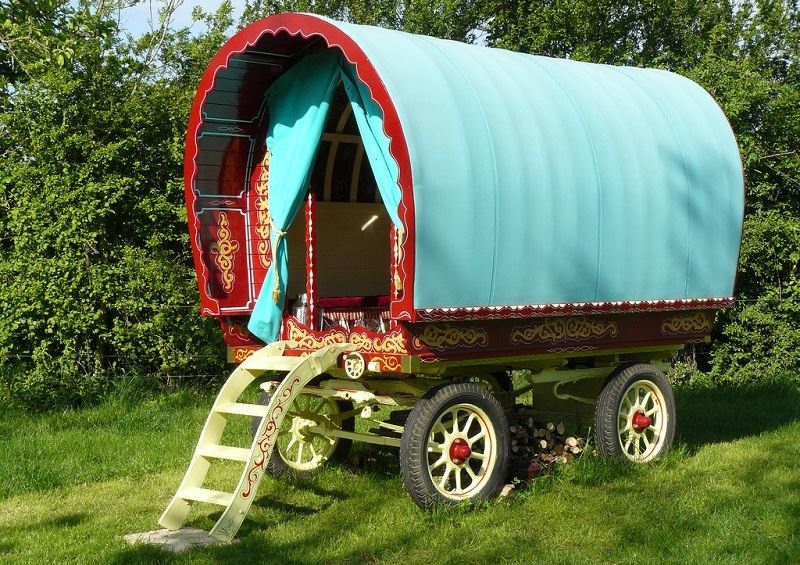 After facing centuries of persecution, contemporary Roma rarely invite outsiders into their way of life. Instead, many carry out secretive, removed lives in communities where people share their Romani customs, beliefs and traditions. Recently, some reality television shows have allowed the general population to catch a glimpse of the Romani lifestyle. Of course, these shows slice and dice truth in editing labs, and therefore only touch on the tip of the Romani culture iceberg. 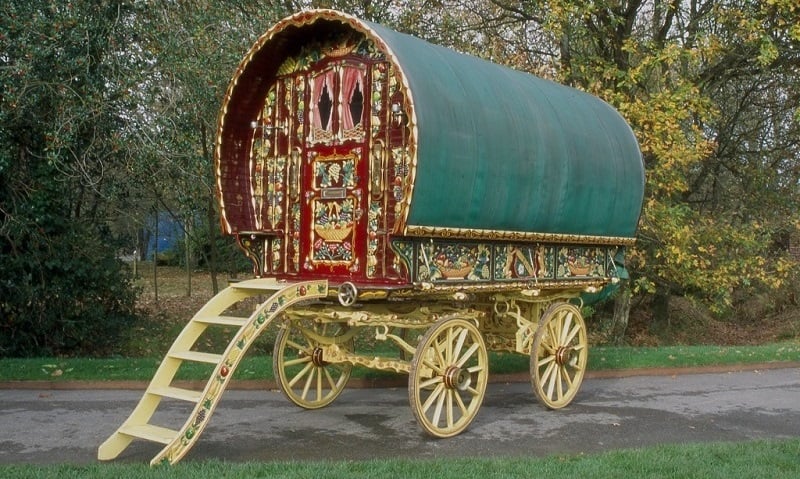 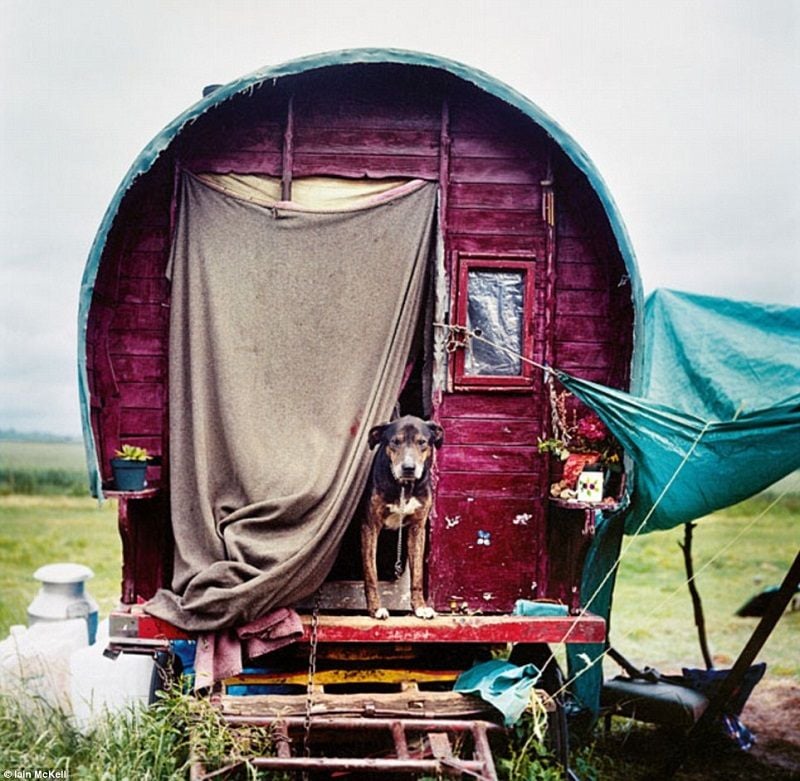 Roma caravans, also known as vardos, were traditionally horse-drawn wagons used first by the British Romani. They come in a variety of shapes, sizes and colors, many of them a visual representation of the ornate, colorful aesthetic often associated with Romani culture. 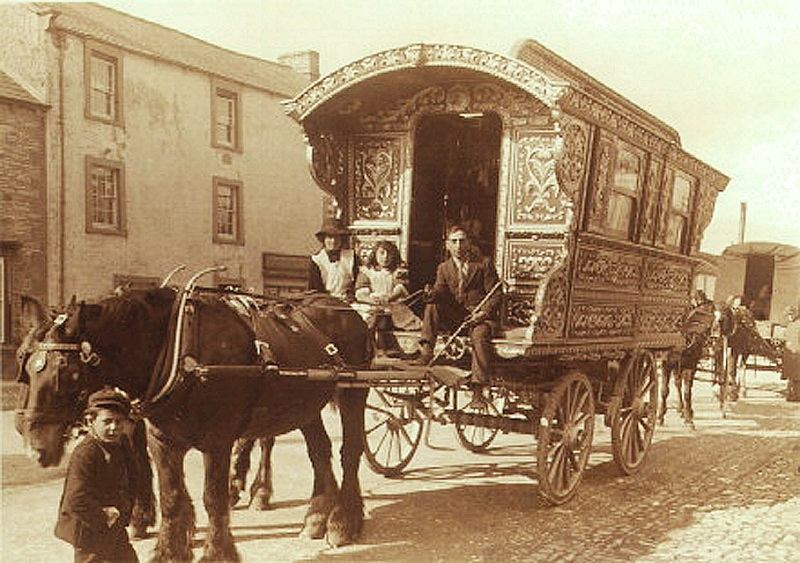 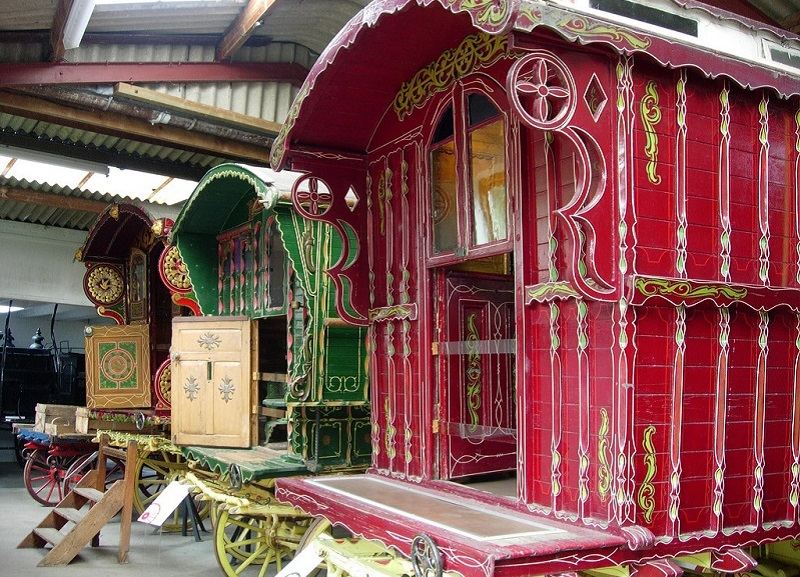