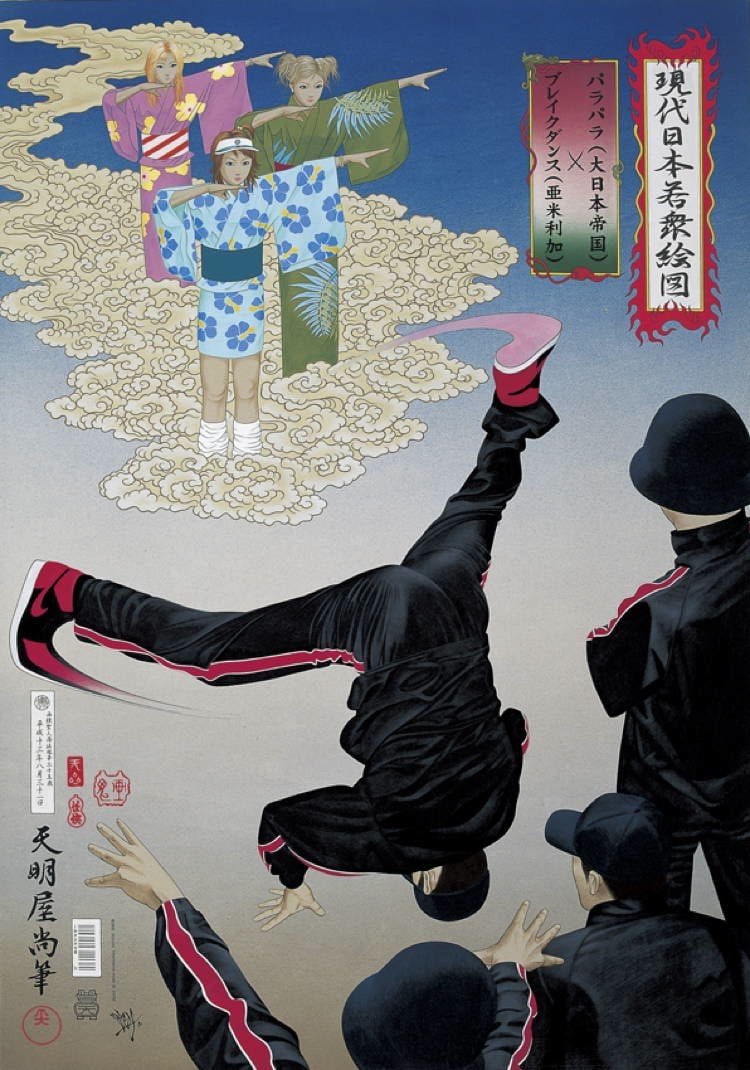 Hisashi Tenmyouya describes his work as “Neo Nihonga” (literally translated  as “New-Japanese-Style”) and is known for his confrontational fusion of traditional Japanese artistic techniques and modern cultural references.

Born in Tokyo in 1966, he started his career working in the music industry as an art director for a record company and doing magazine illustrations. Since becoming more established, his paintings have markedly increased in value. Just recently, Tenmyouya’s “Kamikura Nine Samurai” painting (the one with the Buddha) sold for $136,000. 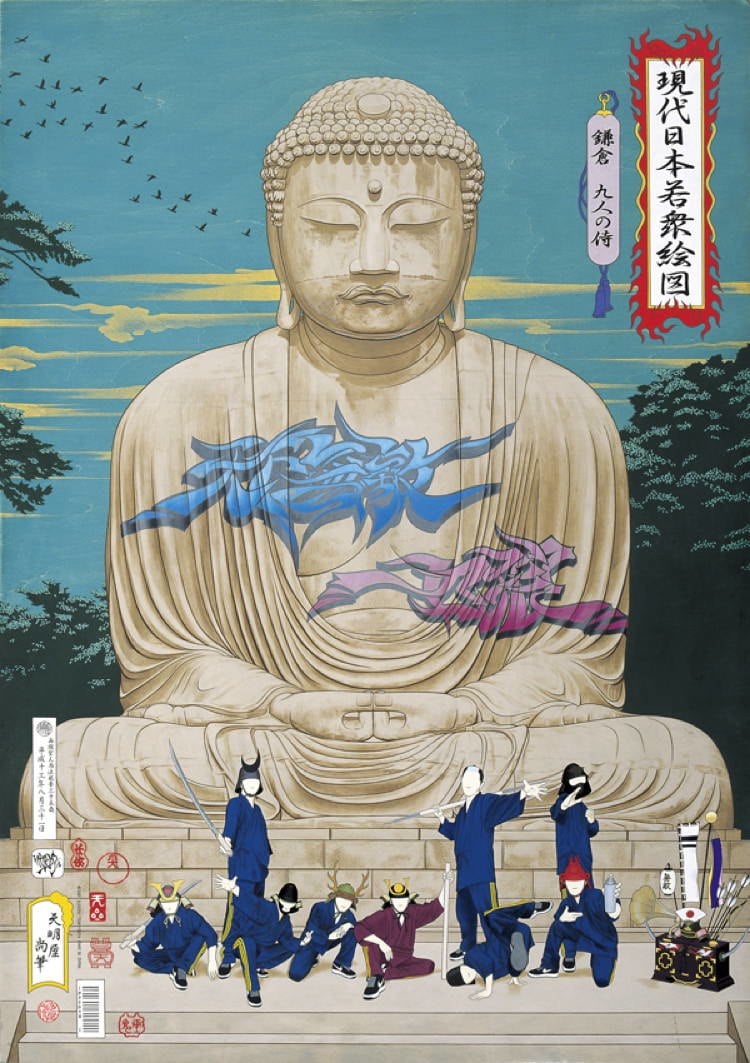 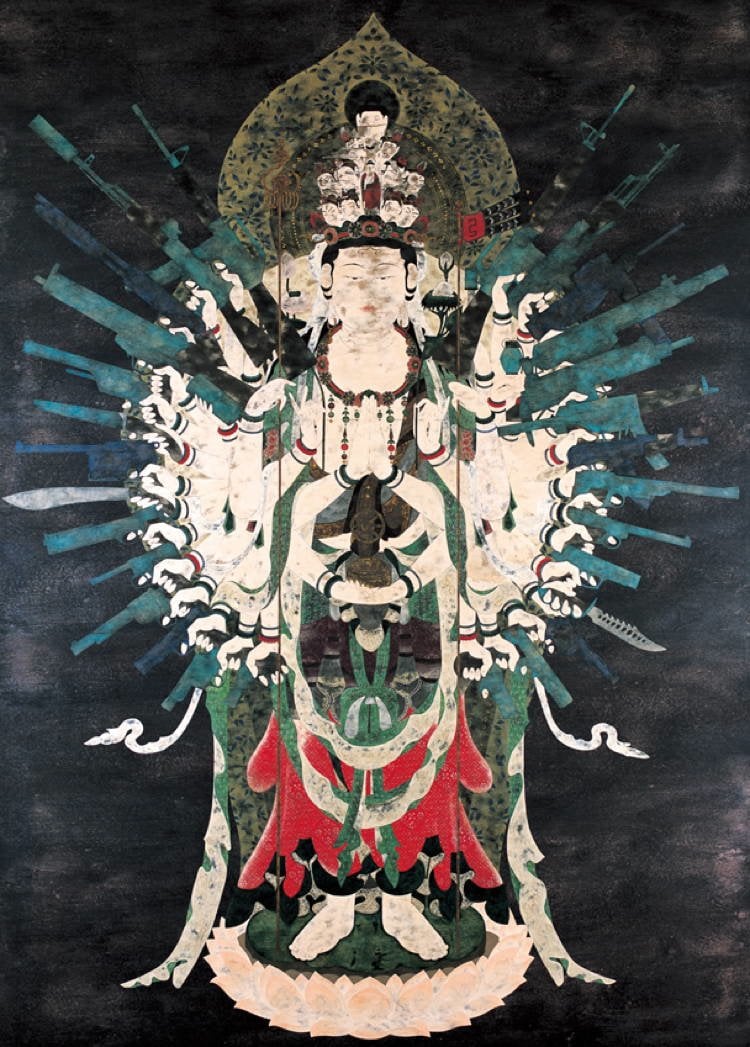 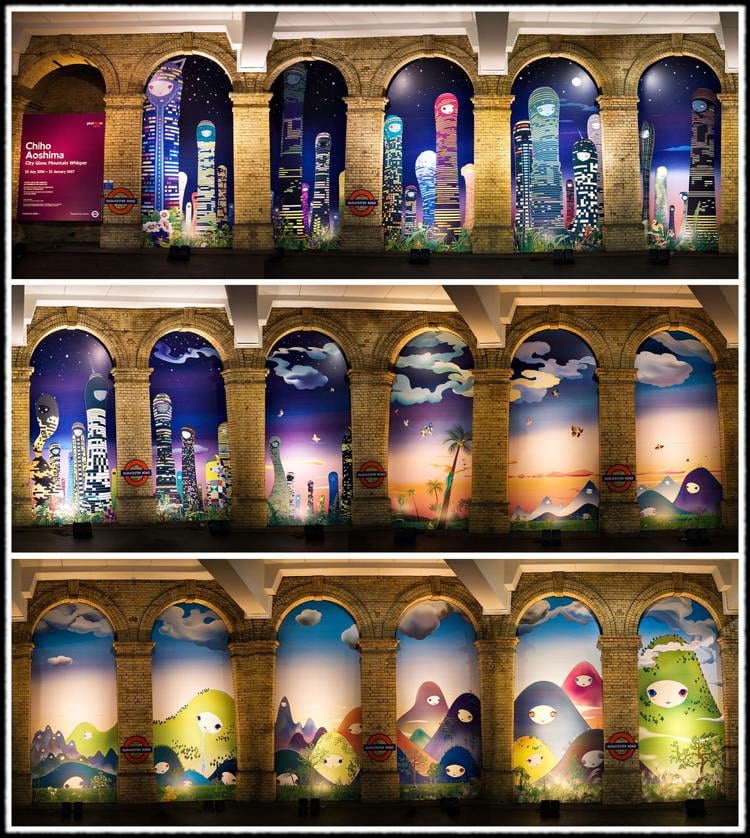 Chiho Aoshima is a part of the Kaikai Kiki artistic collective formed by Takashi Murakami. Having never formally studied art, she began her life as an artist in Murakami’s studio factory.

Also embracing the Superflat aesthetic, Aoshima’s work includes surreal dreamscapes, one of which was displayed as part of a 2006 installation on a disused platform of London’s Gloucester Road Tube Station. 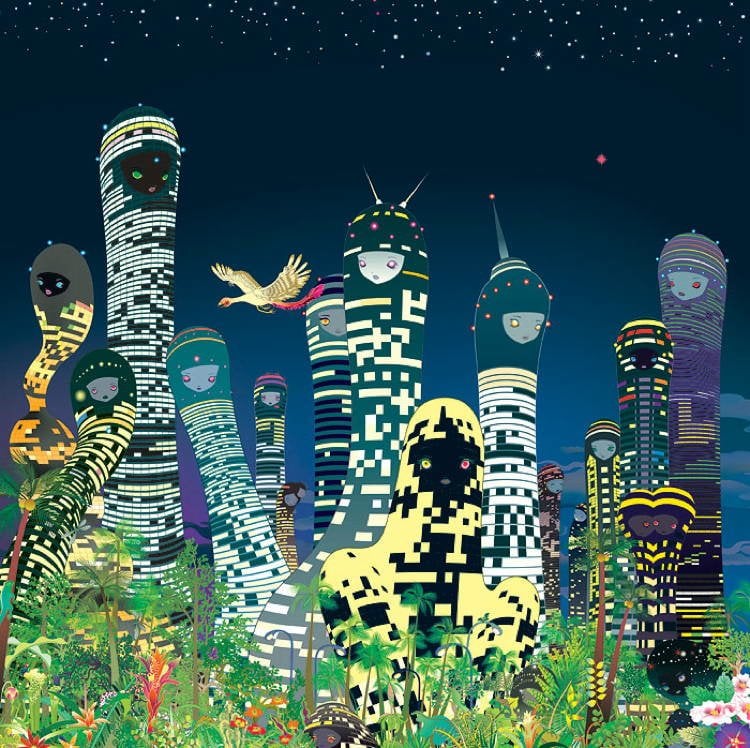 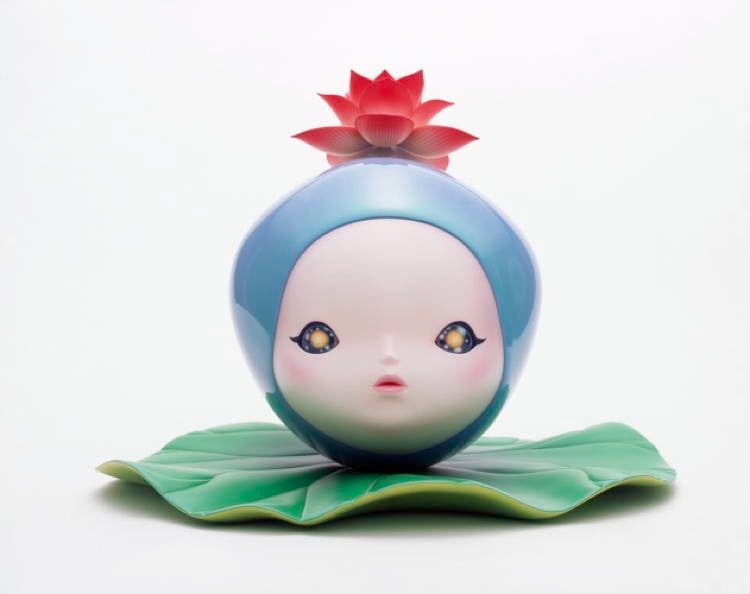