The Coolest National Parks In The United States 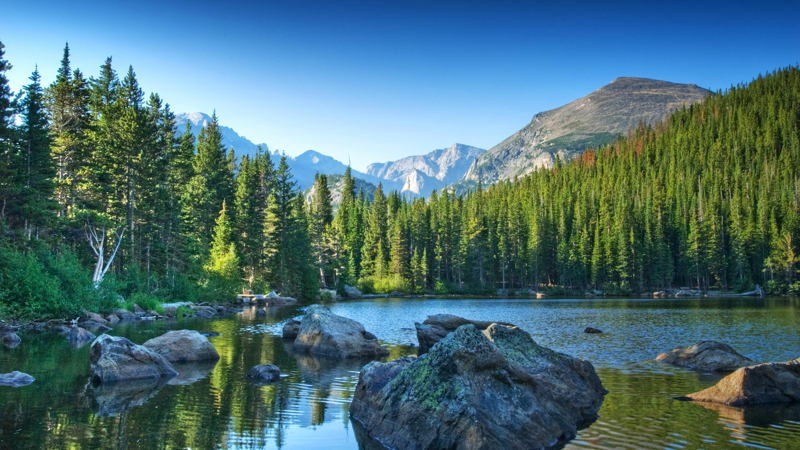 Rocky Mountain National Park in Colorado was the tenth national park to be established. Protected in 1916, the park incorporates 415 square miles of hiking trails with meadows and wildlife viewing opportunities. The park is separated by the Continental Divide, which gives the two halves different attributes. The eastern side of the park is drier and displays more erosion from glacial movement, while the western side is more forested. 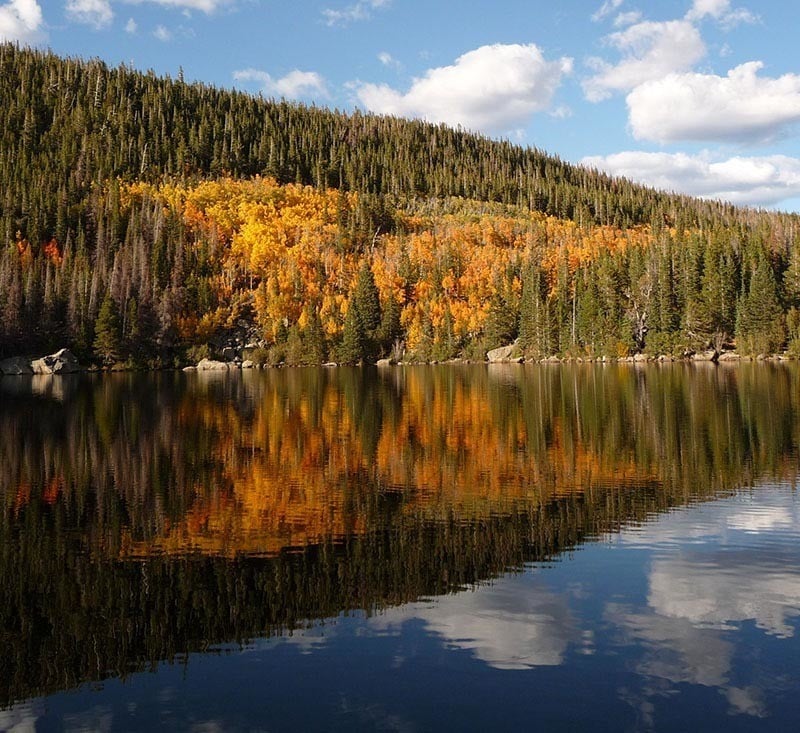 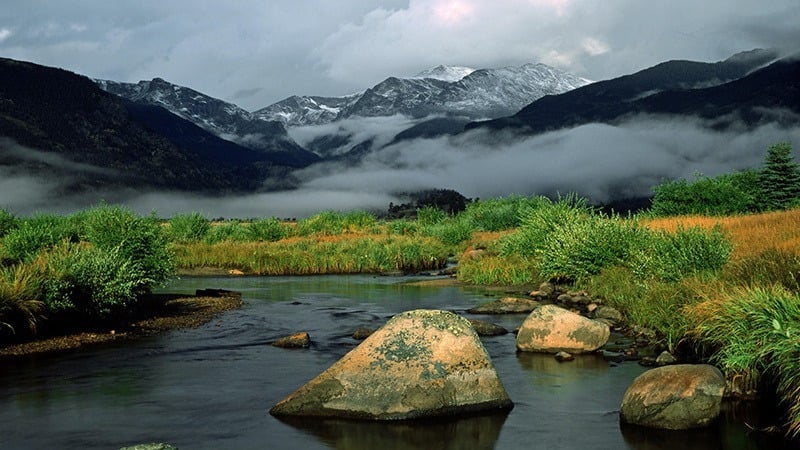 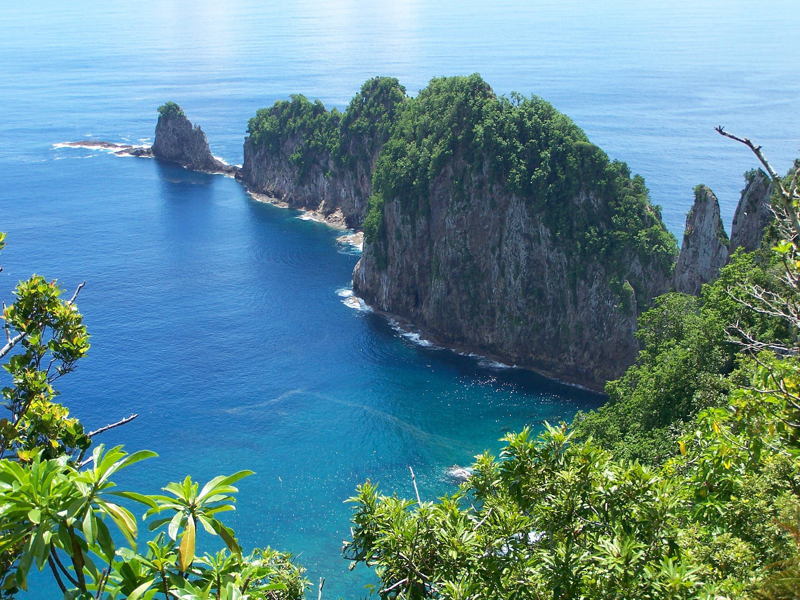 Way off the beaten path is American Samoa National Park, which lies in the American Territory of American Samoa and stretches across three islands: Tutuila, Ofu and Ta’ū. The park is the only American national park below the Equator. It protects not only island land, but also coral reefs and Samoan culture. Access to Ofu and Ta’ū is only by boat or plane. 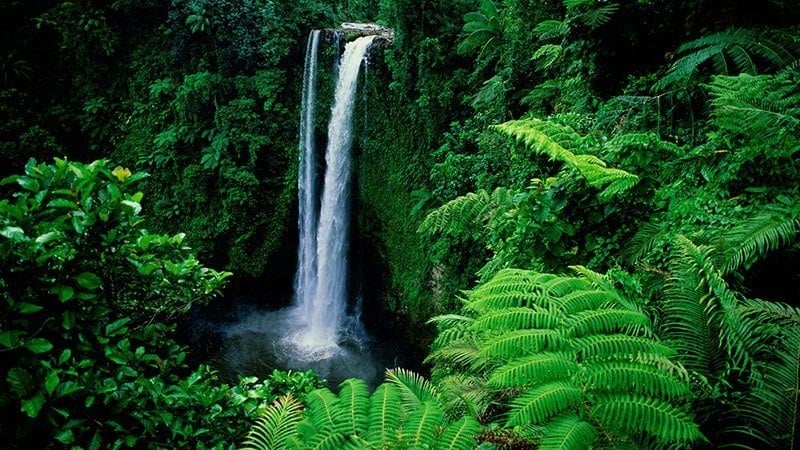 The islands are mostly covered in tropical rainforests that house three native bat species and native geckos, boa constrictors and skinks. Any time of year is a beautiful time to visit due to American Samoa’s location near the Equator. With its 950 species of fish, acres of coral reef and humpback whales, it’s an ideal spot for scuba divers and boaters. 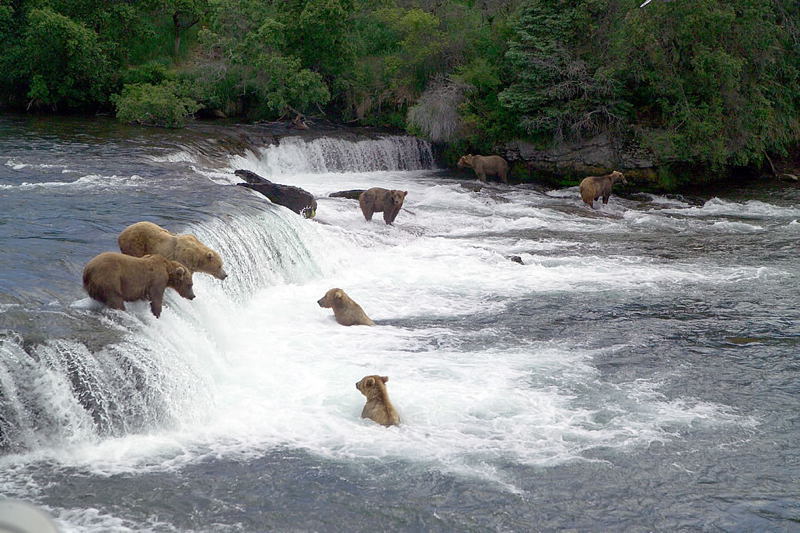 Katmai National Park in Alaska was created in 1918 to preserve and protect the volcanic region surrounding Mount Katmai and the Valley of Then Thousands Smokes. People have inhabited the region for at least 9,000 years and the park looks after important archaeological sites and historic structures. Katmai is also home to hundreds of birds, invertebrates and 42 mammals, including brown bears. The park is one of the best places to view grizzly bears in action as they congregate around Brooks River to catch sockeye salmon. 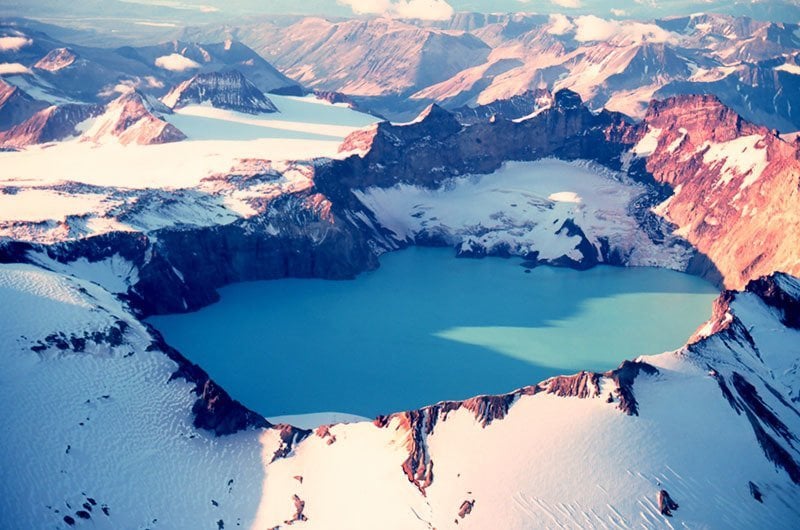 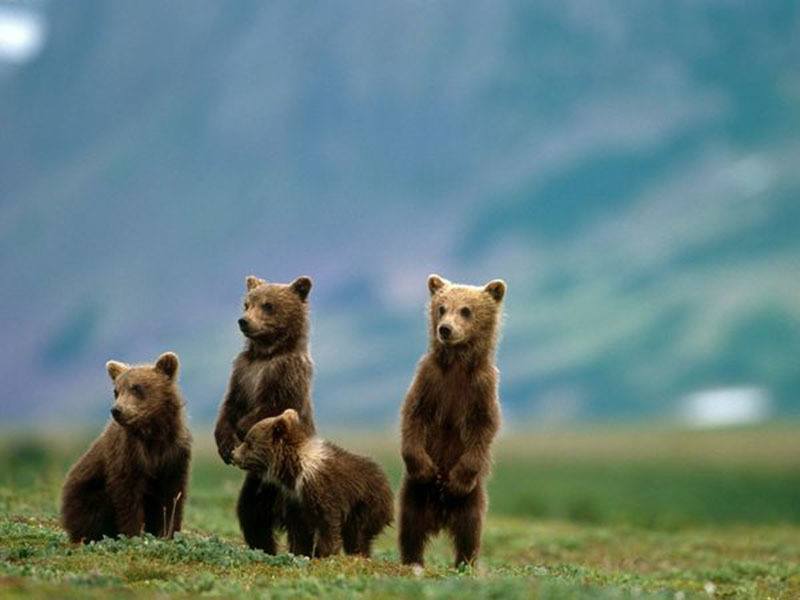 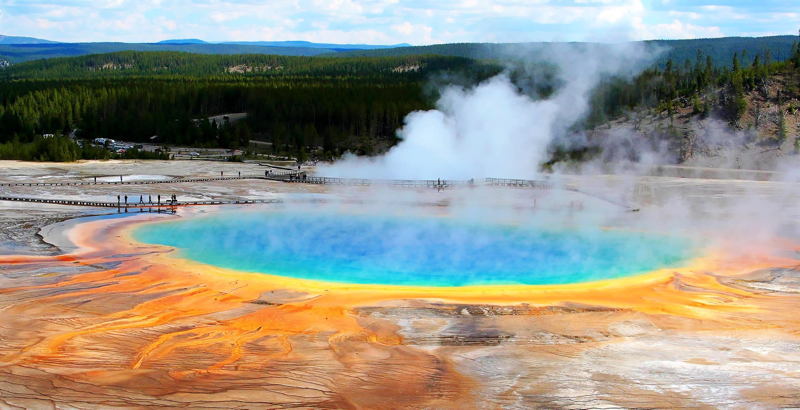 One of the last, nearly intact, natural ecosystems in the Earth’s temperature zone is protected by Yellowstone National Park in Wyoming (with small portions in Montana and Idaho), which also preserves many geysers, including Old Faithful, which erupts almost every 91 minutes. 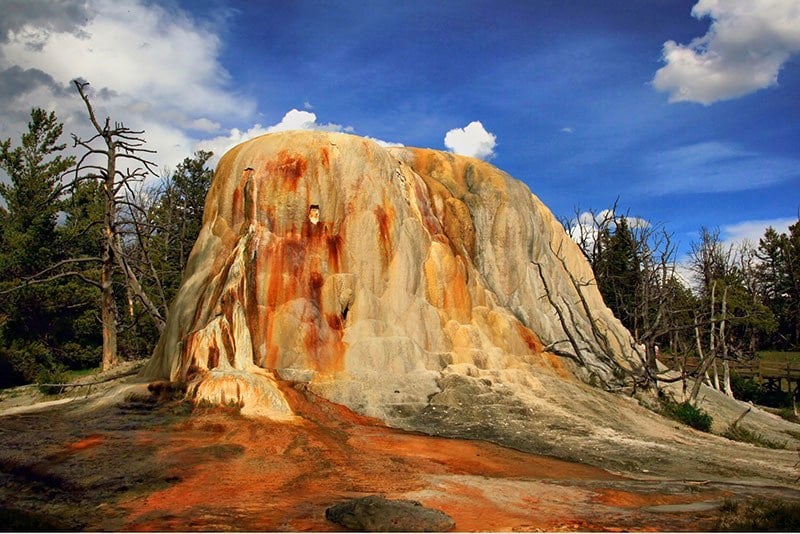 Yellowstone was established as the first national park in the world in 1872 with the intention of protecting the geothermal areas within the park, but it soon came to shelter 62 mammal species, 330 species of birds and 16 species of fish. The really interesting life forms in Yellowstone aren’t visible to the naked eye, though. They are microscopic organisms that thrive in hot and acidic environments, like the geothermic pools in the park. 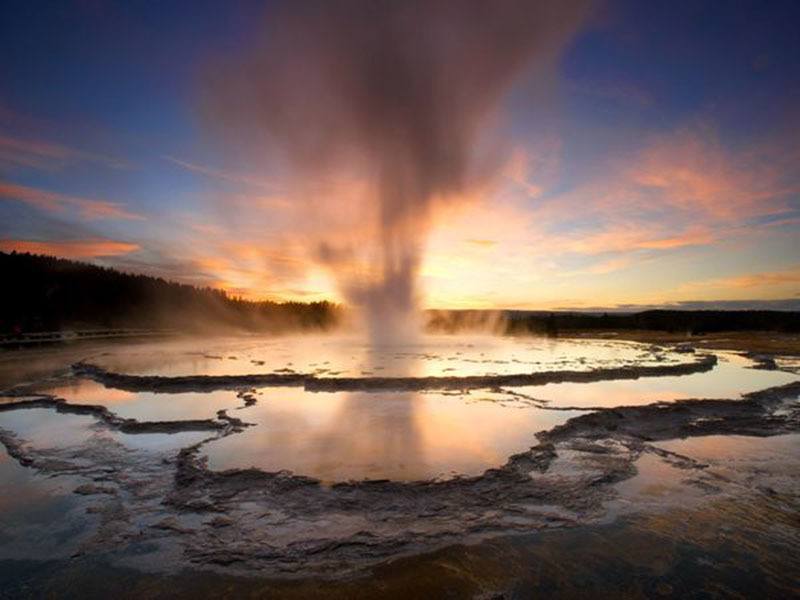 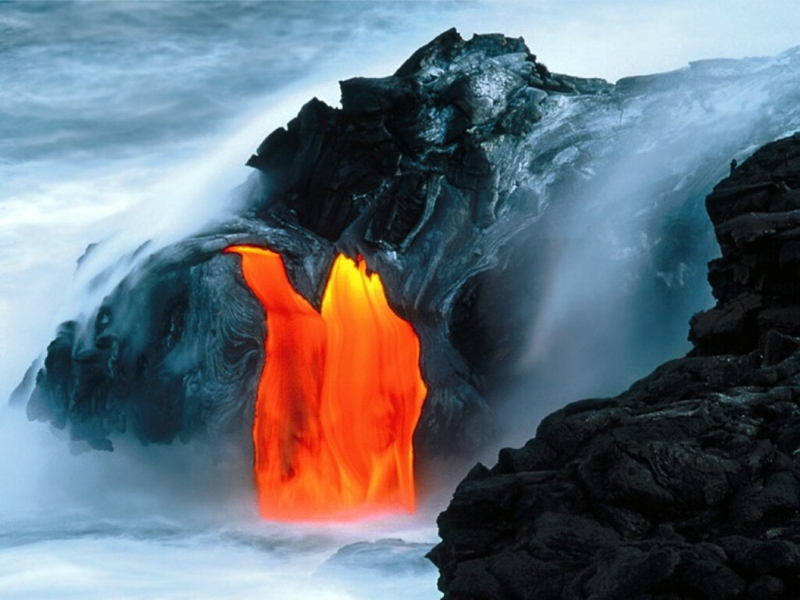 The Kilauea volcano rises from the island of Hawaii and towers over the diverse landscape, a testament to the unpredictability of nature. One of the most active volcanoes in the world, it is the centerpiece of Hawaii Volcanoes National Park, which is also home to Mauna Loa, an active volcano that last erupted in 1984. Kilauea spews 250,000 to 650,000 cubic yards of lava each day and is referred to as a “drive in volcano”. 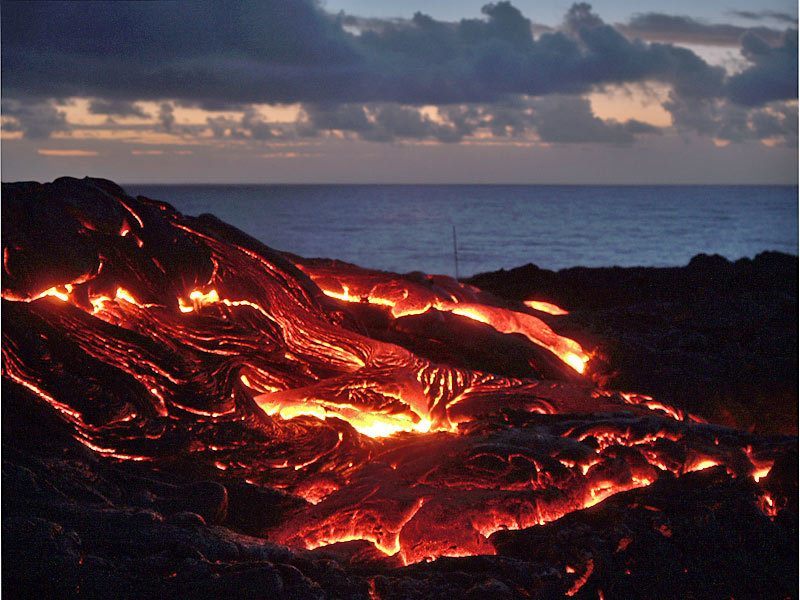 Visitors can also hike on 150 miles of trails that cover scalded earth, rainforests and volcanic craters. With a little patience and focus, one might even come across the a’e fern that only grows from hardened lava, proof that life can thrive even in the face of adversity. 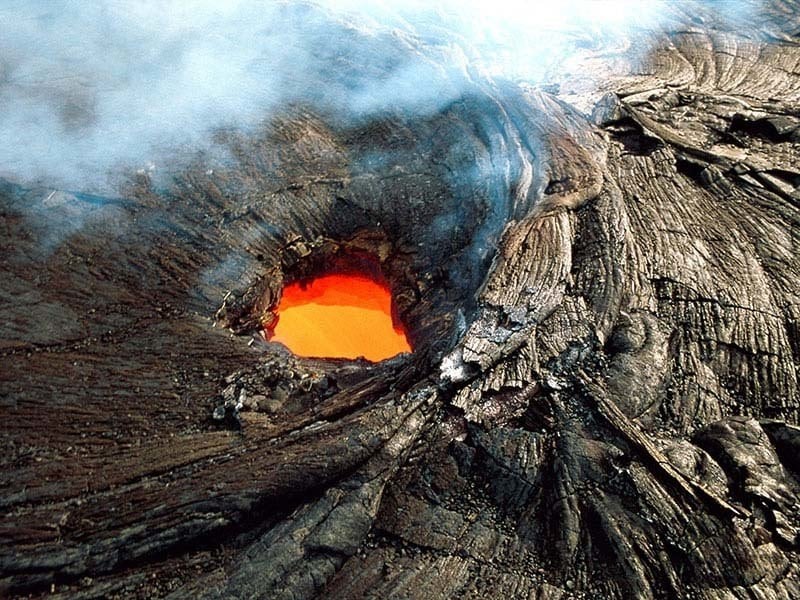