From Victorian Commoner To Royal French Courtesan: The Luxurious Life Of Cora Pearl

Cora Pearl's extravagant personality made her popular among France's 19th-century elite. But that era's legendary debauchery soon went out of style — and so did she.

In 1860s Paris, excess was en vogue — so was Cora Pearl. One of the most sought-after call girls with a black book of aristocratic lovers, Cora Pearl lived a life properly extravagant for the times, steeped in celebrity and infamy.

As French writer Alfred Delvau wrote of the courtesan in his book Les Plaisirs de Paris or The Pleasures of Paris, “You are today, Madame, the renown, the preoccupation, the scandal and the toast of Paris. Everywhere they talk only of you.”

But besides her bout of opulence and fame, Cora Pearl had humble beginnings and would meet an even darker end. 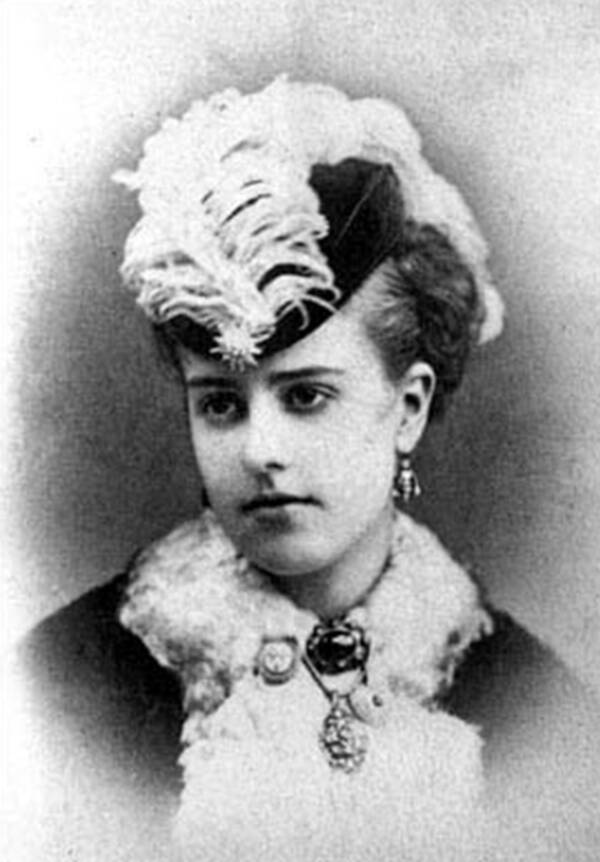 Before Pearl became “one of the most celebrated whores of her time,” she was born a simple girl named Emma Elizabeth Crouch in Portsmouth, England, in 1836. In her memoirs, however, Crouch would claim she was born in 1842.

She grew up in a household filled with noise: music and 15 other siblings, most of whom took after their parents’ musical proclivities, including young Emma Crouch. She imitated her father who was famed composer Frederick Nicholls Crouch by playing at the piano and singing like her mother.

“I was born to hear a great deal of noise, if not to make it,” Crouch wrote in her memoir. “There was in my case a kind of predestination to clatter.”

After her father abandoned the family to escape his debts, Crouch’s mother worried about her brood’s future and so remarried a well-to-do man whom Crouch despised. Soon after, she was sent off to boarding school in Boulogne, France.

Upon Emma Crouch’s return to England, she lived with her grandmother in London to work as a milliner’s assistant. It was in the English capital that the soon-to-be-celeb suffered a violent encounter that would change her life forever. 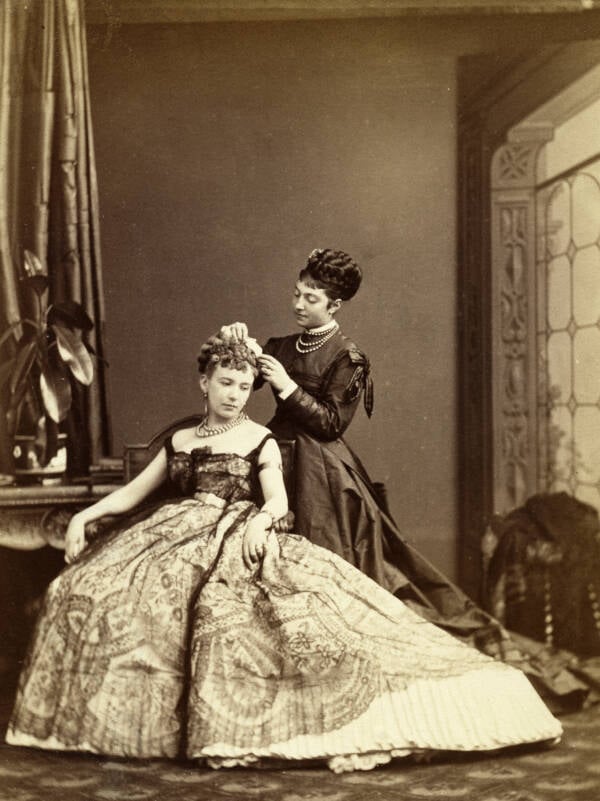 According to Crouch’s own account, she was approached by a strange man, seemingly between 35 to 40 years old, on her way back alone from church one day. Promising that he would treat her to cake, the man lured her to a nearby bar behind the market where he gave her gin and raped her; she was 15.

When Crouch regained consciousness in a hotel room, the man had left five pounds on the nightstand and disappeared — but not before proposing that the teenager be his regular courtesan. Crouch refused.

“On my part, I did not shed a tear. I felt only sovereign disgust,” Crouch wrote of her rape.

In her memoir, Crouch claimed that this experience made her become wary of and horrified by men, but if that’s so, then she chose an odd career path. Some historians believe that the encounter Crouch wrote about may actually have been a cover-up story for the sexual abuse she suffered at the hands of her estranged stepfather. 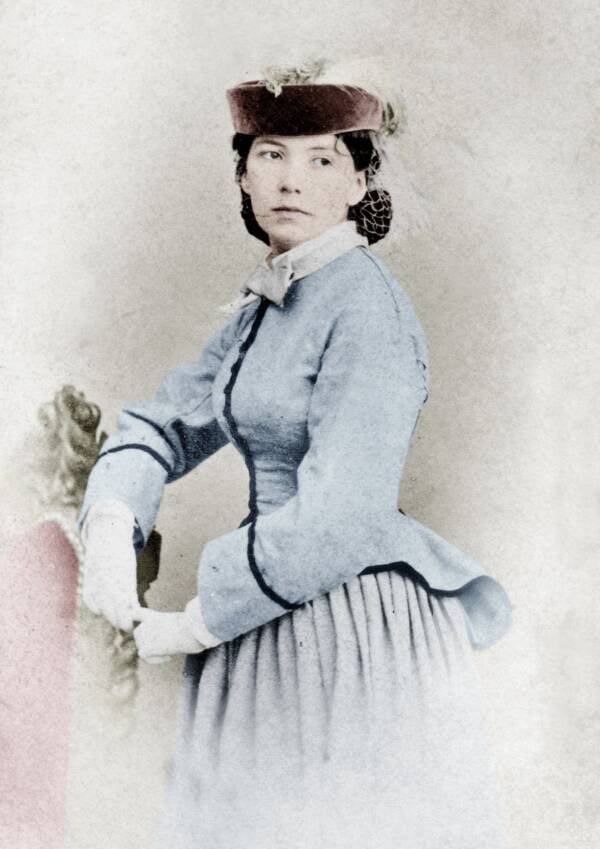 Apic/Getty ImagesCora Pearl was an avid equestrian, at one point owning 60 horses in her stable. It was said by one admirer that she treated her horses better than her lovers.

Regardless of what may or may not have happened, Crouch felt she could no longer return to her grandmother’s house and so he rented out a room in Covent Garden under a new identity: Cora Pearl.

Cora Pearl’s first known lover was a 25-year-old property owner whom she named Bill Blinkwell in her memoir, though many identified him as Robert Bignell, owner of dance hall-turned-pleasure club, the Argyll Rooms. 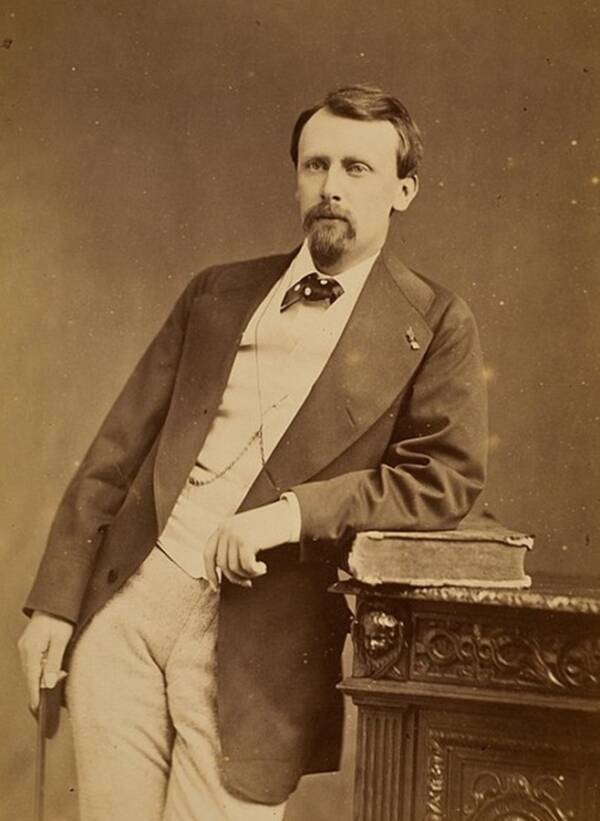 Described as “good looking with a fine and pleasant voice,” Bignell spoke French to Pearl and took her on trips to the English countryside. Two-and-a-half months into their affair, they traveled to the Eternal City.

So enamored was Pearl by the rich culture of Paris — at the time ruled by the outrageous demimonde of the French upper-class — that she burned her passport and refused to return to London.

And with that, Cora Pearl’s new life in Paris began. 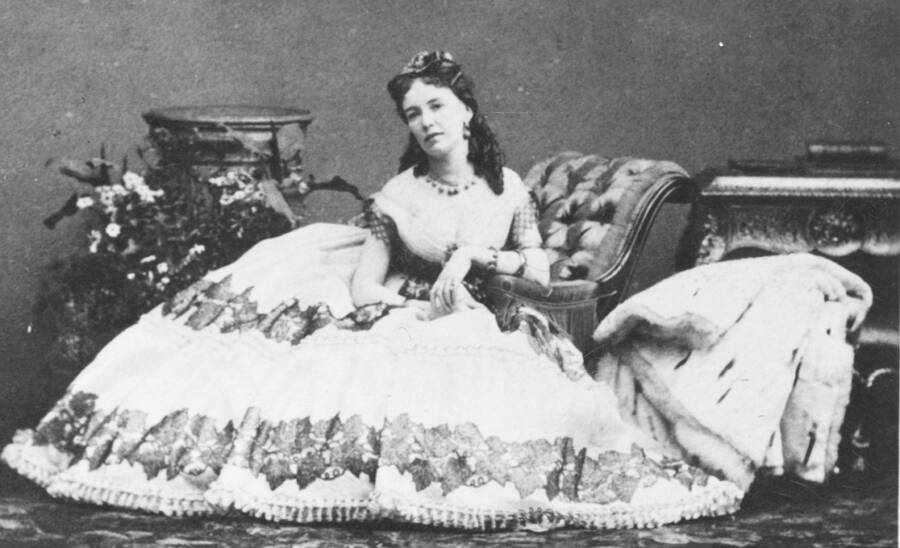 Hulton Archive/Getty ImagesAfter she was brought to Paris on a whirlwind trip by one of her rich suitors, Cora Pearl decided to make the city her home.

Paris was fertile grounds for Cora Pearl. Back then, prostitution was legal in France with sex workers only required to register and undergo routine health inspections. Armed with an ample bosom, tiny waist, and impetuous demeanor, Pearl quickly attracted the city’s men, including those born of blue blood.

Among her royal clients was the Duke of Rivoli, Victor Masséna, who gifted Pearl her first horse; heir to the Netherlands throne, William, the Prince of Orange; the king’s half-brother, the Duke de Morny; and Prince Achille Murat, grand-nephew of the previous King Napoleon I.

Cora Pearl’s most loyal lover was Prince Napoléon-Jérôme Bonaparte, also known as Prince Jérôme Bonaparte, King Napoleon III’s cousin. They first met when the prince was 42 and she was half his age, but the two nonetheless enjoyed a nine-year affair together. 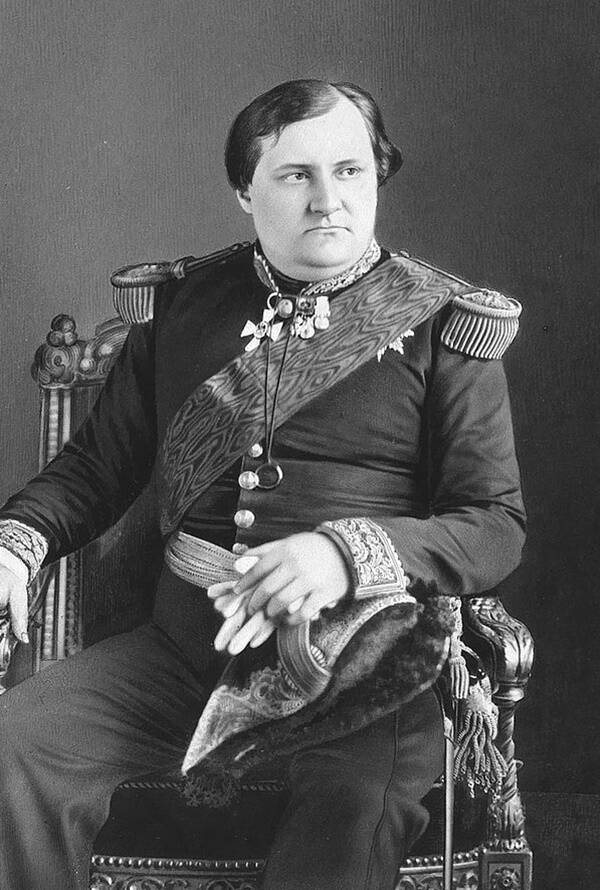 Like all her rich suitors, Prince Jérôme Bonaparte spoiled the courtesan. He bought Pearl several stately homes, most notably a small palace known as “Les Petites Tuileries,” and granted her access to the Royal Palace so that she could visit him there.

“I bathed in pink marble basins, I slept long hours on sofas with the smell of rare flowers, which conjured up dreams of enchanted palaces, and when I awoke, the reality was still finer than my dreams!”

Cora Pearl’s suitors paid a princely sum of 10,000 francs for an evening with her as well as funded her expensive gambling habit and essentially treated her as if she herself was of noble blood.

By 1860, Cora Pearl was the talk of all of Paris. She routinely hosted extravagant parties at her Chateau de Beauséjour property, at one point supposedly serving herself on a giant platter carried by four men, butt-naked with nothing but parsley sprinkled on her body.

Pearl also delighted in extravagant colors. She once dyed her hair the same yellow as the carriage in which saw was riding and dyed her dog’s coat the same shade of blue to match her own outfit on yet another occasion. We may also have Pearl to thank for highlighter, as she mixed her powder with silver or pearl to give herself a translucent shimmer.

Pearl also brazenly commissioned artworks of herself like a marble statue of her curvaceous figure. These works were often curated by the finest artists. Pearl made theatrical appearances, including her shocking debut as Cupid in Jacques Offenbach’s operetta Orphée aux Enfers or Orpheus in the Underworld. One reviewer wrote of her performance:

“Cora Pearl made an appearance half-naked on the stage. That evening the Jockey Club in its entirety graced the theatre. All the names… of French nobility were there.” 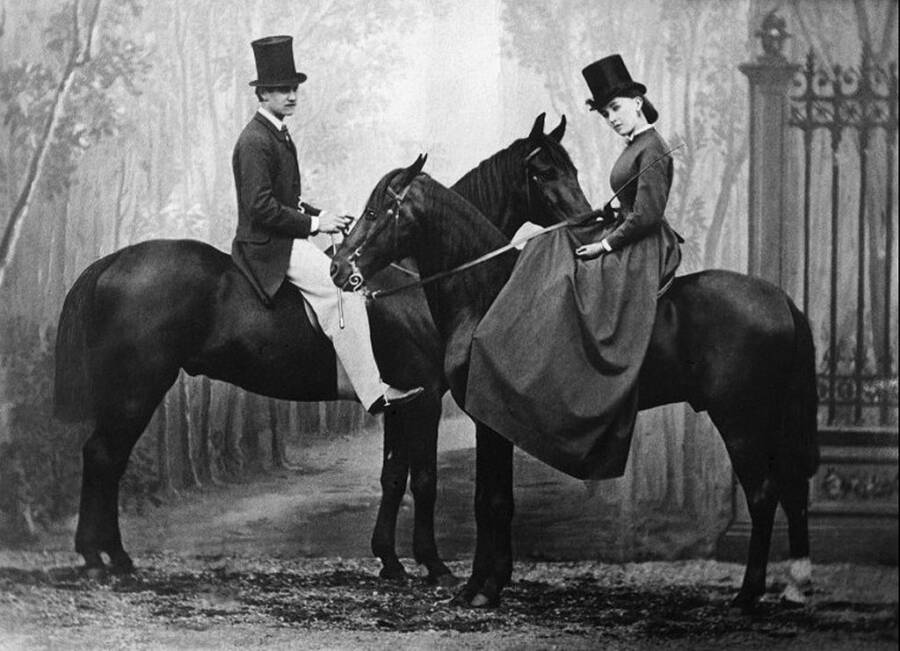 Later, it is said that her diamond-studded bikini costume in the show sold for 50,000 francs.

Evidently, the high-class courtesan was just as popular among the ladies of the elite as she was with the men. She became a sort of celebrity with her unmistakable fleet of horse carriages and set the fashion trends of the day with her bold dresses, heavy makeup, and loudly colored hair.

An Undignified End For A Luxurious Life 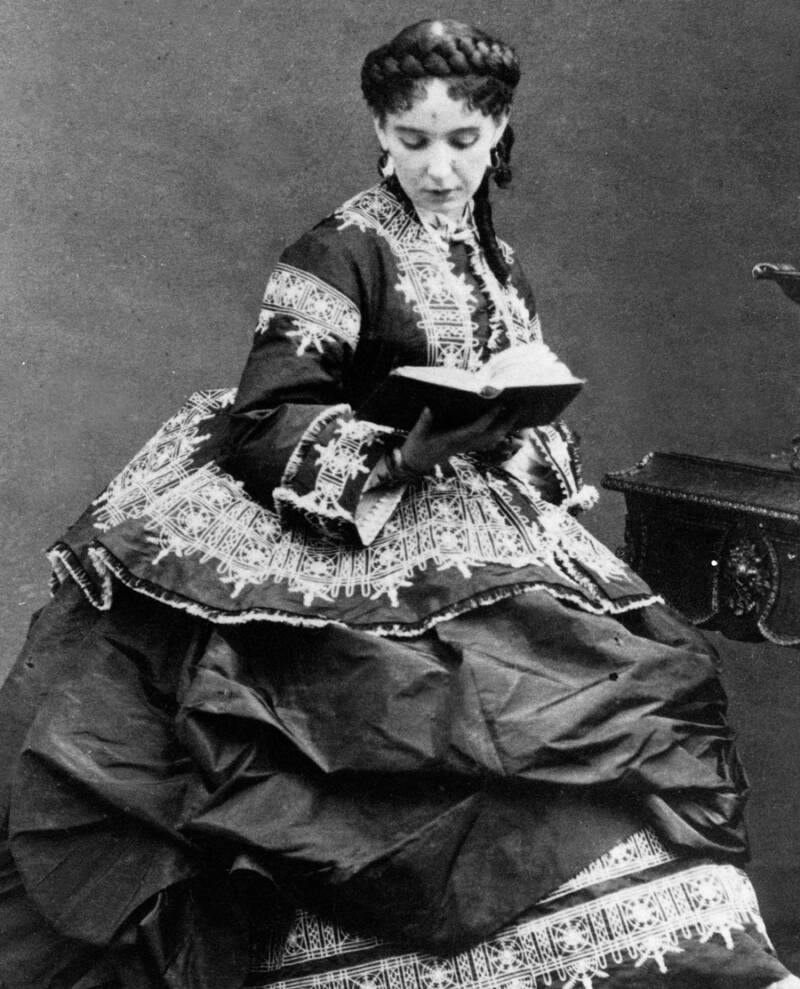 At the height of her celebrity, Cora Pearl owned at least three homes, a stable of 60 horses, maids and servants, and millions of dollars worth of jewelry and designer clothing.

But following the Franco-Prussian war in 1870 which ushered in a new French republic with a much more conservative culture, Pearl’s luxurious lifestyle dissolved.

Cora Pearl, with her flagrant promiscuity and excessive displays of wealth, was the living embodiment of the old French empire. Her rich gentleman callers disappeared, including Prince Jérôme, who had penned her a letter terminating their arrangement. 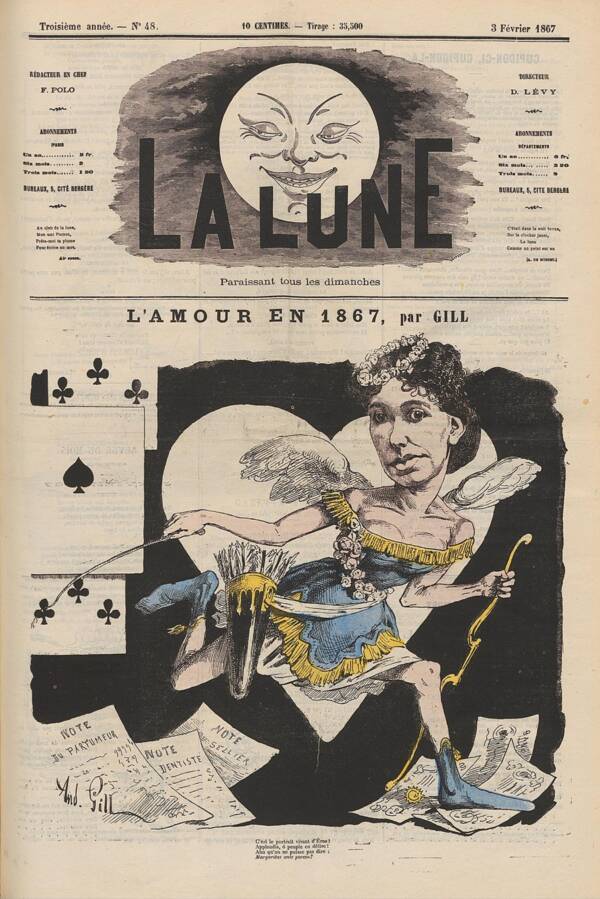 Wikimedia CommonsIllustration from one of Pearl’s theatrical performances in the newspaper La Lune.

As an English foreigner, Cora Pearl was finally kicked out of France after one of her obsessive young lovers, Alexandre Duval, shot himself inside her home after she refused his repeated marriage proposals.

“It is not true that I wanted to get rid of Mr. Duval because he had no money left,” Pearl was quoted as saying in a New York Times report from that time. “I have enough money for him if he has not enough for me.”

The incident, dubbed L’Affair Duval by the French media who claimed Pearl had left Duval outside her house to bleed, was enough to send her packing to Monte Carlo where she stayed in exile for several years. 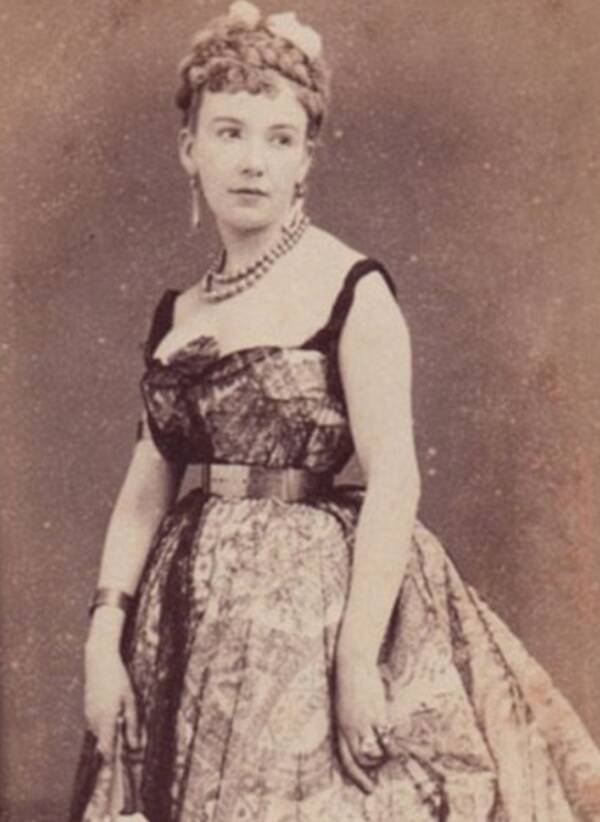 Wikimedia CommonsAfter the Franco-Prussian war, Cora Pearl struggled to maintain her princely clients, all of whom disappeared as sober conservatism overtook Paris.

In 1886, her highly-anticipated autobiography, Mémoires de Cora Pearl, was published in Paris and subsequently in London. The book was indeed about her lovers and extravagant follies, but the details weren’t as salacious as many had hoped.

Furthermore, Pearl had left the identities of her gentleman callers anonymous even though each of them could be easily identified with some prodding over time. Pearl claimed she sent pages of her memoir to her past lovers and asked for money in exchange for keeping their names hidden.

Soon after the publication of her memoirs, Cora Pearl became ill with intestinal cancer. She died on July 8, 1886, and was buried in Batignolles cemetery before her body was moved to an ossuary years later.

Cora Pearl was in the papers again though, this time, in the obituary notices. She didn’t have much left of her possessions after she sold most of it to make ends meet, but what was left was sold off in a sale a few months following her death. Her funeral was allegedly paid for by one or a group of her past lovers. 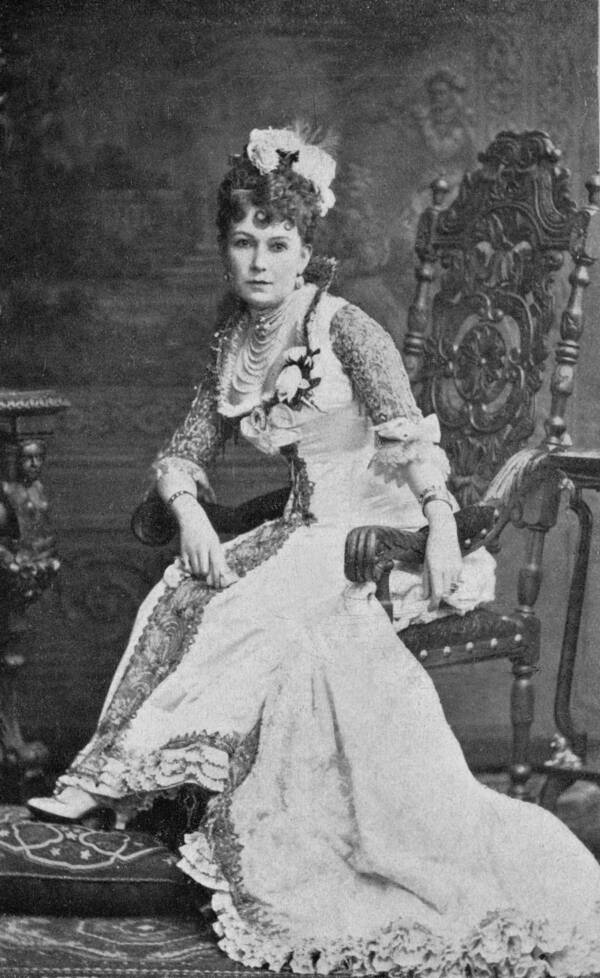 Hulton Archive/Getty ImagesWhile she possessed a bounty of wealth during the peak of her popularity, Cora Pearl died penniless after contracting stomach cancer.

Cora Pearl’s unlikely journey from poor English schoolgirl to one of the richest courtesans in all of France is much more than the story of a high-end escort. It’s one of shirking convention and reclaiming one’s independence in the face of the patriarchy.

“I have never deceived anybody because I have never belonged to anybody,” Pearl wrote. “My independence was all my fortune, and I have known no other happiness, and it is still what attaches me to life.”

Now that you’ve caught up on the life of Cora Pearl, France’s celebrity courtesan, read about Catherine the Great, the Russian empress who shook up Europe’s male power structure. Then, learn about the horrifying history of Japanese “comfort women” during World War II.