The Corpsewood Manor Murders: A Story Of Satanism, Sex Parties, And Slaughter

In December 1982, Charles Scudder and his partner Joseph Odom were brutally murdered in their Corpsewood home by two acquaintances in a drug-fueled robbery gone awry. 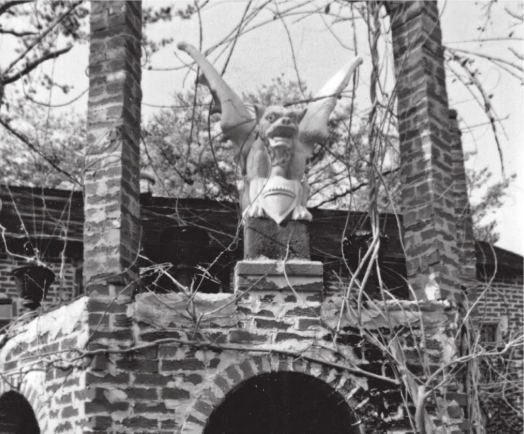 Dr. Charles Scudder came from a wealthy family and worked as a professor of pharmacology at Chicago’s Loyola University — a “good job” by his own definition. Described by those who knew him as “brilliant,” “polished,” and “soft-spoken, but confident,” Scudder eventually grew fed up with city life and, in 1976, left the luxury of his Chicago mansion in pursuit of a simpler life.

As he put it, Scudder longed for an escape from “taxes, light bills, gas bills, water bills, heating bills, and the helpless feeling that resulted from watching my old neighborhood disintegrate into an urban ghetto.” So the 50-year-old chose an isolated spot in the north Georgia woods to begin his new life.

After leaving behind most of his worldly possessions, he headed for the South with his lover, Joe Odom, constructing a new residence by hand in the depths of the forest. As Scudder said, “Within two short years we were living in an elegant mini-castle.”

They called it Corpsewood Manor, named for the hauntingly bare autumn trees that dotted the area.

To complete their country castle, the two added on a three-story “chicken house.” The first floor was for the poultry and food storage, the second for canned goods and the couple’s pornography collection, and the third for their “pink room,” also known as their “pleasure chamber.”

But Scudder’s gay relationship was far from the only secret he’d been keeping, for he was also an official member of the Church of Satan. 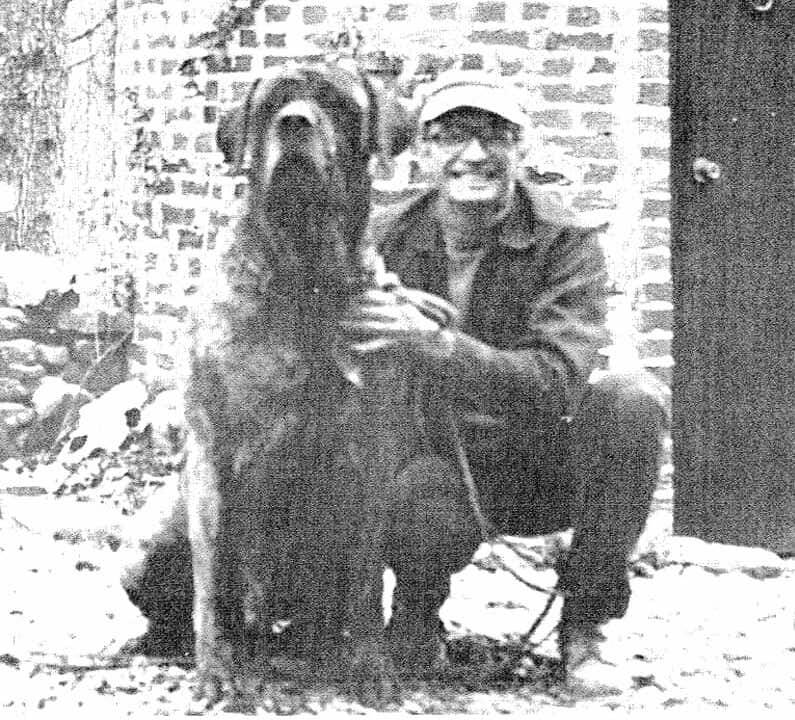 Autopsy of Architecture Charles Lee Scudder with his dog Beelzebub.

Indeed, there was much more to the soft-spoken, secretly Satanist doctor than met the eye.

Even at Loyola, Scudder’s work was not that of the typical academic. For one, he performed government-funded experiments with mind-altering drugs like LSD. Meanwhile, he dyed his hair purple and kept a pet monkey. And when he left Loyola for Corpsewood Manor, he took a few souvenirs with him, including two human skulls and about 12,000 doses of LSD.

Now, souvenirs in hand, Scudder was free to express his Satanism within the confines of Corpsewood Manor.

This forest sanctuary was guarded by two mastiffs, Beelzebub and Arsinath — one named for a demon, the other an H.P. Lovecraft character. Local legend adds that the pair also summoned a real demon to assist the dogs in guarding the house.

Fittingly, Scudder and Odom also decorated Corpsewood Manor with various Gothic paraphernalia, including the skulls that Scudder had swiped and a pink gargoyle he had brought from his old mansion. Scudder himself thought of Corpsewood Manor as “more like a mausoleum, a tomb requiring care, cleaning, and endless costly repairs.”

Scudder also fashioned a stained-glass window adorned with a prophet known as Baphomet, an important figure in the Church of Satan. And while Scudder took his Satanism seriously, he didn’t worship Satan. Instead, he was a staunch atheist who chose to celebrate the base, worldly pleasures that he and other church members felt were denied them by the other Abrahamic religions.

And celebrate such pleasures they did. Scudder and Odom liked to invite guests over for wild sex parties in the “pink room,” which was filled with mattresses, candles, whips, chains, and even a log-book listing guests’ sexual predilections.

But while these acts were reportedly consensual, the pink room parties are the reason that on the night of Dec. 12, 1982, Corpsewood Manor turned into a bloody murder scene.

The Bloody Truth Behind The Corpsewood Murders 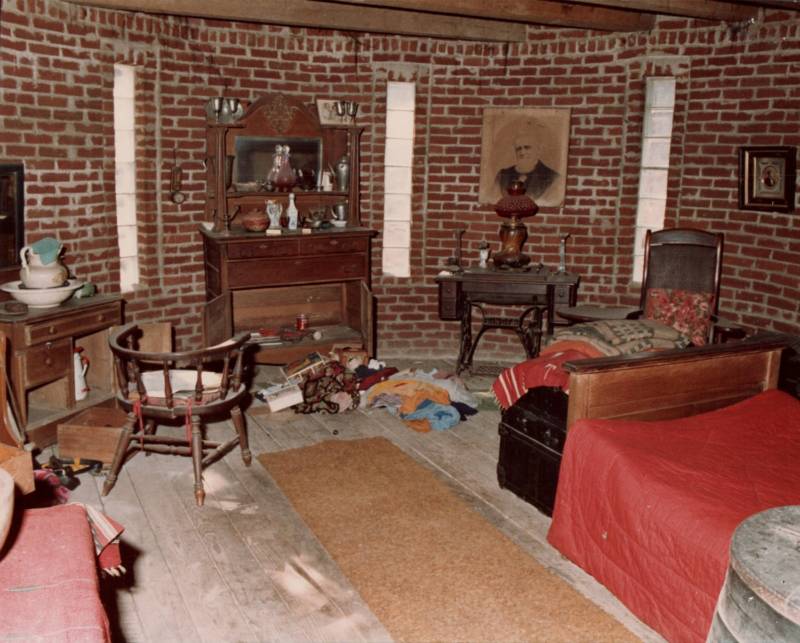 With Scudder and Odom encouraging all their guests to indulge their every whim in a haze of sex and drugs, things were bound to implode — though perhaps no one predicted just how bloody this end would be.

Among the locals that Scudder and Odom befriended were 17-year-old Kenneth Avery Brock and his roommate, 30-year-old Samuel Tony West. Information is scarce and reports vary, but at least according to Amy Petulla’s The Corpsewood Manor Murders in North Georgia, Brock may have had several sexual encounters with Scudder at Corpsewood.

Other accounts claim that Brock had merely gotten permission from Scudder and Odom to hunt on their property, and after befriending them on their sprawling estate, came to believe they were much wealthier than they actually were. Nonetheless, some kind of relationship between Brock and West and Scudder and Odom was struck.

According to Petulla, West strongly objected to any kind of sexual activity with the older couple, though Brock may have invited it. He may have also convinced Brock that he’d been taken advantage of by Scudder. Again, whether Brock had actually been taken advantage of remains unclear. Nevertheless, Brock and West decided to return to Corpsewood to rob Scudder and Odom.

Brock and West, with two teenagers named Joey Wells and Teresa Hudgins along for the ride, headed to Corpsewood Manor on Dec. 12, 1982, with guns in tow.

Initially, the four guests acted as if they were just there to hang out and accepted Scudder’s offer of homemade wine as well as a potent huffing mixture or varnish, paint thinner, and other chemicals.

At some point during this drug-fueled haze, Brock got down to business, retrieving a rifle from the car and promptly shooting Odom and the two dogs. Then, Brock and West did all they could to force Scudder to give up whatever money he had.

What Brock and West hadn’t realized was that there were no riches at the house of any kind. And when they did eventually accept this fact, they shot Scudder five times in the head, took what little valuables were lying around, and fled the scene. 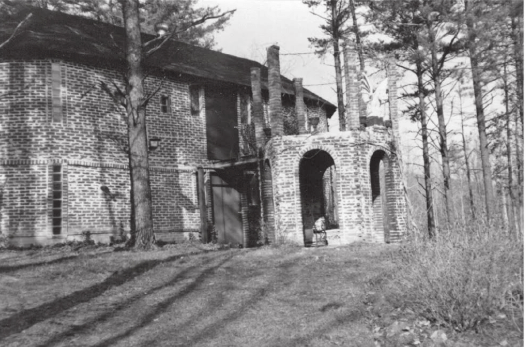 The Corpsewood Manor Murders in North Georgia/Amy PetullaExterior of the manor at the time of the investigation.

Brock and West fled all the way to Mississippi, where they killed a man named Kirby Phelps as part of a robbery gone wrong on December 15 of that year. Afterward, perhaps feeling remorseful, Brock returned to Georgia and turned himself in to police on December 20. West did the same in Chattanooga, Tennessee, on the 25th.

Eventually, West was found guilty of two counts of murder and sentenced to death, while Brock pleaded guilty and received three consecutive life terms. With that came the end of the strange and bloody story of the Corpsewood Manor murders, but many questions remain.

At the trial, West and Brock recounted the night’s bloody events. They claimed that after binding and gagging Scudder in his Pink Room, the professor eerily said, “I asked for this,” before being killed. Chillingly, the professor had a portrait of himself done months prior to the tragedy in which he is pictured gagged with bullets in his head.

And because Scudder was a satanist and openly gay, bigoted rumors have circulated about him and Odom since their deaths. It didn’t help that at the trial, West said of them, “All I can say is they were devils and I killed them, that’s how I feel about it.”

The bloody tragedy at Corpsewood Manor in 1982 has since become something of a satantic-sex-fueled myth, but could it be perhaps that prejudice against the victims’ sexual orientation and religious beliefs were really at the center of it all?

After this look at the Corpsewood Manor murders, read up on the killings committed by Chicago’s Satanic Ripper Crew. Then, read up on Satan’s supposed influence on notorious serial killer David Berkowitz.