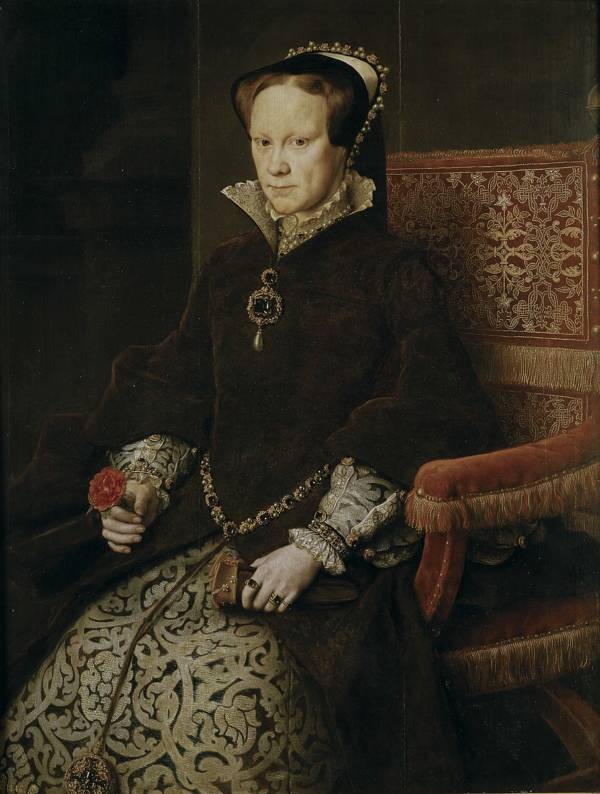 According to legend, if one stands in a darkened room before a mirror and says the phrase “Bloody Mary” three times, a ghost will appear. What happens next varies from teller to teller. Sometimes the ghost scratches out your eyes or drinks your blood. Other times, she simply curses you or chases you from the room with horrific shrieks.

In some versions of the story, someone who wants to summon the spirit needs to taunt her by asking where her dead baby went. And that version of the story could provide an important clue about where the origins of the legend lie.

The most likely explanation for where the legend comes from is the reign of Mary Tudor of England. Mary was a Catholic monarch who presided over the often-violent persecution of her Protestant subjects, which earned her the nickname “Bloody Mary.” Mary was also famous for a series of false pregnancies and miscarriages, which could explain the idea of the ghost having a dead child.

However, the idea that you may see something if you stare into a dark mirror actually seems to predate the Bloody Mary legend. Long before people believed you could summon a ghost through a mirror in a dark room, they believed that you could see the face of your future lover inside of it.

Researchers have determined that subjects who stare at their reflection in a dark room often begin to hallucinate strange faces in the mirror. It could be that the different mirror legends grew out of this fact and were eventually combined with the legend of “Bloody Mary” to give us the version we have today.