Rare photos that place you in the middle of assassinations you've read about but perhaps never seen. 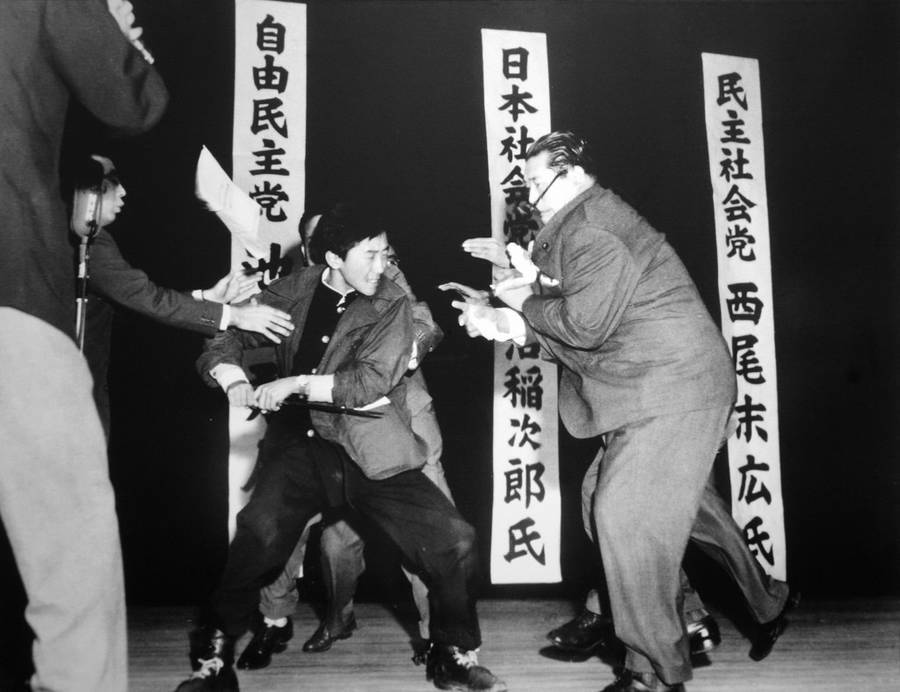 Teenage ultranationalist Otoya Yamaguchi prepares to stab Japan Socialist Party leader Inejiro Asanuma with a samurai sword during the televised attack that took the latter's life as he spoke onstage during a debate in Tokyo, Japan on Oct. 12, 1960.Bettmann/Contributor/Getty Images 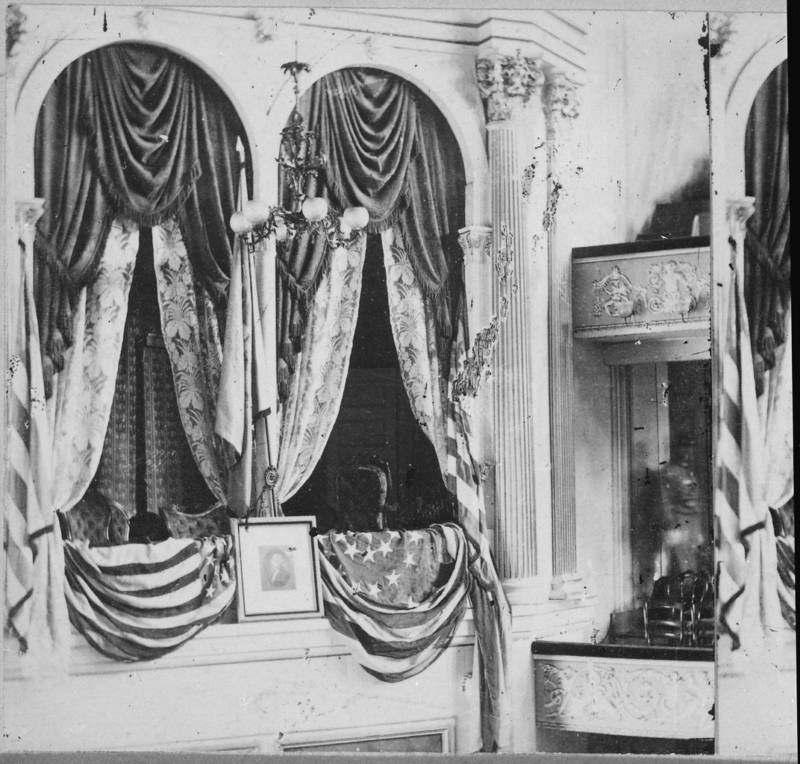 The private box at Washington, D.C.'s Ford's Theatre, where President Abraham Lincoln was killed by Confederacy supporter John Wilkes Booth on April 14, 1865, as seen soon after the killing.National Archives 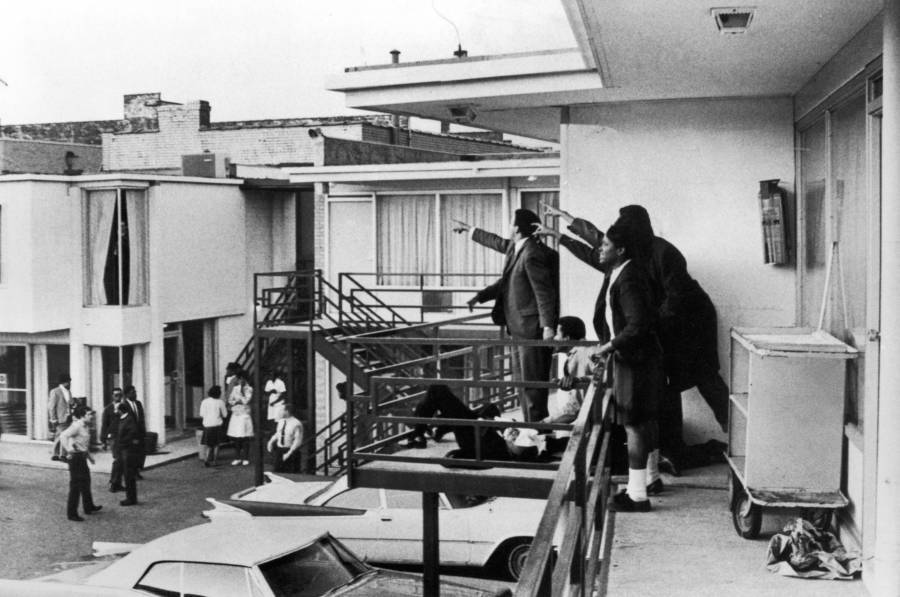 Civil rights leader Andrew Young (left) and others standing on the balcony of the Lorraine Motel point in the direction of the then unknown assailant just after the bullet struck Martin luther King Jr., who is lying at their feet. Memphis, Tenn. April 4, 1968.Joseph Louw/The LIFE Images Collection/Getty Images 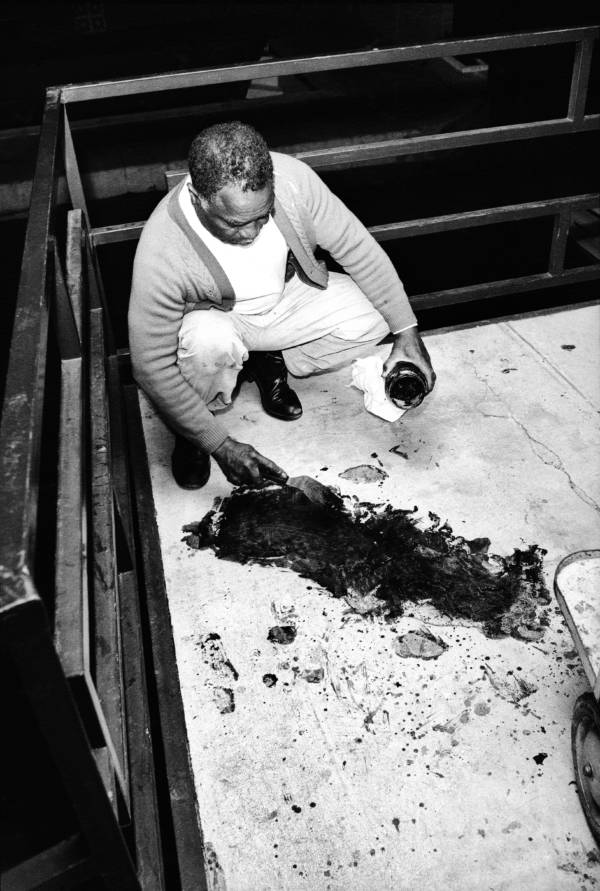 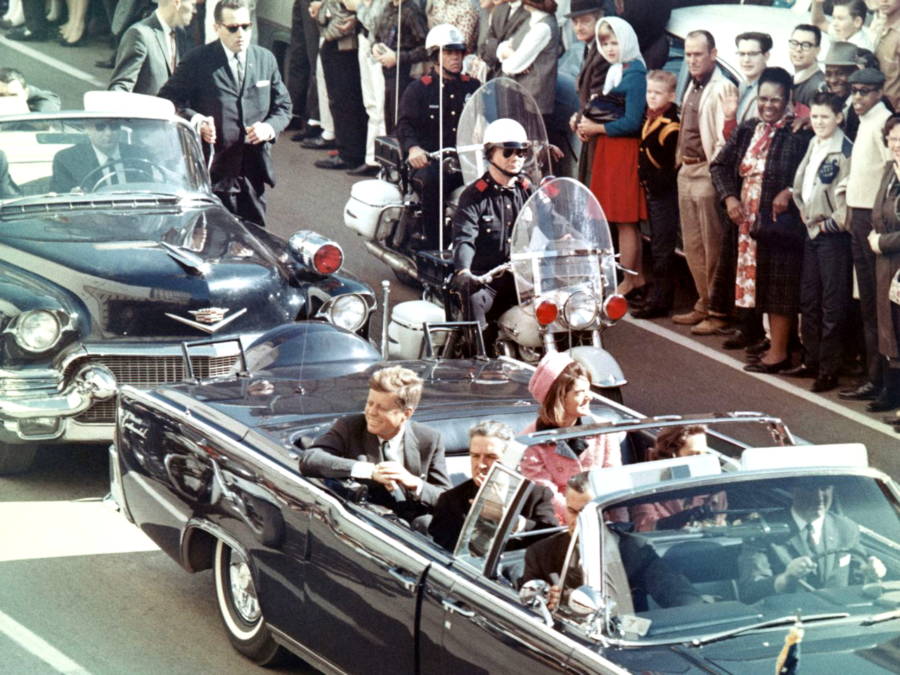 President John F. Kennedy, his wife, and others ride in the presidential limousine just before his assassination in Dallas, Texas on Nov. 22, 1963.Walt Cisco/Dallas Morning News/Wikimedia Commons 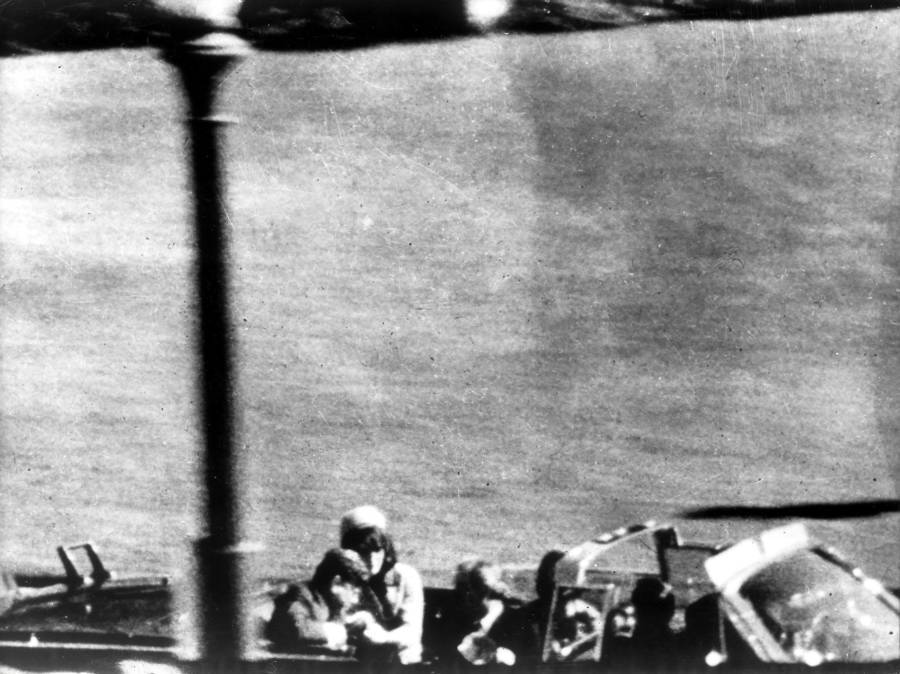 President Kennedy slumps over just after being shot.ullstein bild via Getty Images 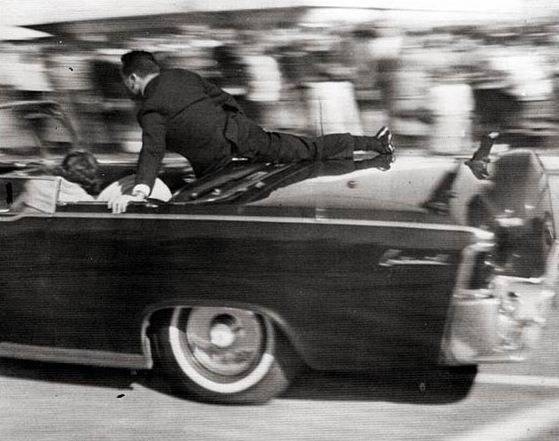 Secret Service agent Clint Hill jumps aboard the presidential limousine to act as a protective shield for President Kennedy and the first lady moments after the shots were fired.Justin Newman/Associated Press/Wikimedia Commons 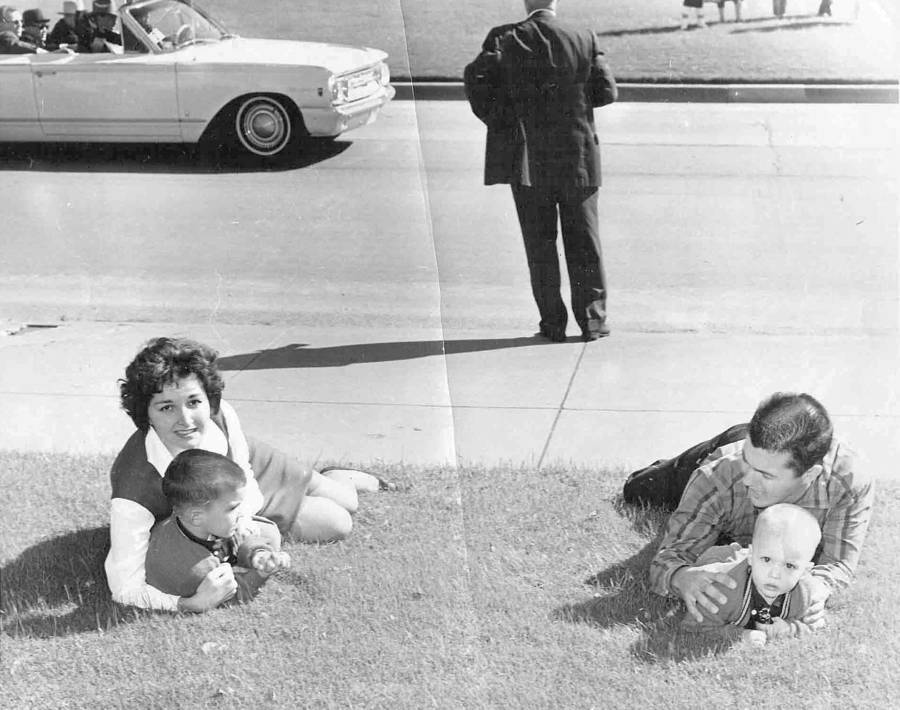 Fearing that they were in the line of fire, onlookers Bill and Gayle Newman lie on the grass, sheltering their children, mere seconds after President Kennedy was shot.Frank Cancellare/Wikimedia Commons 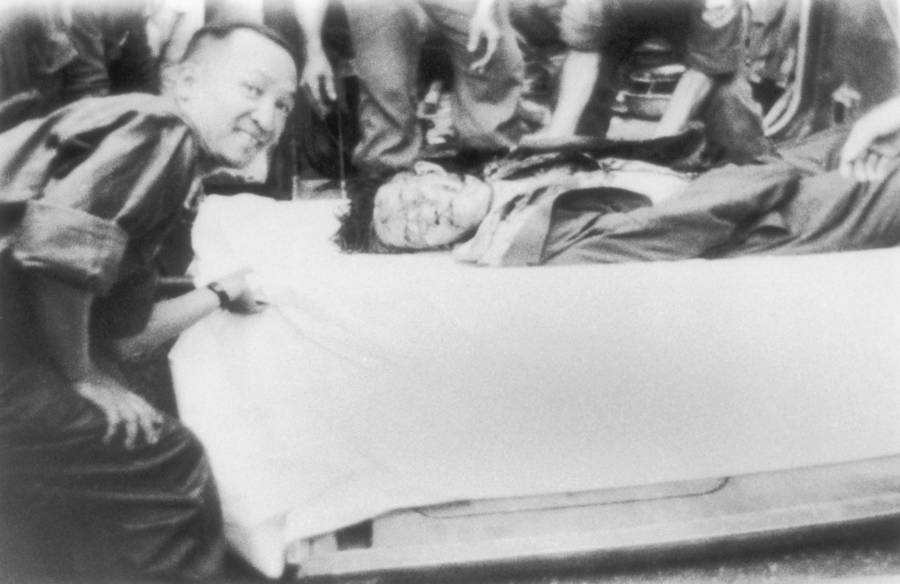 A smiling Vietnamese officer leans over the body of Vietnamese President Ngo Dinh Diem inside the armored personnel carrier in which he'd just been assassinated by soldiers acting as part of the military coup d'état that had recently overthrown Diem's regime. Saigon, South Vietnam. Nov. 2, 1963.Bettmann/Contributor/Getty Images 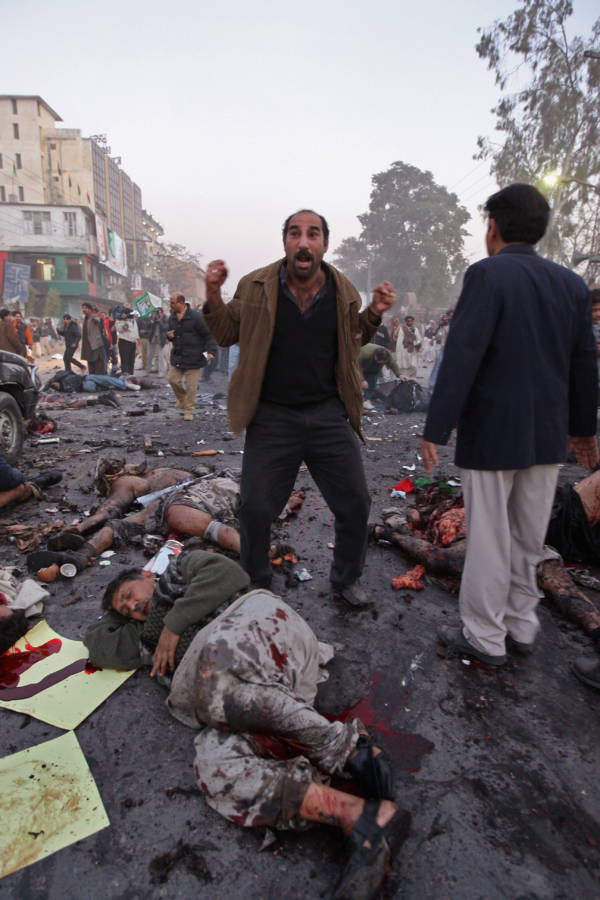 A survivor of the suicide bombing that had just killed former prime minister of Pakistan Benazir Bhutto stands amid bodies in the street. Rawalpindi, Pakistan. Dec. 27, 2007.John Moore/Getty Images 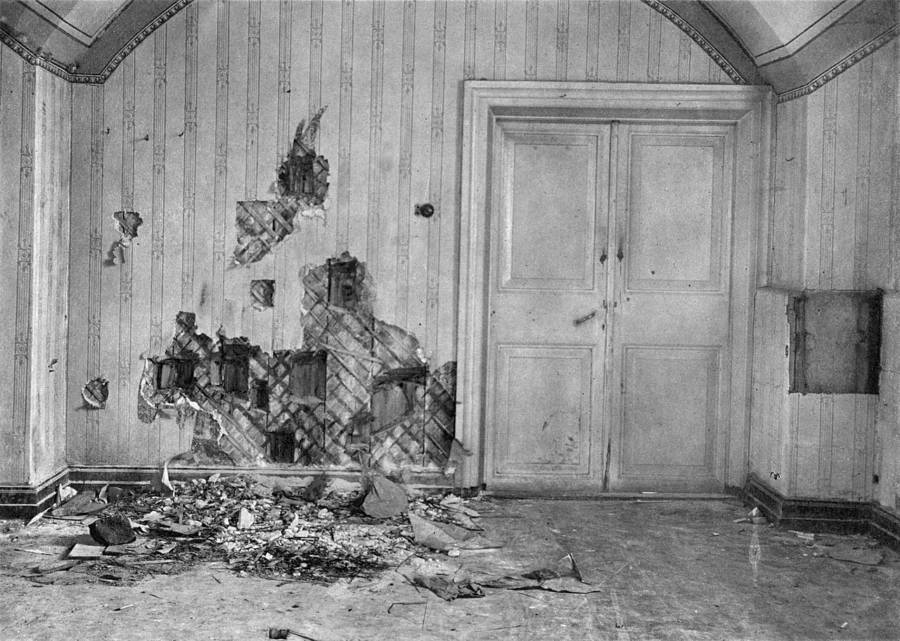 The room in the Ipatiev house in Yekaterinburg, Russia, where the ruling Romanov family was shot, beaten, and bayoneted to death by Bolshevik soldiers circa July 16-17, 1918.Wikimedia Commons 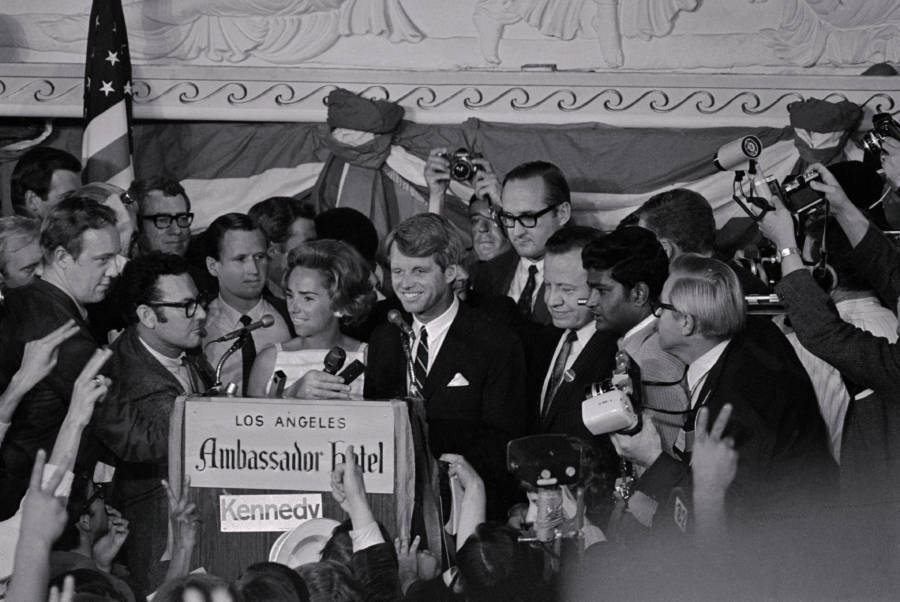 Senator Robert F. Kennedy stands among supporters in the ballroom of the Ambassador Hotel in Los Angeles on June 5, 1968, just after claiming victory in California's presidential primary and approximately five minutes before his assassination upon leaving the ballroom at the hands of Sirhan Sirhan, a Jordanian man who disagreed with Kennedy's backing of Israeli actions in Palestine.Bettmann/Contributor via Getty Images 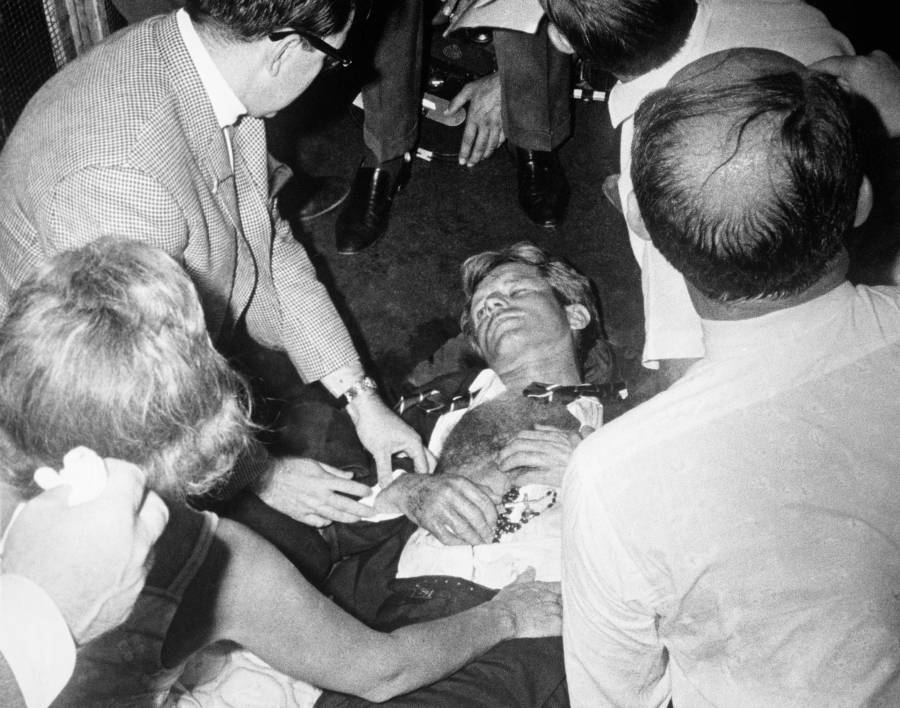 Kennedy lies mortally wounded on the floor just after being shot.Bettmann/Contributor/Getty Images 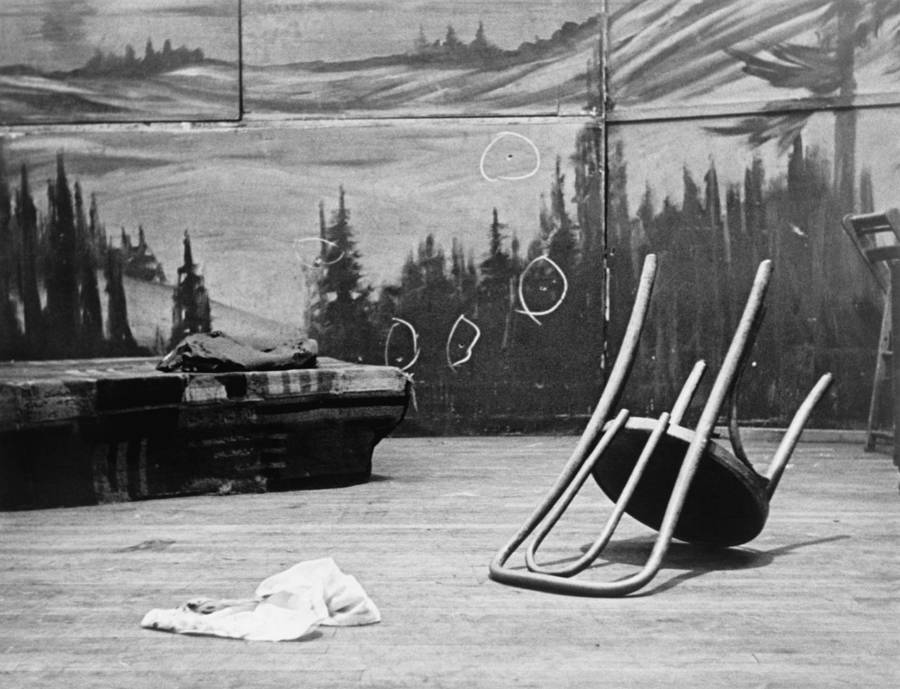 Soon after the killing, bullet holes mark the wall behind the spot where civil rights leader Malcolm X was assassinated by rival members of the Nation of Islam at New York's Audubon Ballroom on Feb. 21, 1965.Stanley Wolfson/Library of Congress 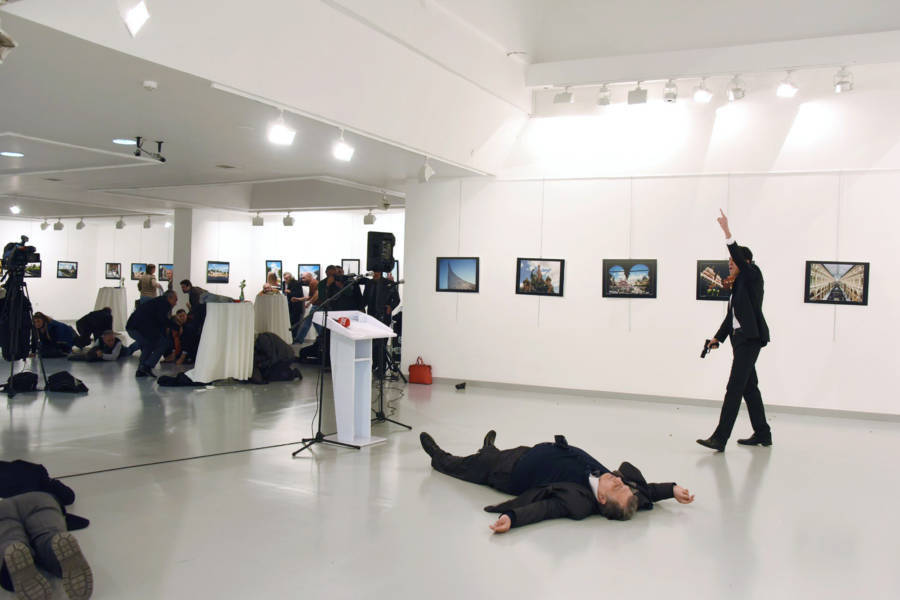 Russian Ambassador to Turkey Andrei Karlov lies mortally wounded on the floor of the Cagdas Sanat Merkezi centre for modern arts in Ankara, Turkey as his assassin, Mevlut Mert Altintas (who opposed Russian involvement in the Syrian Civil War), stands above his body, gun in hand. Dec. 19, 2016.YAVUZ ALATAN/AFP/Getty Images 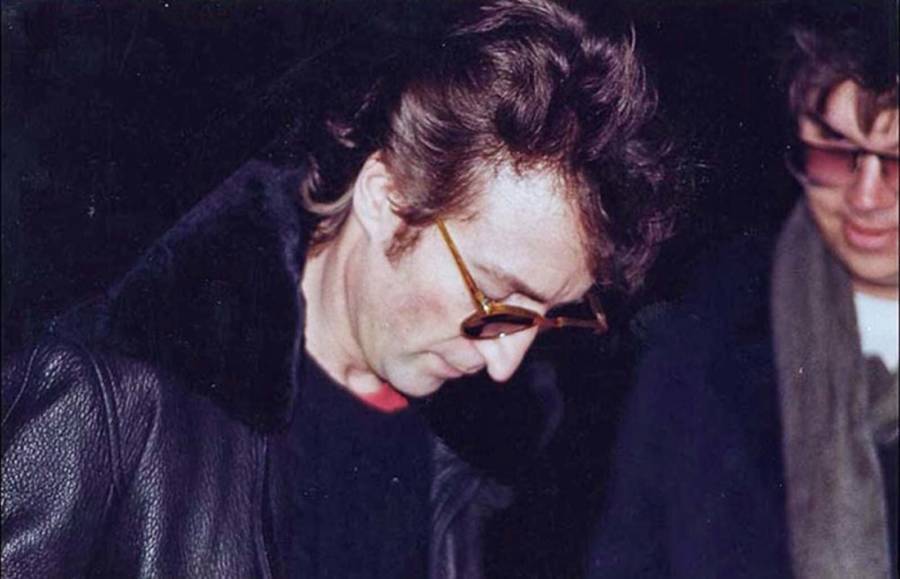 On Dec. 8, 1980 in New York City, John Lennon (left) signs an album for Mark David Chapman, the man who would kill him later that night.Paul Goresh/Wikimedia 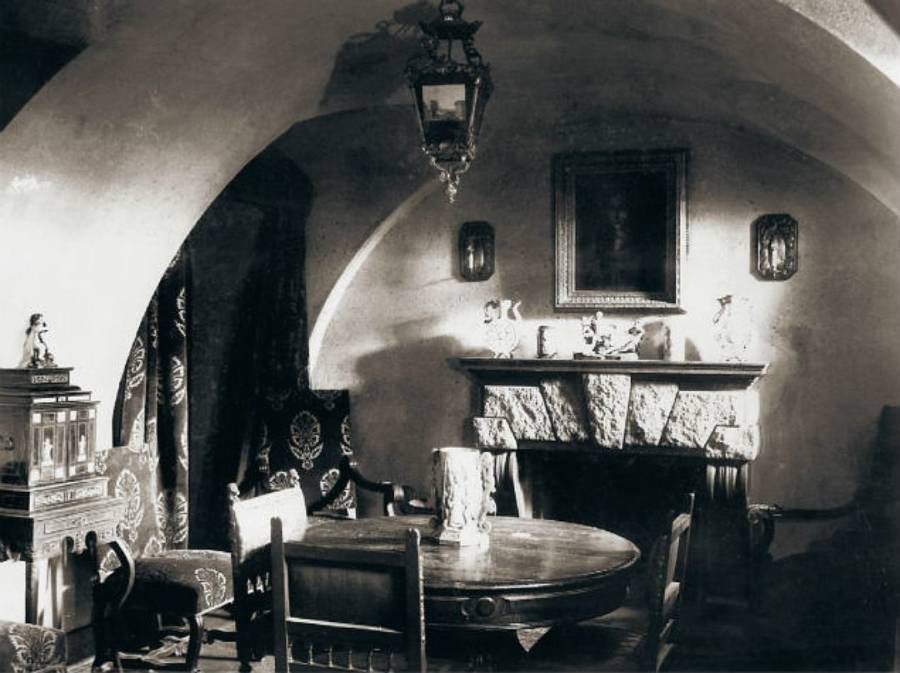 The basement of the palace of Prince Felix Yusupov in St. Petersburg, Russia, where Grigori Rasputin was assassinated by a group of nobles who feared his influence on the royal family, as seen soon after the killing on Dec. 30, 1916.Wikimedia Commons 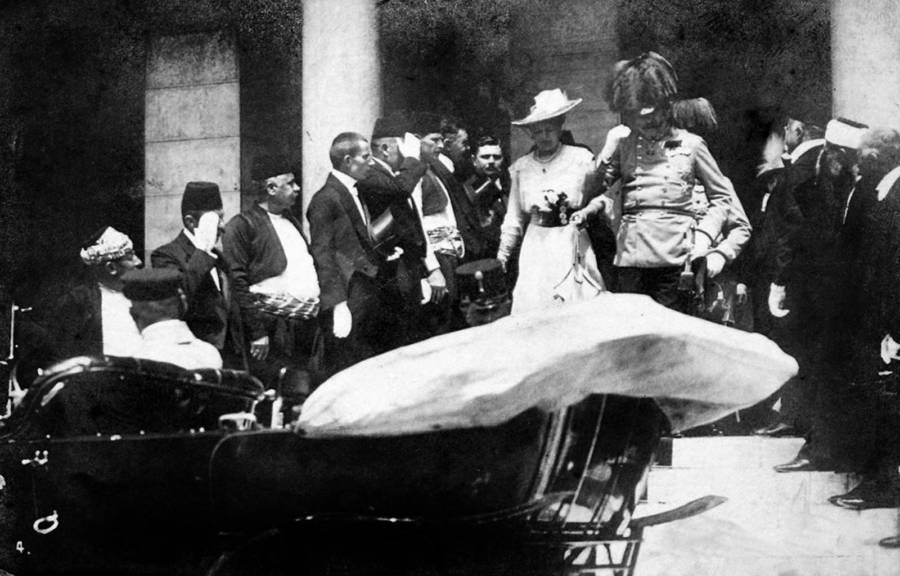 Archduke Franz Ferdinand of Austria-Este and his wife, Sophie, leave the guildhall in Sarajevo, Bosnia mere minutes before his assassination by Bosnian Serb separatist Gavrilo Princip on June 28, 1914.Wikimedia Commons 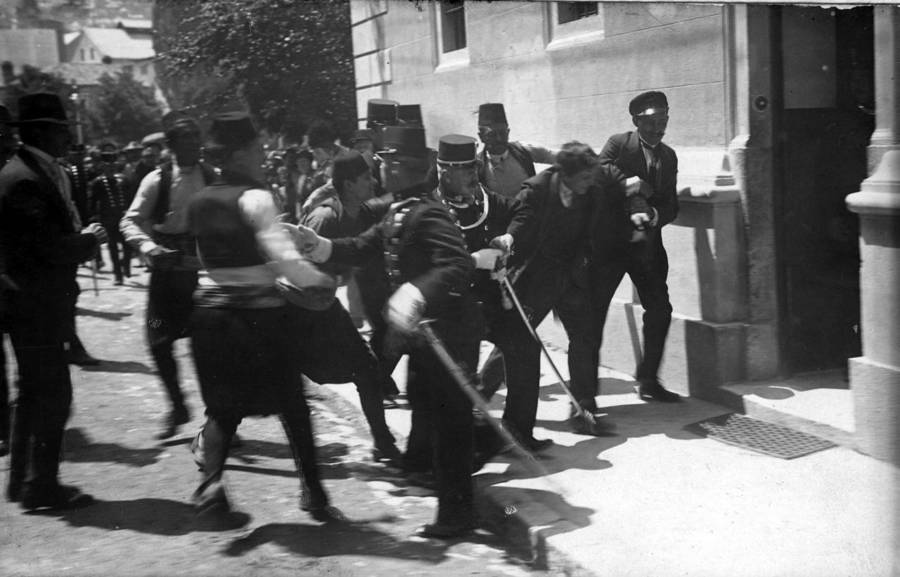 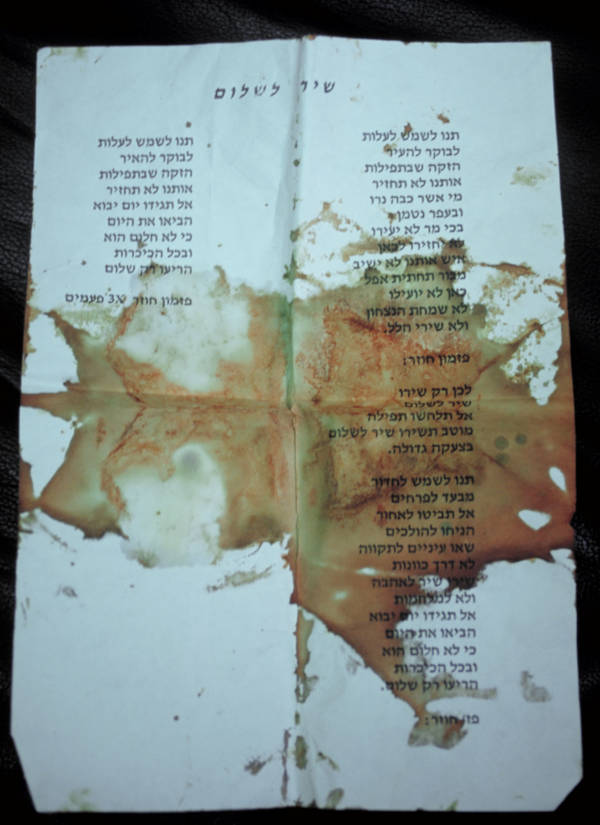 The blood of just-assassinated Israeli Prime Minister Yitzhak Rabin stains the text of a peace song that he had been carrying in his pocket as part of the peace rally during which he was killed by Israeli nationalist Yigal Amir, who opposed Rabin's agreements with Palestine. Tel Aviv, Israel. Nov. 4, 1995.David Rubinger/The LIFE Images Collection/Getty Images 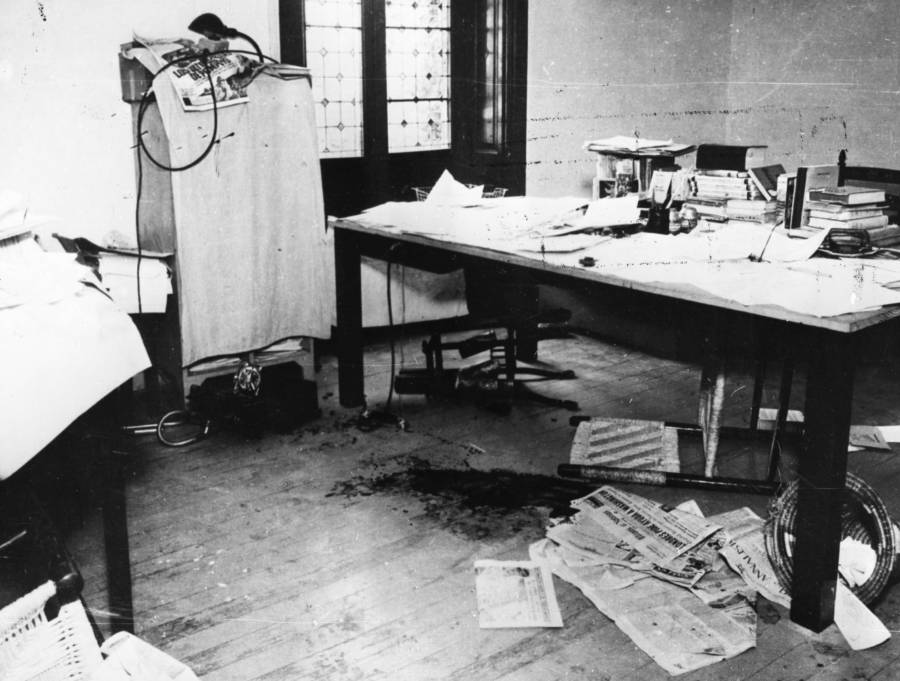 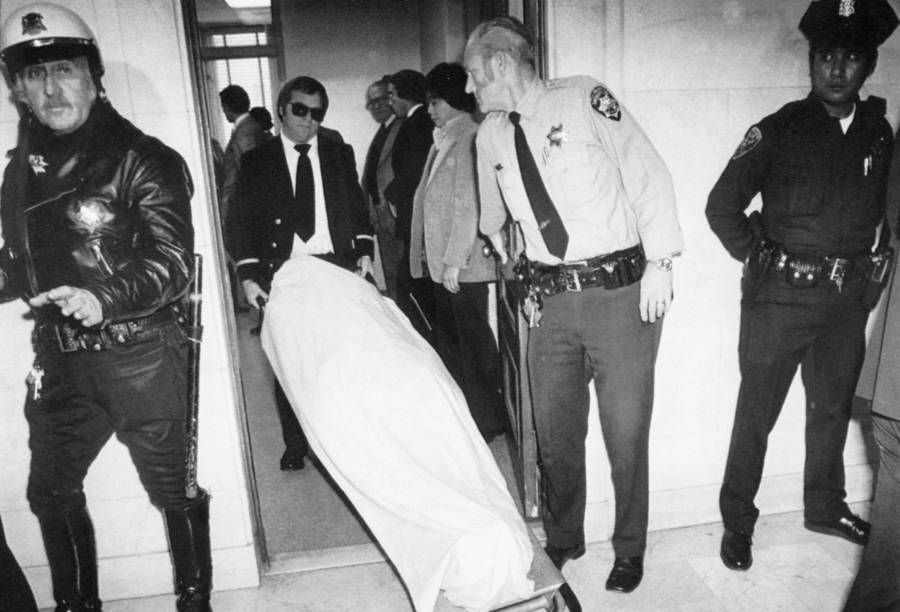 Authorities remove the body of San Francisco Board of Supervisors member Harvey Milk — one of the first openly gay elected officials in U.S. history — from his chambers at City Hall, where he'd just been killed, along with Mayor George Moscone, in an attack by disgruntled former Supervisor Dan White, who believed that his two victims had kept him from rejoining the Board of Supervisors. San Francisco, Calif. Nov. 27, 1978.Bettmann/Contributor/Getty Images 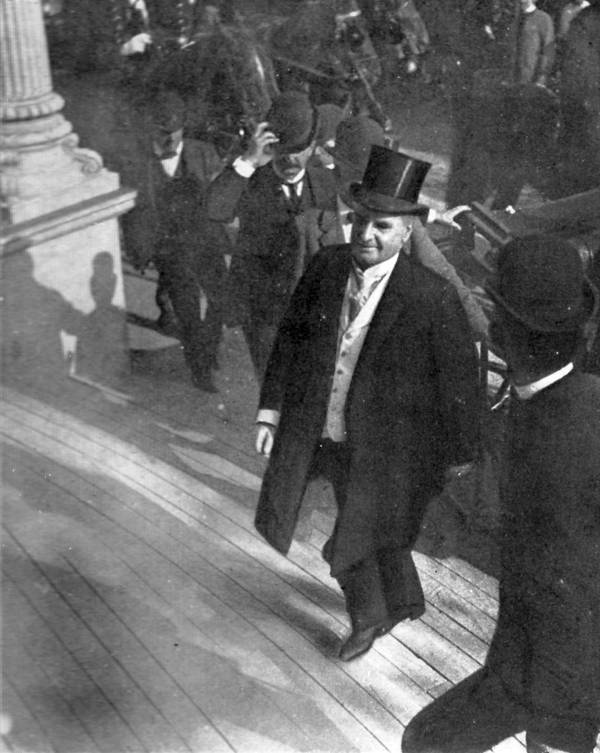 President William McKinley ascends the steps of the Temple of Music in Buffalo, N.Y. on Sept. 6, 1901. Inside the temple mere minutes later, anarchist Leon Czolgosz would assassinate McKinley with two gunshots to the abdomen.E. Benjamin Andrews/Wikimedia Commons 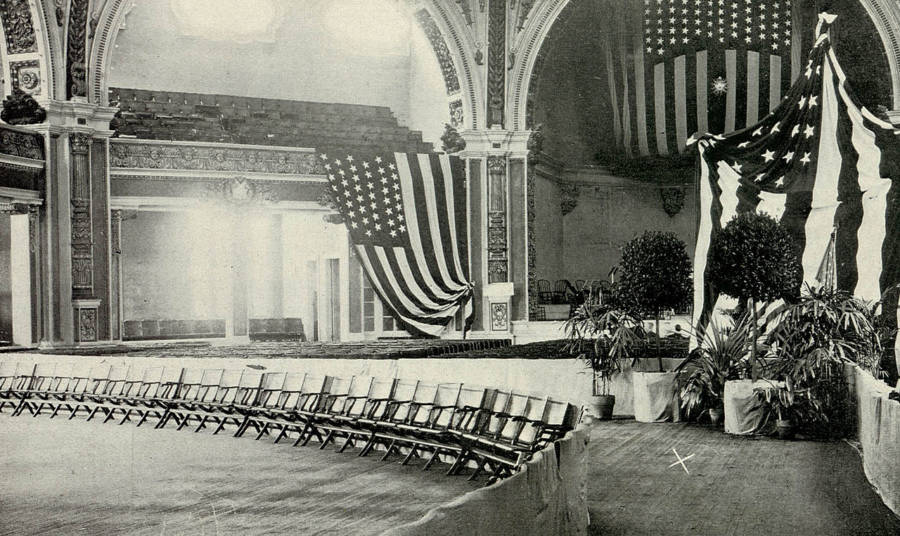 The interior of the Temple of Music, annotated by the photographer just after the assassination to mark the precise spot where McKinley was shot.Wikimedia Commons 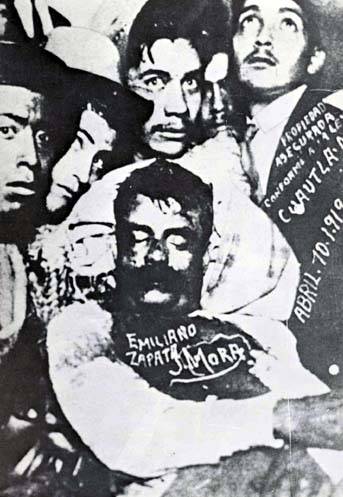 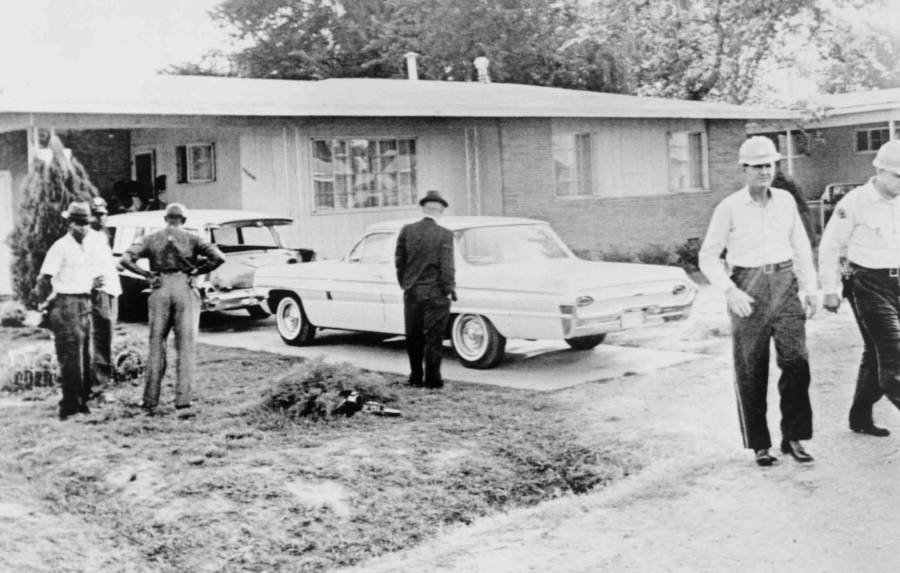 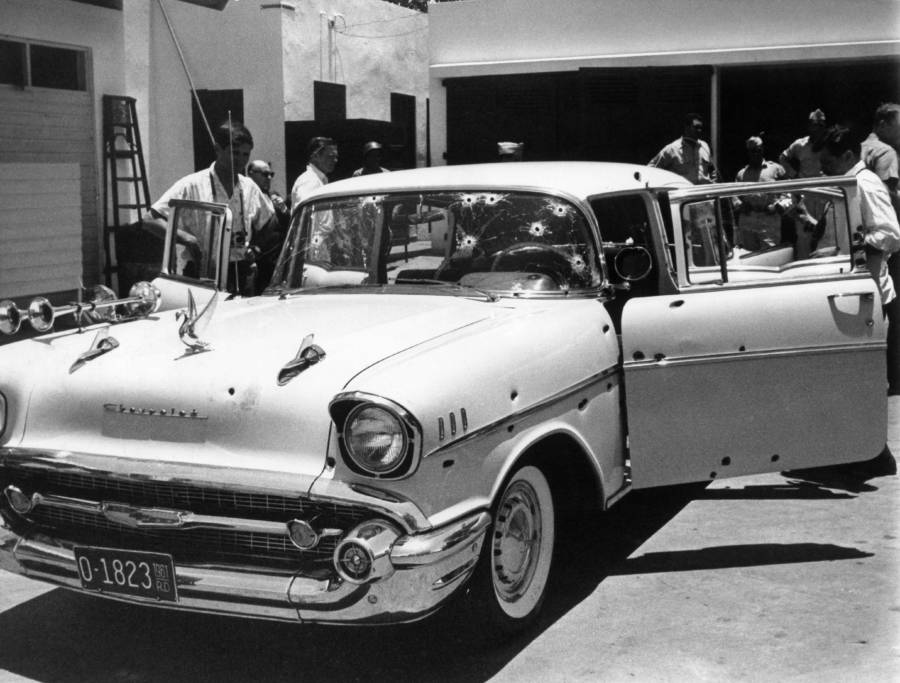 People gather around the bullet-riddled car of Dominican President Rafael Trujillo, who had just been killed in an ambush outside Ciudad Trujillo on May 30, 1961.ullstein bild/ullstein bild via Getty Images 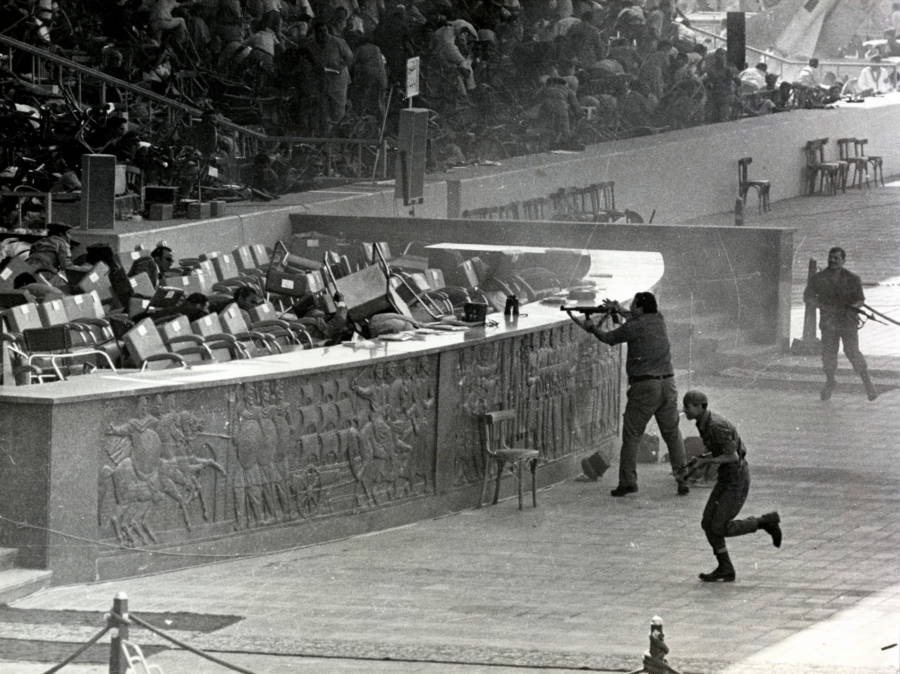 Islamist assassins fire in the direction of Egyptian President Anwar Sadat during the attack that took his life during a parade in Cairo, Egypt on Oct. 6, 1981.Universal History Archive/UIG via Getty Images 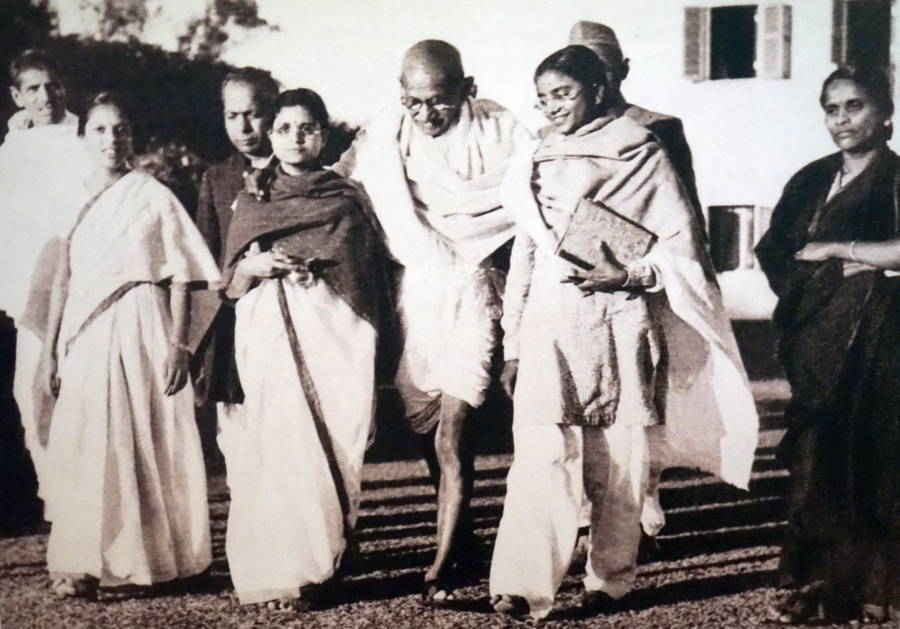 Gandhi walks with his grandnieces during a public gathering on the grounds of his home in New Delhi on January 30, 1948. Mere moments after this photo was taken, he was assassinated when radical Hindu nationalist Nathuram Godse walked right up to the Mahatma and fired three shots into this chest at point-blank range.Universal History Archive/ UIG via Getty Images

Few moments sear themselves into the course of history quite like an assassination.

More than a half-century after the fact, for example, most any American knows exactly what you mean when you simply refer to 11/22/63. Likewise, most Americans can readily summon the image of fingers pointing at an unseen assassin in the distance as the body of Martin Luther King Jr. lies on the balcony floor below.

And while so many of us know that iconic image well, far fewer of us have seen the photos that reveal what some other of modern history's most pivotal assassinations looked like just before, during, and after they unfolded.

For rarely-seen views of the tragic killings of everyone from Mahatma Gandhi to Robert Kennedy to Rasputin, take a look at the photos above.

Next, discover more about the John F. Kennedy assassination as well as the assassination of Inejiro Asanuma. Then, have a look at some of the most stunning photos taken just before and just after pivotal historical moments took place.