The Mawé believe that any boy who wants to become a man must experience the worst pain the jungle has to offer and stick their arm inside the bullet ant glove.

While many cultures have ceremonies to commemorate a boy’s entrance to manhood, none are quite like the unique practice of the Mawé.

The Sateré-Mawé are a tribe that lives in the Amazon rainforest of Brazil, who have a bizarre and painful rite of passage that all boys of the tribe must endure to be accepted as men.

The Mawé believe that any boy who wants to become a man must experience the worst pain the jungle has to offer: the sting of Paraponera clavata, the bullet ant.

The bullet ant is a species of ant with the most painful sting of any insect. True to its name, the ant supposedly has a sting that feels comparable to being shot with a bullet.

The sting rates a four out of four on the Schmidt sting pain index, a scale created by entomologist Justin O. Schmidt in the 1980s to categorize and rate the relative pain of different insect stings.

On its scale of one to four, only the stings of bullet ant and tarantula hawk wasp rate a perfect four.

Its sting is described as both wildly painful, and excruciating in its length. Schmidt described the sting as feeling like “huge waves and crescendos of burning pain.” 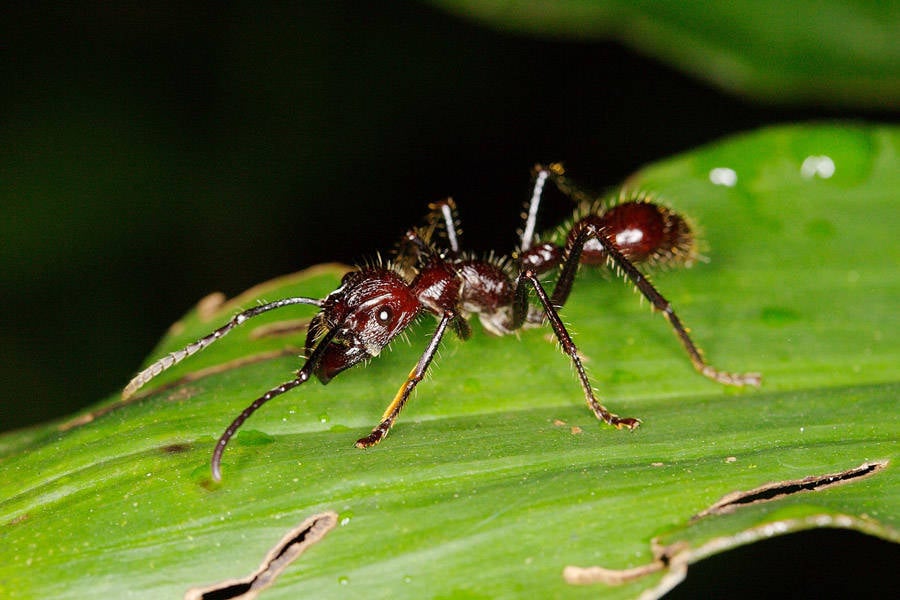 The pain continues for up to 24 hours, receding and returning regularly.

For their manhood ritual, the Mawé submerge hundreds of bullet ants in a natural sedative, rendering them unconscious. These large ants are then woven into gloves made of leaves, with their stingers pointing towards the inside of the glove.

When the ants regain consciousness, these gloves are then placed on the hands of young men undergoing the ritual. The boy must then keep the gloves on his hand for a full five minutes, while the hundreds of ants repeatedly sting him.

The bullet ant glove is then removed, but the boy will likely be in pain and shake uncontrollably for hours. He may even experience muscle paralysis, disorientation, and hallucinations.

To fully complete this initiation, and be accepted as a man by the tribe, the boys must endure this practice a total of 20 times over the course of months or even years.

This grueling trial is meant to prepare the boys for the traditional life of the Mawé, where he will face all the dangers the jungle has to offer as a hunter and warrior for his tribe.

Enjoy this article on the bullet ant glove? Next, learm about the world’s coolest coming of age traditions. Then, read about the uncontacted Amazon tribe members “killed and chopped up” by gold miners.