Two human skulls were found in the Andalusian cave — with one showing signs of decapitation and trepanation. 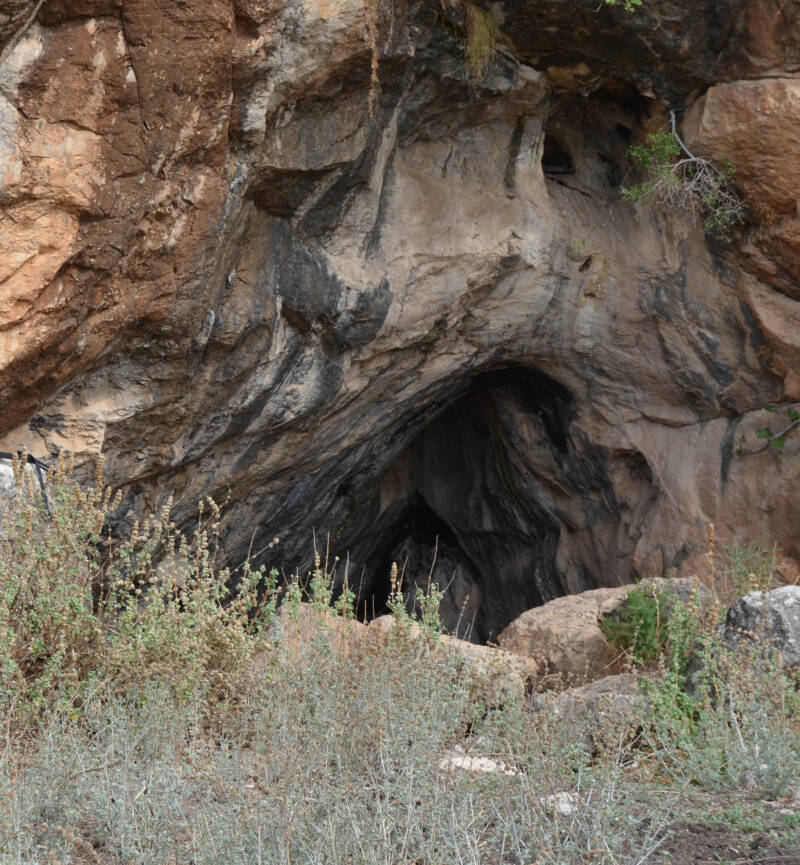 Researchers excavating Spain’s Cueva da la Dehesilla cave site in Andalusia have unearthed two human skulls, a goat skeleton, and a stone altar. The finds dating to between 4800 and 4000 B.C. may point to human sacrifice.

According to Archaeology, a wall within the caves separated the skulls and goat skeleton from the altar. The side containing the altar was littered with artifacts, including a hearth, ceramic vessels, charred plant remains, stone objects, and an upright stone slab, or stela.

According to EurekaAlert, these findings have forced experts like Daniel García Rivero to reevaluate Neolithic funerary rites from the era — and how much we actually know.

“This finding opens new lines of research and anthropological scenarios, where human and animal sacrifice may have been related to ancestral cults, propitiatory rituals, and divine prayers in commemorative festivities,” said Rivero. 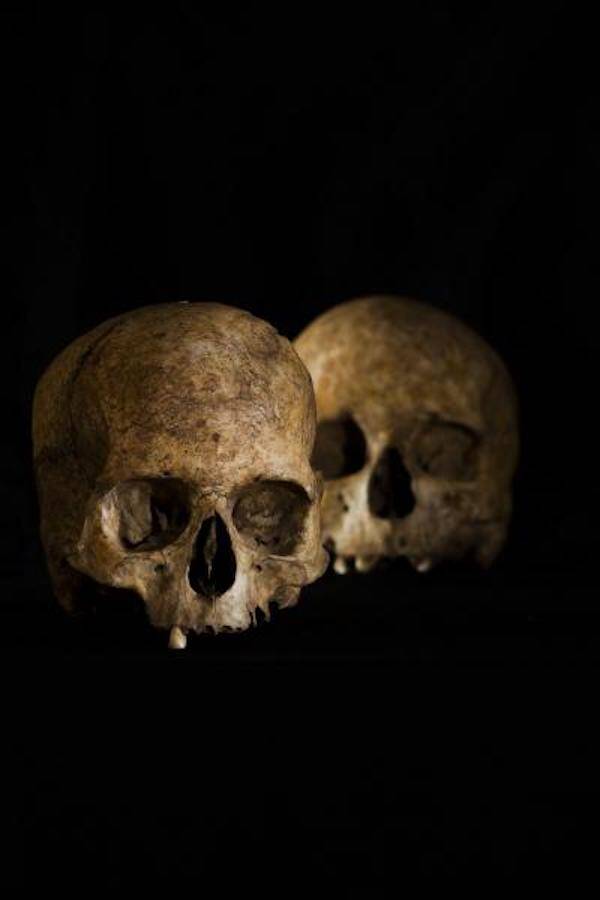 University of SevilleThe female skull contained a depression and clear signs of decapitation.

Published in the PLOS ONE journal, the findings have detailed a funerary ritual from the Middle Neolithic period that nobody has ever seen before. Virtually none of the unearthed excavations from this era in the Iberian Peninsula share the layout or assortment of items uncovered here.

According to LiveScience, trepanation was an ancient surgical intervention in which the skull was perforated for a variety of ailments. While some believe drilling into people’s skulls was primarily done to treat head injuries, other experts suggest the practice was used to ritualistically pull spirits from the patient’s body. 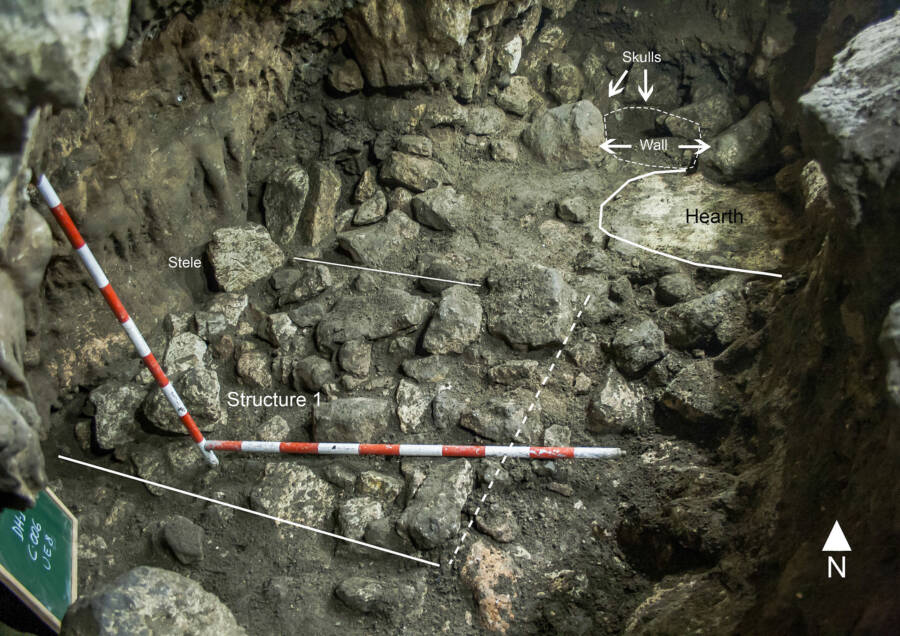 University of SevilleThe interior of the dig site, labeled to indicate the wall separating the finds.

“The differential treatment of skulls with traumatological evidence along with sacrificed animals, as well as the documented archaeological structures and materials do not match the normative funerary record we were working with until now,” said Rivero.

The archaeological structures and materials found at the site include a stone altar with a standing block, a hearth, numerous decorated ceramic vessels, lithic objects, and charred plant remains. For experts on this specific historical period like Rivero, the discovery is simply remarkable.

The record regarding Neolithic funerary rites in the Iberian Peninsula has previously shown exclusively individual burials. Furthermore, burials typically occur near areas of habitat — and are largely associated with remains of ceramics and homes rather than stone structures like the uncovered altar. 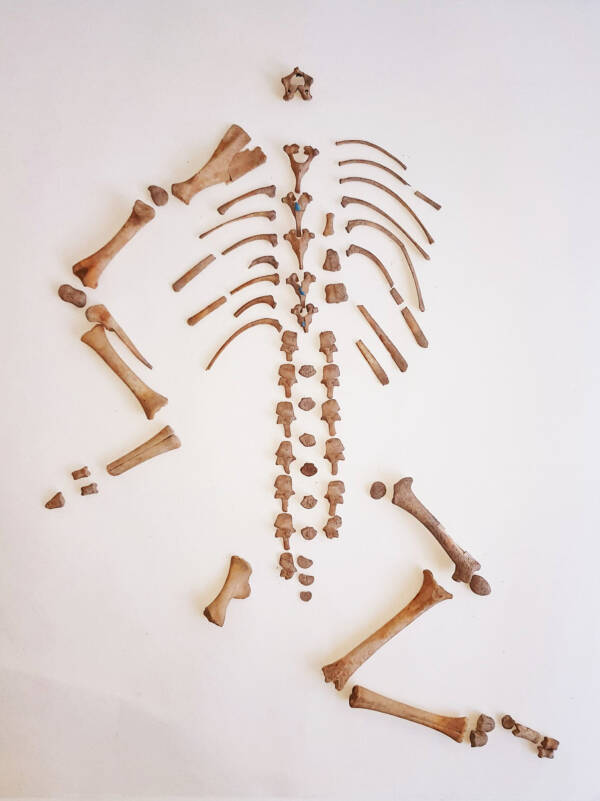 A review and study of the entire funerary record from this period and place has allowed experts to draw new distinctions. Researchers now believe that there was probably a division of some sort between the Andalusian region and the eastern seaboard of the peninsula.

“This discovery is of great importance not only because of its peculiarity, but also because it constitutes a sealed, intact ritual deposit, which is a great opportunity to gain a more detailed insight into the funerary and ritual behaviors of the Neolithic populations of the Iberian Peninsula.”

Ultimately, by shedding new light on these ancient funerary practices, we gain a better understanding of the ways in which humans have always grappled with the inevitability of death.

Next, investigate the facts (and fiction) about human sacrifice rituals among Indigenous Americans. Then, learn about the Aztec tower of human skulls discovered in Mexico City.