Discover the gruesome truths and the perpetuated fabrications about human sacrifice in the Aztecs Mayan, Incan, and Hawaiian civilizations.

In the ancient Americas, however, cultures now considered to be highly influential and civilized saw human sacrifice as a necessary part of everyday life. Whether it was to appease the gods or ensure success in battle and agriculture, for the following peoples, the lines between sacrifice and simple survival were often blurred. 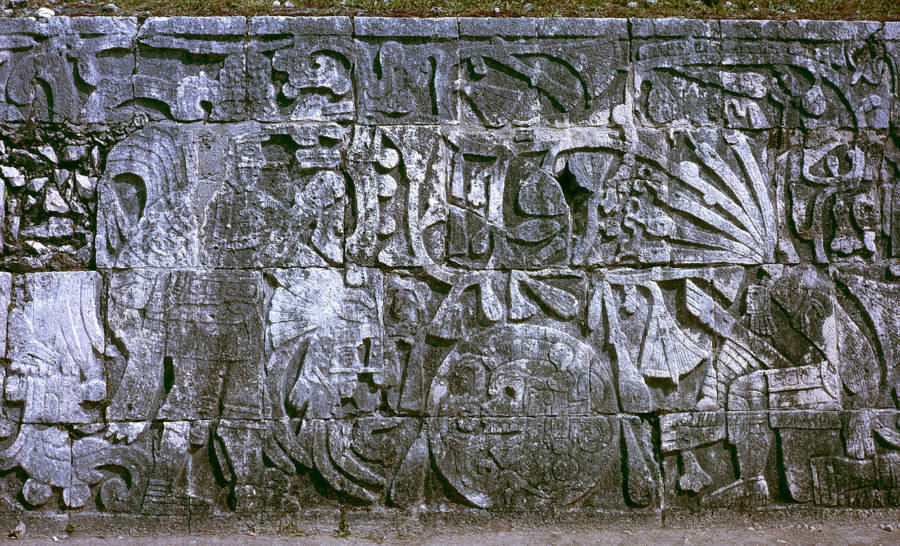 Wikimedia CommonsSculpture in the Great Ballcourt at Chichen Itza depicting sacrifice by decapitation. The figure at left holds the severed head of the figure at right, who spouts blood in the form of serpents from his neck.

The Mayans are mostly known for their contributions to astronomy, calendar-making, and mathematics, or for the impressive amount of architecture and artwork that they left behind. They are also believed to be the first American culture to incorporate human sacrifice into daily life.

Blood was viewed as an incomparable source of nourishment for Mayan deities. In a time before scientific understanding, human blood became the ultimate offering and was kept flowing to protect their daily way of life.

These sacrificial rituals were held in such high regard that only prisoners of war of the highest status could be used for them; other captives were typically sent into the labor force.

The most common methods were decapitation and heart removal, neither of which would occur until the victim had been thoroughly tortured.

Heart-removal ceremonies took place in the courtyard of temples or at the summit of one and were considered the highest honor. The person to be sacrificed was often painted blue and adorned with a ceremonial headdress while being held down by four attendants. These four attendants represented the cardinal directions of north, south, east and west.

A sacrificial knife was then used to cut into the victim’s chest, at which point a priest would pull out the heart and then show it to the surrounding crowd. After passing the heart to a priest known as the Chilan, blood would be smeared onto the image of a god and the lifeless body would be thrown down the pyramid steps. The sacrificed person’s hands and feet were left alone but the rest of their skin was worn by the Chilan as he performed a ritual dance of rebirth.

Decapitations were equally ceremonial, with a high importance again placed on the swift flow of blood down the temple steps.

Other methods of human sacrifice included death by arrows or even being thrown into The Sacred Cenote in Chichen Itza during times of famine, drought or disease. The Sacred Cenote is a naturally occurring sinkhole eroded into local limestone. Approximately 160 feet wide and 66 feet deep with another 66 feet of water at the bottom and sheer sides all around, it acted as a proverbial mouth in the Earth, waiting to swallow victims whole.