Craters quickly growing across Russia have mystified scientists over the past few years. But most can agree that they're not a good sign. 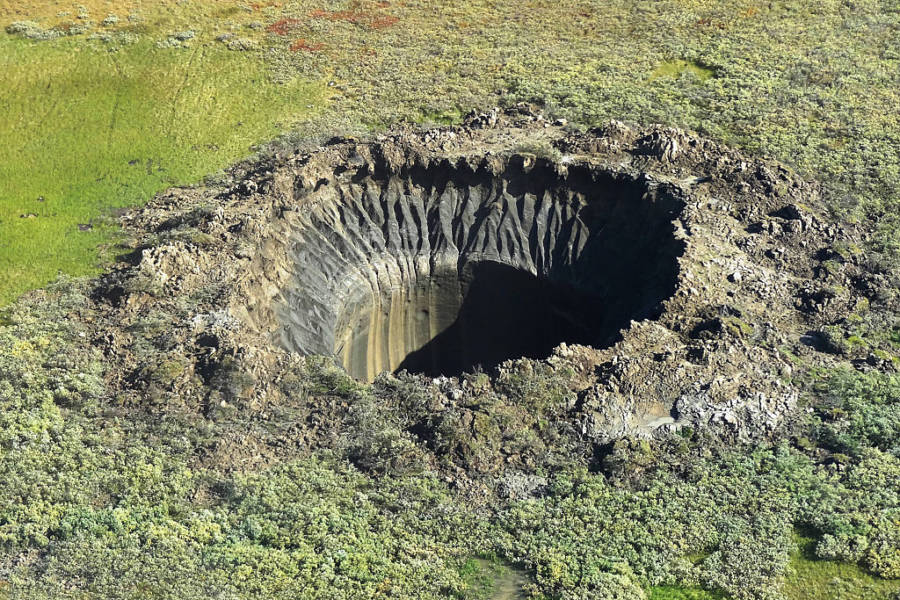 The name of the Yamal Peninsula in Siberia translates literally to the “End of the Earth.”

It’s a disturbingly appropriate name for a place where the effects of global warming are materializing in the form of giant, gas-leaking sinkholes.

The mysterious holes began appearing in 2014 — the first measuring more than 50 feet wide. At the time, scientists were unsure of what was going on.

Warmer temperatures are melting permafrost in Siberia, opening up large craters where previously frozen ground collapses under its weight.

More than ten craters later, and they’ve found melting permafrost to be a likely culprit — which is not a good sign for the environment.

“The last time we saw a permafrost melting was 130,000 years ago,” Dr. Gideon Henderson, a professor of earth sciences at Oxford, told CNBC. “It’s a natural phenomenon because of changes in the earth’s orbit.”

So the melting in itself is not an issue. The scope of it, however, really is.

“What is definitely unprecedented is the rate of warming,” Henderson explained. “The warming that happened 130,000 years ago happened over thousands of years…What we see happening now is warming over decades or a century.”

This accelerated climate change can be seen in the quickly deteriorating permafrost, which releases significant amounts of carbon as it thaws.

The release of carbon then further escalates the rate of global warming, which will then melt more permafrost as part of a vicious and potentially deadly cycle.

“People in permafrost regions rely on frozen ground for their infrastructure,” Henderson said. “As the ground melts, the railway collapses, the roads fall apart, the buildings sink into the ground…It’s happening already.” 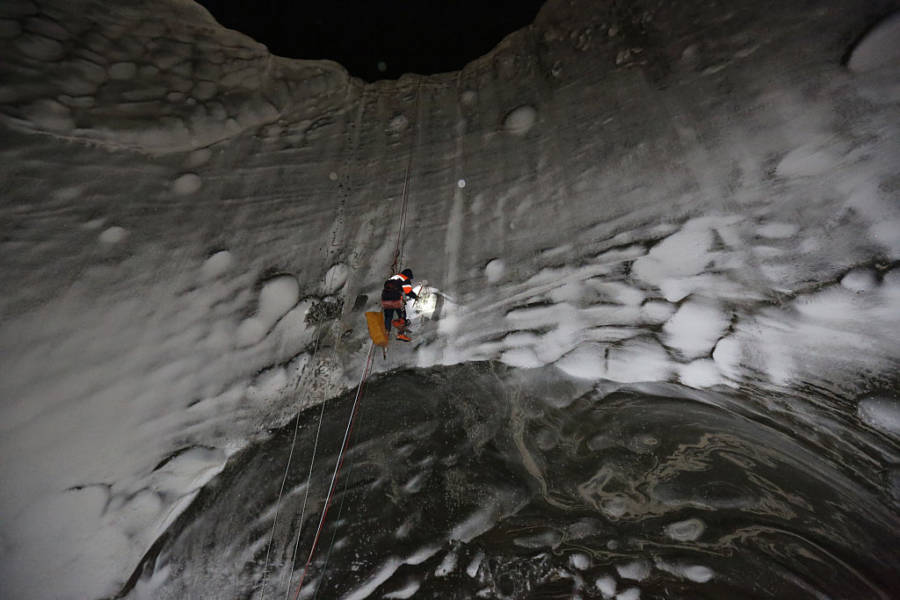 The permafrost also releases methane, which warms the planet 86 times faster than carbon dioxide, according to the Intergovernmental Panel on Climate Change.

The exact cause of the craters remains unproven, so researchers are unsure exactly how much gas is being released from the holes. But every proposed theory has rising temperatures at its center.

Many scientists believe that the release of gasses underground is causing crater-making explosions.

Some of the craters now stretch about 330 feet across and a few of them have turned into lakes. 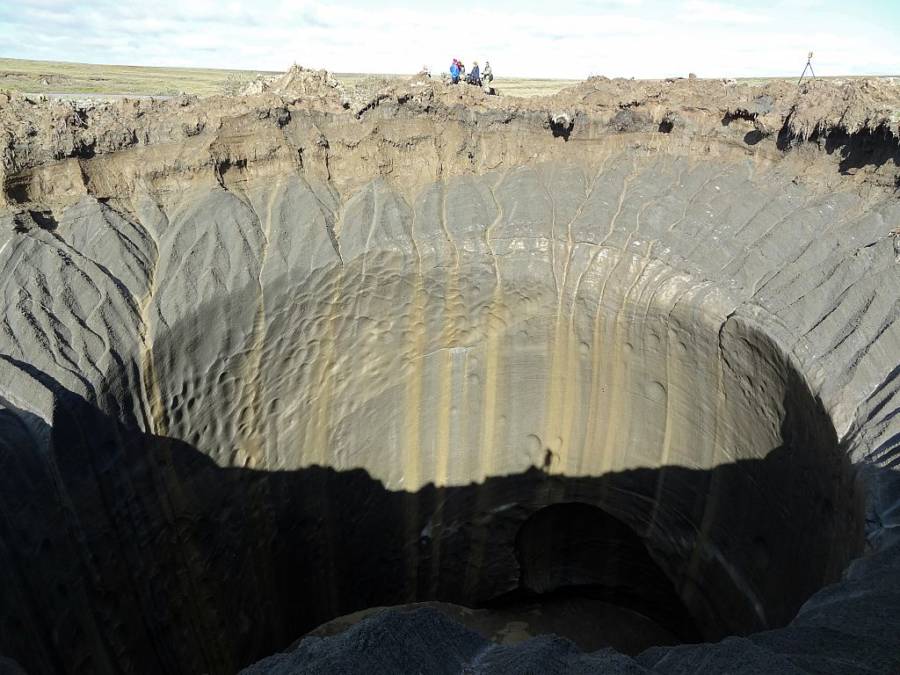 While the holes are almost undoubtedly a sign of global warming, they also could provide clues in how to best combat it.

As the ground continues to open up, the Earth is revealing 200,000 years of climate history in the ice sheet layers.

“If we can understand what the ecosystem was like then — that might give us some inkling into how the environment may change now if the climate is warming.”

One positive side of a phenomenon locals have named the “doorway to the underworld.”

Next, learn how scientists finally solved the mystery behind Antarctica’s Blood Falls.