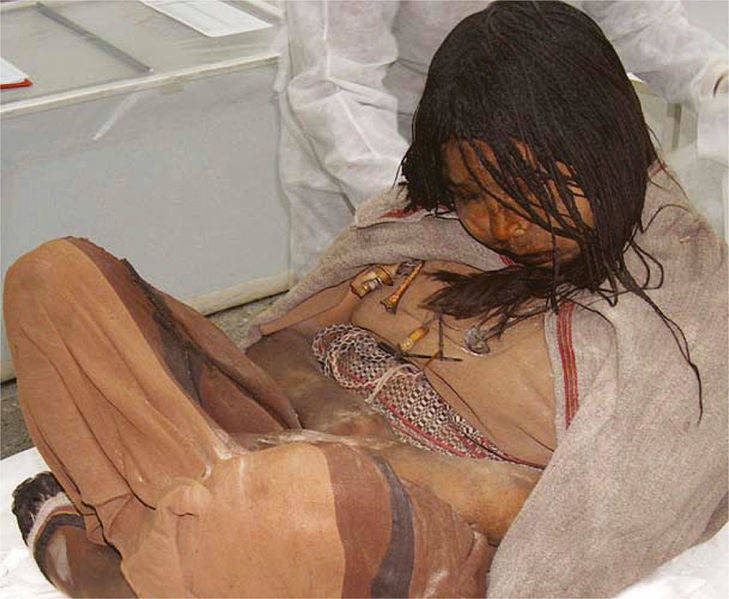 Wikimedia CommonsThe mummy of a child, uncovered at the border of Chile and Argentina, believed to have been sacrificed by the Incas.

The Inca Empire was the largest in pre-Columbian America, stretching through what is now modern-day Columbia, Peru, Ecuador, western and south central Bolivia, northwest Argentina, and into northern and central Chile. Partially because of this vast size, it was plagued by a variety of natural disasters — everything from volcanic eruptions to earthquakes and massive floods.

The Incas resorted to the practice of human sacrifice as a way to prevent, recover and cope with these regularly occurring upheavals. The Incas are most known for their sacrifice of children.

Many sacrifices were prisoners but archaeological records have proven that some children were actually raised specifically for these ritual killings. The Incas believed that physically healthy children were the purest sacrifices available and that the afterlife for these children would truly be a better, happier place.

Humans to be sacrificed were treated like demigods before they were killed. Excellent diets, feasts to honor them, and even meetings with the Emperor were offered along with a much-envied position in the afterlife. Because of this, many of the children and their families went to the grave willingly – in fact, they saw it as an honor.

On occasions such as the king’s inauguration, the Inca sacrificed as many as 200 young people at once. The hair of Inca mummies from the time has revealed that many child sacrifices were significantly drugged with alcohol and derivatives of the cocoa plant for weeks leading up to their deaths.

Some of the younger mummies showed signs of blunt trauma to the head but many of the pubescent women selected simply seemed to have drunk themselves into a final stupor before peacefully accepting their fate. These victims faced such horrible and drawn-out deaths as being buried alive, yet their remains reveal absolutely no sign of struggle.