Da Vinci Painting, Most Expensive Artwork Ever Sold, Was Actually Painted By His Assistant, Expert Says

The painting is attributed to Leonardo da Vinci but a historian has come forward with a theory that it is actually the work of one of his assistants. 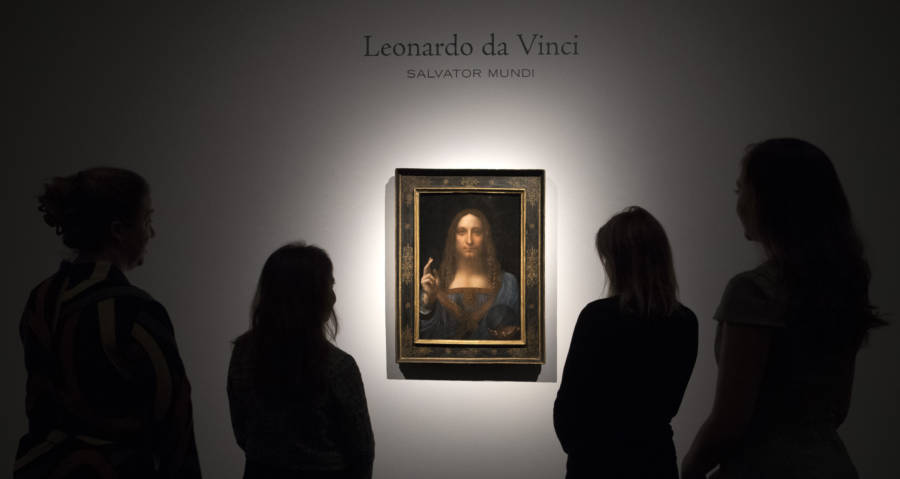 Carl Court/Getty ImagesLeonardo da Vinci’s Salvator Mundi before it is auctioned in New York on November 15, 2017 at Christies.

Months after its sale, the most expensive piece of artwork ever sold is having its attribution called into question.

The $450 million painting titled Salvator Mundi, is believed to be the work of world-renowned artist Leonardo da Vinci, but Matthew Landrus, an Oxford University research fellow and da Vinci scholar, claims that the famous painter only contributed about 20% of the work for the painting.

“It is a Leonardo painting with the help of workshop assistants,” Landrus told CNN. “And I think that the help of Bernardino Luini is particularly noticeable in the painting.”

Luini was a north Italian painter in the late 1400s who was one of da Vinici’s studio assistants and painted in his style. Landrus firmly believes that Luini played a huge role in the painting.

“This is a Luini painting,” Landrus told The Guardian. “By looking at the various versions of Leonardo’s students’ works, one can see that Luini paints just like that work you see in the Salvator Mundi.”

The portrait, which was sold in Nov. 2017 by Christie’s New York, depicts Jesus gesturing a blessing with his right hand and holding a crystal orb in the other. It was acquired by the Abu Dhabi Department of Culture and Tourism and will be on display in September at the Louvre Abu Dhabi before it is added to the Leonardo da Vinci exhibition at the Louvre in Paris sometime in 2019. 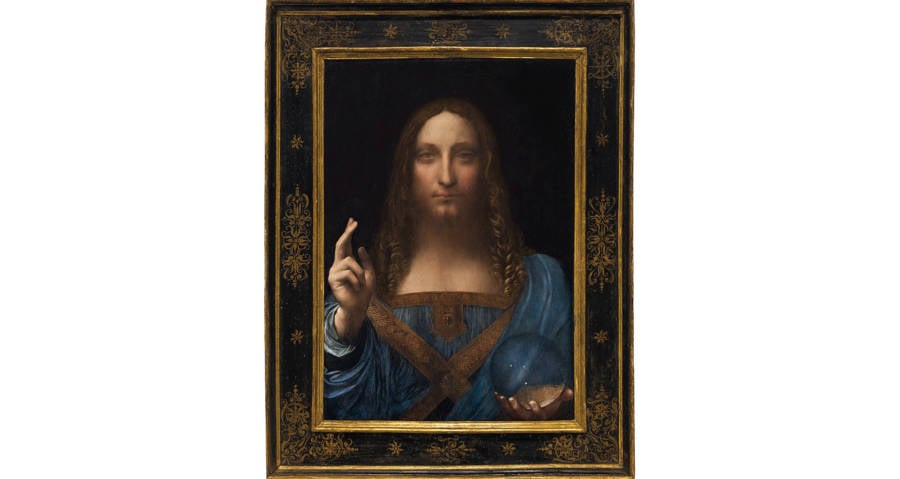 Landrus told CNN that the drapery and parts of Jesus’ robe and belt are where Luini’s work can be the most easily detected.

However, Landrus made sure to point out that the work was not all Luini. He believes that da Vinci finished the painting noting that the hands, face, crystal ball and texture of the painting are classic signs of da Vinci’s work. He also said that collaborations between artist and studio assistants were very common during the time period.

“Leonardo has worked on the painting (and) I think it is important to recognize,” Landrus said. “We tend to think in black and white – one or the other, when it comes to attribution, but that’s definitely not the tradition. The tradition was to get help from the studio.”

This is not the first time that the painting has been linked to Luini. In 1900, the painting resurfaced after 200 years when it was acquired by Sir Charles Robinson for the Cook collection and was labeled a Luini work. However, a large team of experts examined the painting and concluded that the painting was indeed the work of da Vinci.

There are several experts who agree the Landrus’ claims and question the painting’s attribution to da Vinci, but there are still many others who steadfastly believe it is the work of da Vinci.

In an email to CNN, Martin Kemp, the curator of Italian Paintings at London’s National Gallery, said, “The book I am publishing … will present a conclusive body of evidence that the Salvator Mundi is a masterpiece by Leonardo. In the meantime I am not addressing ill-founded assertions that would attract no attention were it not for the sale price.”

The debate over the painting’s attribution has been going on for over a century and doesn’t look like it is going to end any time soon.

Now that you’ve finished reading about the debate over the world’s most expensive piece of artwork, check out the six ingenious Leonardo da Vinci inventions that changed history forever. Then, look at this topless sketch that may be da Vinci’s Mona Lisa prototype.