Experts now seek to find out whether this sketch was the precursor to da Vinci's iconic painting. 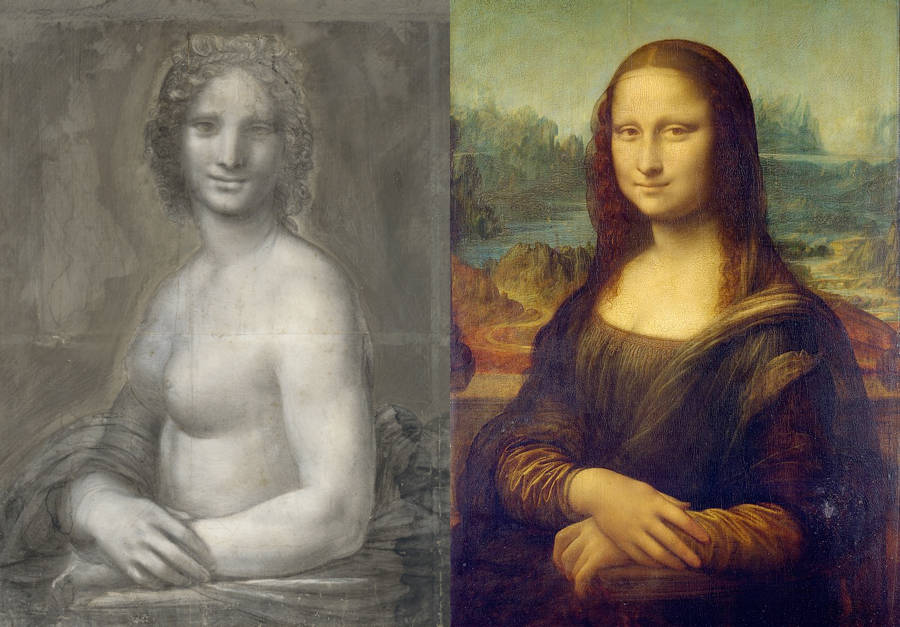 Before painting the iconic Mona Lisa, might Leonardo da Vinci have sketched a nude version first?

This is precisely the question that experts at the Louvre in Paris are now trying to figure out. Previously attributed to one of da Vinci’s students, this sketch known as the Monna Vanna may have in fact been created by the man himself — and could have been a precursor to the Mona Lisa.

Thus far, curators at the Louvre believe that the Monna Vanna was created “at least in part” by da Vinci himself, reports the BBC. And if the sketch isn’t solely da Vinci’s work, it was at least drawn in his studio and with the help of his students.

But the sketch could very well be da Vinci’s work alone, based on evidence that some of the experts have found. For one, the paper comes from the time and place in which da Vinci lived and the particular sketching quality of the Monna Vanna recalls da Vinci’s, particularly when it comes to the subject’s face and arms, which are positioned in just the same way as the Mona Lisa’s.

Furthermore, the experts have found holes in the paper around the Monna Vanna’s fingers, indicating that it may have been used to trace its form onto a canvas in preparation for an oil painting. But as to whether or not the Monna Vanna was some kind of preparatory work for the Mona Lisa itself, that remains a mystery for now.

Art historians have long suspected, however, that da Vinci did, in fact, create a nude version of the Mona Lisa that has not yet been found. The hope that the Monna Vanna might be this missing link is certainly fueling the experts still hard at work analyzing this mysterious sketch.

Next, find out all the facts about the Mona Lisa. Then, have a look at the most important inventions created by Leonardo da Vinci.