The Chilling Case Of Daniel LaPlante, The 17-Year-Old Who Raped And Murdered A Pregnant Mom — Then Drowned Her Two Kids

After tormenting the family of a girl he was stalking by secretly living inside their walls for several weeks, Daniel LaPlante committed his worst crime yet when he broke into the home of Priscilla Gustafson in December 1987.

Daniel LaPlante was 17 years old in 1987 when he brutally murdered a Townsend, Massachusetts, pregnant woman named Priscilla Gustafson and her two children. Adding to this horror was the shocking incident from the year before – of LaPlante terrorizing another family by living within the walls of their home.

LaPlante, a notorious local burglar, had carefully initiated a reign of psychological terror throughout Townsend and its surrounding neighborhoods.

Then came the Gustafson murders of Dec. 1, 1987, consigning LaPlante to prison for the rest of his life. 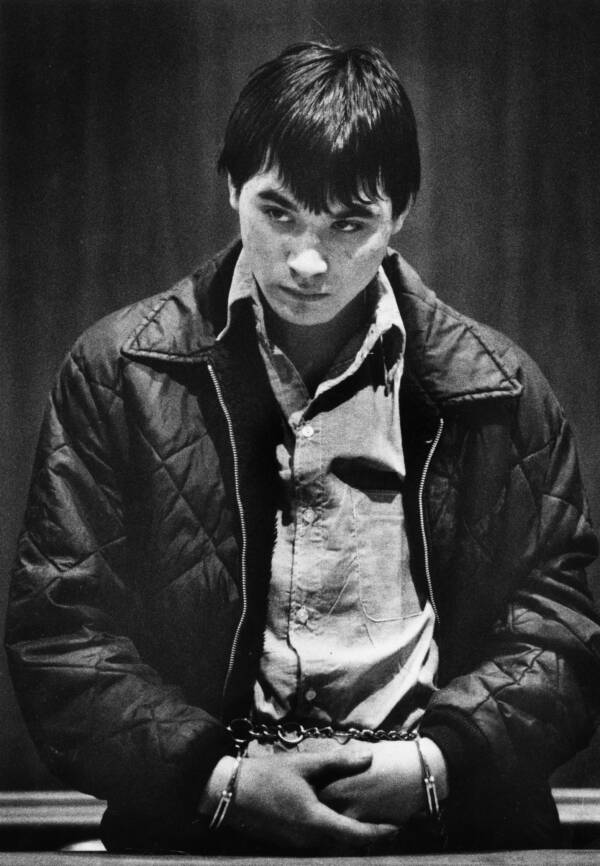 Barry Chin/Boston Globe StaffDaniel LaPlante was just 17 when he committed one of the most horrifying murders Massachusetts had ever seen.

LaPlante’s environment was no less chaotic. His family’s house and surrounding grounds were reportedly a mass of junk and old cars. LaPlante attended St. Bernard’s High School in Fitchburg, where he was described by students and faculty as a loner and not particularly friendly.

By the 1980s, a neighbor had grown concerned over LaPlante’s many solo excursions into the woods behind his home, according to the Boston Globe. “You’d see him walk out there by himself. That’s the only place you would see him, the woods.”

Diagnosed with hyperactivity disorder by the psychiatrist who allegedly sexually abused him, LaPlante became a neighborhood thief by 15. He broke into Townsend homes during the evenings, stole occupants’ valuables, and then he graduated to mind games.

LaPlante began leaving things behind and moving things around in his neighbors’ houses to scare them. In 1986, his mind games turned to pure terror when he became obsessed with 15-year-old Tina Bowen.

They attended the same school, and LaPlante had taken her on a date over the Easter break. When Bowen returned to school, some students told her that LaPlante was facing rape charges and according to her father, Frank Bowen, that was that. Or so he thought.

Becoming The Boy In The Walls 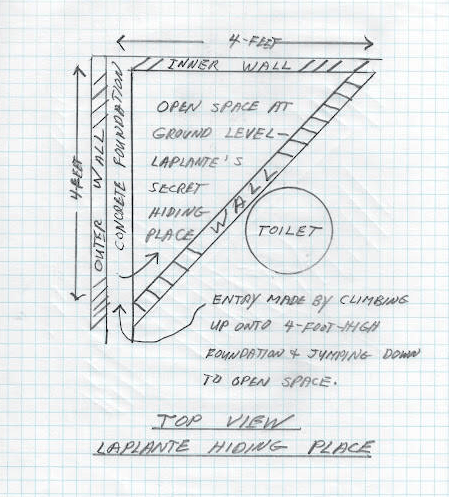 Over the course of several weeks in late Fall 1986, Daniel LaPlante gained entry to the Bowen home at 93 Lawrence Street, in Pepperell, near Townsend. From a small crawl space no wider than six inches, he initiated psychological torment on the family.

After watching Tina and her sister try to contact their recently deceased mother on a ouija board, LaPlante began impersonating a ghost. TV channels were changed, items were rearranged, milk mysteriously consumed. He even emptied bottles of alcohol without drinking them and scrawled disturbing messages like “marry me” and “I’m in your room. Come and find me,” on the walls in mayonnaise and ketchup. A knife was found pinning a family photograph to the wall.

Though Frank Bowen believed his daughters were messing with each other, he soon learned the truth was far worse. On Dec. 8, 1986, the girls returned home to find someone had used their toilet. After a search by Frank Bowen, LaPlante was discovered in a wardrobe, face painted, wearing a Native American-style jacket and ninja mask — and brandishing a hatchet.

LaPlante hustled them into a bedroom before disappearing somewhere in the house. Tina Bowen escaped through a window and contacted police, who found LaPlante two days later in the cellar of the house.

Hiding in a triangular space in a corner, bounded on two sides by the concrete foundation and an inner wall, LaPlante had clearly been living there for weeks.

Following his arrest at the Bowen home, LaPlante was held in a juvenile facility until October 1987 when his mother remortgaged her house ensuring his $10,000 bail. Two months later, he committed his worst crime yet. 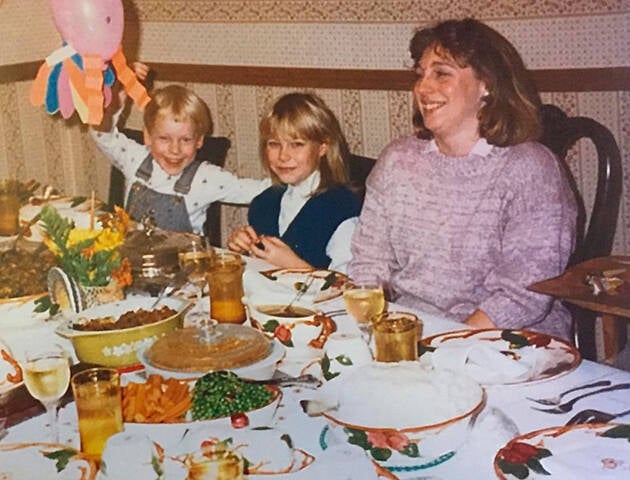 National Organization of Victims of Juvenile MurderersPriscilla Gustafson with her two children, Abigail and William.

While awaiting trial, LaPlante moved home and continued his daytime burglary spree. On Oct. 14, 1987, he stole two .22 Caliber firearms from a neighboring house. On Nov. 16, 1987, LaPlante burglarized the home of the Gustafson family, which included pregnant nursery school teacher Priscilla Gustafson, her husband Andrew, and their two children, five-year-old William and seven-year-old Abigail.

But this wouldn’t be the last time LaPlante broke into their home. On Dec. 1, 1987, LaPlante walked through the woods separating his house from the Gustafson’s armed with a .22 firearm. He later claimed he didn’t expect Priscilla and her children to come home. What happened next is every family’s worst nightmare.

According to retired Pepperell Lieutenant Thomas Lane, LaPlante considered jumping out the window and escaping. Instead, he confronted Priscilla with the gun and led her and her son to the bedroom, putting William in the closet and tying Priscilla to the bed using makeshift ligatures and gagging her with one of his socks.

After raping Priscilla, Laplante shot her twice in the head. He then took William into the bathroom and drowned him. As he was leaving, he encountered Abigail Gustafson, who had returned home on the school bus. He lured Abigail into another bathroom where he drowned her as well.

Then, LaPlante simply returned home and attended his niece’s birthday party that evening.

A Life Sentence For Daniel LaPlante 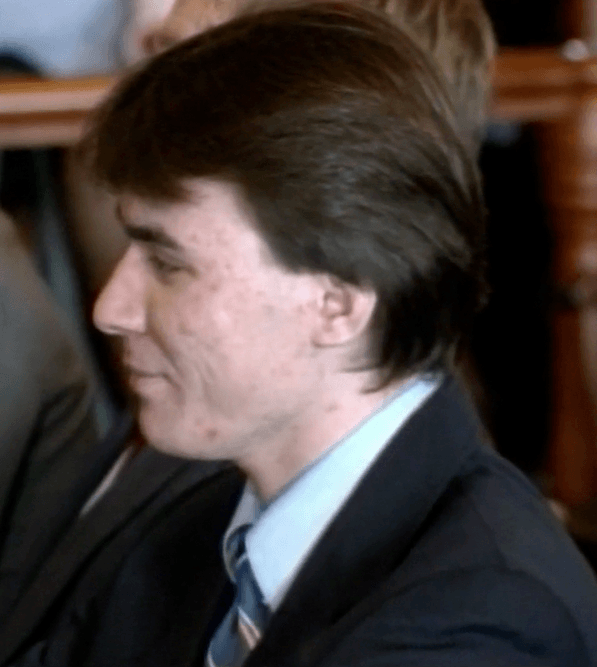 Meanwhile, Andrew Gustafson had been calling his wife all afternoon. Returning to an eerily quiet house with no lights on, Gustafson feared the worst. He first found his wife dead, lying face down on the bedspread. Then, he fled the house and called police. He later reported that he refused to look for the children because, “I was afraid I would find them dead.”

According to court documents, LaPlante was easily implicated in the scheme using forensic evidence. Police even found the shirt and gloves he wore to drown the children in the woods behind the Gustafson house, still wet.

With the scent of the shirt, dogs tracked through the woods to within three to four feet of LaPlante’s home. The evening after the Gustafson murders, LaPlante was interrogated. Lacking enough evidence to arrest him there, police planned to return the following day, but LaPlante fled and a massive manhunt ensued.

After another burglary spree in Pepperell, LaPlante was found hiding in a dumpster and arrested on the evening of Dec. 3, 1987.

LaPlante went on trial for the Gustafson murders in October 1988 and a jury found him guilty of murder. He was convicted on three life sentences.

Chillingly, that wasn’t the end to his story. LaPlante appealed for a reduced sentence in 2017, but the judge found that he was not remorseful for his crimes. Instead, the judge affirmed LaPlante’s sentence of three consecutive terms of life imprisonment.

He will not be up for parole for another 45 years.

After learning the horrifying story of Daniel LaPlante, read about how serial killer Richard Ramirez was captured by his teeth. Then, learn about the grisly Keddie Cabin murders.