Two fishermen at the Lake Erie Walleye Trail tournament were caught stuffing lead balls into a number of walleyes in hopes of winning the almost $30,000 prize. 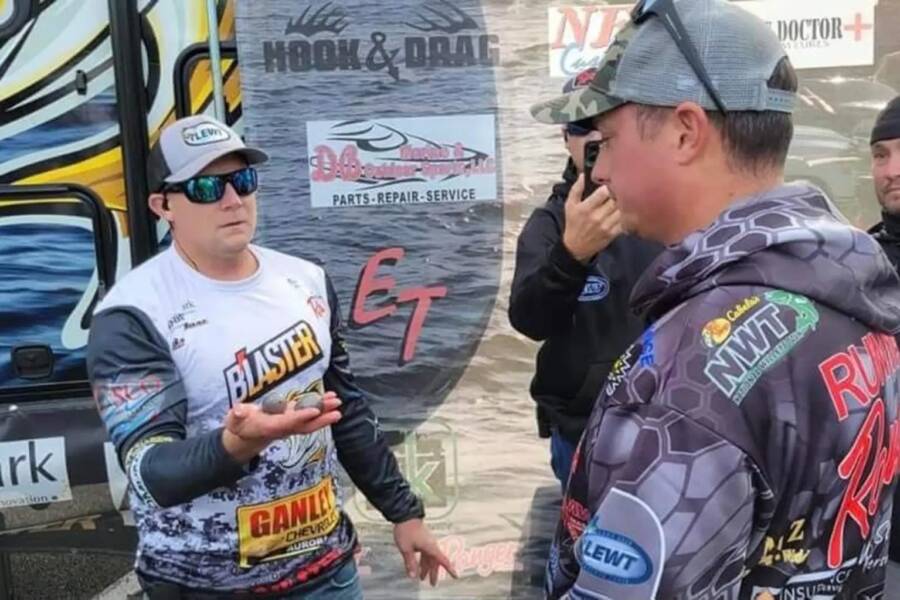 Facebook/TikTokJason Fischer, the director of the Lake Erie Walleye Trail tournament, holds two weights that he found inside of the walleyes.

Two fishermen competing in the Lake Erie Walleye Trail tournament in Ohio on Friday tried to tip the scales — literally — by inserting lead balls into fish they caught. Their catch seemed extra fishy to tournament director Jason Fischer, who revealed their attempted deception in a now-viral video.

“We got weights in fish!” Fischer shouted as he pulled out the first weight. As onlookers yelled in indignation, Fischer turned to the two fishermen accused of cheating, Jacob Runyan and Chase Cominsky, and told them to “Get the f*** outta here!”

According to CNN, the tournament director thought something was suspicious about Runyan and Cominsky’s catch as soon as he saw their fish during the weigh-in. Though the fish weighed in at about seven pounds each, all but guaranteeing that Runyan and Cominksy would win the $28,760 prize money, Fischer thought that they looked closer to four pounds.

“I thought, there’s just no way,” he told CNN. “I could also hear the crowd grumbling, like ‘no way, there’s no way.'”

Fischer picked up one of the fish and gave it a squeeze. And when he felt something hard in its gut, he got out a knife to investigate.

“It’s not like they’re eating rocks,” Fischer explained to The New York Times.

As the crowd watched, Fischer pulled out a number of lead balls from within the fish. CBS reports that Fischer gutted all of Runyan and Cominksy’s fish, and found them similarly stuffed to increase their weight. 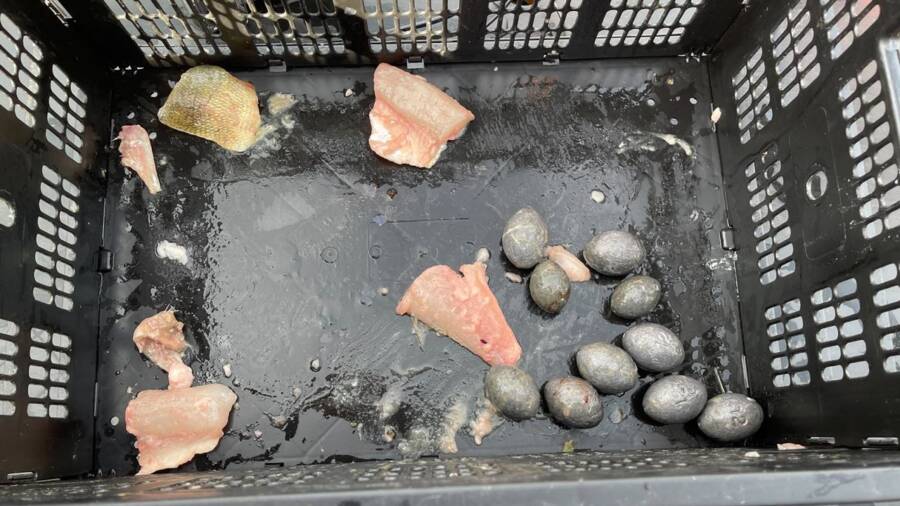 As onlookers jeered, Fischer told Runyan and Cominsky to leave and instructed the crowd not to hassle them. According to The New York Times, Fischer, a police sergeant in a Cleveland suburb by day, has since turned the case over to local law enforcement. A spokeswoman for the Cuyahoga County prosecutor’s office told The New York Times that the case was ongoing.

But the cheating scandal raises questions about Runyan and Cominsky. CNN reports that the fishing duo is well known in the world of competitive fishing and that they’d previously won a number of other tournaments.

It also shines a light on darker aspects of the sport. Ross Robertson, a professional angler, told The New York Times that a steady increase in prize money has encouraged competitors to get creative, and that cheating in competitive fishing is surprisingly common.

He claims that cheaters have their friends sneak pre-caught fish to them, that they fish in prohibited areas, and that they put pre-caught fish in cages before competitions. Some might even stuff the fish with ice, which makes the fish heavier but leaves no evidence of tampering.

Robertson told The New York Times that Runyan and Cominksy’s method of cheating was “sloppy.” He said that stuffing the fish with lead balls made their attempted deceit obvious to the judges and the crowd.

“It would be like saying a five-foot-tall person weighs 500 pounds, but you look at him and he looks like an athlete,” Robertson told The New York Times. “These fish were so bulging.” 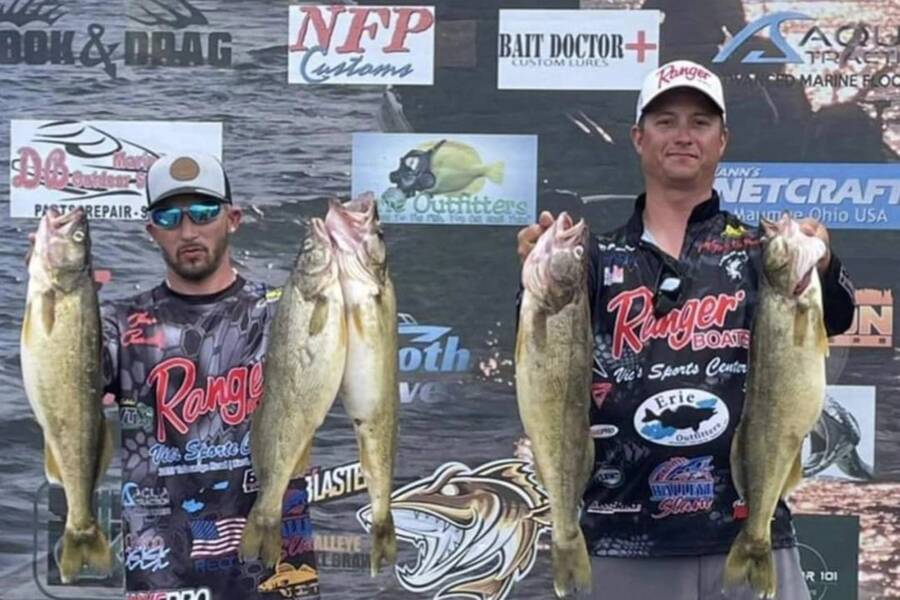 Facebook/TikTokRunyan and Cominksy with their fish. Their five fish weighed about 34 pounds total, but looked as if they should weigh just 20.

For Fischer, who hosts eight fishing tournaments a year, the cheating scandal is an embarrassment and a disappointment.

“This is a family atmosphere,” he told CNN. “We all take pride in this sport… For someone to essentially cheat [competitors] out of not only money but family time, I can’t believe that they would.”

“Disgusted guys and gals, I’m sorry for letting you down for so long and I’m glad I caught cheating taking place in YOUR [Lake Erie Walleye Trail] at the same time… I hope you know now that when I say ‘you built this LEWT and I will defend its integrity at all costs’, I mean it. You all deserve the best.”

Neither Runyan nor Cominsky have commented on the allegations.

After reading about the competitive fishermen who put weights in their fish, look through these pictures of the weirdest freshwater fish ever caught. Or, see how Yemeni fishermen found a 280-pound chunk of ambergris — “whale vomit” — which sold for $1.5 million.