During World War II, Dietrich von Choltitz claimed to have disobeyed Hitler's orders to burn Paris to the ground. But where does the truth lie? 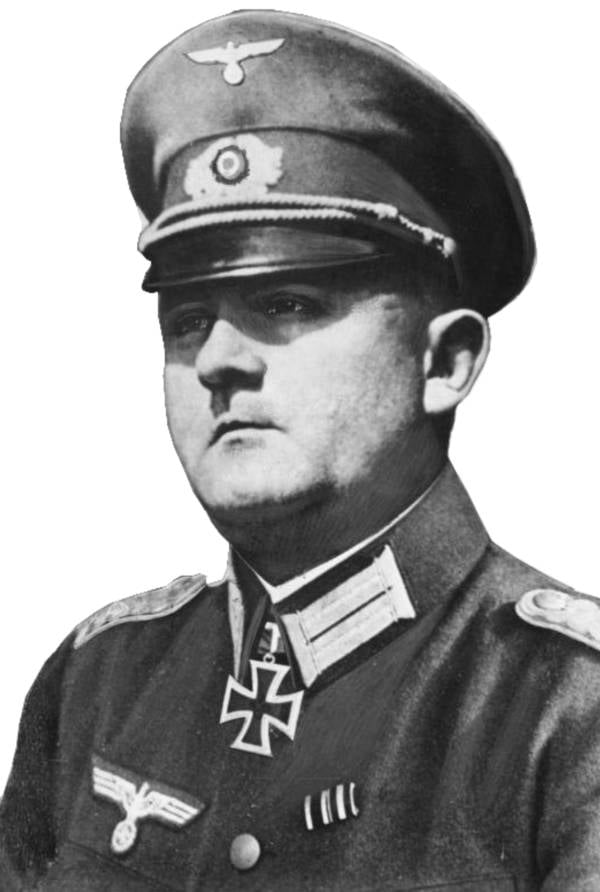 Toward the end of World War II, even high-ranking Nazi generals were doubting how sane some of Adolf Hitler’s commands really were. Once loyal to the Führer and obedient to his orders, General Dietrich von Choltitz chose to ignore one of Hitler’s most outrageous demands: to reduce Paris to rubble.

As the last German military commander of Paris during the city’s occupation, it was von Choltitz who received Hitler’s order in August 1944 to burn Paris to the ground before the Allies recaptured it — every major building and monument, including Notre Dame.

At least, that’s how the story goes. According to The Local, even a substantial portion of the French adhere to this version of events. Others, of course, cannot believe that a Nazi would’ve had any sentimentality at all to consider saving Paris.

But was Dietrich von Choltitz not just another Nazi? Were his supposed actions in Paris a sign of his defiance against Hitler? He did, after all, begin his patriotic military career far before fascism had taken root in his country and served as a General in the Royal Saxon Army during World War I.

A collection of AP footage of the liberation of Paris in 1944.

While he is widely credited for disobeying Hitler’s orders to destroy bridges, key facilities, and major buildings across Paris — and though he explained in his 1951 memoir that he did so because he felt Hitler had gone insane — von Choltitz was also heavily complicit in Nazi Germany’s various war crimes.

Should Dietrich von Choltitz be remembered as the “Savior of Paris” for preventing its obliteration? Did he actually do so? Or is it far more likely that a Nazi war criminal, eager to control his memory through a memoir and purportedly good intentions, simply wanted to shape his own image?

Dietrich Von Choltitz was born on November 9, 1894 to Gertrud von Rosenberg and Hans von Choltitz in Neustadt, Germany (now Prudnik, Poland). Following in the footsteps of his father, a major of the Prussian Army, von Choltitz entered the Dresden Cadet School in 1907.

His military education proceeded onward from there and he eventually joined the 8th Infanterie-Regiment Prinz Johann Georg Nr. 107 of the Royal Saxon Army as a Fähnrich, or an officer candidate, mere months before the outbreak of World War I. 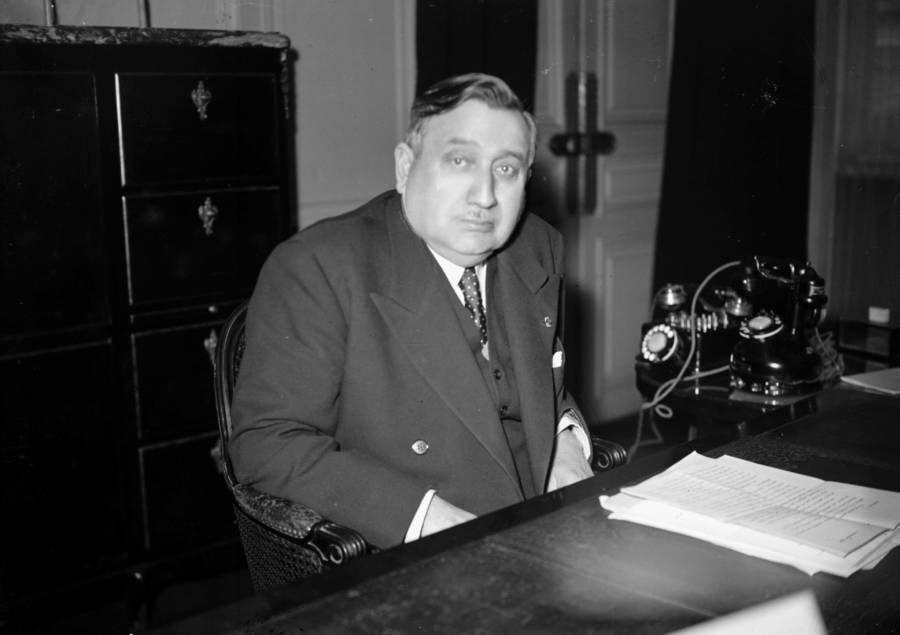 Roger Viollet/Getty ImagesRaoul Nordling, consul of Sweden. He served as intermediary between the French Resistance and Dietrich von Choltitz, and persuaded him not to destroy Paris. 1944.

Promoted to lieutenant, as well as adjutant of the regiment’s third Battalion within one year of service, he was beginning to make quite a name for himself. By 1929, he became a cavalry captain and by 1937 he had become a major. But the German military in which he’d spent his entire career was changing into something entirely different.

While many reports do seem to confirm that Dietrich von Choltitz was paramount in preventing Paris from being all but destroyed, he first participated in some of Nazi Germany’s most destructive troop movements and bombings throughout World War II. 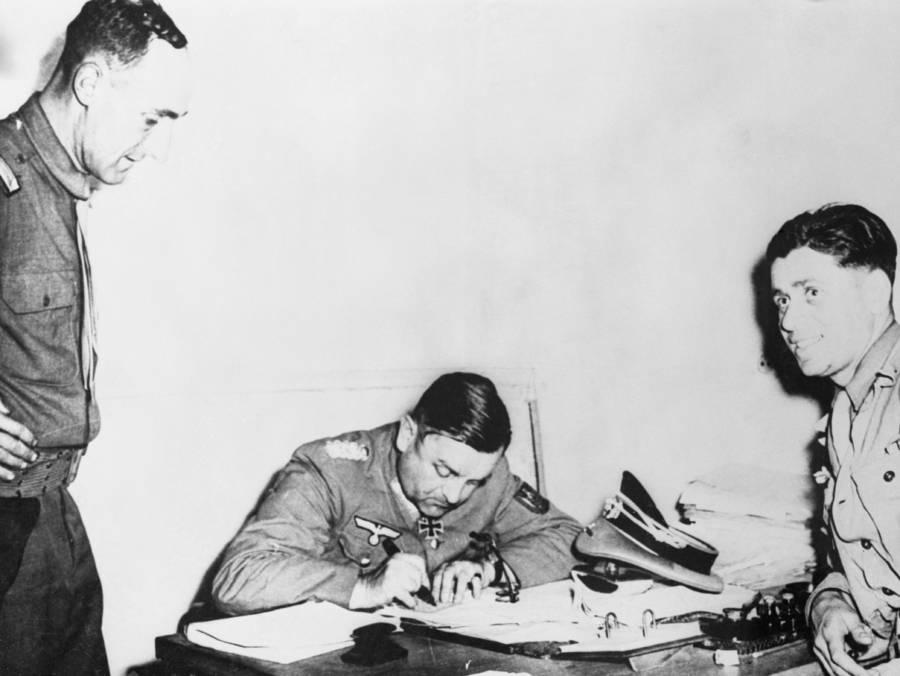 Bettmann/Getty ImagesDietrich Von Choltitz in the Montparnasse station, signing the terms of surrender of Paris with 10,000 German troops on August 25, 1944.

It was after he had completed his duties as a Panzer Corps commander on the Eastern Front from 1943-1944 that he was transferred to France. The Normandy Invasion had the Nazis desperate to regain stable footing and von Choltitz was ordered to keep the Cotentin Peninsula under Nazi control.

Failing upwards, he was unable to stop the Allies from entering Europe via Brittany and was then appointed military commander of Paris. It was here, as the primary Nazi general in charge of keeping the city under Axis control, that he received the Führer’s commands to reduce it to rubble. 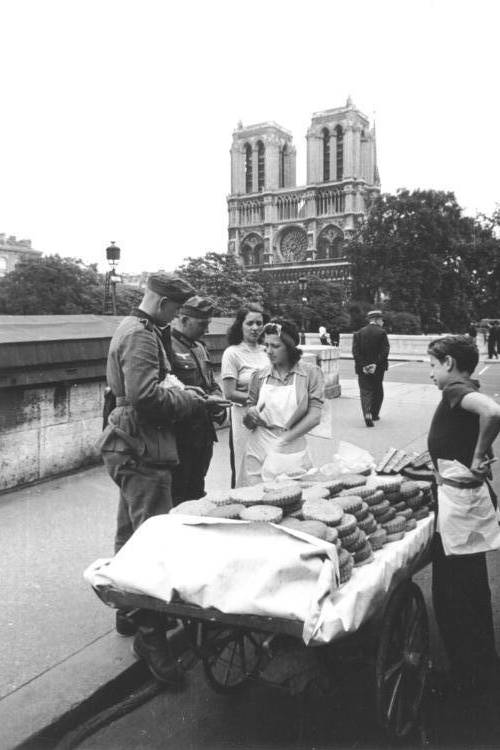 Wikimedia CommonsGerman soldiers near Notre Dame during the occupation of Paris. 1940.

Taking command of Paris on August 8, 1944, Dietrich von Choltitz was warned by Hitler the previous day to prepare to destroy any and all religious and historic monuments throughout the city lest they fall into Allied hands. It’s believed that this specific command was relayed via cable and that he was told to turn the city into a “pile of rubble.”

As legend has it, Hitler soon furiously demanded an update on the status of his order on the eve of Paris’ liberation, screaming at von Choltitz “Is Paris burning?” This is precisely the narrative that von Choltitz immortalized in his 1951 memoir.

According to von Choltitz, he could simply not follow Hitler’s orders, believing him to be mentally unwell.

“If for this first time I disobeyed, it was because I knew Hitler was crazy,” he said.

Dietrich Von Choltitz indeed did not reduce Paris to rubble and on August 25, 1944, he surrendered and the city returned to the French. His son, Timo von Choltitz, has continued to perpetuate his father’s version of events ever since, despite others claiming that this version is untrue. 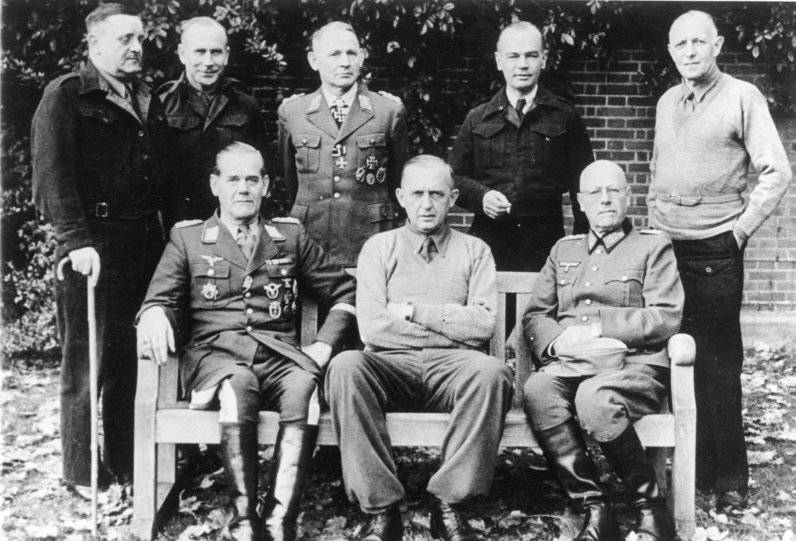 “If he saved only Notre Dame, that would be enough reason for the French to be grateful,” he said. “But he could have done a lot more. France officially refuses to this day to accept it and insists that the Resistance liberated Paris with 2,000 guns against the German army.”

“To official France, my father was a swine, but every educated French person knows what he did for them,” he added. “I am very proud of his memory.”

Timo von Choltitz told The Telegraph that his father was well aware of how maniacal Hitler was and that he was hesitant to blindly follow his orders.

“My father was a professional soldier,” he said. “But he was no Nazi. He hated Hitler and, when they met, realized he had gone crazy.”

Naturally, not all educated Frenchmen agree with this supposedly mythologized narrative. While official accounts state that Dietrich von Choltitz recognized how outrageous Hitler’s orders were and instead decided to hand the city over to General Jacques-Philippe Leclerc on August 25, 1944 — some believe this story to be inaccurate.

“He portrays himself as the savior of the city,” said Lionel Dardenne, from the Museum of Order of the Liberation. “But the truth is he couldn’t have destroyed it.”

Dardenne is adamant that the Allies were rapidly encroaching on the capital and that von Choltitz simply didn’t have the manpower nor air support to follow Hitler’s orders. Furthermore, some argue, von Choltitz had already laid waste to cities such as Rotterdam and Sevastopol — so why would he suddenly experience a change of heart and save Paris? 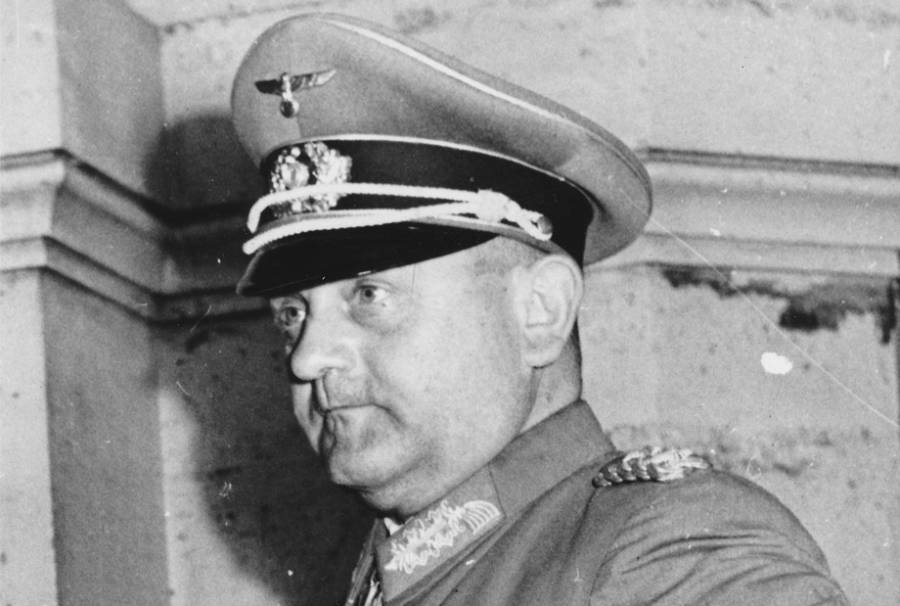 “He’s created a legend for himself,” said Dardenne. “People make a place for themselves in history either by saving or destroying. He decided his myth would be that he saved the city.”

Dardenne did acquiesce and state that von Choltitz spared numerous bridges from unnecessary destruction. Meanwhile, a notable portion of Parisians have indeed accepted the German general as their savior — and called for the erection of a plaque to commemorate the Nazi. To them, he’s a war hero, despite his military allegiance.

A Complex And Contested Legacy

In addition to Dietrich von Choltitz’s memoir, one noteworthy 1965 book called Is Paris Burning? similarly recounted the events in Paris that fateful day, as did the eponymous 1966 film based on that book, starring Orson Welles as Swedish Consul Raoul Nordling. The popularity of the book and the film only helped solidify the narrative that von Choltitz had offered up.

At the same time, the 2014 French-German film Diplomacy tackled the story from a similar perspective and focused on the negotiations between the general and Nordling, who served as an intermediary for the French Resistance.

A scene from Is Paris Burning? (1966) in which Dietrich von Choltitz (Gert Fröbe) orders coffee breaks to cease.

Dardenne, however, is befuddled as to how the version of events that depicts von Choltitz as a savior has become ingrained as truth in so many people’s minds.

“It’s totally false,” he said. “The story was made up. Yes, Nordling discussed saving some prisoners’ lives with Choltitz, but that’s it.”

Ultimately, there’s certainly an argument to be made for both sides. The worst-case scenario has von Choltitz serve as a Nazi general who helped invade numerous countries, and in the end, decide to spare a few bridges and innocent prisoners of war.

At the other extreme end of that spectrum, von Choltitz was a German military man who refused to give up his service when the Nazi Party took over. He followed his orders and tried his best to save civilians and cultural landmarks from unnecessary eradication.

In the end, the truth about Dietrich von Choltitz and his role in the saving of Paris is likely trapped somewhere in the middle.

After reading about Dietrich von Choltitz, discover more about the French Resistance in 21 vintage photos. Then, see some of the most powerful photos taken during World War II.