"Under" is the world's largest underwater restaurant that sits submerged 16 feet in the North Sea. 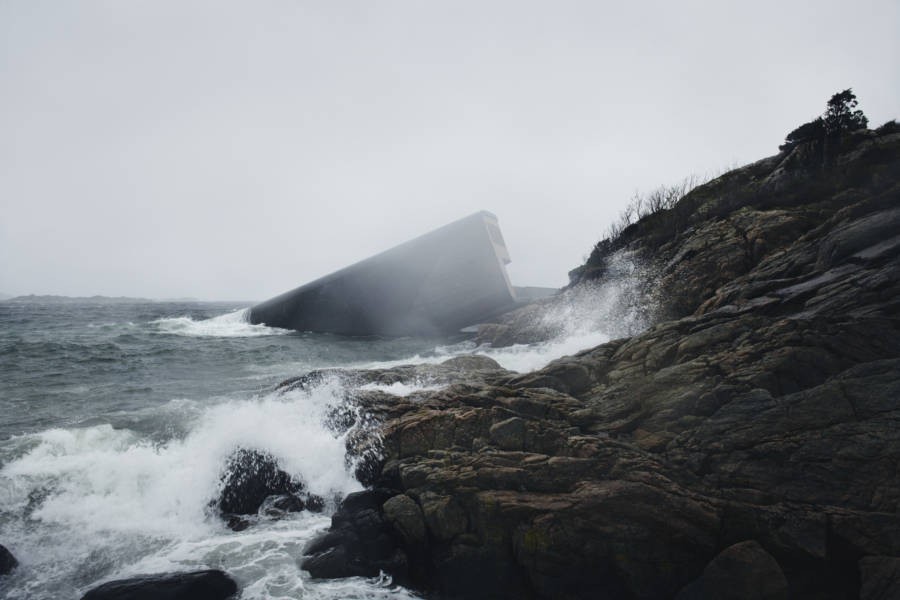 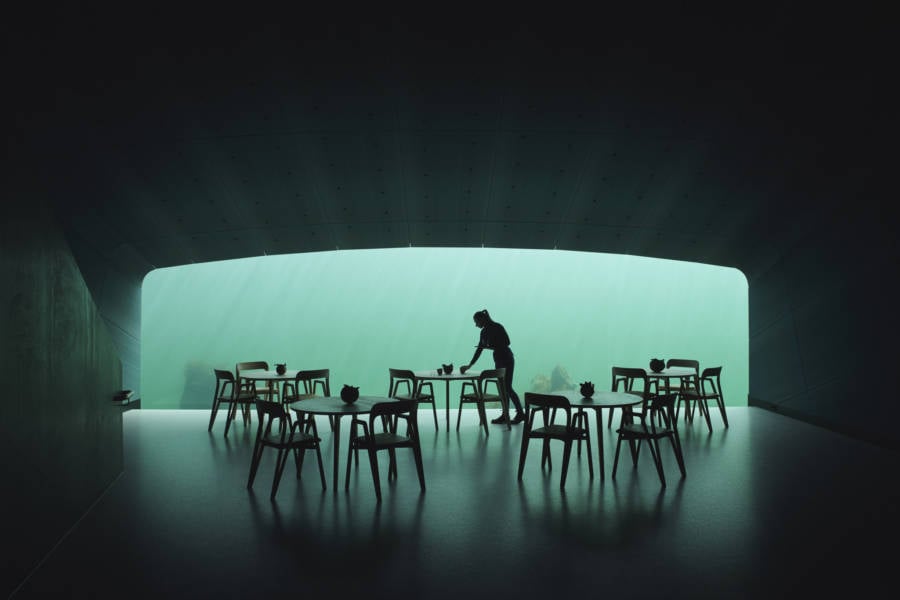 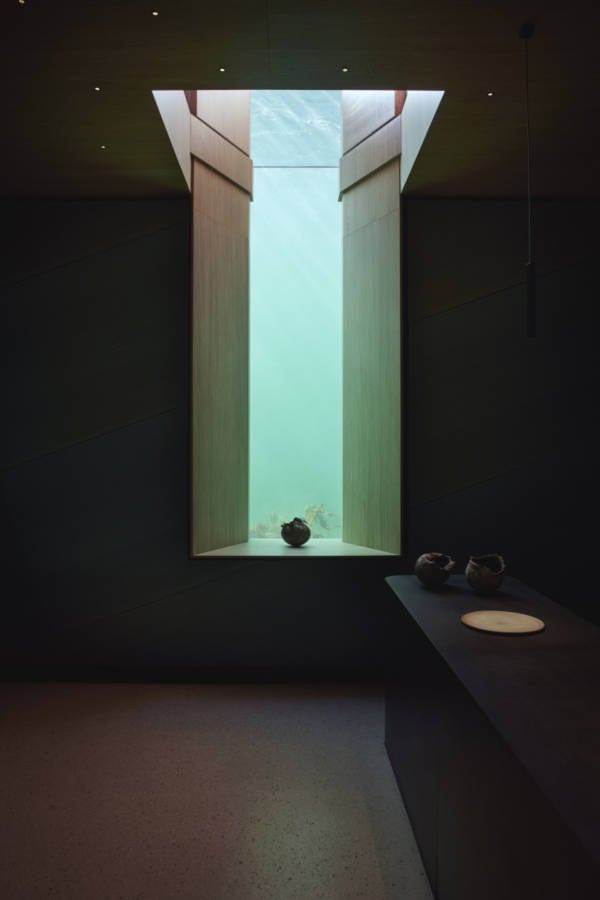 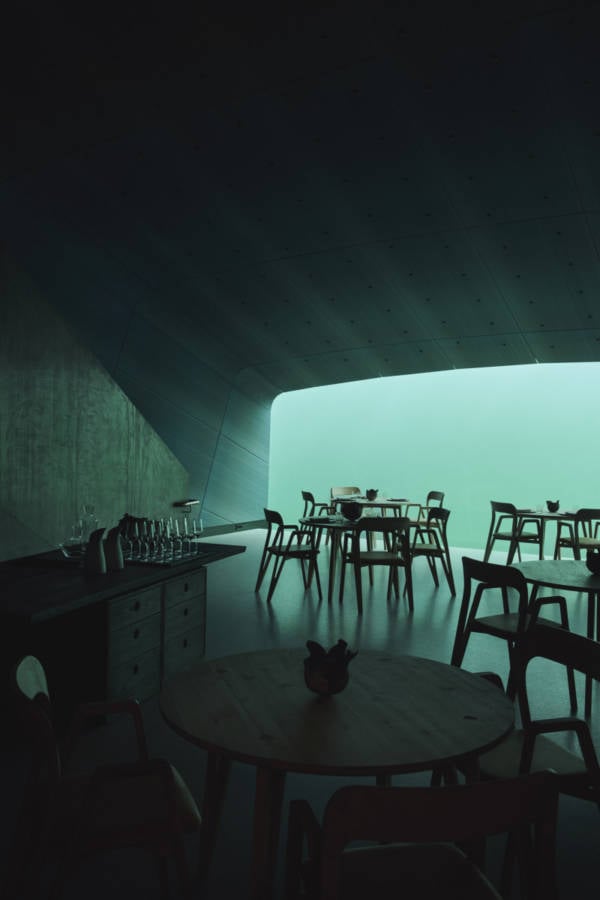 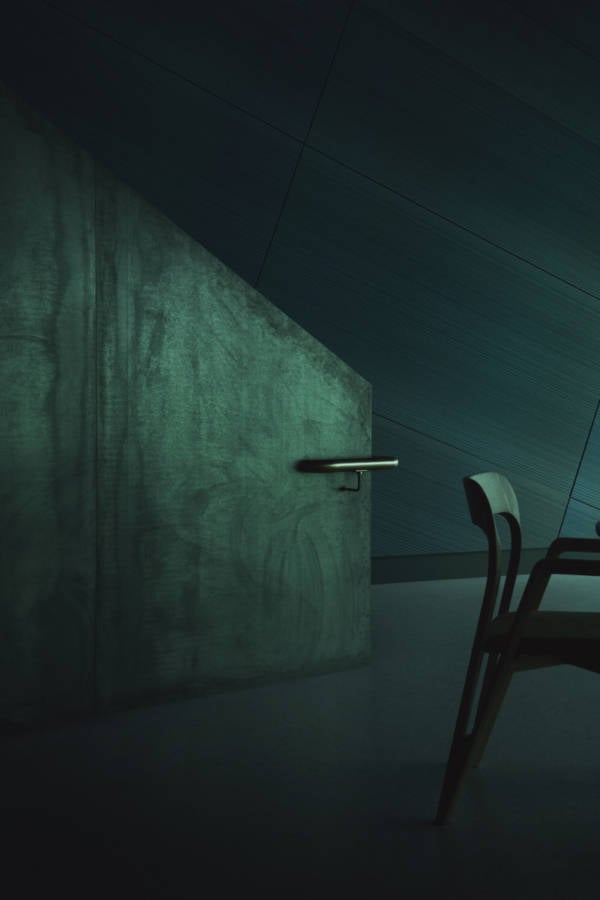 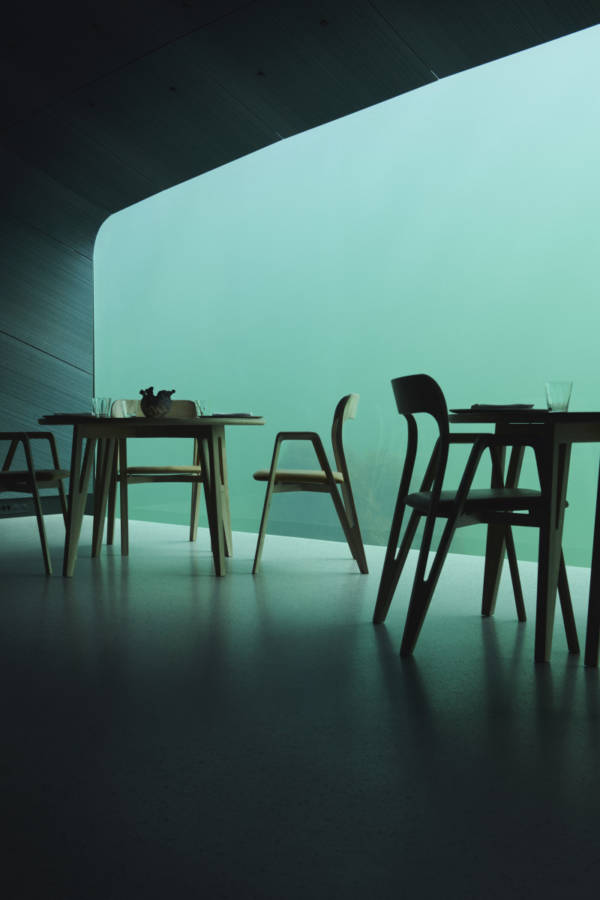 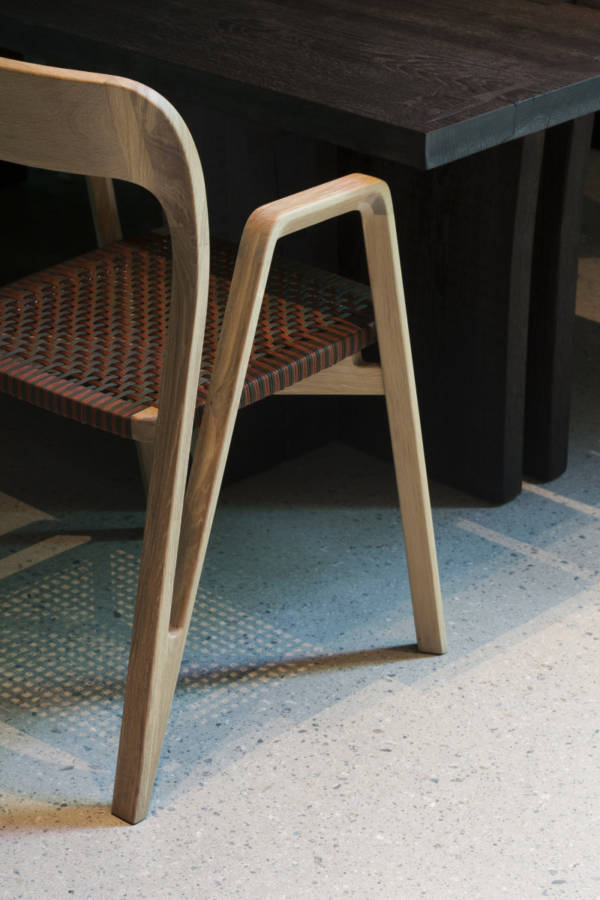 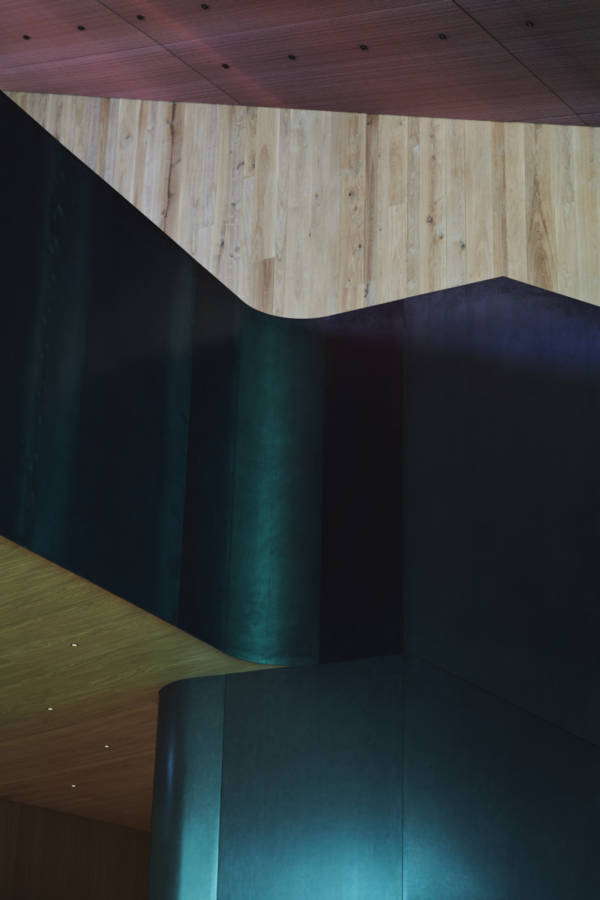 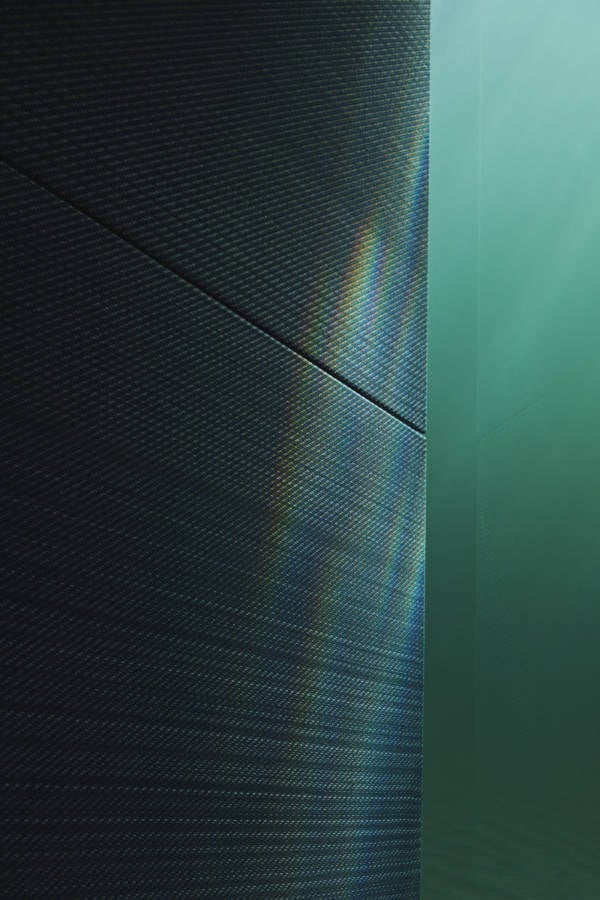 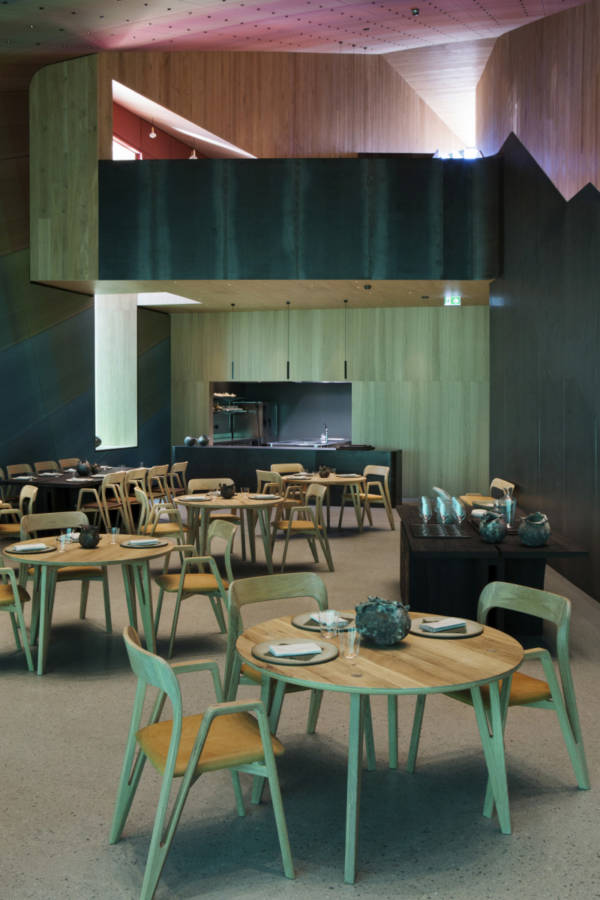 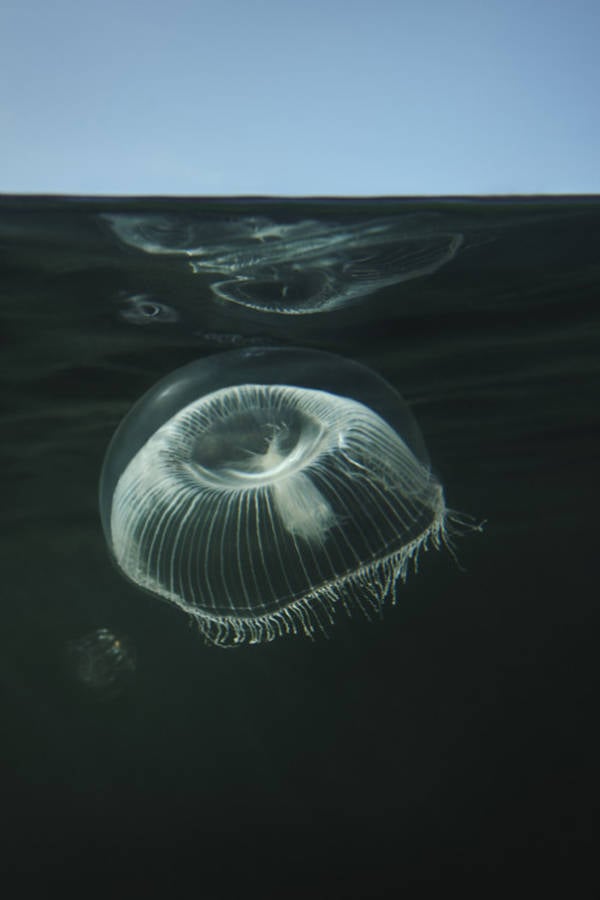 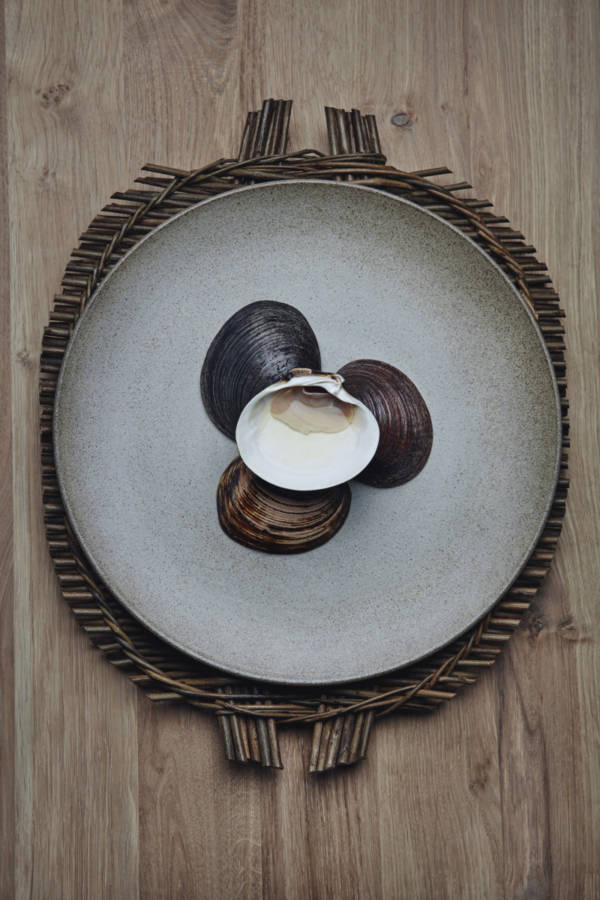 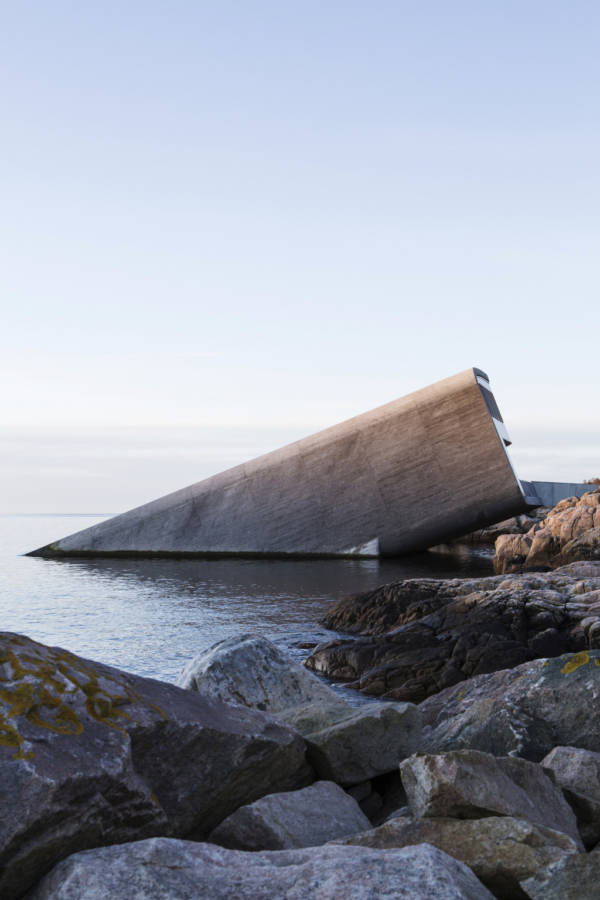 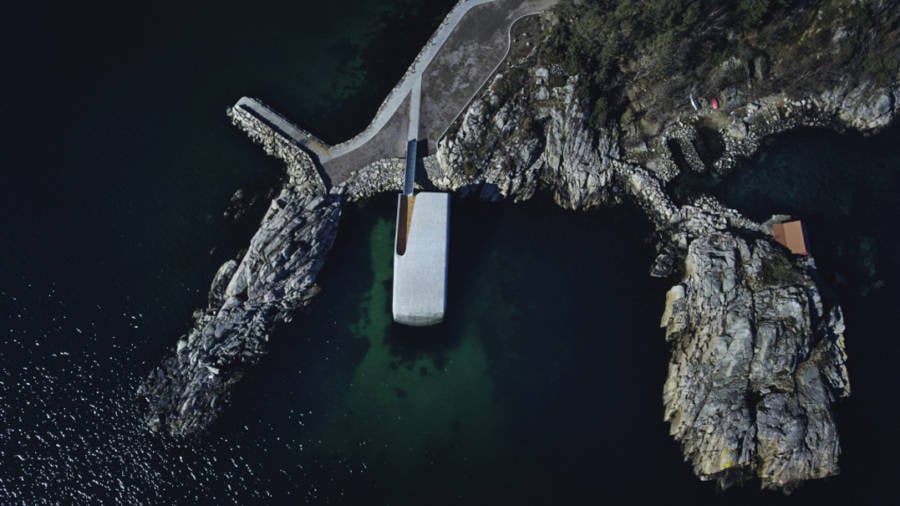 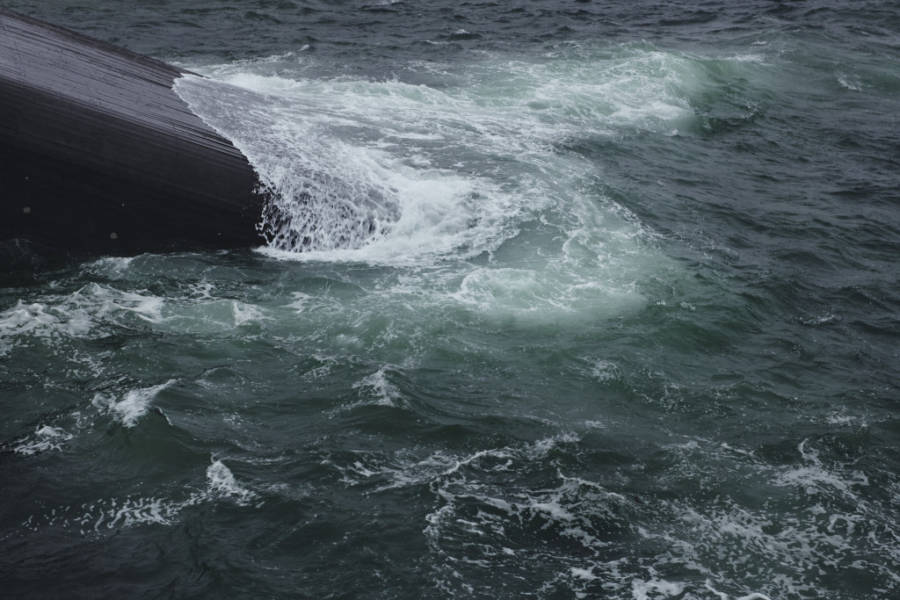 1 of 16
Moody mist envelops the outer shell of Noway's new underwater restaurant.Snøhetta
2 of 16
At 16 feet below sea level diners can experience a panoramic view of the sea outside.Snøhetta
3 of 16
A window to the sea.Snøhetta
4 of 16
The muted tones in the restaurant mimic the quietude of being underwater.Snøhetta
5 of 16
Organic design choices make this a one-of-a-kind dining experience. Snøhetta
6 of 16
Local carpentry workshop, Hamran, designed the furniture exclusively for the restaurant with chairs intended to look like tree branches.Snøhetta
7 of 16
The furniture was built with the intention to compliment the natural beauty of its raw materials.Snøhetta
8 of 16
The oak-clad foyer creates a warm and welcoming atmosphere. Snøhetta
9 of 16
Beautiful reflections from the water's movement dance on a wall. Snøhetta
10 of 16
Textile-clad ceiling panels reference the colors of a sunset dropping into the ocean over Under's bar.Snøhetta
11 of 16
Aequorea victoria, also known as Crystal Jellyfish, observed through the window between the mezzanine and the seabed level.Snøhetta
12 of 16
The restaurant's culinary aim is to create a fine dining experience based on quality locally-sourced produce with an emphasis on sustainable wildlife capture. Snøhetta
13 of 16
Under looks like a rock extending from the water. Snøhetta
14 of 16
Under from above.Snøhetta
15 of 16
Waves crash near the restaurant made to withstand any storm. Snøhetta
16 of 16 From the outside, it resembles a concrete tube. But from the inside, it is Norway's new underwater restaurant — and it is the world's biggest. The aptly named restaurant "Under" is a beautiful dining experience that features unique views and a sustainable menu. Under seats up to 100 guests, though on a normal evening, they'll seat approximately 40.

Only a few underwater restaurants exist in the world, mainly in tropical waters like the Maldives in the Indian Ocean and Under is the largest of them all.

The trendy eatery is submerged about 16 feet beneath the North Sea near the southern tip of the country. In Norweigan, "Under" has the dual meaning of "below" and "wonder," which befits the otherworldly marine atmosphere in the restaurant. Over half the restaurant is submerged in the sea so guests must enter through a glass walkway which extends between the coast and the shore.

Through the large windows, diners can view various forms of sea life including urchins, crabs, spiny dogfish, seals, and distinctive seaweed and kelp. Diners may also catch a roaring live performance of stormy seas when the weather is tumultuous, though this should be of no real concern as the design firm Snøhetta built Under to withstand even the worst of storms.

"As a new landmark for Southern Norway, Under proposes unexpected combinations of pronouns and prepositions, and challenges what determines a person’s physical placement in their environment," said architect Kjetil Trædal Thorsen. "In this building, you may find yourself underwater, over the seabed, between land and sea. This will offer you new perspectives and ways of seeing the world, both beyond and beneath the waterline."

Under is reminiscent of a rock formation rising from the sea. It looks more like an art installation than a restaurant.

Constructing Under took about 6 months on land. After the shell of the restaurant itself was built, it was towed into position to be submerged. Workers placed containers filled with water inside the restaurant in order to submerge it into the sea. It was then secured to the sea floor at 18 different anchoring points.

The Menu At Under

The underwater restaurant opened in April of 2019 and already has more than 7,000 customers booked. If you plan on visiting Under, you'd better be hungry and plan on splurging because a reservation comes with an 18-course meal that costs about $430 a person.

There will, of course, be a wide selection of locally-sourced seafood at Under. There is a turf option to the surf menu as you'll have the opportunity to taste seabirds and wild sheep from nearby.

Interior Design Of The Underwater Restaurant

Rich and warm, the thoughtful interiors of Under are welcoming as you descend level by level. Snøhetta collaborated with local carpentry workshop Hamran to design furniture exclusively for the restaurant. They designed everything with nature in mind.

Chairs are continuous in form to mimic the way branches naturally progress from the tree stem and textile-clad ceiling panels resemble the colors of an ocean sunset.

Though the designs are very deliberate, they're also understated and simple. After all, the main focus here is the unparalleled views.

Another aspect of the restaurant is its dedication to marine research. Under welcomes a research team hoping to study marine biology and behavior through cameras and other tools installed on the underwater restaurant's facade.

The team's goal is to document the population, diversity, and behaviors of species living in the area. Collecting this data will find ways to better manage marine resources.