Self-proclaimed fossil hunter Alan Detrich has sold such finds online before. Back in 2000, he listed a near-complete T. rex skeleton on eBay for over $5 million. 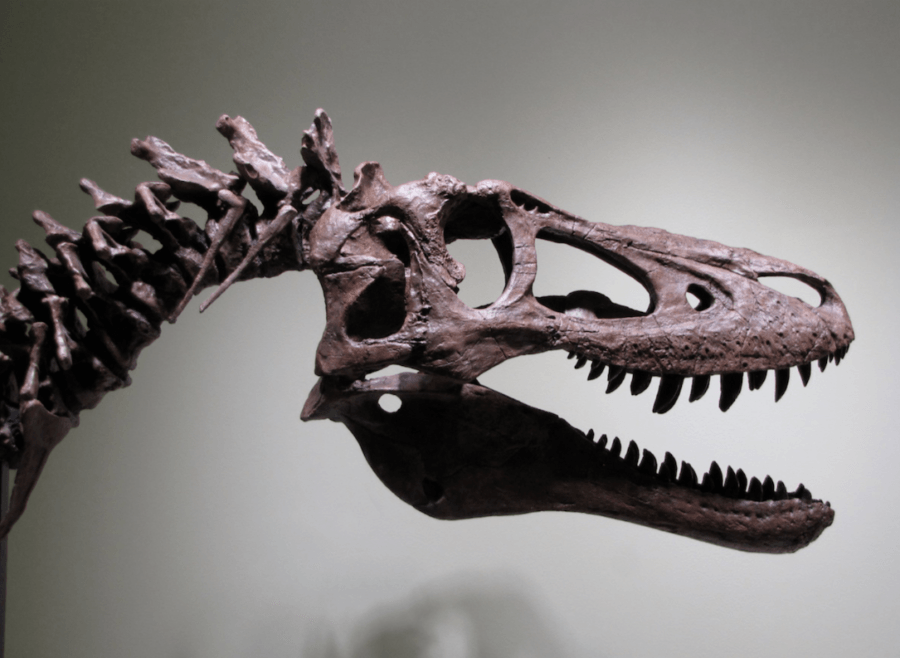 One fossil hunter registered on eBay in Kansas is getting more than he bargained for. Alan Detrich, fossil fanatic, has sparked public outrage mainly from the scientific community for selling the only known existing skeleton of a juvenile Tyrannosaurus rex on eBay. The rare bones are marked for just under $3 million.

Posted under the account name “pirategoldcoins,” the bones as advertised belong to part of a young T. rex believed to have been 15 feet tall with a 21-inch skull and 12 serrated teeth in its lower jaw. The bones are estimated to be 68 million years old and were first unearthed by Detrich on private property in Montana back in 2013. Detrich also noted that the specimen is “likely the only baby t-rex in the world!”

Of course, news that the rare bones were being sold on the merchant platform online did not go over so well with paleontologists.

A scathing public letter issued by the Society of Vertebrate Paleontology (SVP) criticized the sale and deemed Detrich’s behavior an example of humanity’s loss of understanding and respect for our origins.

“Only casts and other replicas of vertebrate fossils should be traded, not the fossils themselves. Scientifically important fossils like the juvenile tyrannosaur are clues to our collective natural heritage and deserve to be held in public trust,” the letter read.

The organization goes on to emphasize how valuable fossils such as the ones found by Detrich are for scientists to figure out earth’s deep history and every sale to private buyers for profit “is part of that already fragmentary history that we will never collectively recover.” 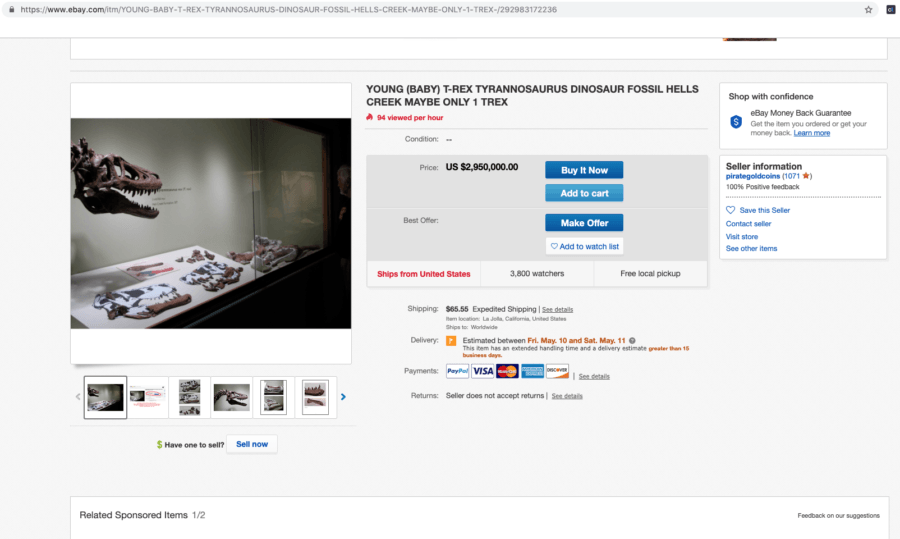 The bones were previously on exhibition at the University of Kansas Natural History Museum and as such, did not belong to any public collection or any other public-trust repository. But once the museum learned that Detrich planned to sell the bones at public auction online, they requested that the exhibit be taken down. Photos of the bones on display at the said museum also appeared on Detrich’s eBay listing and the museum requested that those photos be removed as well.

The listing was first posted in February and has since been viewed almost 60,000 times. As yet, no bids appear to have been placed. Sales of the bones, the ad noted, are final with no possibility for return.

This is not the first time Detrich has sold dinosaur bones for profit. In a 2006 interview with Kansas City Star, the fossil hunter defended his actions from the criticism of the scientific community.

“They treat me like a pirate, like a capitalist pirate — one notch short of Enron — because I’m selling these treasures,” Detrich reported. “It’s really global economics. What’s wrong with selling these to the world if they’ve got the money? Really, it’s free trade.”

Detrich’s fascination with fossils began after his parents bought him a $10 replica of a dinosaur fossil. His family was also entrenched in the oil industry, which further supplemented his work to find rare fossils.

But the discovery that cemented Detrich’s reputation as a fossil finder came in 1992 when he and his brother came across a nearly complete T. Rex skeleton in South Dakota. The skeleton was sold to British corporate raider Graham Ferguson Lacey for an undisclosed amount. This skeleton too was put up for auction on eBay, the starting price was $5.8 million. 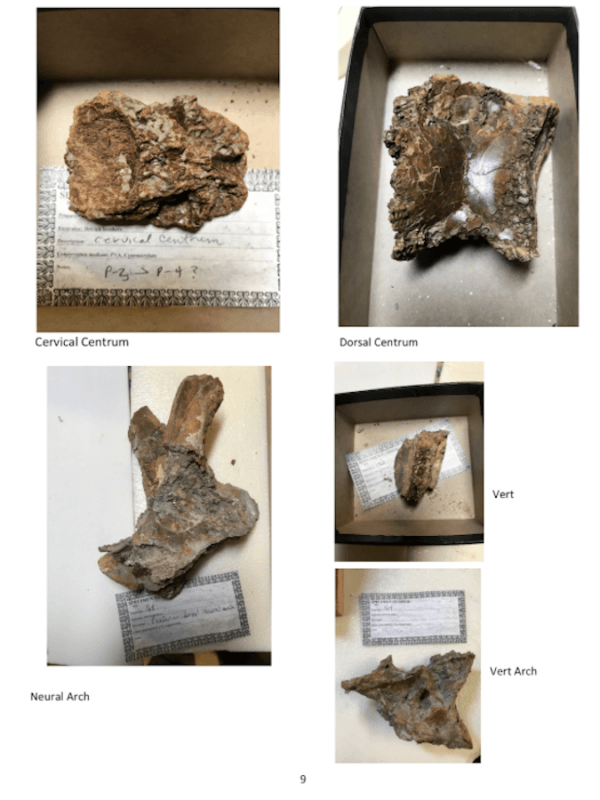 Alan Detrich/EbayMore fossils from Detrich’s baby T. rex. He is selling the bones for just under $3 million.

Detrich has mistakenly been referred to as a paleontologist, he, however, has only taken a few such classes at the University of Kansas where he also studied art. Detrich was also listed as one of People magazine’s “Top Bachelors” in 2001.

In addition to his passion for uncovering rare dinosaur bones and then selling them for high price tags, Detrich also enjoys incorporating his findings into religious artworks. His professional website boasts such pieces as a six-foot-four-inch sculpture of a nude Jesus made out of fragments from one of Detrich’s other T. rex findings. The sculpture also includes a gold-eyed mosasaur dinosaur skeleton.

“No one has ever taken something that is 65 billion years old and made religious icons out of it,” Detrich told the press of his creation, titled Resurrection. “It’s something really new. It’s something I don’t believe anybody is really doing.” The sculpture was put on display at the Church of St. Paul the Apostle in New York during Easter in 2008.

The significance of Detrich’s current auction lies in an ongoing debate between paleontologists about whether a smaller species of Tyrannosaurus rex, separately named by researchers as nanotyrannus, actually existed or if the remains simply originated from a young T. rex.

Next, read about the 25-million-year-old mega shark teeth that were discovered by an amateur fossil hunter. Then, check out the story of the man who pranked his girlfriend by selling her on ebay — and received $119,000 in actual bids.