The great jagged narrow-toothed shark was double the size of a great white and was so large that it feasted on whales. 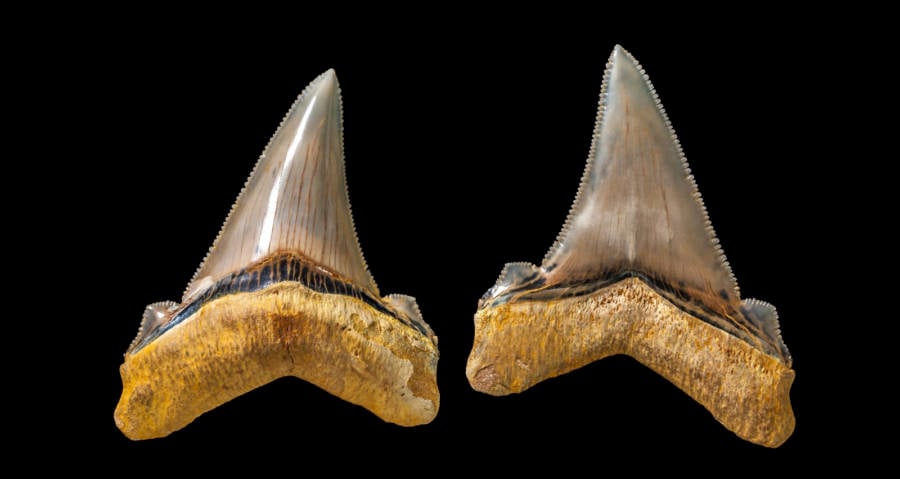 An amateur fossil hunter and school teacher in Australia might have made one of the biggest discoveries in the history of paleontology.

Back in 2015, Phill Mullaly discovered two perfectly preserved, 2.75-inch teeth from an enormous, long-extinct sea creature known as the great jagged narrow-toothed shark. 25 million years ago, this top predator was one of the kings of the sea, its diet mainly consisting of small whales.

According to CNN, the extinct shark, also known as Carcharocles angustidens, could grow up to a staggering 30 feet long, which is nearly double the size of its distant cousin, the great white. 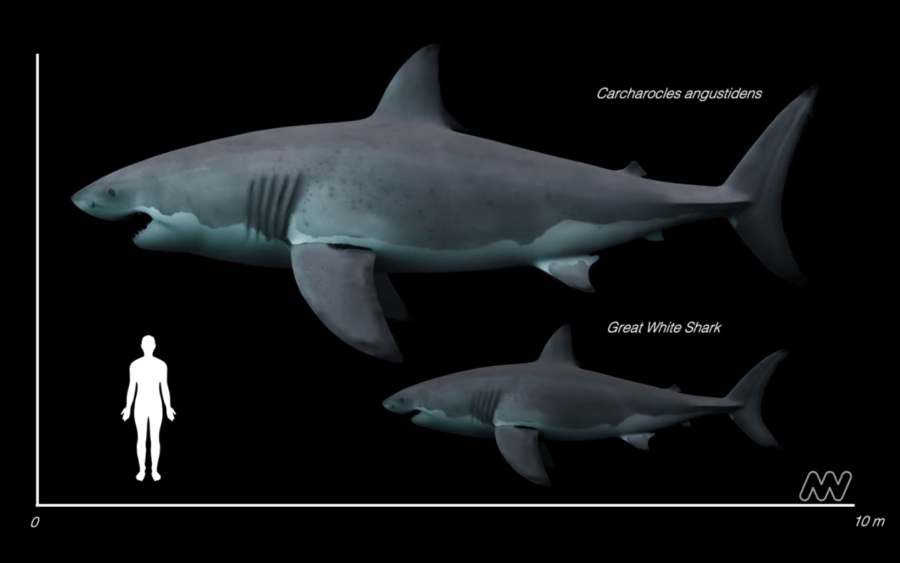 YouTubeHumans compared to the size of the great jagged narrow-tooth and great white sharks.

And amateur Phill Mullaly was lucky enough to find two teeth from this great beast. He made the discovery when he was walking along the shore of one of Australia’s most renowned fossil sites, Jan Juc on Victoria’s Surf Coast, and something caught his eye.

“I was walking along the beach looking for fossils, turned and saw this shining glint in a boulder and saw a quarter of the tooth exposed,” Mullaly said in a statement from Museums Victoria. “I was immediately excited, it was just perfect and I knew it was an important find that needed to be shared with people.” 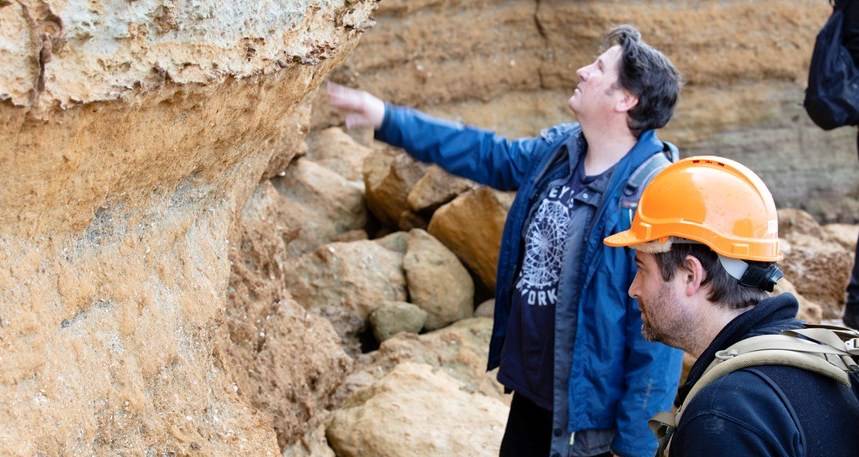 Museums VictoriaPhilip Mullaly and Dr. Erich Fitzgerald at the Jan Juc site where the fossilized teeth were found.

Mullaly’s discovery was indeed important as teeth are one of the most important tools that researchers have for studying sharks. The majority of a shark’s body is made up of cartilage, which does not fossilize, so researchers heavily rely on sharks’ fossilized teeth to discover information about how they lived.

And because sharks naturally lose so many teeth, researchers are often lucky enough to have all the evidence that they need. But even though sharks can lose up to one tooth per day, it is extremely rare to find more than one tooth at the same time. Mullaly was aware of this fact when he found his two teeth so he decided to contact Dr. Erich Fitzgerald, a paleontologist at Museums Victoria, and offered to donate the teeth to the museum.

Fitzgerald realized that the teeth that Mullaly found must have come from the same species and suspected that there could be more teeth waiting to be discovered inside the boulder where Mullaly found the first two. He was right.

Fitzgerald, Mullaly, and a team of paleontologists set out to excavate the same spot at Jan Juc in Dec. 2017 and Jan. 2018. Their expedition discovered more than 40 new teeth from the boulder, most of them belonging to the Carcharocles angustidens. Some of the other teeth belonged to scavenging sixgill sharks that most likely lost some of their teeth there while eating the carcasses of the dead great jagged narrow-toothed sharks. 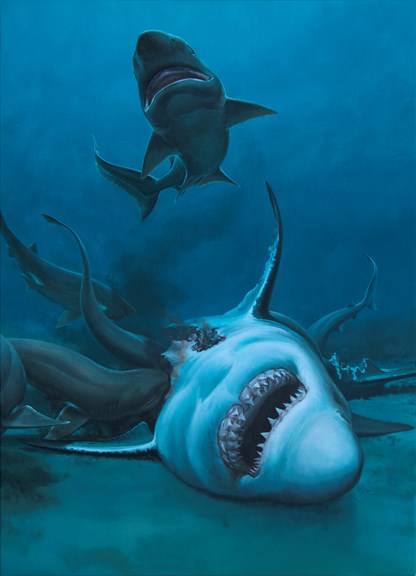 Immediately, Fitzgerald knew that the teeth they’d uncovered were groundbreaking, telling CNN that he believes that they are one of the rarest finds in the history of paleontology.

“If you think about how long we’ve been looking for fossils around the world as a civilization – which is maybe 200 years – in (that time) we have found just three (sets of) fossils of this kind on the entire planet, and this most recent find from Australia is one of those three,” Fitzgerald said.

The astounding haul of teeth is now on display at the Melbourne Museum until Oct. 7, 2018.

Next, discover why mako sharks should scare you as much as great whites. Then, check out some facts about the great white shark that’ll leave you astounded.