15 Great White Shark Facts That Will Shatter Your Assumptions

These fascinating great white shark facts will have you reconsider everything you thought you knew about the ocean's apex predator.

With its razor sharp teeth, pitch black eyes, and 2,000-pound body, the great white shark isn’t exactly man’s best friend. And no matter how often — and awfully — the creature is portrayed in iconic films and media, great white shark facts are much more interesting than fiction: 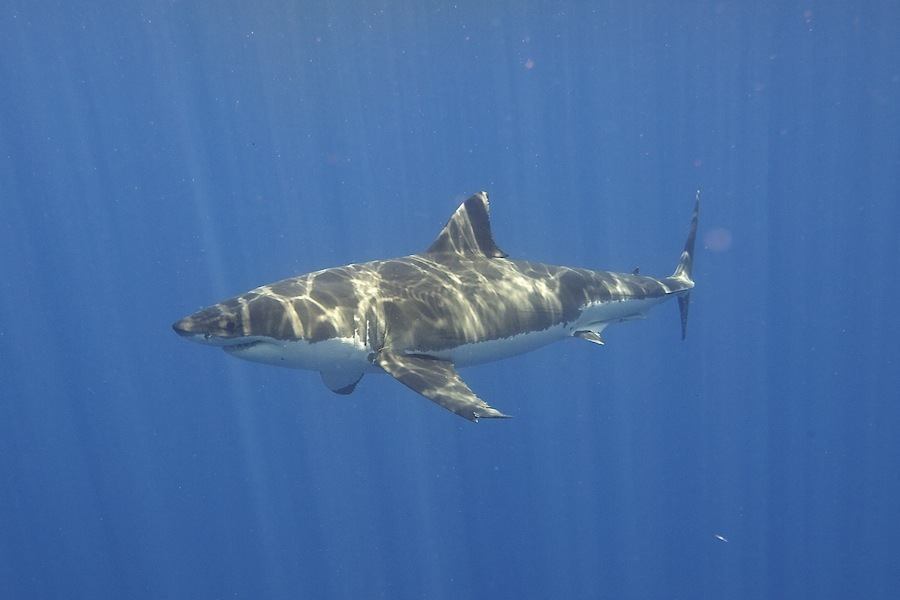 Great white sharks are actually conflict-avoidant — at least with one another. When there isn't enough food to go around, sharks swim past each other, slapping the surface of the water with their tails. Whoever slaps the water the most and hardest gets the meal.Elias Levy/Flickr 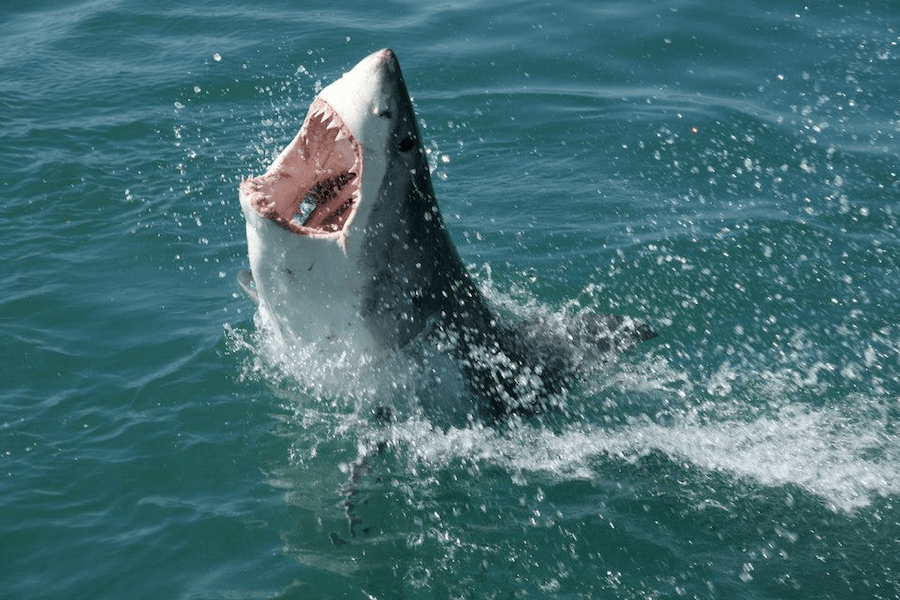 Great white sharks' ancestry dates back more than 400 million years, which makes them much older than even the dinosaurs.Travelbag Ltd./Flickr 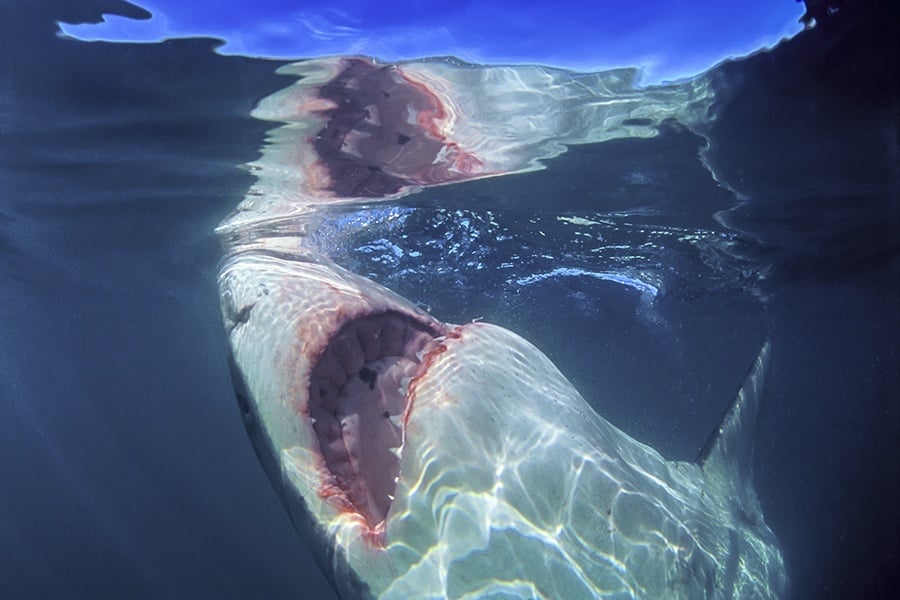 The largest great white shark ever recorded was a 20-foot-long, 50 year-old nicknamed Deep Blue. She was filmed off Mexico's Guadalupe Island in 2013.Global_Pics/Getty Images 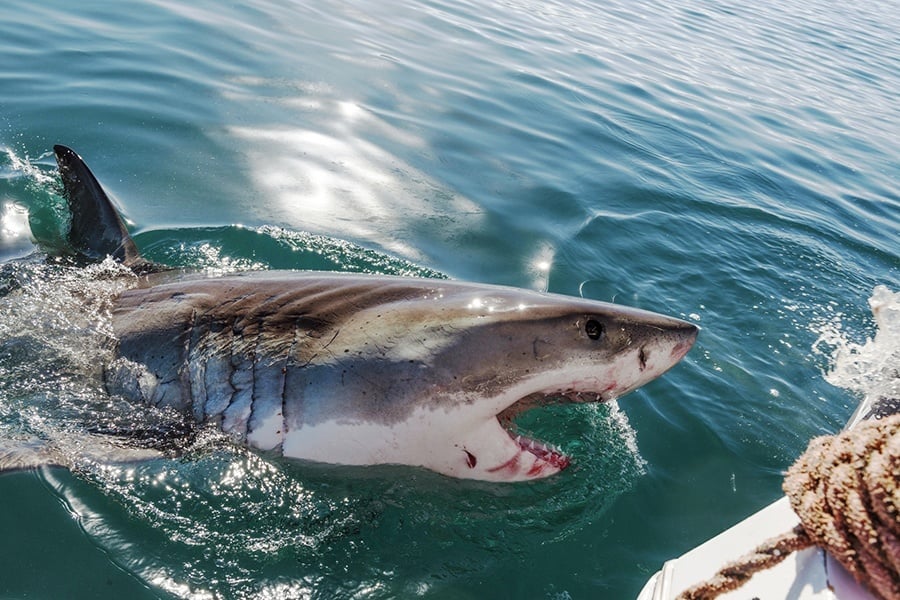 Not too much is known about the mating habits of great white sharks. What is known is that after mating the female develops several eggs which hatch in her womb. There, newly-hatched shark pups feed on unfertilized eggs.Elizabeth Hoffmann/Getty Images 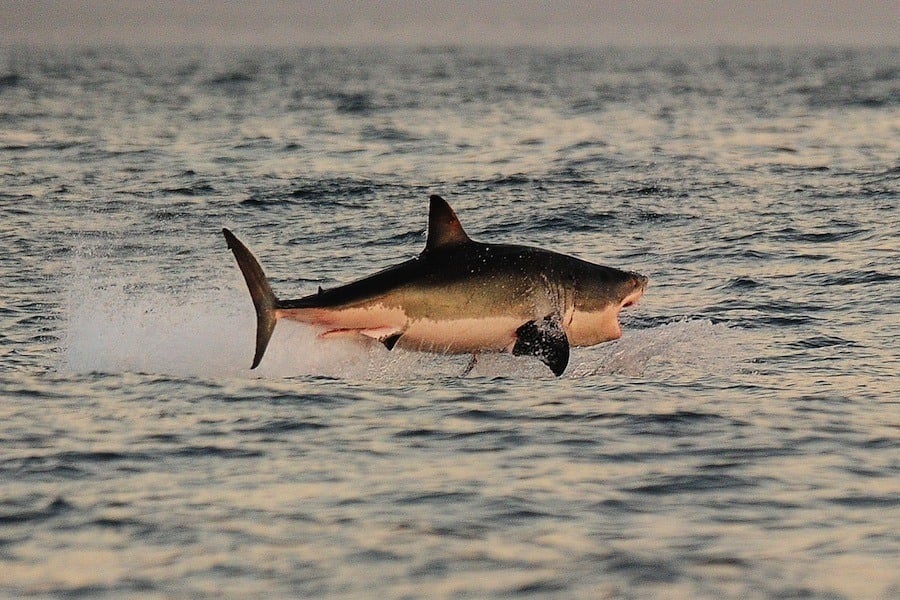 Great whites have such acute senses that they can smell one drop of blood in 100 liters of water, or a seal colony up to two miles away. They can even detect another animal's electromagnetic field.Carl De Souza/Getty Images 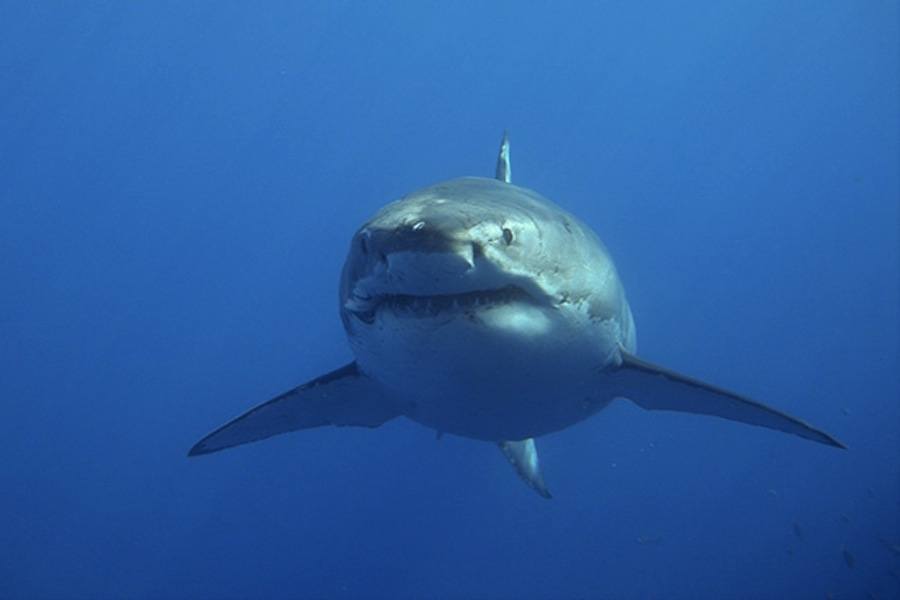 While great white sharks are loners, there is a degree of social hierarchy. Females often dominate males. Sometimes sharks will bite each other as a show of strength, but cannibalism is rare.George Probst/Flickr 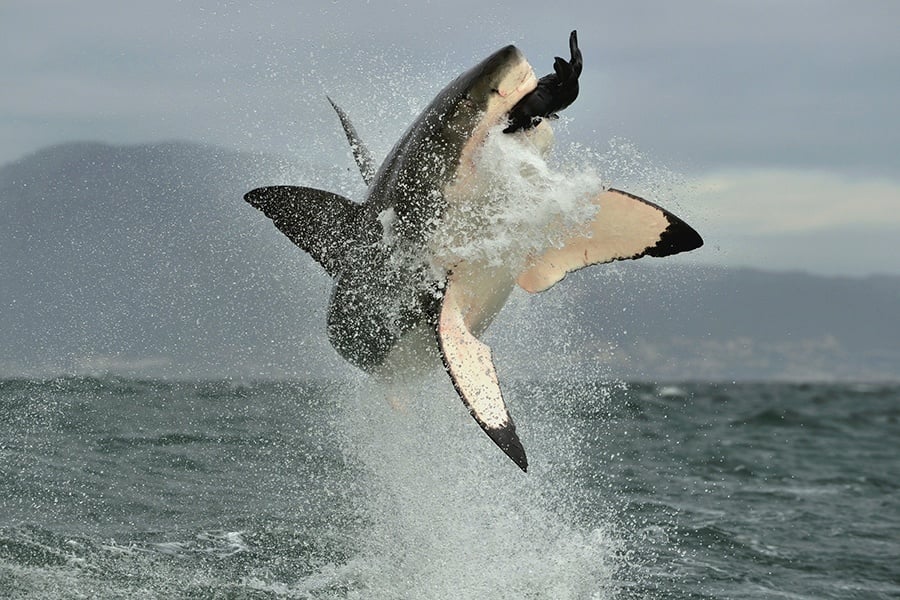 Great white sharks rarely attack humans, even when one is swimming nearby. The human blood usually only spills when sharks "test-bite": bite something to see if it's food. When the shark realizes it is tasting human flesh, it usually swims away, which is why most attacks aren't fatal.USO/Getty Images 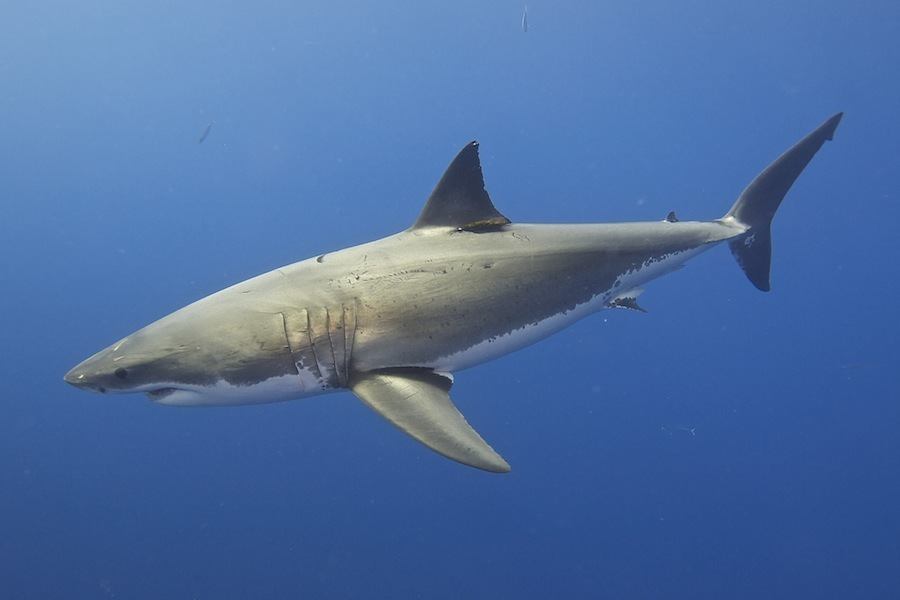 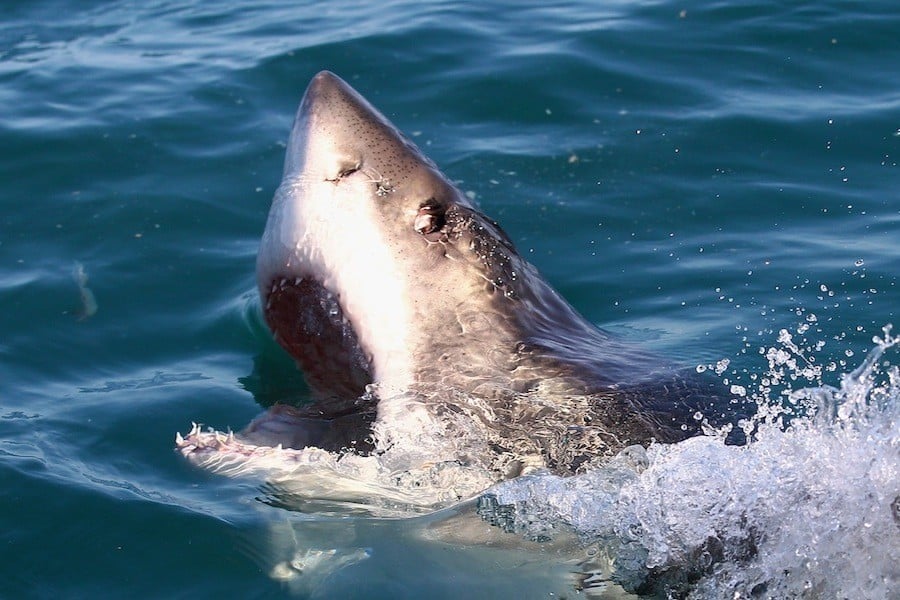 Believe it or not, the great white's biggest threat is human interaction. Sharks are hunted for their fins and teeth, and are often the victims of bycatch -- when they're caught in the nets of commercial fishermen.Ryan Pierse/Getty Images 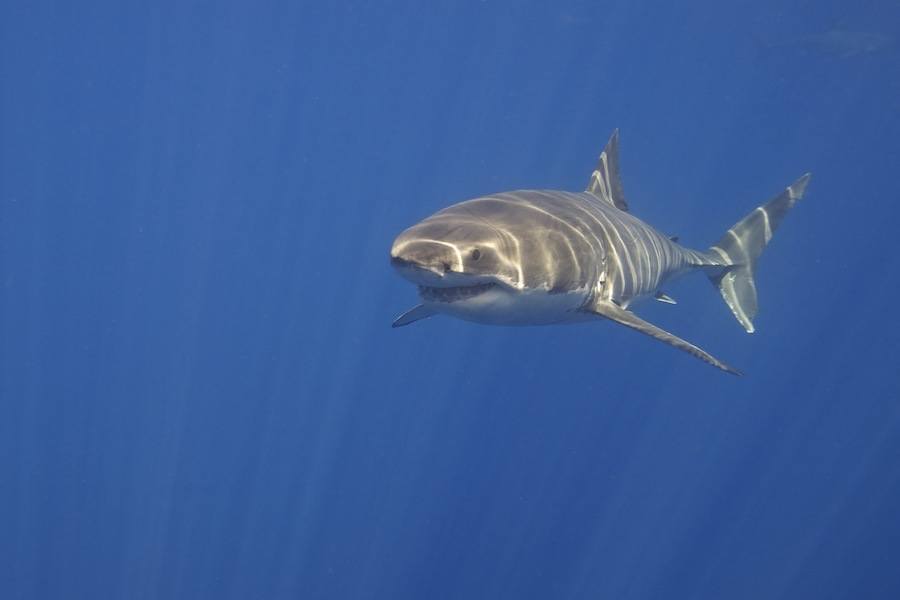 The great white shark's tongue is absolutely worthless. Called the basihyal, the tough piece of cartilage sits on the floor of the shark's mouth, and usually doesn't move.Elias Levy/Flickr 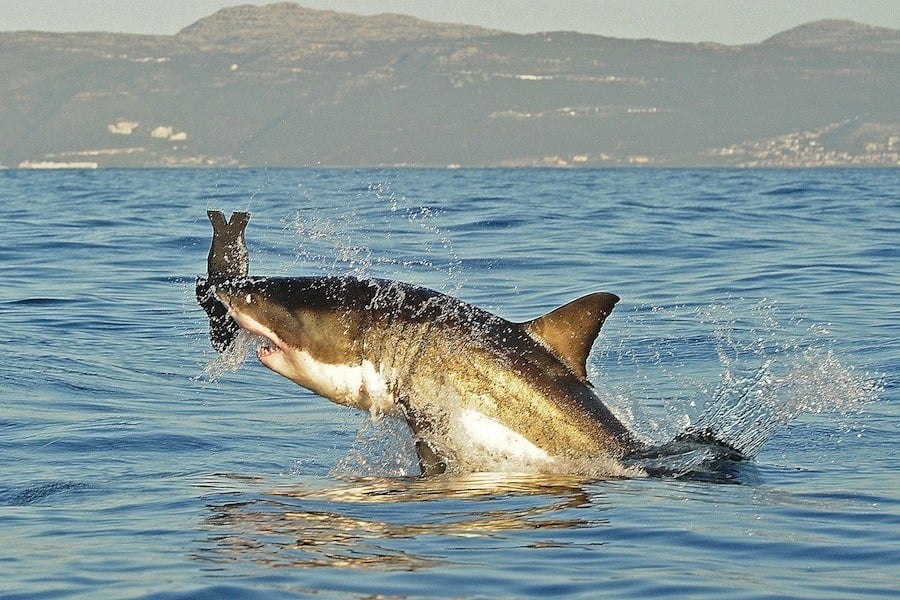 The great white shark is an exemplar of industrious efficiency: it can eat a sea lion whole, after which point it doesn't need to eat again for another three months.Carl De Souza/Getty Images 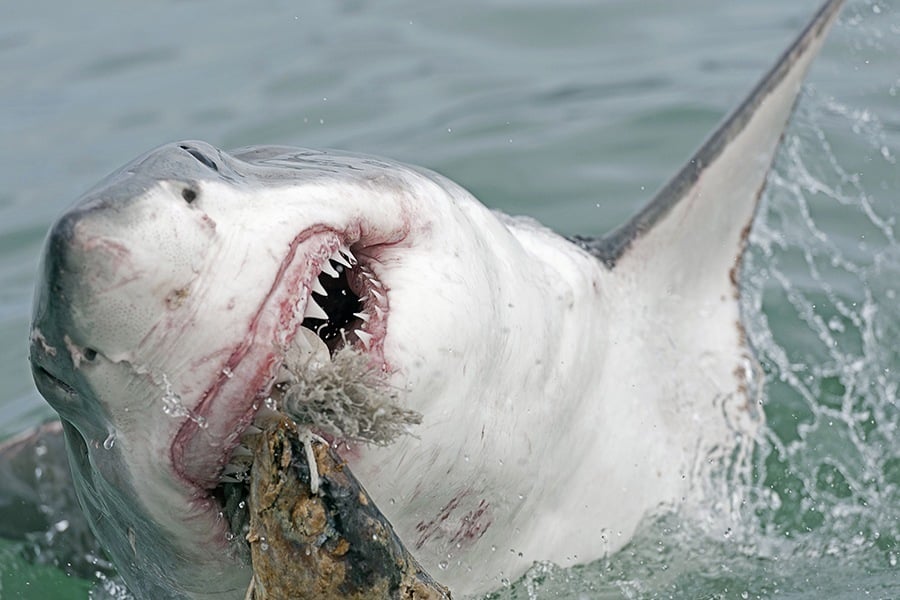 The only animal known to prey on great white sharks is the orca whale. The orca flips the shark on its back, rendering it immobile and thus defenseless. Last year, tourists in Australia witnessed a pod of orcas circle a lone great white and kill him with continuous body slams.Elizabeth Hoffmann/Getty Images 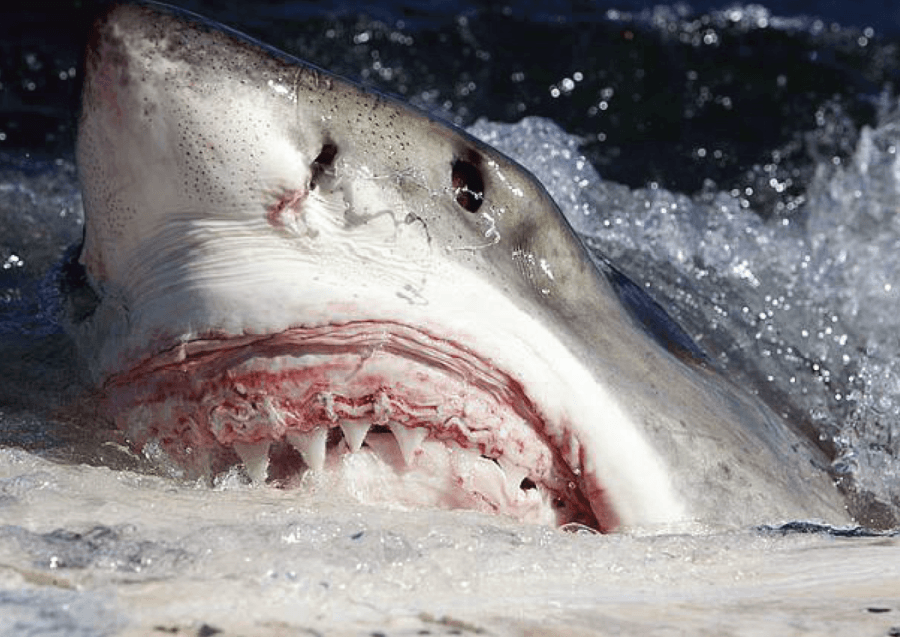 Sharks don't chew. Instead, they use their serrated teeth to shred their prey into tiny pieces. And about those teeth: Great whites have 300 at a time, and loose about 1000 over a lifetime. When they loose teeth, a new row slides into place, like a conveyor belt for their mouths.Wikimedia Commons 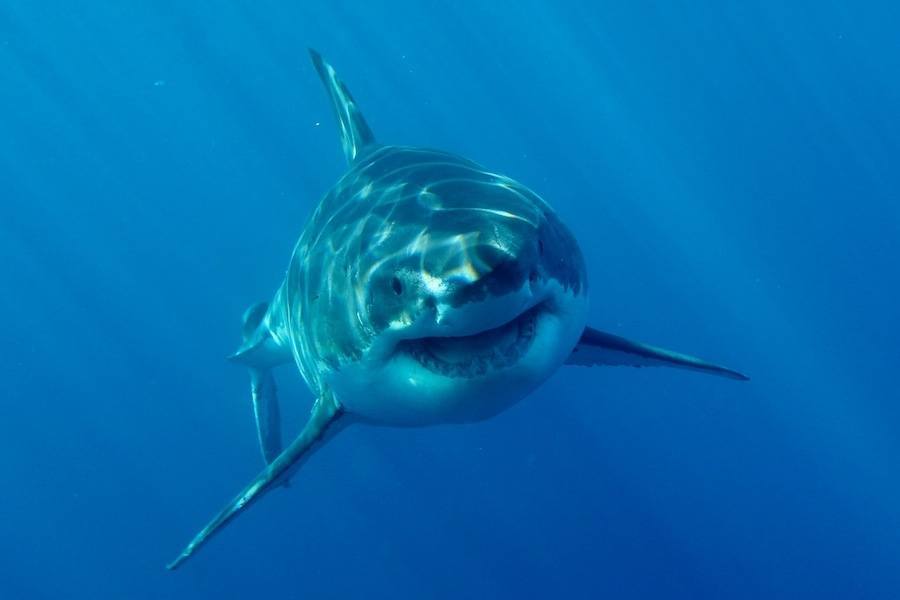 The great white shark typically weighs anywhere from 1,500 to 2,400 pounds -- the liver alone can take up about 24 percent of that figure. Despite their weight, their torpedo-shaped bodies and powerful tails propel them through the water at 15 miles per hour.Discovery Channel/Flickr 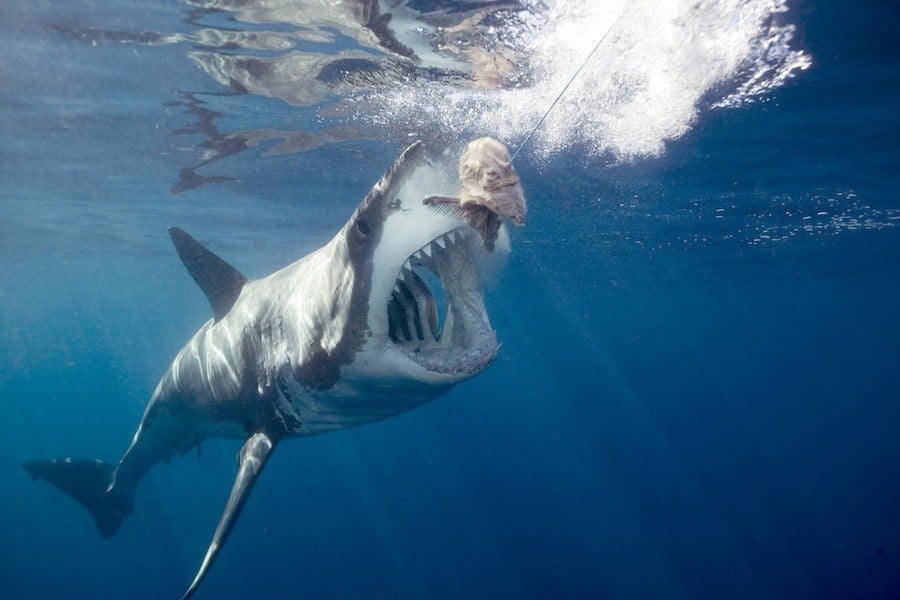 Great whites need to be left in the wild. In January 2016, Japan's Okinawa Churaumi Aquarium tried to keep a great white shark in captivity. The shark became disoriented, banging into the walls of his enclosure. He refused to eat and died just three days later.Lwp Kommunikáció/Flickr

Next, read more unbelievable shark facts. Then, learn about whale sharks and watch dozens of tiger sharks obliterate a whale in a feeding frenzy.