In The Not-So-Distant Past, People Used Dogs For Labor, Not Companionship

Believe it or not, the idea of owning dogs for the sole purpose of companionship is actually a new one.

Data show that no matter the economic downturn, people consistently shell out money on their pets.

While domesticated dogs these days can by and large count on their owners to take care of them for nothing but companionship in return, this kind of man-dog relationship is in fact relatively new. Dogs were once not companions, but workers. Case in point? The examples below: 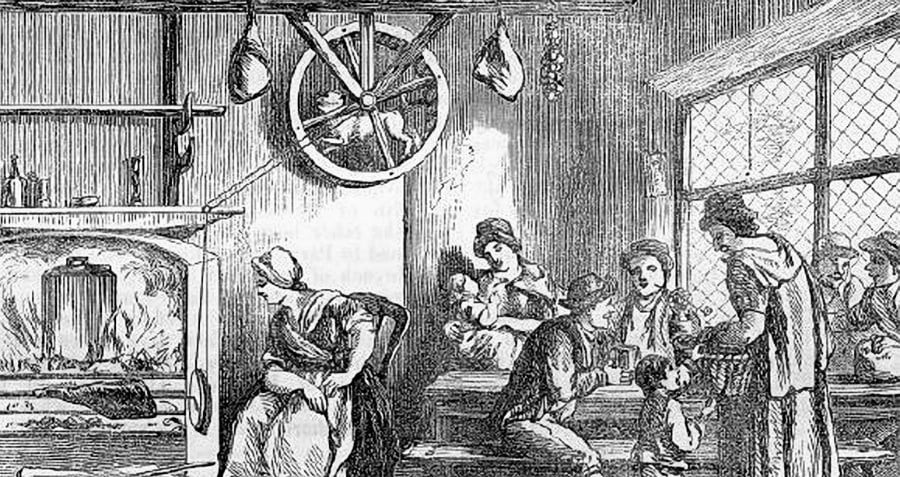 While many inventions merely employed the use of a dog’s walking power, this invention actually resulted in the creation of a very specific breed, one designed solely for operating the machine. Called a turnspit dog, the Britons of several hundred years ago bred these somewhat rodent-like creatures to run on a wheel that turned meat over an open flame, much like the modern-day rotisserie.

“Turnspit dogs were viewed as kitchen utensils, as pieces of machinery rather than as dogs,” Jan Bondeson, author of Amazing Dogs, a Cabinet of Canine Curiosities, said in an interview with NPR. “The roar of the fire. The clanking of the spit. The patter of the little dog’s feet. The wheels were put up quite high on the wall, far from the fire in order for the dogs not to overheat and faint.”

Before the days of turnspit dogs, lowly kitchen servants — usually young boys — were tasked with rotating the crank by hand for hours on end. 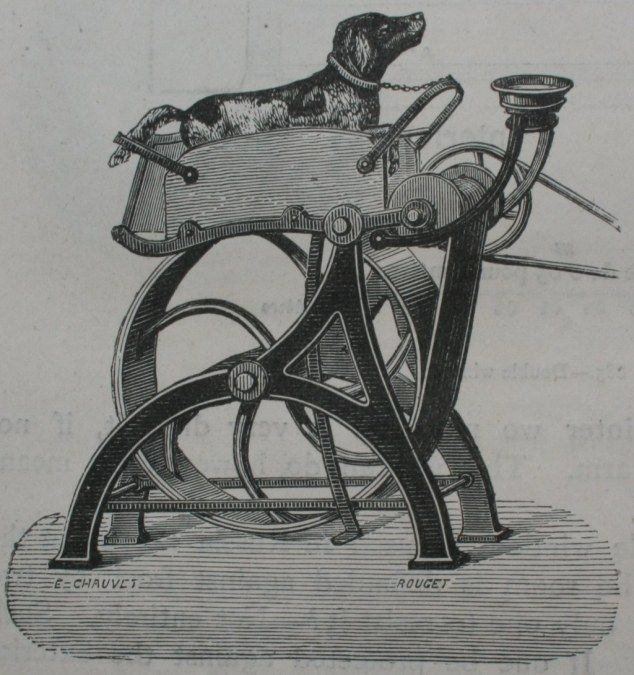 German inventor Heinrich Feldt designed and patented The Feldt Dog Engine in 1888, and intended for it to offer seamstresses a bit of relief when it came to mending and sewing clothing.

Before the invention of the electric sewing machine, people operated sewing needles by rotating a lever, which, depending on the size of the garment, could make for a daunting chore. Thus Feldt — along with other inventors such as Paris’ M. Richards — looked to dogs to put in the physical force, and had them power the burgeoning machines.