In The Not-So-Distant Past, People Used Dogs For Labor, Not Companionship 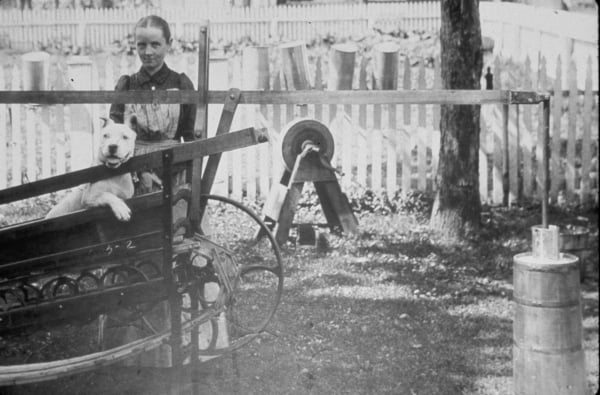 Unlike the dog-powered turnspit and many dog-powered sewing machines, the animal-powered butter churn was an American commodity — and a relatively recent one: Sears sold the device in the early 20th century for $15.

Again using a treadmill design composed of rubber belts and wood treads, its inventors lifted the idea from the many horse-powered treadmill machines on 16th century farms.

These treadmills differed in key ways, however. As the New York State Museum explains:

“This is a railroad style dog power, as opposed to a rotary style treadmill, where the animal walked on a circular platform. Once the animal was placed on the inclined plane, the brake was released. To keep from falling backward, the animal walked to maintain his place while the endless segmented belt under his feet moved in the opposite direction. A belt drove the mill or washer.”

People can still see these dog-powered designs today — though mainly at various festivals and fairs, where they are used as an example of what life looked like for some turn-of-the-century Americans. 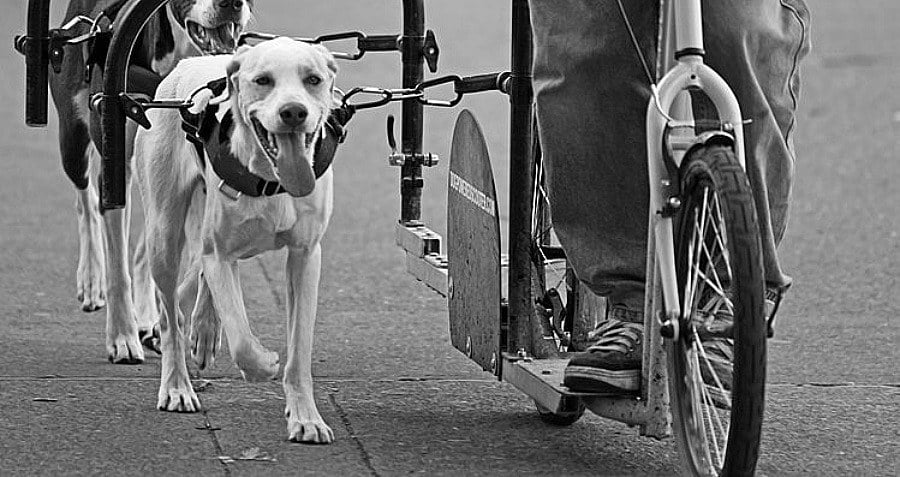 Invented in France in 1875, the Cynosphere was quite popular in its day. Essentially a carriage built on a tricycle frame, dogs in what were essentially two giant hamster wheels would power the vehicle by walking. After the Society for the Protection of Animals deemed the invention cruel, further development of the vehicle was abandoned forever.

That’s not to say that the use of dogs to power vehicles died entirely. In 1939, an 80-year-old Texas dog trainer named Z. Wiggs developed his “Pooch Mobile” as an alternative to oil-powered transportation. While an admirable, early attempt at going green, the enormous contraption was impractical at best and failed to yield a single converter.

Still, the idea lives on in some form: Anyone looking to get into the “urban dog mushing” game today can pick up their very own dog-powered scooter, which, for now at least, is still on the market.

Next, learn about the first animals in space and the story of the dog hero named Balto.