The dog was found beneath the pier at Independence Harbor in New Jersey udays after it ran away from its owner in Manhattan. 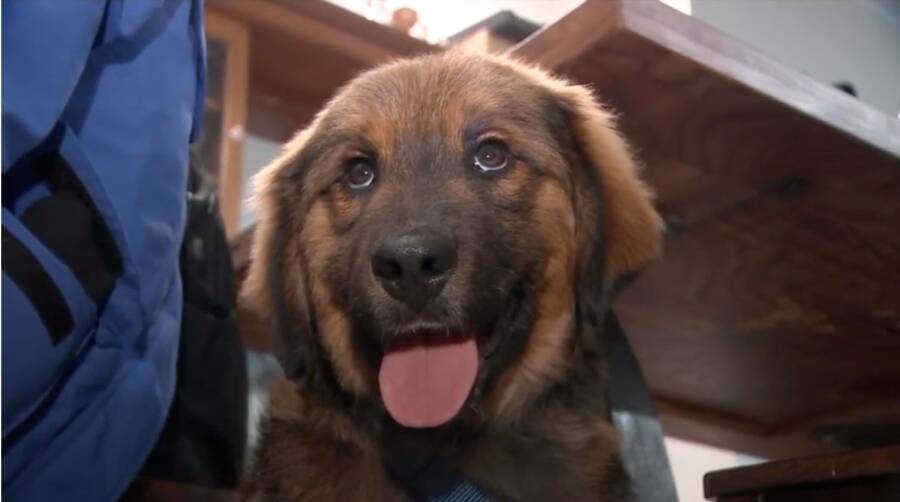 TwitterBear, the Leonberger-Bernese mountain dog mix, escaped from his collar on a trip to the pet store, ran about 30 blocks, and jumped into the Hudson river.

On Saturday, Dec. 3rd, a frightened puppy got loose while accompanying his owner to the pet store — then ran a mile-and-a-half and dove into the Hudson River. Fortunately, the dog was found just three days later on the other side of the water in Edgewater, New Jersey.

“I didn’t even know the dog could swim!” the puppy’s owner, Ellen Wolpin, told NBC New York. “I ran home, I googled, I called 911, they had patrol boats for hours on Saturday. They couldn’t find him.”

The runaway pup is a young Leonberger-Bernese mountain dog mix named Bear, a new addition to Wolpin’s family who arrived in New York only one week before his escape. Wolpin purchased Bear with the intent of training him as a service dog for her son, who suffers from seizures.

She and Bear were on their way to a pet store in Manhattan’s Upper West Side to get a harness for the nervous pup when he got loose.

“He was even scared to leave the apartment,” Wolpin told NJ.com. “He was excited when we took him to the park, but I never took him off leash. Even going downstairs, he was kind of getting used to the city.”

But Bear startled Wolpin when he escaped from his collar near West End Avenue and 80th Street on Saturday afternoon and took off running. She said someone tried to help her catch Bear, but that only “frightened him and got him to run even farther.” 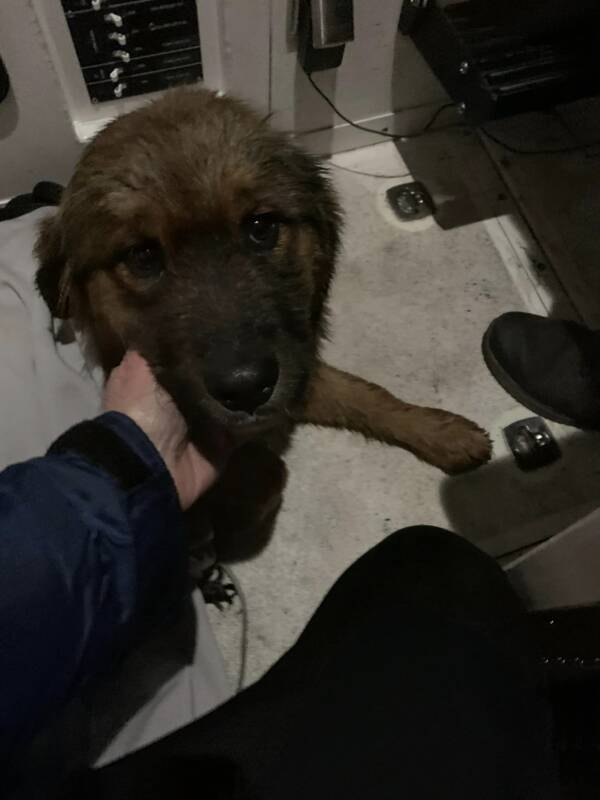 Another person saw Bear running through Riverside Park and tried to grab him, but the quick little puppy was too fast and got away.

He was last seen over a mile-and-a-half away, paddling in the Hudson River.

“Honestly, on Saturday night, I lost hope,” Wolpin said. “On Sunday, when I realized no vets and no shelters were calling me, I was like, ‘Okay, what am I going to do?’ because my son kept asking where Bear was. We were going to do the goldfish swap and get him a new dog and tell him that was Bear.”

Then, on the morning of Tuesday, Dec. 6th, Wolpin received a shocking call: Bear had been found, safe and unharmed, across the river in Edgewater, New Jersey. A local resident heard him barking from the pier and called the fire department to come and rescue him.

“The dog was literally standing at the end of the pier… it looked like a dog statue,” Edgewater firefighter Thomas Quinton told Inside Edition. “It was like it was ready to go, he was tired of being underneath there.”

The Edgewater Fire Department used Bear’s microchip to find his owners — and gave Wolpin a call to tell her the good news.

“I thought somebody was joking with me because there’s no way,” Wolpin said. “He was out there for two-and-a-half days by himself.”

Bear was “super thirsty,” but otherwise fit as a fiddle.

“We’re so happy,” Wolpin said. “We were giving him all these hugs and kisses and my son was… so happy.” 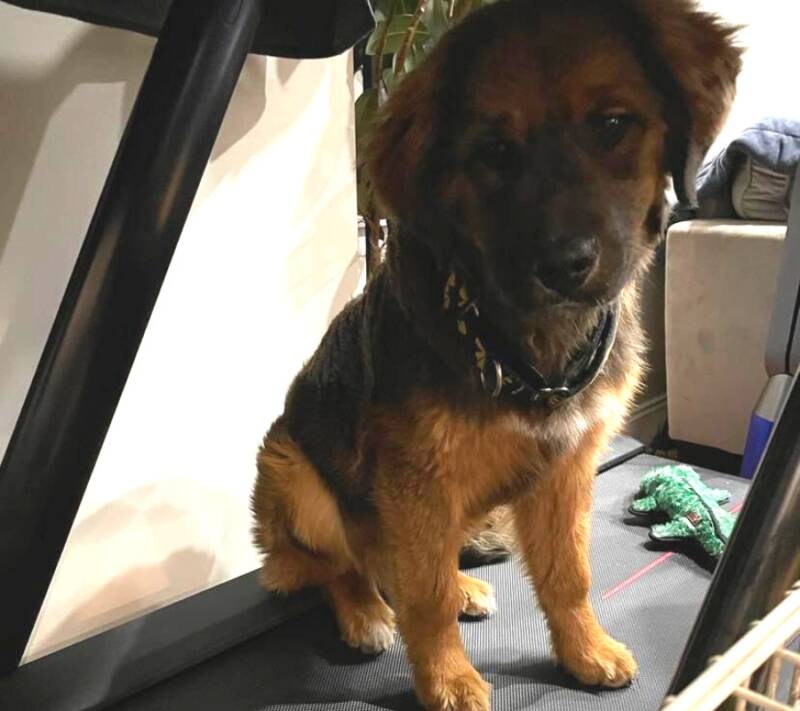 TwitterBear is back home with his family, safe and sound.

“I cannot thank the fire department and the police department enough,” she added. “From my understanding, they were there for about five hours trying to get him out from underneath the pier.”

Bear is now happily reunited with his family and still adjusting to life in the big city.

And hopefully, Wolpin joked, Bear’s days of swimming in the Hudson are over, “because when he came back, he was very stinky.”

After reading about this pup’s adventure in the big city, be sure to check out these 23 heartwarming photos of celebrities and their dogs. And if you’re still hungry for more uplifting animal content, see our gallery of 44 photos of cute baby animals.