When a 15-year-old girl told her dad that a strange man poked his head under her bathroom stall, a group of fathers made sure the peeping tom couldn't get away. 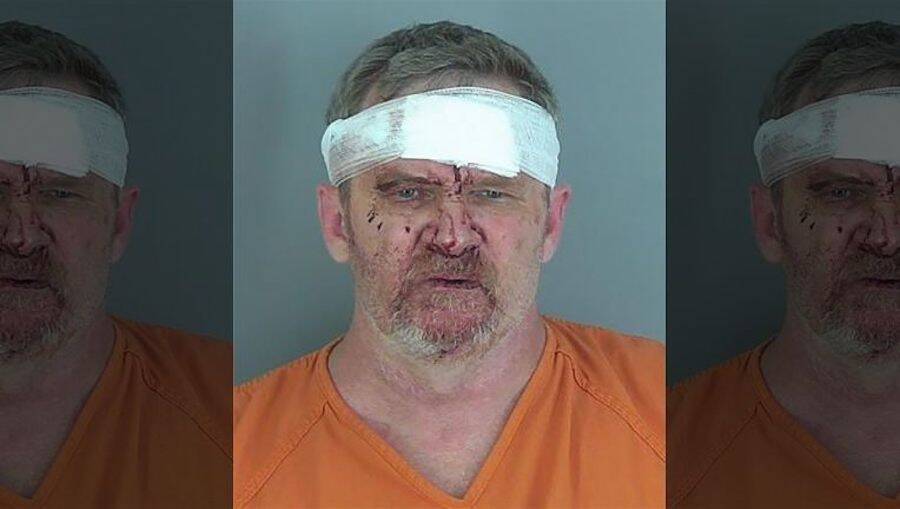 On Sunday afternoon, a teenage girl frantically rushed back to her father’s table at a South Carolina Cracker Barrel to tell him that a strange man had poked his head under her bathroom stall to ogle at her. Her dad and a group of his friends then found and restrained the man — who has since been exposed as a convicted sex offender.

According to WSPA 7, the incident took place at a franchise on Main Street in the town of Duncan. Police Chief Carl Long explained that the 15-year-old girl was in town for a softball tournament. She first noticed something moving in her peripheral vision near her feet while she was in the bathroom. She then realized it was a man’s head looking up at her.

Even though he was enraged by what his daughter had just told him, the girl’s father had the wherewithal to ask a female employee to get the man out of the bathroom. To make matters worse, however, his daughter wasn’t the only girl in the bathroom, which made it unclear whether this was an isolated incident.

“I’ll never forget the way they looked after,” a witness said of the girls. “They were traumatized.”

WSPA 7 News reports on the incident at the local South Carolina Cracker Barrel.

The offender has since been identified as 53-year-old Douglas Lane of Charlotte, North Carolina. He immediately tried to escape after the teenage girl informed her father of what had happened. Unfortunately for him, however, Chief Long explained that the teenager’s father confronted Lane at the entrance to the girls bathroom — and the two men had more than a few words.

“The guy came running, sprinting out the front door with a very bloody nose,” a witness said of the sex offender.

Another witness added that “Everyone was yelling, ‘Get him! Get him! Don’t let him get away.” Another man who helped to restrain Lane was heard yelling at him, “I’m gonna tell you, if that were my daughter, you wouldn’t walk away.”

According to Fox 4 News, a group of fathers then followed Lane out of the restaurant and tackled him to the ground. It’s safe to say that while some of his visible injuries occurred during the scuffle on the asphalt outside the restaurant, witness reports suggest that Lane was punched at least once before he ever made it outside.

But the band of resourceful dads wanted to ensure that the man faced more than street justice and so kept Lane pinned to the ground until police arrived. It was only then that they discovered Douglas Lane had been a registered sex offender in North Carolina since 2004 — when he was convicted of peeking into an occupied restroom. 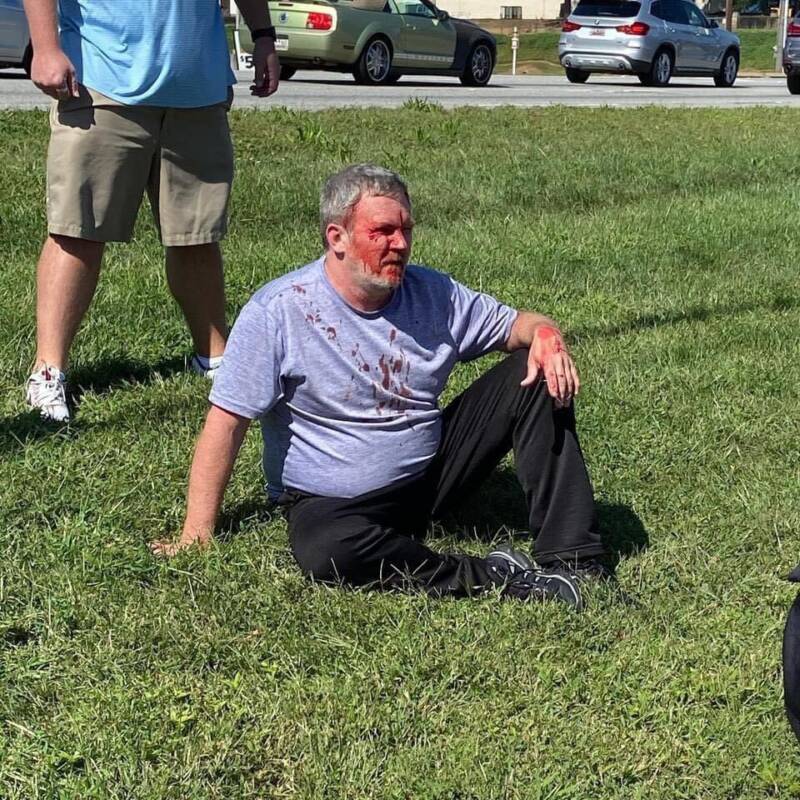 TwitterLane was injured while being restrained by the group of enraged fathers and presumably beforehand by the teenager’s furious dad.

As the disturbing government records revealed, Lane’s victims back then were eight and nine years old. Four years later, he was convicted of the same exact charge, though his victim was of age. Meanwhile, South Carolina’s sex offender registry detailed even more of Lane’s crimes, which included peeping, voyeurism, and aggravated voyeurism in 1997. He also failed to register as a sex offender in 1999.

Lane’s most recent arrest also saw that he was in possession of marijuana when he was caught.

Though this might be the least of his problems, the registered sex offender’s charges now officially consist of voyeurism, simple possession of marijuana, and possession of drug paraphernalia. His bond hearing on Monday saw Lane receive a $2,000 surety bond and enforced GPS monitoring.

After learning about the group of dads who restrained a registered sex offender spying on teenage girls in a Cracker Barrel bathroom, read about the Florida man arrested for trying to “barbecue” child molesters. Then, learn about the pedophile dwarf who was spared jail time because he was too short.